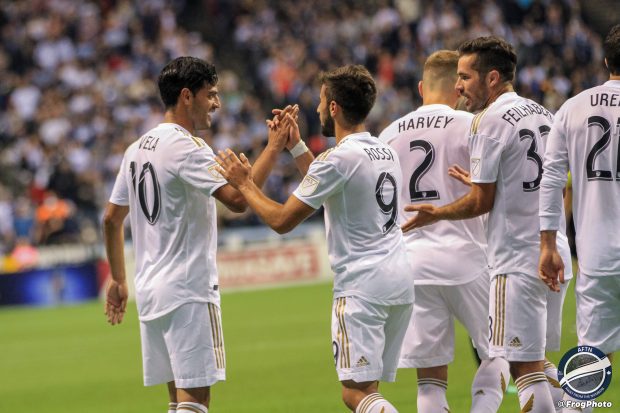 What happens when an unstoppable force meets a moveable object? That’s what we’re going to find out on Wednesday night when the Whitecaps clash with LAFC, who are currently the best team in MLS.

The black-and-gold are one of the three remaining undefeated teams (along with Seattle and Houston), they have a +16 goal differential, and they have pitched three straight shutouts, scoring 11 goals in that span (including a 4-0 win over Eastern Conference-leading DC United).

So, do the ‘Caps have a chance? Well, not really if they play like they did against Chicago. Yes, they almost won the match, but it was an ugly game from both sides. Marc Dos Santos called it the ‘Caps worst performance so far this season; a very damning remark considering they only have two points from six matches. Unsurprisingly, the ‘Caps were also hurt by VAR against the Fire, and the scoreboard for the season now reads “Video Review – 4”, and “Whitecaps – 0”.

Picking a potential line-up for this match is tough, not just because the team hasn’t played well, but also because there will definitely be some major squad rotation either this match or next. After flying back from Chicago following the Friday night tilt, the ‘Caps play at home Wednesday evening only to immediately fly back across the continent to Orlando to play an early game on Saturday. It’s a brutal nine-day stretch, with three matches and two major flights, including the distance derby of Vancouver-Orlando, the furthest road trip in MLS.

The player least likely to be substituted is Maxime Crépeau, who has been as blameless for the ‘Caps poor start as anyone on the roster. He’s conceded only six non-penalty goals in the six matches, and none of the four(!) penalties that have been awarded against the club were his fault. He’s spilled the ball in dangerous areas a couple times in recent games, but besides that has been pretty impressive considering this is his first time playing regular minutes at a level above USL.

The backline in front of him has remained relatively consistent, as Doneil Henry and Érik Godoy have started every game at centre-back, while Ali Adnan has started three straight since he joined the team. The question mark at the moment is right-back, where Scott Sutter drew in against Chicago for his second start of the season, displacing Jake Nerwinski – who was the presumptive number one heading into the year but has struggled so far.

I would hazard to guess that they will split the next two starts, which could go a long way to deciding who gets the lion’s share of the minutes going forward. With that in mind and Sutter’s Orlando connections, it’s hard not to see Nerwinski start against LAFC.

Midfield continues to be a major problem. I am not convinced in the slightest that the trio of Jon Erice, Felipe, and Russell Teibert will work – there’s too much overlap between them and none of them are going to wrest control of a match. Inbeom Hwang has the talent to do so, but Dos Santos has been placing him higher up the pitch in recent weeks, wanting to lessen his defensive responsibilities. I get where he’s coming from, but if the ‘Caps are continually out-classed in the middle of the park, it makes sense to put your best midfielder there to try and fix that, and against a team as dangerous as LAFC, he’s certainly needed in the middle of the park.

I think it’s fair to say that the forward line has been a colossal disappointment up to this point. I’m a big fan of Yordy Reyna, but aside from finishing off the gift David Ousted gave him against the Fire, he has been unable to do anything up front. He has been very ineffective on the wing, but the issue right now with trying to play him centrally is that he isn’t an out-and-out striker, and is also not capable as playing as a number 8 in the current 4-3-3 the ‘Caps are running.

A shift to more of a 4-2-3-1 with Reyna at the number 10 and Hwang as one of the two behind him might work offensively, but that might also leave the defence exposed – not something you can do against LAFC.

At the striker spot, Fredy Montero has continued to not find any rhythm, and Joaquín Ardaiz has continued to look as good as possible without scoring, this time hitting the crossbar with a rocket of a left-footed strike immediately after coming on in Chicago. It makes sense to give Ardaiz another start given that he’s been better at finding himself goalscoring opportunities, but the young forward is going to have to come good sooner rather than later.

Lass Bangoura and Lucas Venuto have been plug-and-play on the wings, and outside of Bangoura’s nice goal against Houston it’s been a lot of flash but no payoff from the two of them, though they are hardly alone in that regard. They’ll also both surely start at least one of the next two matches. 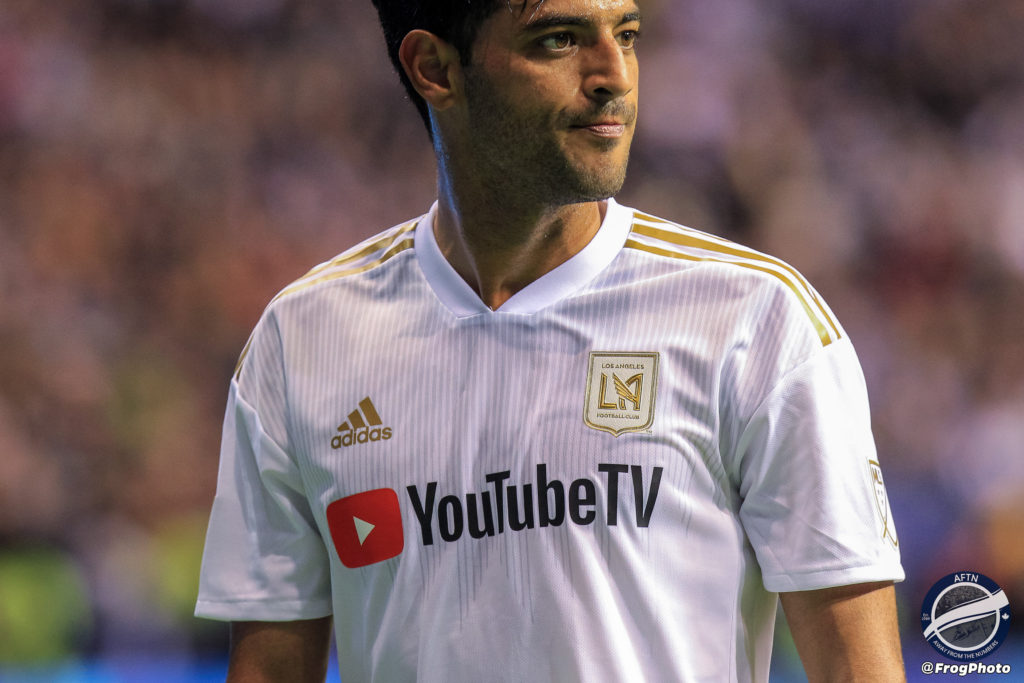 Looking at the visitors, LAFC are a scary proposition.

Carlos Vela has been a monster so far this season, leading MLS in both goals (8) and assists (5). Diego Rossi is their other main dangerman with 6 goals, while the Canadian Mark-Anthony Kaye has been a rock in the middle of the park, tallying 2 goals and 2 assists in six matches so far.

LAFC are dealing with a few injuries at the moment: DP Andre Horta has missed all but one match, Adama Diomande (2 goals, 2 assists in six matches) left their clash against DC United with a hamstring injury, and Lee Nguyen is listed as “questionable” after missing the last five matches with a leg injury. Despite that, they have plenty of weapons, and will be clear favourites on the road.

I was really, really hoping the Whitecaps would get the monkey off their backs with a win in Chicago, partially because the Fire aren’t that great but also because I am very worried about this match.

Of course, the ‘Caps are still the only team to have taken a point off Seattle, so despite their sluggish start they have managed to pull off an unexpected result. We’ll see if they can do it again against this high-flying California outfit.