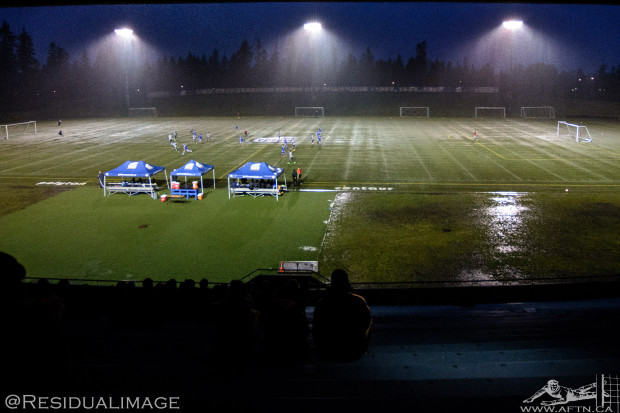 We never thought we’d see the day when we’d be sitting watching Christian Bolaños and Blas Pérez in a Vancouver Whitecaps kit playing against UBC Thunderbirds at Thunderbird Stadium in a monsoon!

But that was our Saturday night.

Both recent MLS signings are still working on getting their match fitness up to scratch and took to the pitch, along with Pa Modou Kah and Erik Hurtado, for WFC2’s first preseason friendly of the year, a 2-0 win over UBC played in torrential rain.

Who needs all the romance of a pre-Valentine’s Day dinner with your beloved when you can see Bolaños grab his first goal as a Whitecap?! Assisted by Pérez incidentally.

The ‘Caps used 21 players during the match, including three trialists, one of whom was former Whitecaps PDL player, and current Thunderbird, Harry Lakhan.

Bolaños opened the scoring in the 33rd minute, burying a Pérez cross low across goal into the corner of the net, after some good build up play from Brett Levis and 15-year-old Alphonso Davies.

Half time sub Fatawu Safiu made it 2-0 just over a minute into the second half with a long range rocket.

Both sides had their chances in the closing minutes, but that was to be how it all finished and WFC2 came through their first test of the year, keeping the 100% record for all Whitecaps teams so far this preseason.

“It was a good exercise,” WFC2 head coach Alan Koch told AFTN after the match. “We’ve been training and for Whitecaps 2 it’s the first game for a lot of guys. To be honest, it looked like their first that they’ve played in a few months. Having said that, it’s an exercise for us to come out and get some minutes in.

“Very, very useful. I thought we played well at times and other times it looked like we were playing our first game of the year and it looked like we were a little bit of a hybrid. Couple of first team players, mostly our USL groups and then a couple of our Residency lads. For our first preseason game, very, very satisfying exercise and give credit to UBC. A good, hard working, organised team. We knew they’d be that way and they gave us a good run.”

UBC certainly gave a good showing of themselves, as you expect from any Mike Mosher side, and they’re not a team that give up a lot of goals. Perhaps most pleasing from a WFC2 standpoint will be the clean sheet, after the “porous” defence seen last season.

Pa Modou Kah bolstered the backline for the first 57 minutes, in his first preseason run out of the year. There was a first appearance by Dutch centre back Sem de Wit alongside him, with 17-year-old Kadin Chung getting the start at right back and Levis starting at left back, a position in which he’s impressed Carl Robinson this preseason so far.

The biggest surprise, to us anyway, came in goal, with Residency alumni Sean Melvin playing the full 90 minutes. The big stopper has been playing his football with the University of Carolina Wilmington Seahawks in the NCAA these past three seasons. Could a return to Vancouver be on the cards for the 21-year-old keeper?

“We’ve brought him back,” Koch confirmed to us. “We’re potentially working through things to get him signed up. So it’ll be good to have another young, local guy as part of our group.”

It was another currently unsigned player who grabbed the crucial second goal for the ‘Caps, former Ghanaian U20 international Safiu. Could the ‘Caps be losing one Black Star favourite and adding another? It’s looking likely. 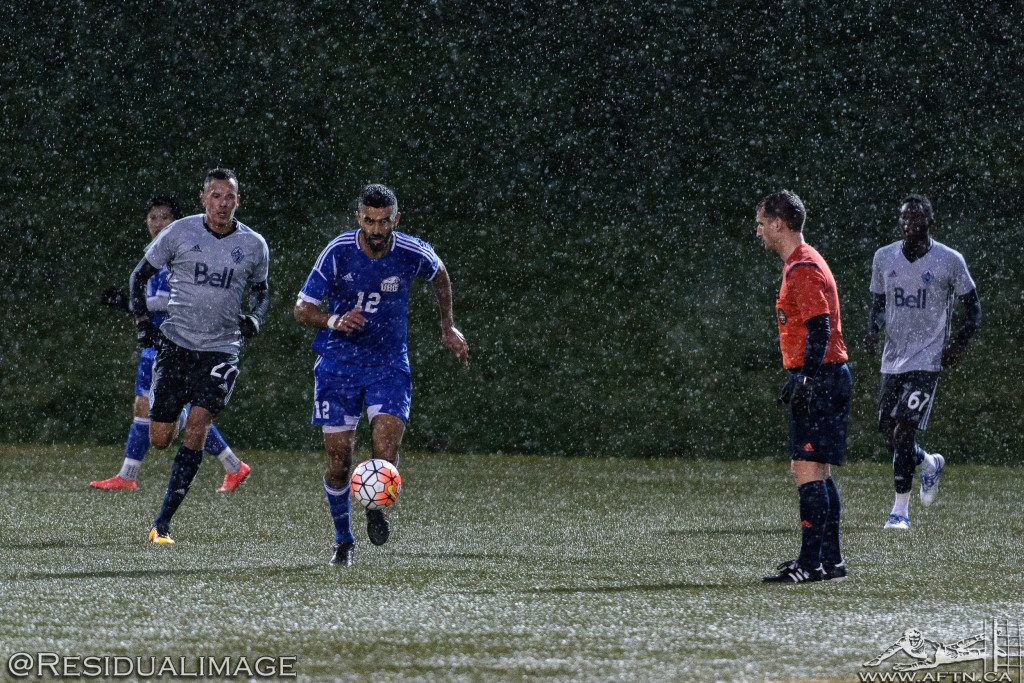 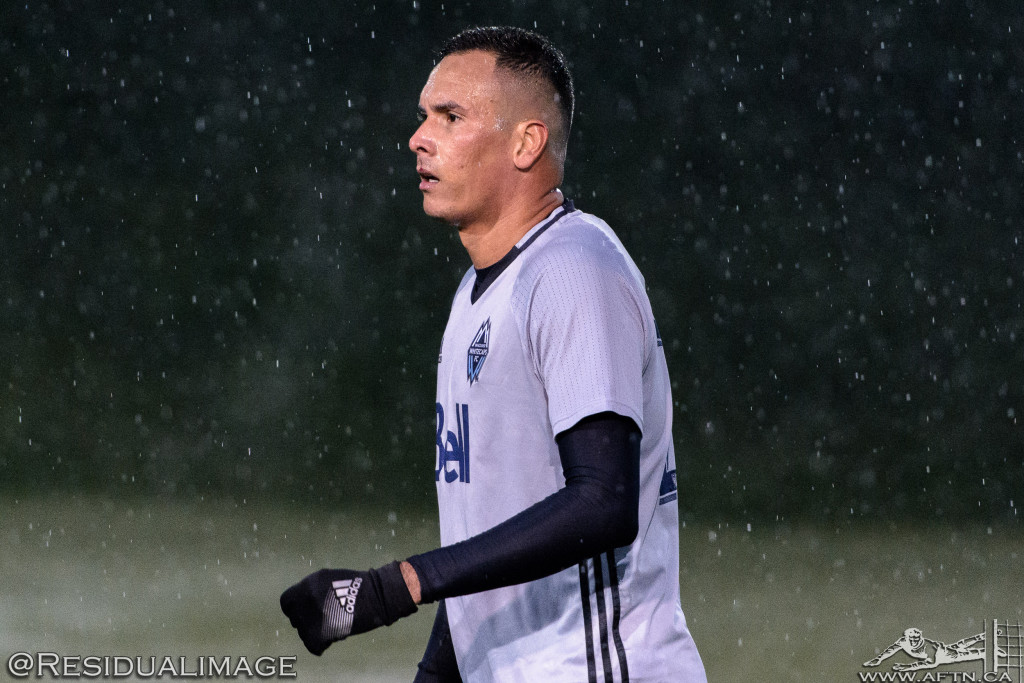 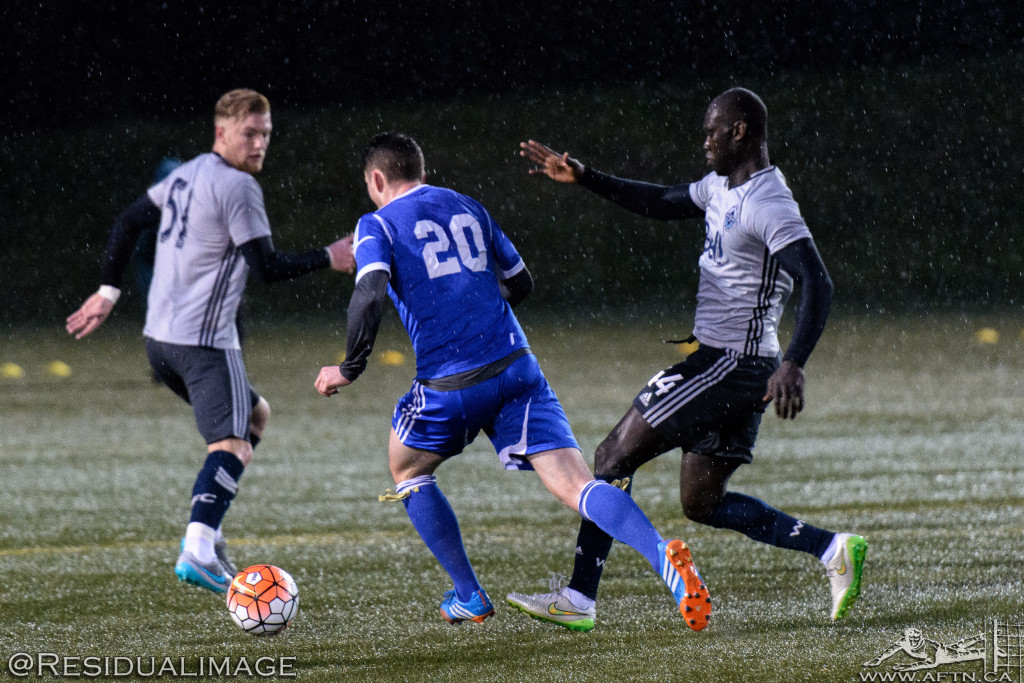 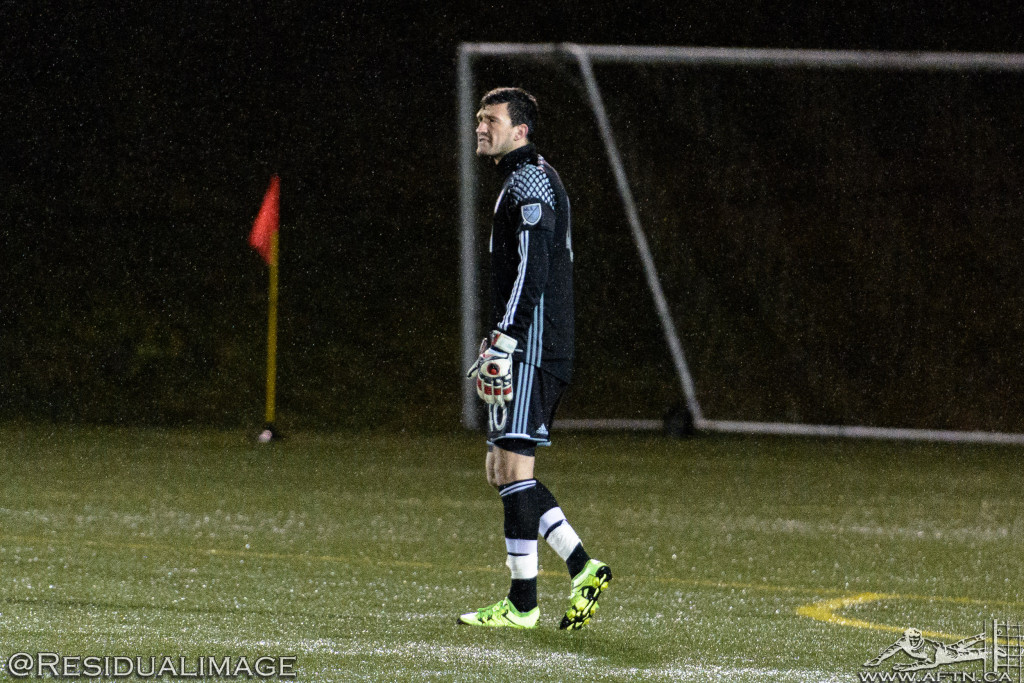 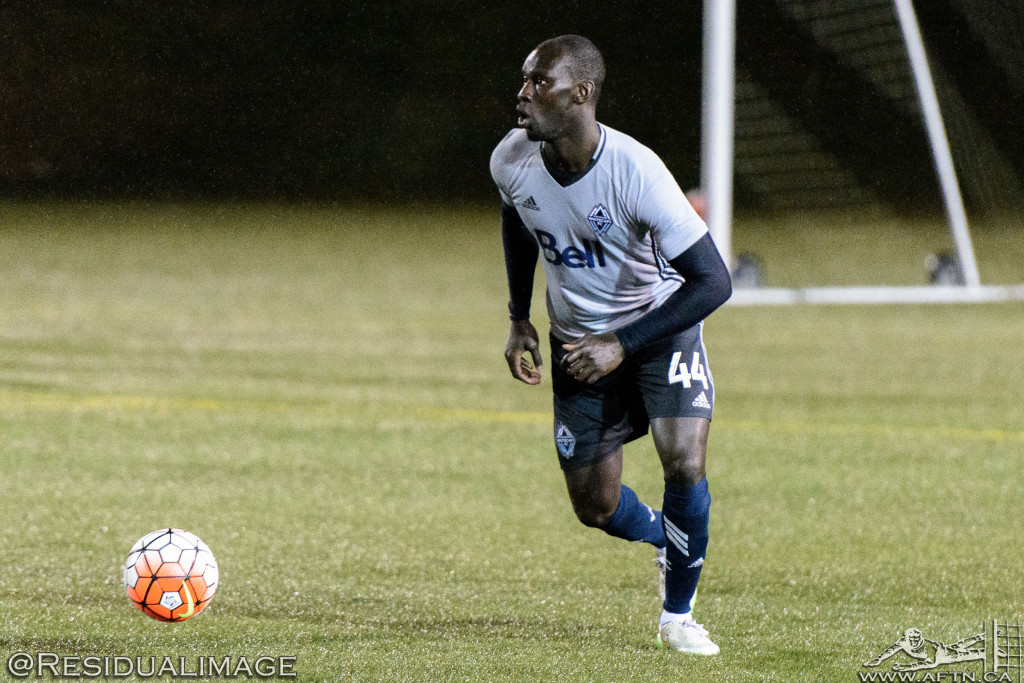 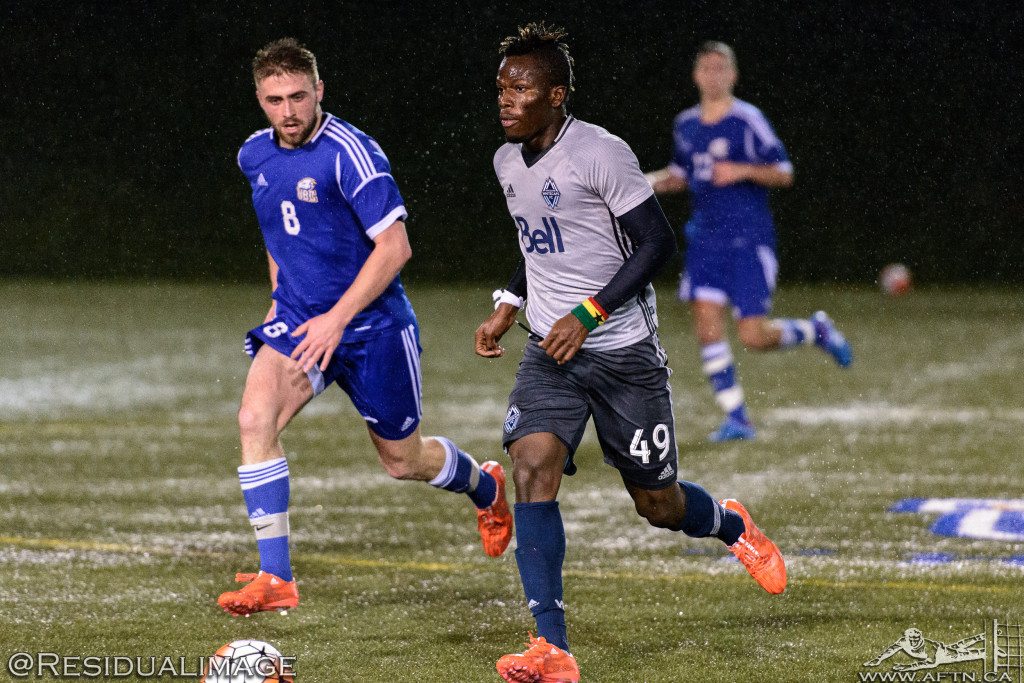 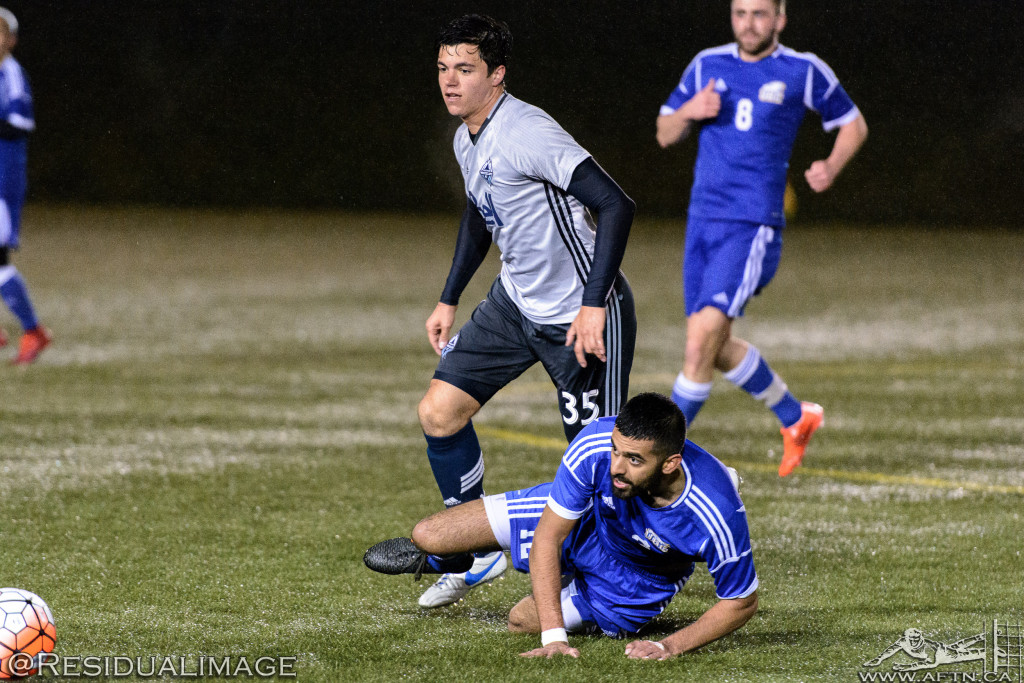 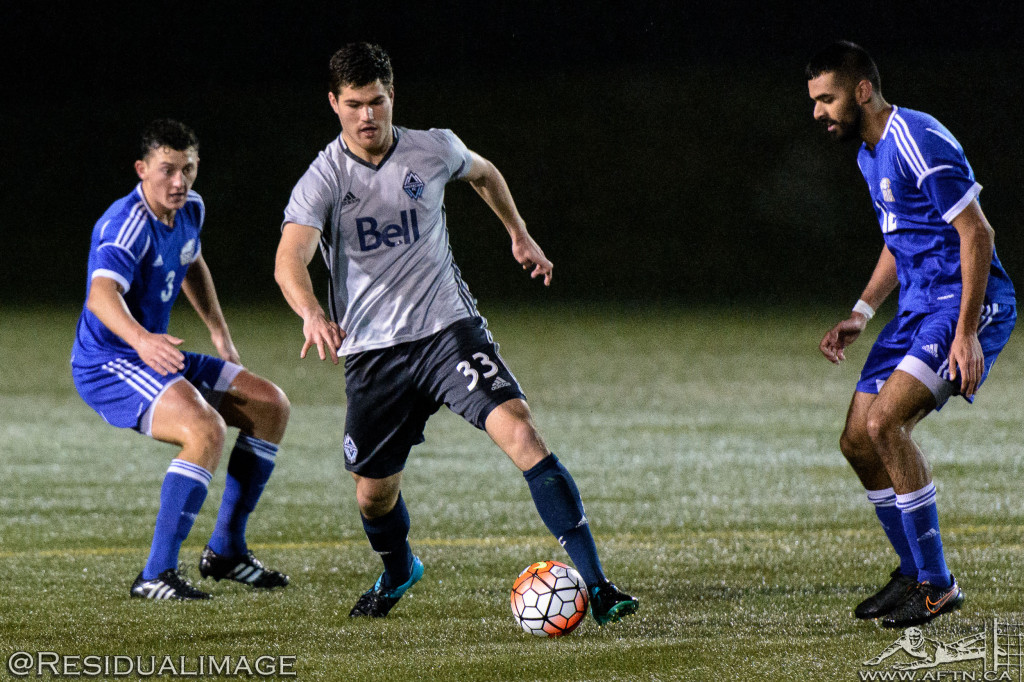