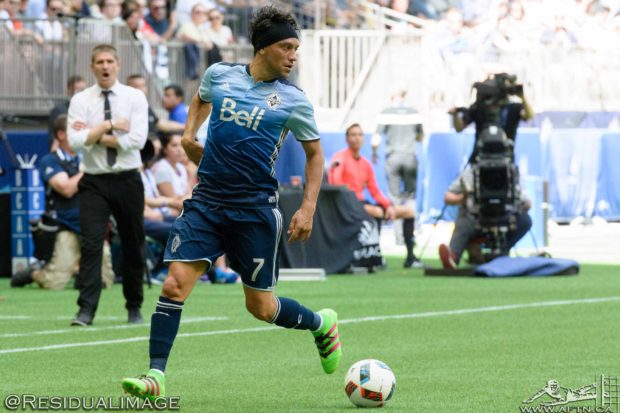 Christian Bolaños is only four months into his MLS career, but he’s certainly had an eventful start to life in Vancouver.

After receiving a retroactive red card in his first match against Montreal, for a tackle on Laurent Ciman, the Costa Rican veteran must have wondered just what kind of league, or rather refereeing, he was coming in to. By the time he’d won a controversial penalty down in Seattle in his second game, I’m sure he knew!

Bolaños grabbed an assist in that loss to Montreal, and was used somewhat sparingly in the first few matches of the season, as he found his feet in his new surroundings. He was given the start against Sporting KC at the end of April, just his third of the year, scoring his first goal as a Whitecap, and he’s been a first team staple since.

When Bolaños was signed, we were excited. We’ve watched him for years and knew what a good player he was and what he offered this team. A regular run in the team is now showing that.

With five goals in his last seven MLS starts, Bolaños is starting to find his groove. His latest strike proved to be the match winner in the Saturday’s 3-2 win at Philadelphia, finishing off a pass from Erik Hurtado to give the ‘Caps some breathing space in a tough game.

“Always I am happy to win,” Bolaños said after the win in Philly. “Even if I score a goal, for me, it’s more important to win the games. Obviously I try to score a goal every game to help my team and I’m very happy for my goal.”

The Union game was Bolaños’ first MLS start since returning to Vancouver after being away with Costa Rica at Copa America, where he played in all three group games, starting the final two.

It was a mixed tournament for the Ticos. There was a lot of hope, perhaps more than expectations on them, following their excellent performance at the 2014 World Cup in Brazil and although they bowed out at the group stages having only lost one game, they went home with a feeling that they could have done better.

An opening 0-0 draw with Paraguay, that saw the ‘Caps Kendall Waston sent off in stoppage time, likely proved the killer blow for a Costa Rican team that ended up finishing third in their group on four points, two points shy of qualification for the knockout stages.

Their 4-0 hammering by the US was a shocker, but then the team showed what they were capable off by beating Colombia 3-2 in their final match. All in all, a mixed bag, but at the same time, an excellent experience and development opportunity for the team. 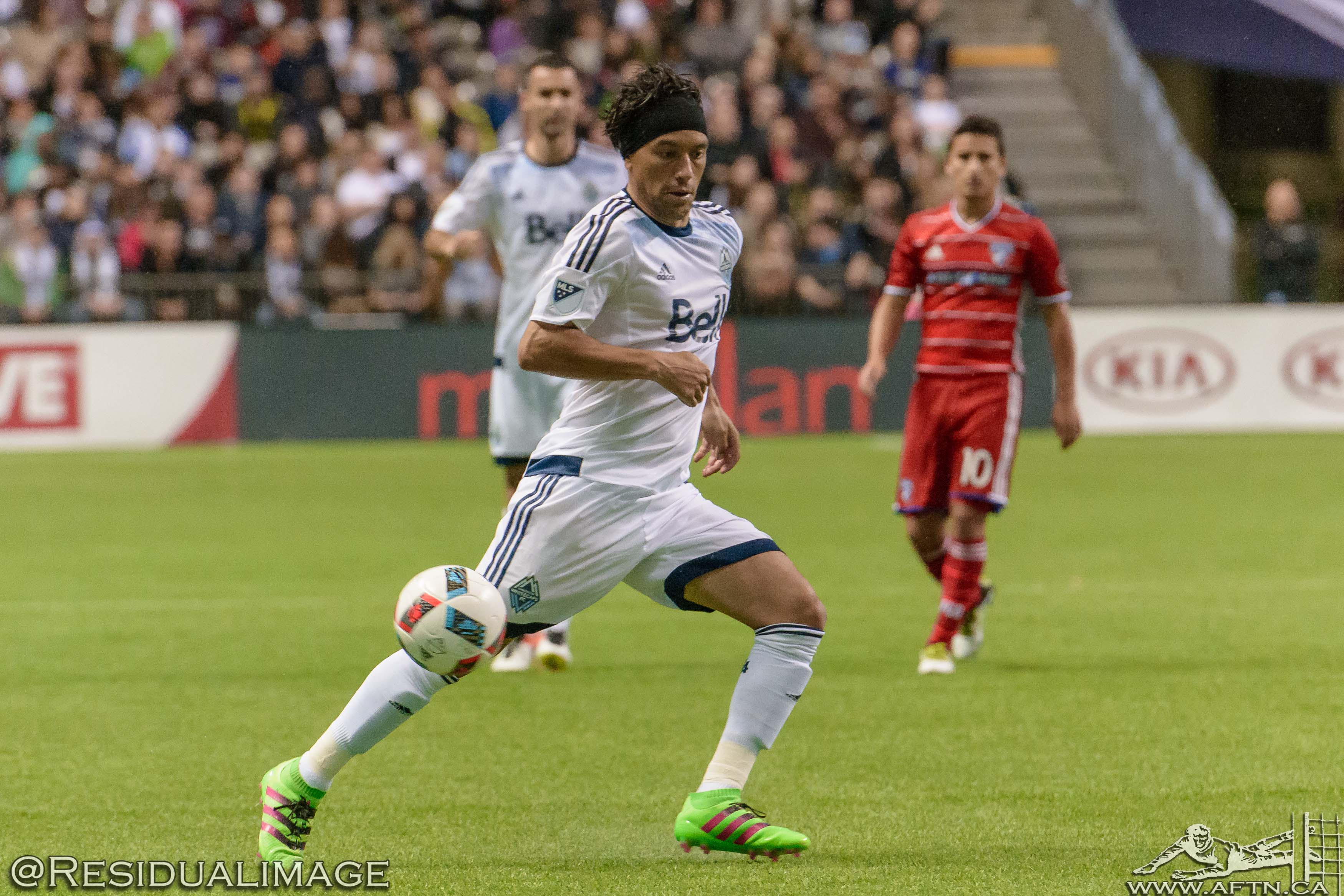 Having made such an impression on the world stage in 2014 World Cup, Bolaños is hoping that Costa Rica’s Copa experience will serve them well in the remainder of their CONCACAF qualifying campaign as they look to make it to Russia in 2018.

They’re currently sitting pretty in Group B, and only a catastrophic collapse defensively in their final two matches will prevent them advancing to the Hex once again. After that, who knows, but Bolaños is confident they’ll be back on the world stage in two year’s time.

“Costa Rica made very good work out in Brazil,” Bolaños said. “Everybody now knows who Costa Rica is. So I’m very happy about that. But football is in the moment, so we have to still work. We had Copa America, which we’ve never played in, so it’s different. New and a different competition. But we got a good experience there, so it’s important for us to keep focussed on the qualification games.

“It’s really hard work and it’s difficult to go through, but we have a good national team. Good players who play football in the US, so that makes it good for us to play in the national team [together], so I hope that we play good in the qualification games and go through to the World Cup in Russia.”

Bolaños has his eyes firmly set on a third World Cup finals appearance, but after, internationally, that may be him and he doesn’t feel he’ll likely be at another Copa America. But on a personal level, he enjoyed this one and the US’ hosting of it.

The last few months have been a busy time for the veteran midfielder, but he’s glad to be back in Vancouver and is fully focused on tonight’s Canadian Championship final with Toronto, keen to win his first piece of silverware as a Whitecap.

“I feel good to be back with my teammates,” Bolaños said. “Especially with a great win [on Saturday], so we get good confidence for the next game. It’s a very important game as we have the final of the Cup. It’s a positive to win this game before we play that next game at home.”

You wouldn’t bet against him banging in another goal either.

[Thanks to Jonathan Tannenwald from Philly.com (@thegoalkeeper on Twitter) for getting the quotes from Bola for us after Saturday’s game] 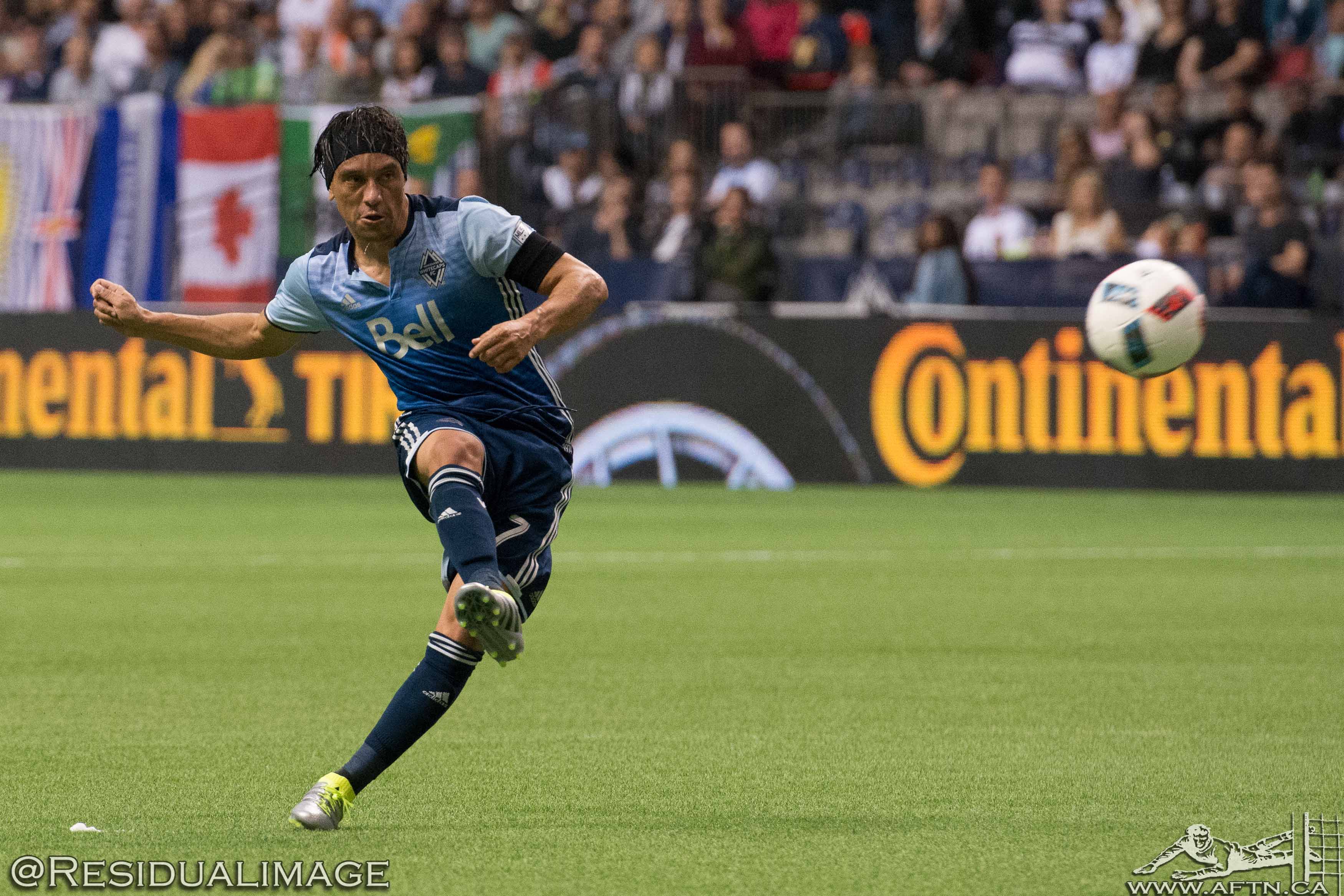