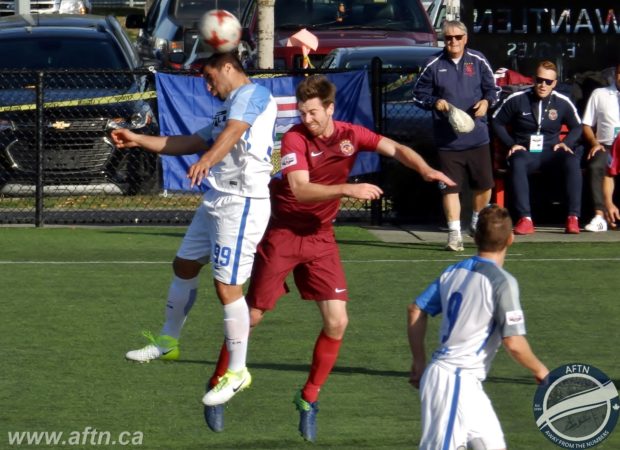 The 2017 Challenge Trophy, Canada’s Nationals for amateur teams, kicked off at Newton Athletic Park in Surrey on Wednesday with British Columbia’s representatives, VMLS side Club Inter, getting off to a winning start and putting themselves in pole position to make Monday’s final.

But there’s still a lot of football left to be played before that.

Inter are in Group A and kicked off their first ever Challenge Trophy campaign with a dominant 2-1 victory over the number one seeded Calgary Callies on Wednesday afternoon.

The BC Provincial Cup champs took the game to the Alberta side from the start, creating a number of great chances, with Milad Rahmati proving to be a real handful on the right.

Rahmati sent a nice ball across the face of the goal, with no takers, before breaking free and firing into the side netting minutes later. But it was to prove third time lucky for Inter in the 29th minute when Rahmati hit the byeline and cut the ball back perfectly for former FC Edmonton man Michael Nonni to fire home from 10 yards out. 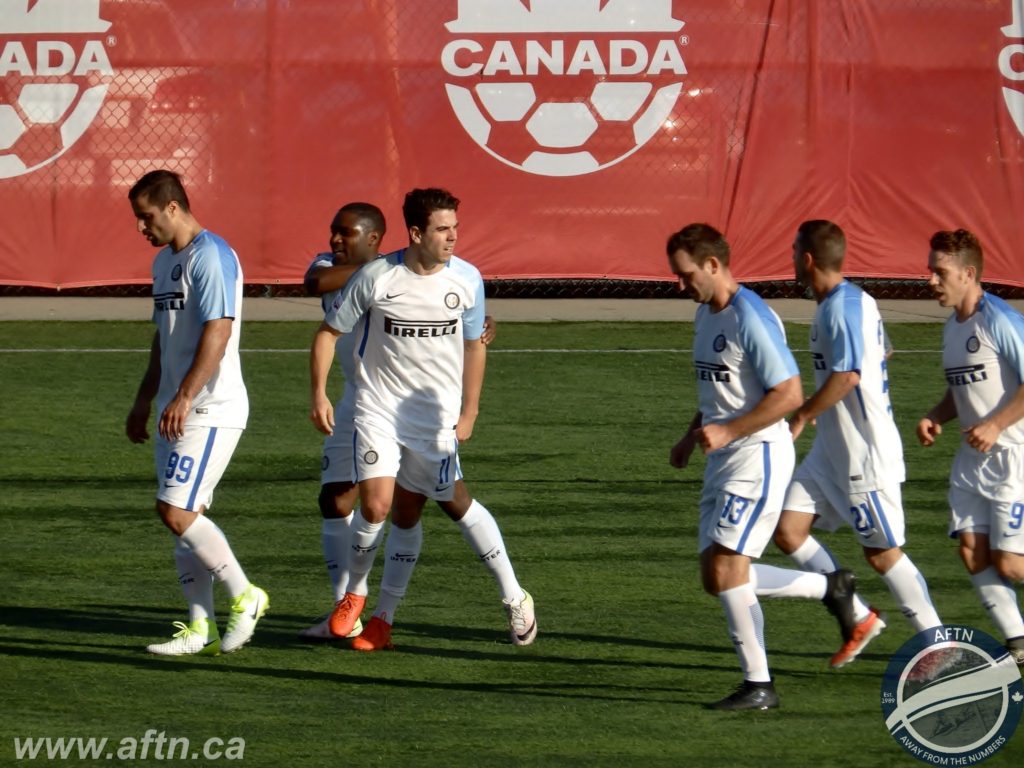 Inter tried to build on that first half performance and had a number of chances to add to their tally, the best of which was a Milab Mehrabi free kick which crashed off the left post. But they struggled to get their shots off in good positions too and you wondered if it would prove costly.

Calgary came within inches of unexpectedly levelling things up when a blocked free kick fell to Ken Murphy, who swivelled and struck a sweet volley that just flew past the post.

But the BC boys eventually doubled their lead with four minutes remaining following a concerted spell of pressure. Mehrabi pounced on some indecision in the Calgary box, where their defenders just seemed to stand still, rounding Callies keeper Seth Richardson and tucking the ball away.

That seemed to be job done for Inter, but there was still some drama saved for stoppage time with Daylan Cato Mayer pulling one back in the 91st minute before substitute Diego Forno got sent off moments later for a stupid tackle and reaction.

So a closer scoreline than the performance merited, but a fantastic start to Inter’s campaign that saw them topping the Group A standings after the first round of matches.

You can see both the Inter goals and Mehrabi’s free kick in the video below, along with some more photos at the end of this piece.

Saskatoon HUSA Alumni beat Newfoundland’s Holy Cross SC 1-0 in the other Group A game on Wednesday. They followed that up with an exciting 3-2 win over Calgary Callies in both team’s second matches on Thursday to lead the standings.

That sets up a cracker of a match for Club Inter on Friday against the Saskatchewan team, in what could be a game that decides which team will make Monday’s final. Kick off is 1.45pm and there will be a live stream for those that can’t make it along.

HUSA will be playing their third game in three days, while Inter will be rested and should be able to go with a near full strength team again.

But Nova Scotia’s Western Halifax SC shouldn’t be ruled out either. They had a bye on gameday one, but won their first match on Thursday 3-1 over Holy Cross and could still have a say in who makes the final.