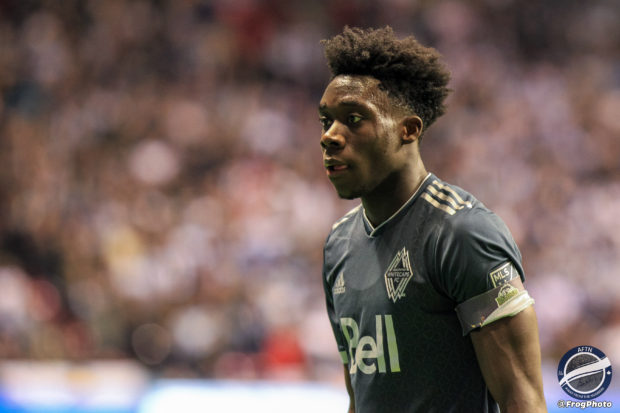 Vancouver Whitecaps have probably been in the media spotlight more these past few days than they have at any other time during their MLS era so far.

Alphonso Davies’ record-breaking transfer to Bayern Munich was concluded on Wednesday. The build up to the deal and the aftermath of it has seen the Whitecaps garner much attention locally, nationally, and internationally. So many column inches written, so many talking heads waxing lyrical.

The majority of it all has, understandably, been about Davies’ rise, what it means for North American soccer, and how the Whitecaps might be spending those wads of Bayern bucks they’ve received – or DAM, Davies Allocation Money as we’ve taken to calling it.

Very little has been written about the actual Whitecaps on-pitch performances this past week. That may have been a blessing after the horrible performance down in Seattle, but a disappointment after the ‘Caps reached another Canadian Championship final after a battling and dominant win over Montreal on Wednesday night.

With his transfer talk at the crucial stage, Davies has missed the Whitecaps last three matches. And they’ve missed him. Badly. So has all the hullaballoo been a distraction, an irritant, or a non-factor for ‘Caps coach Carl Robinson this past week?

“It hasn’t distracted me,” Robinson mused to the assembled media at Whitecaps training on Thursday. “It’s not been a perfect scenario because literally over the last ten days I’ve been trying to avoid the answers to your questions. But, we’ve missed him.

“All said and done, does that deflect from the performance in Seattle? No, and I said my piece after the Seattle game. Did we miss him [on Wednesday against Montreal]? Yes, we did miss him yesterday, but the boys performed yesterday. So it’s probably not been ideal but it is what is.”

The end result has been just three points lost, a whopping transfer fee received for the Whitecaps, and a great move to help Davies’ development and the chance to move to the next level. Not a bad pay off and Robinson is delighted with how things have worked out, for both the club and the player.

“The outcome is the young boy’s got a wonderful move to a top football club,” Robinson added. “Where I think the next progression and the next chapter of his life is needed, because when you read out the names of the Munich players, the likes of Ribery, Robben, Vidal, and people like that. You want to learn from the best, and he’ll certainly be learning from the best.” 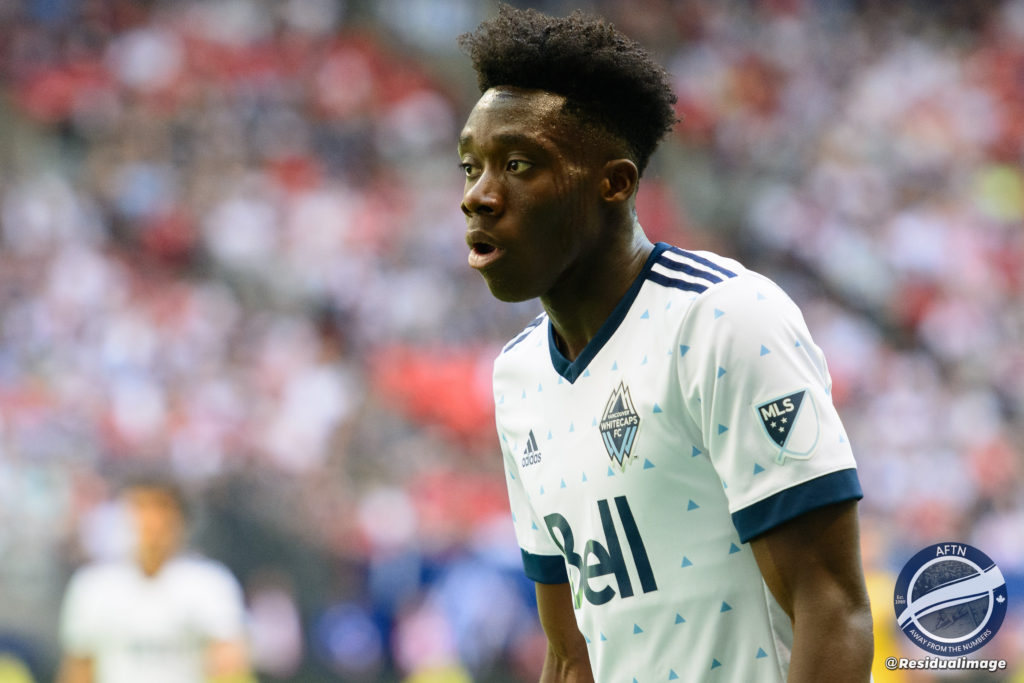 But Davies isn’t going anywhere just yet, which is great news for the ‘Caps as he’s been the Whitecaps Player of the Season so far.

The financial aspect aside, the biggest plus for the club from the Davies deal is that the wunderkind will remain a Whitecap until the end of the season. That means at least 16 games, including the Canadian Championship, and maybe more if Vancouver can get their playoff push back on track.

Of course, that does throw up the prospect that Davies could get an injury in that time. Although it’s a done deal no matter what happens in that regard, have Bayern dictated any playing time or rules around the 17-year-old for the rest of the season?

“No, he’s my player through the end of this year,” Robinson was quick to state. “At this moment, if you at the first 20 games of the season he’s been arguably one of our best players, if not our best player. We need him. We’ve missed him the last couple of games because he brings that spark, enthusiasm, and little bits of quality that we haven’t got in the team.

“It won’t change the way I want to play him. If he’s tired or if he’s not up to the levels, then he won’t play. He’ll come off the bench, but if he’s fit and ready, I’m sure I’m like every other fan. They want to see him play 95 minutes in every game that he’s available.”

A quick glance at the season stats explains why. Davies leads the team with eight assists. His three goals place him third on the scoring charts. He also leads all of MLS with dribbles and is the highest rated player on WhoScored.com, with a 7.56 rating (one of only two ‘Caps players above 7, the other being Kei Kamara).

That’s all impressive for any player, never mind a 17-year-old. His stats should read more as well, with some other assists that could easily have been credited to Davies. He should also have had more goals himself, and more assists if others had finished the chances he was creating for them.

It’s all quite telling and shows just how much the Whitecaps rely heavily on one player to make them tick. That’s worrying in itself. The fact that that player is a teenager, albeit a very special one, is taking that to another level and raises some serious questions about this Whitecaps squad, never mind the task now facing them to replace such a talent.

But that’s for later. Right now, the Whitecaps need him back in the team, back producing, and helping the team turn around their faltering fortunes if they want to return to the playoffs. The first chance to do that comes this weekend at BC Place when a dangerous and in-form Minnesota United come to town.

With the Loons now above the ‘Caps in the table, Vancouver need some spark to reignite their league campaign. Davies can certainly provide that, but it shouldn’t all be on him, and neither should everyone’s expectations be that he’s going to turn it on every game that’s left. That’s simply not realistic.

We saw last season when Davies returned from a tiring Gold Cup performance that saw him win the Golden Boot with Canada, that his form dipped. All the travel, emotions, attention, and drama of the last week or so has to have taken its toll on both his body and mind, and as much as everyone wants to see him play on Saturday, and as much as Vancouver could really do with him, he’s not guaranteed to get the start and it may be better that he doesn’t.

“I’m sure you’ll want him to play,” Robinson said when asked if he would be straight back into the starting line-up this weekend against Minnesota. “He’s not trained for eight or nine days, barring one half session. He’s done a lot of travelling. There’s the physical side but also the mental side. You hear me say it all the time, the mental side is half the challenge.

And even though Davies is soon to be a Bundesliga player at one of the biggest clubs in the world, it’s not going to change the way Robinson and his coaching staff treat him for the next couple of months he remains here.

And for the Whitecaps to make it into the postseason, and lift a second Voyageurs Cup, they’re going to need him to be at that best.