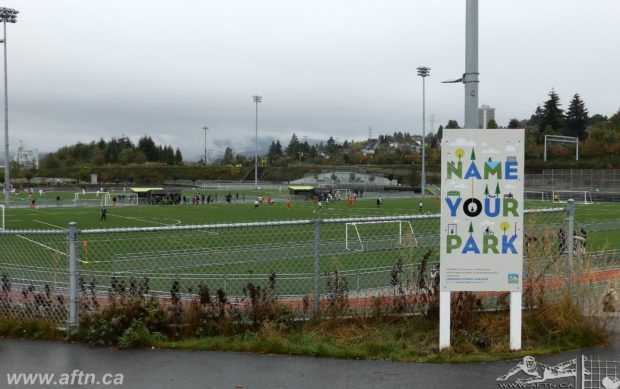 Week two of the new VMSL season is in the books and it hasn’t taken long for last season’s Premier Division champions, Coquitlam Metro Ford Wolves, to make their way to the top of the table again, where they sit with the only 100% record to start the season in the top division.

They did it in some style too, demolishing last week’s big winners, Rovers Tigers United, 6-1 in Surrey. Carlo Basso gave the United defence a torrid time throughout, grabbing his second of the season, with Ryan Ashlee, Sang Hwang, Vito Iacobellis, and Lucas Krivak also finding the back of the net in this one for Wolves. Joey Brar hit Rovers Tigers consolation.

Another team with six appeal was Croatia SC, who scored their first win of the season in emphatic fashion, seeing off ICSF Columbus 6-3 at Empire. The Malamura brothers David and Mark bagged a brace each, with Emile Saimovici and Edward Tsen adding to the goalfest. 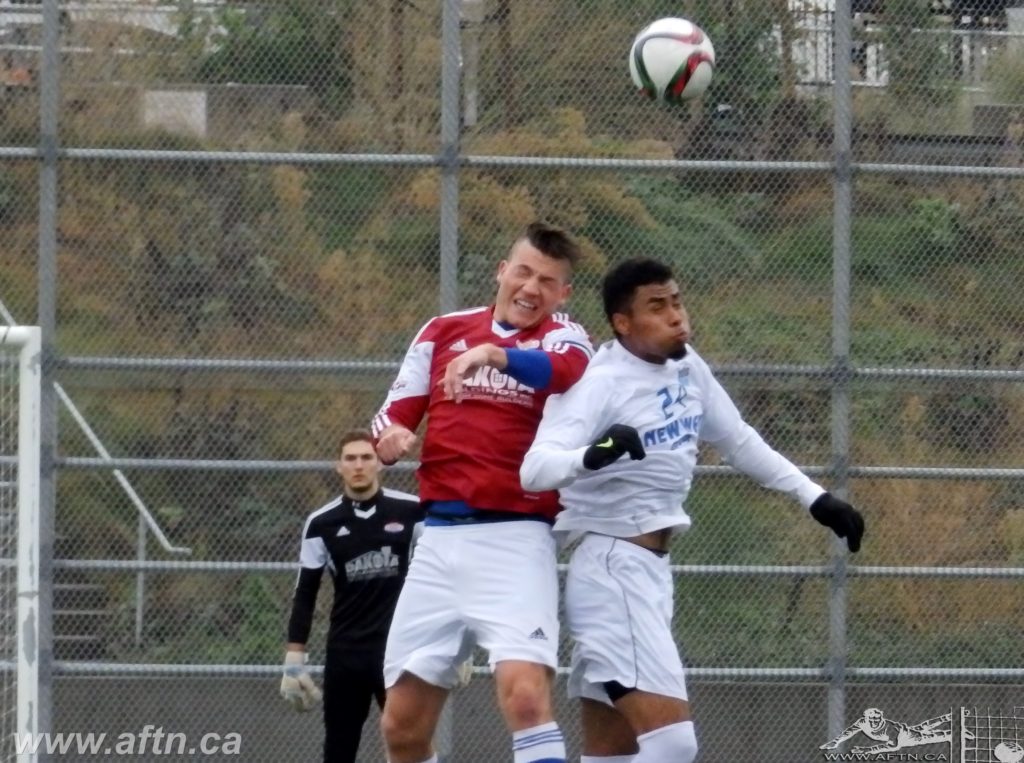 That win moved Croatia into sixth spot in the VMSL Premier, one point behind a quartet of teams on four points.

West Van moved into second place in the Premier following a comprehensive 4-0 home win against the newly promoted Westside FC, who are now rooted to the bottom on goal difference. Mohammed Habib grabbed a brace for West Van, with Jesse Fetterley and David O’Connor grabbing goals as well.

Last season’s Provincial A Cup champions, and Premier runners-up, Pegasus FC, continued their preparations for next month’s nationals with a 1-1 draw at Richmond Hibernian, which sees them sit in third place in the table on four points alongside West Van, North Delta, and Pacific United. Former Whitecap Yassin Essa grabbed his first of the season for Pegasus, with Peter Chivers scoring for Richmond.

Pacific United and North Delta both kept their unbeaten starts to the season intact with a 1-1 draw at Newton.

Narcisse Tchoumi struck twice for EDC Burnaby, but a brace for Alexander Marrello set Club Inter on their way to a first win of the season, seeing of the 2015 Provincial Cup champs 4-3 in a wild one at Empire on Friday night.

Those results leave the VMSL Premier table as follows, after Week 2: 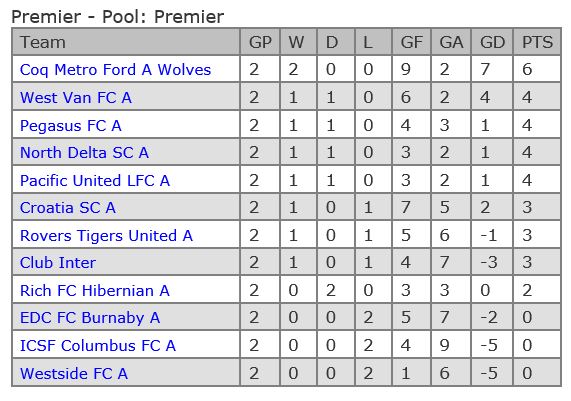 In Division 1 action, Binger’s Army lead the way on goal difference as one of three teams on maximum points after the first two round of matches.

After last week’s forfeit by Akal FC resulted in a 3-0 win for the Army lads, Binger’s finally got to play a game this past weekend, seeing off South Delta Royals by the same scoreline on Friday night.

Our good friends at Rino’s are having an excellent start to the season with their three clubs taking up the 2nd, 3rd and 4th spots in the standings after Week 2.

Rino’s Tigers saw off FC Romania 3-1 on Saturday afternoon to sit second, with Rino’s Fury winning 2-0 at NVFC Norvan Lions on Sunday to also move onto the six point mark. Rino’s Vancouver also grabbed their first win of the season on Sunday, winning 3-2 at Metropolitan.

Newly promoted, and Provincial B Cup champions, Campo Atletico got their first win of the new campaign with a good 2-0 victory at CCB Guildford, while Akal FC forfeited another match on Friday night, with GN Sporting Club being awarded the 3-0 win.

AFTN headed up to Empire again on a soggy Saturday afternoon, after watching the Whitecaps playoff hopes basically be extinguished by Seattle, to catch the second halves of the Premier game between Croatia and Columbus and the Division 2B match between Vancouver United and Meraloma. 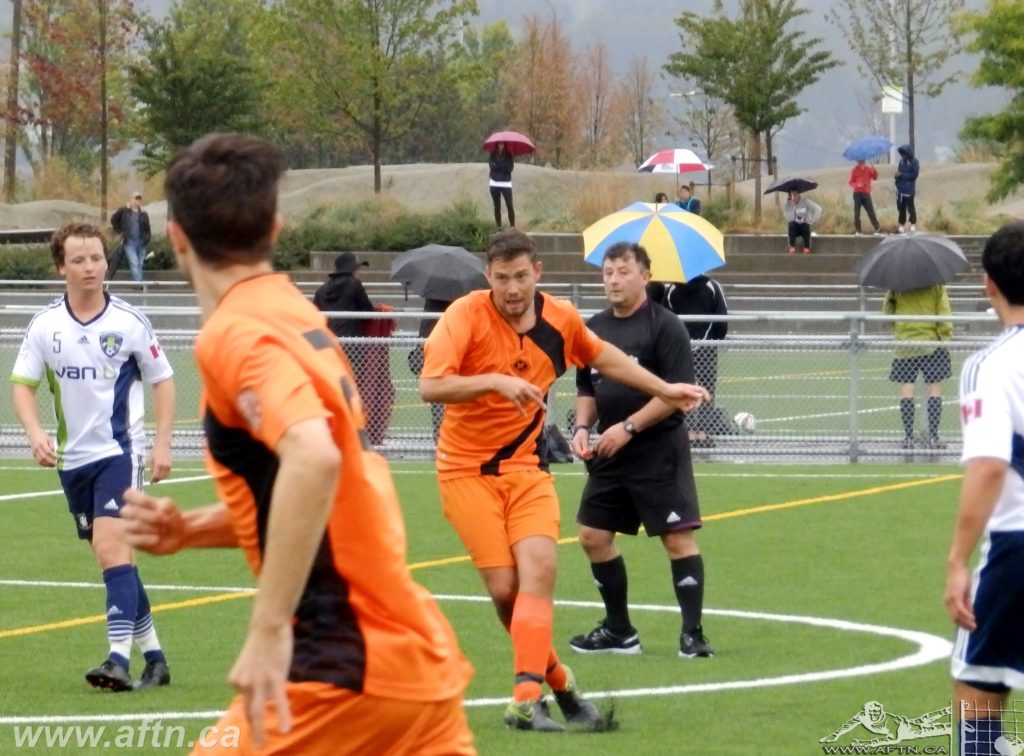 The Umbrella Ultras were there to cheer on their boys in blue and green, but it wasn’t enough to stop Vancouver United Rangers from going down to a 3-2 loss to Meraloma. With Meraloma playing in a tangerine kit, I felt I was back home in Scotland watching Rangers playing Dundee United, albeit at a lower quality! Well, maybe not for the Arabs these days. Anyway, we digress…

It was a closely contested match with Vancouver United looking like they’d earned a point when they tied things up at 2-2 with this fine free kick below, before Meraloma took home all three points with a winner with the last kick of the game.

In Division 3A, VAFC Celtic, Campo Libre, and America FC are all sitting on six points from their two matches, as are Cliff Senior Cobra, Bowen Island FC, and B United in Division 3B, and Coquitlam Metro Ford Lupi, Strathcona United, and Richmond FC Olympics in 3C.

There’s another full slate of matches on this weekend, check out the full fixture list HERE. Get out and enjoy the good weather and some local football if you can (manbuns optional). 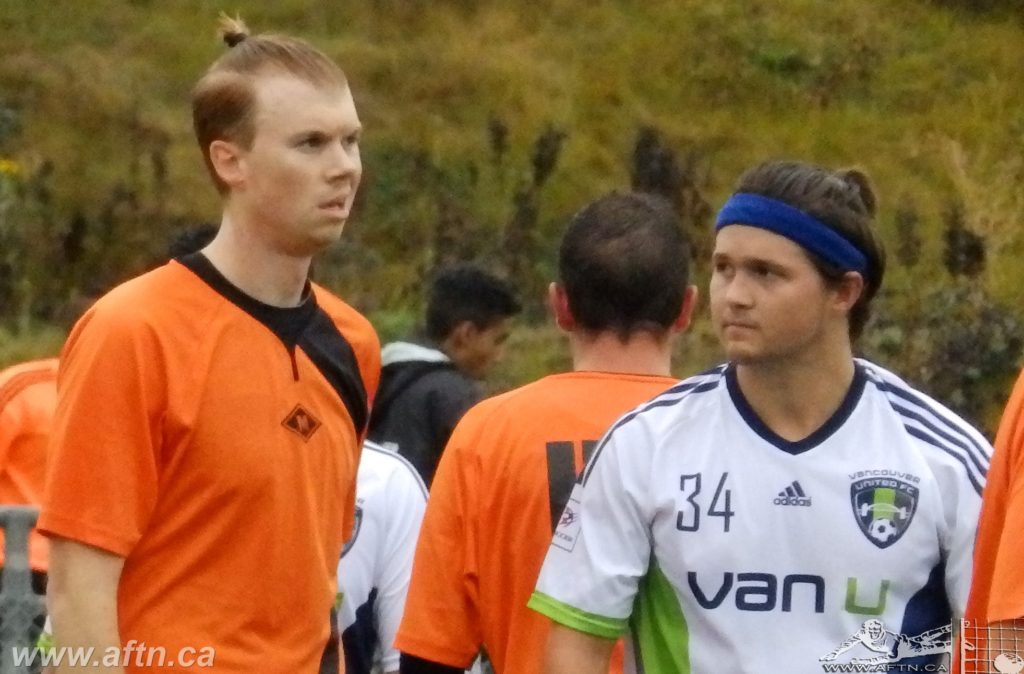