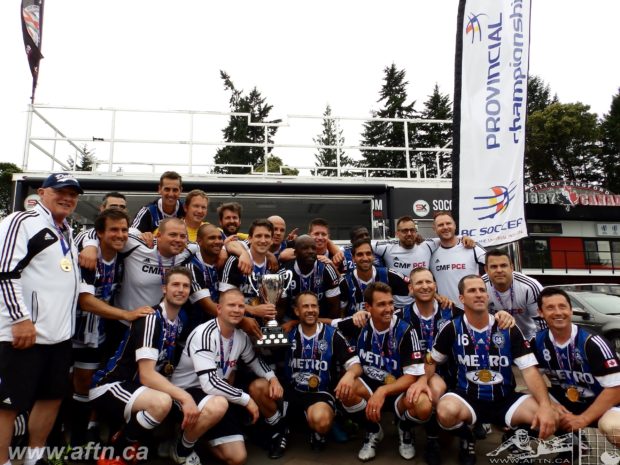 Coquitlam Metro-Ford PCE fought back from a goal down to hit a stoppage time winner and lift the Deryl Hughes Cup against Croatia SC in Saturday’s BC Provincial Masters final.

The game looked certain to head to extra time at Langford’s Westhills Stadium before Trevor Todd’s dramatic late winner, after a hard fought and closely contested game between the two VMSL sides.

Coquitlam made most of the early running and Oliver Heald nearly gave them an 8th minute lead with a shot from ten yards out, but Croatia’s keeper Kresimir Brzica turned the ball around the post for a corner.

Croatia came closest yet to breaking the deadlock in the 17th minute when a free kick to the back of the box was headed on to Maarten Koorn in front of goal, but he crashed his effort off the bar from eight yards out.

Koorn again came close to giving Croatia the lead, flashing a shot just past the left post in the 36th minute, as they finished the half the stronger of the two teams.

It was Coquitlam who came out all guns blazing to start the second half. Brzica came up with a huge double save in the 49th minute, turning Tiarnan King’s header onto the bar then coming up with a leg save to deny Todd from the rebound.

Brzica was in action again five minutes later, saving a Heald shot from the edge of the box.

With the game approaching the midway mark of the second half, Croatia took the lead against the run if play after keeping the pressure on the PCE defence following a free kick. A spectacular pass from an overhead kick pass by Robert Hall bounced across the goal and Cristian Tropeano was on hand to volley home the opening goal in the 66th minute.

Koorn should have made it two for Croatia four minutes later when he stayed onside on a through ball and headed to goal, but took too long on the ball and PCE keeper Mike Franks collected the ball. 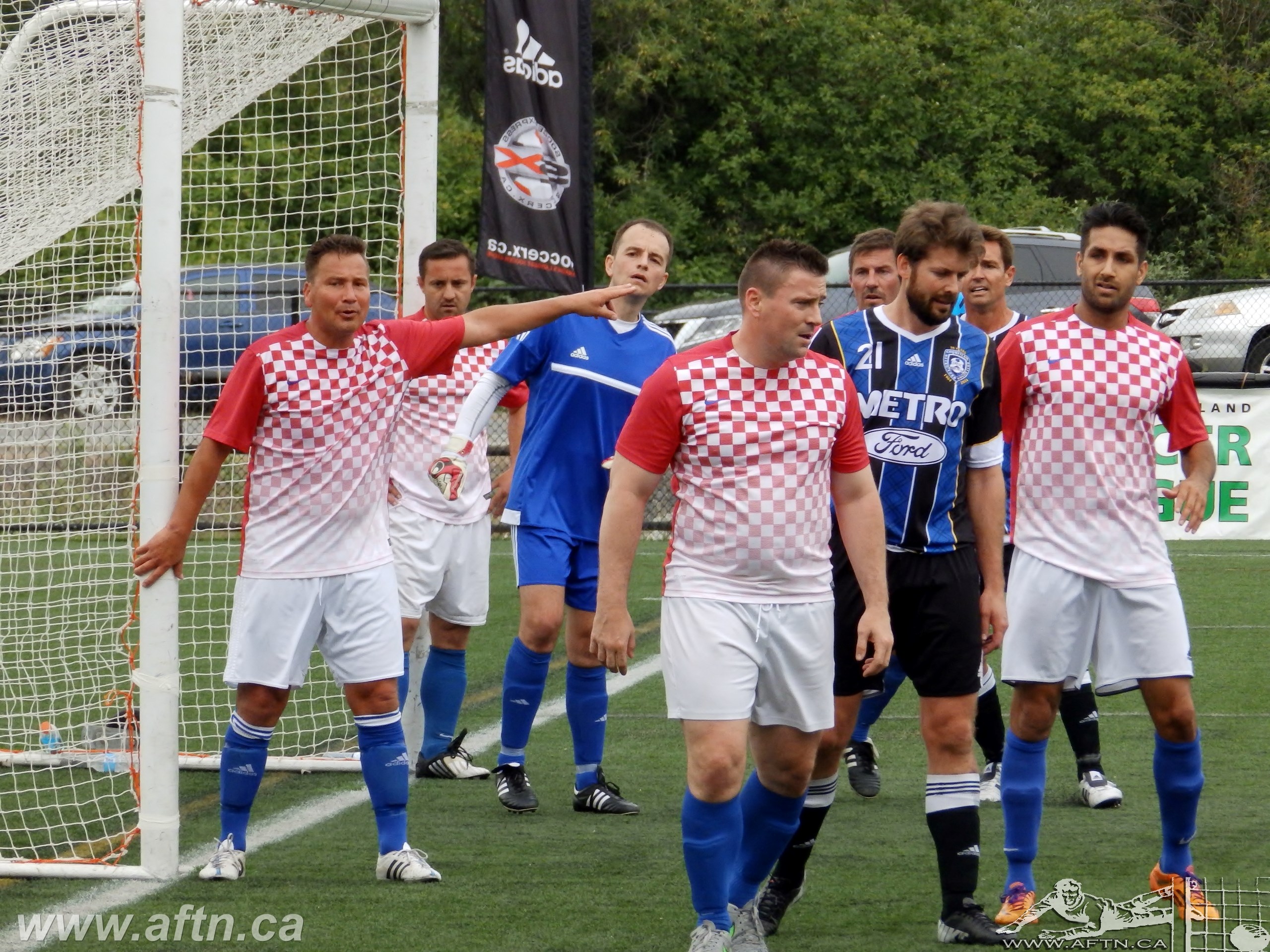 It was to prove a costly miss as Coquitlam went up the pitch and grabbed the equaliser in controversial fashion.

As Croatia tried to clear a Coquitlam ball into the box, the ball deflected off a foot and onto the arm of a Croatian defender. The referee pointed to the spot and Mike Arazewski made no mistake of drilling home the penalty to make it 1-1.

If that decision by the referee angered Croatia, they were enraged in the 77th minute when Dave Soric picked up two yellows in the space of a few seconds after a stramash in the box at a corner.

With the man advantage, Coquitlam pushed hard to grab the winner, but Croatia were looking comfortable keeping the ball in the PCE half. As the game headed into stoppage time, an extra 30 minutes loomed.

PCE had tried unsuccessfully to utilise Todd’s pace in the closing minutes, but it paid off in the 91st minute when he was played in with a perfect pass inside from King, ran in on goal and fired home the dramatic late winner.

Coquitlam Metro-Ford PCE now advance to the Western Canadian Championships in Winnipeg in October. You can see our video of their full time reaction, and medal and trophy presentations below:

You can see full coverage of most of the match HERE.