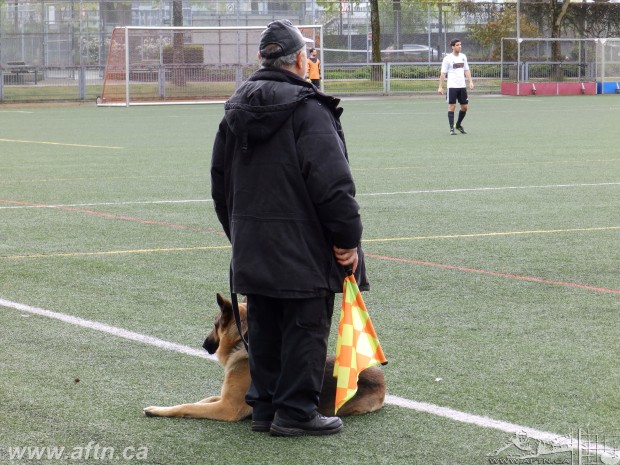 Another weekend of Provincial Cup action is in the history books, with First Round matches in both the ‘A’ and ‘B’ Cups producing a lot of goals and talking points, with a couple of surprising results along the way.

AFTN was out and about in the lower mainland over the weekend, as always, to bring you videos, photos and reports from a number of matches.

After last week’s Preliminary Round matches, the First Round proper of the Keith Millar ‘B’ Cup was played out this past weekend. And it was a weekend that saw three Divisional champs move on and both the 2013 and 2014 winners knocked out.

Richmond went through comfortable 4-1 winners in the end but were made to work for their victory after a spirited fightback from the Burnaby side to start the second half. 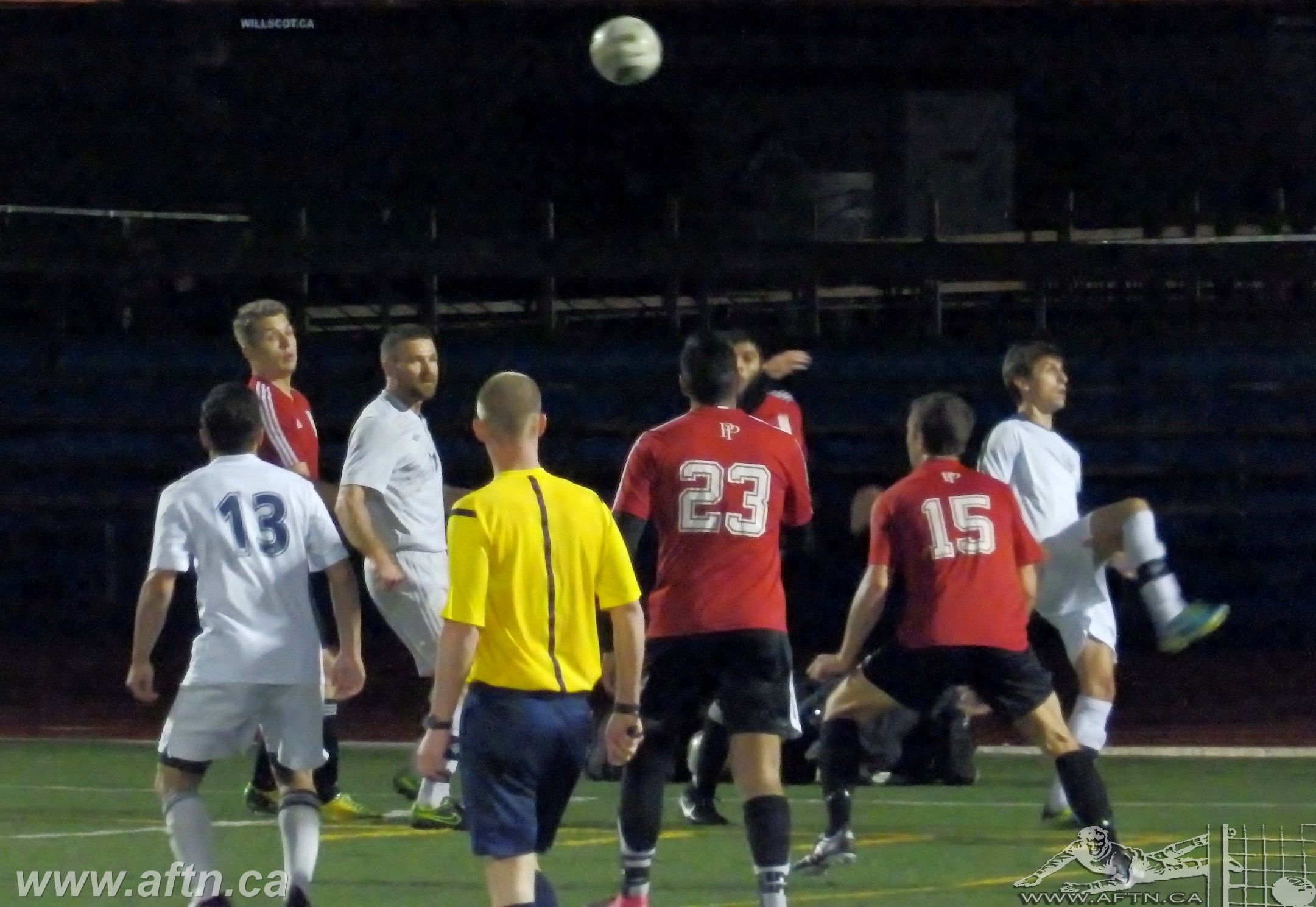 The RASA champs should have been out of sight by half time after dominating the first 45 minutes. They did go in two goals to the good, but it could have been at least twice that.

Richmond took the lead in the 9th minute after dispossessing Burnaby defender Evan Chapman on the edge of the box, hitting the byeline then cutting back for an open Daniel Neufeld to poke the ball home from six yards out, leaving goalkeeper Tyler Degan rooted to the spot.

The home side doubled their lead in the 21st minute in a similar move, once again hitting the byeline then playing the ball across goal for Evan Dhaliwal to head home from close range.

Richmond made most of the running, with their pace causing South Burnaby a lot of problems. The closest the visitors came to troubling the home goal came three minutes before half time when Richmond keeper Jainal Samujh spilled a high ball into the box but there were no takers.

The Fighting Irish regrouped at half time and came out much stronger, making most of the running at the start of the second half. They had a strong penalty shout in the 54th minute when Mark Sammarco was bundled over in the but the referee didn’t want to know.

The Burnaby side did pull one back three minutes later from a 25 yard golazo from Derek Patrao, which left Samujh beaten all ends up.

They pushed for an equaliser but were caught on a quick counter attack in the 64th minute and Aneil Sanghera scored a screamer from the edge of the box to make it 3-1 to Richmond.

And Richmond made it 4-1 five minutes before full time, with Marcus Ribi showing some nice dribbling skills before firing home.

You can see some of our crappy video of the first and third Richmond goals, Burnaby’s golazo, and a couple of other chances, including the Irishmen’s strong penalty shout, in the video below:

Our Saturday travels took us to Andy Livingston Park in downtown Vancouver to see our good friends Rino’s Fury in action against fellow VMSL side, NV Viking Storm. Having watched the Fury lads crash out at the first attempt the past three season, we’re pleased to say the jinx is now broken, with Rino’s running out comfortable 2-0 winners.

Although we have to admit we did wonder, especially when turning up for the match and finding that the assistant linesman hadn’t turned up and the first 20 minutes or so had an old man with a German Shepherd running the line!

It was a meeting between the VMSL Division 2B champs and the third place team in Division 2A and the Fury made most of the early running. 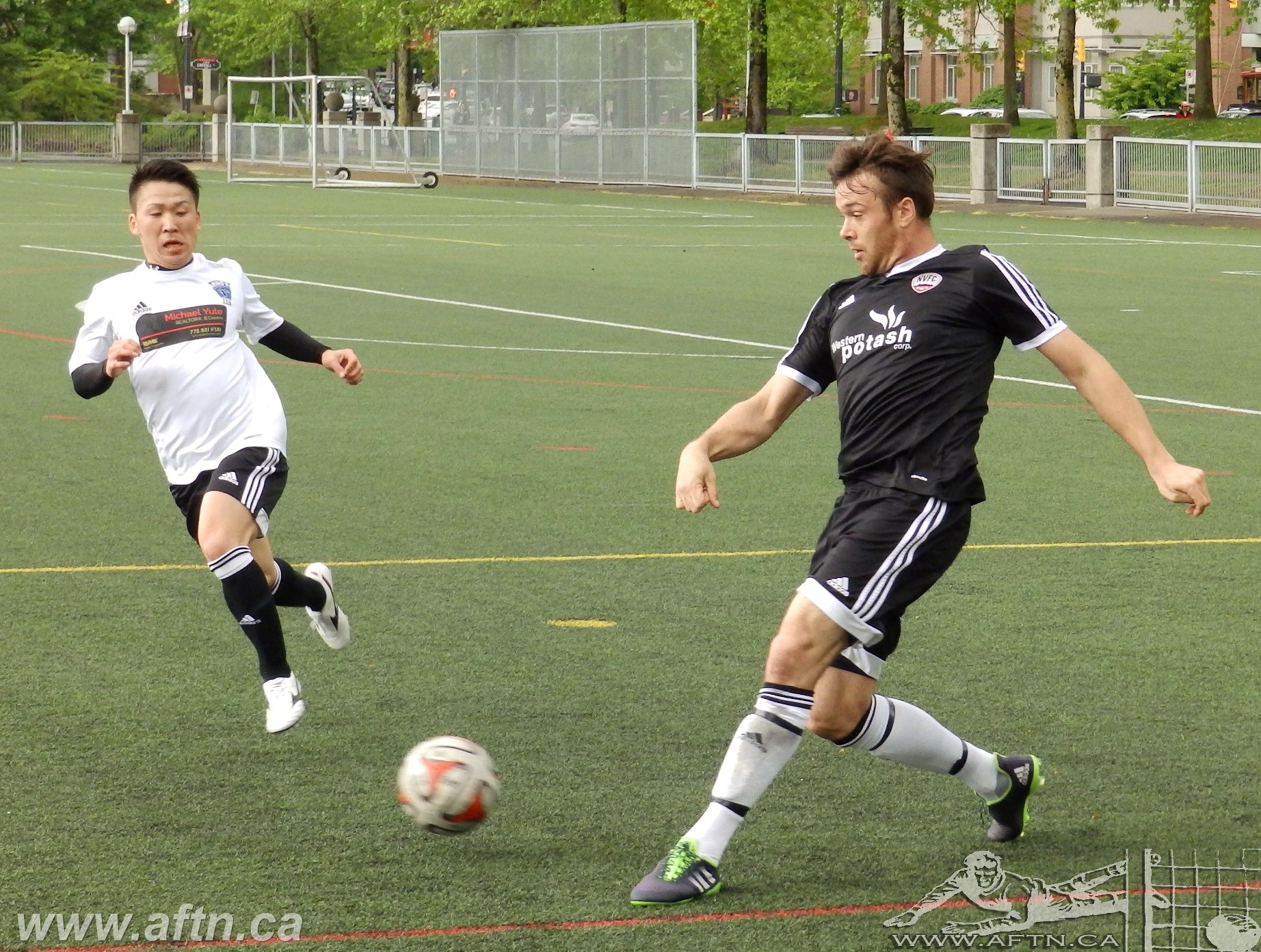 Yuya Nakano nearly opened the scoring for the home in the 16th minute, heading into the box before seeing his fierce strike cannon off first the crossbar and then the right post.

But the Fury opener came ten minutes later when a corner fell to Koju Kojwang 12 yards out and he buried the ball high into the Storm net.

Brooks Van Stavel should have double the home side’s lead two minutes before half time after he knocked the ball past Norvan keeper Anders Hammerberg but pulled his effort just past the right post, with the goal gaping.

The visitor’s should have tied it up seconds later when the ball came to Gary Walsh in front of goal but his header was well saved by Rino’s Luke Birol.

The Fury were looking fairly comfortable and although the Storm pushed forward in the second half, they seldom threatened the Rino’s goal. Their frustration was building at their inability to break down a solid Fury defence and some of the referee’s decisions, and it boiled over in the 74th minute when their coach was sent off for chirping away at the ref.

The closest Norvan came to tying things up came nine minutes before full time with a header from a free kick that went over, and Rino’s wrapped up the win on a breakaway, as the game headed into stoppage time. Max Kaplan showed some nice pace and footwork to make the chance for himself and fire past Hammerberg from just inside the box.

You can see both of the Fury’s goals, along with a couple of other chances, in the video below:

You can also see our photos from the Fury-Storm game HERE or in the Flickr slideshow below:

The Fury should be heavy favourites for their quarter-final match up at home to Snipers FC. Their fellow VMSL side saw off the challenge of islanders Saanich Fusion Harris Dodge 1-0 at Point Grey on Saturday afternoon.

In the other ‘B’ Cup First Round matches, PMO Titans were left as the sole FVSL survivors, winning 3-1 on the island against VISL Division 3B champs Vic West Casuals. Their reward is a home tie against Burnaby’s Rudolph Cup winners Impero Calcio, who shocked VMSL Division 2A winners GN Sporting Club 2-1 on Saturday afternoon.

The final tie of the last eight will see BMSA champs Mundiavocat host VMSL side Vancouver Strikers. The Burnaby champions went through after a 2-0 home win over Westcoast FC Milan on Sunday, while the Strikers also saw off FVSL opposition, winning 3-2 away to Division 2 champs Westcoast FC United.

The quarter-final line up is now set and will feature four VMSL sides, two BMSA teams, and one club apiece from the FVSL and RASA. The full quarter-final draw is as follows.

Kick off times and venues will be updated on the BC Soccer website HERE. With both the Whitecaps’ MLS and USL teams out of town this weekend, it’s a great chance for you to get out and support some local soccer.

You can read our round-up for the First Round games in the BC Soccer Provincial ‘A’ Cup HERE, with reports, photos and video of a penalty shoot-out.