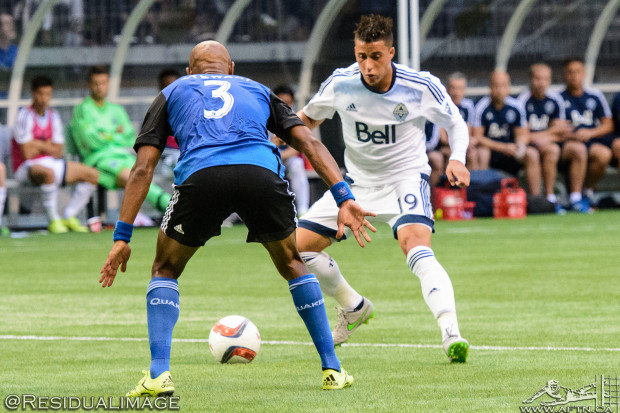 The 2015 season was a tough one for Erik Hurtado.

After a rookie season in 2013 that showed some promising signs if he could work on his first touch, the Vancouver Whitecaps striker seemed to have a break out year the following season, making 30 appearances for the ‘Caps (19 of them starts), banging in 5 MLS goals and adding three assists.

Most of those goals came in a scintillating burst in May and June where the first round draft pick hit goals in four straight MLS starts and added another in Canadian Championship action as well.

But then the goals dried up and the year ended with Hurtado dropping down to the bench and unable to find the back of the net in all bar one game for the remainder of the 2014 season.

Last year, the addition of forwards Octavio Rivero and Robert Earnshaw saw Hurtado slip further down the depth chart, managing only one start and nine overall MLS appearances before a late summer loan saw him heading over the Atlantic to see out the season with Norwegian top flight side Mjøndalen.

It made sense. The player needed some quality playing time and the Whitecaps needed to see if he had reached his ceiling.

So was it the player’s decision to go and grab some first team minutes or did the ‘Caps feel he needed to go somewhere to aid his development?

“It was a mutual decision,” Hurtado told AFTN at preseason training on Monday. “It was a good opportunity to get playing time, start some games. Get 90 minute games under my belt. I need to get that experience.”

How that happened to end up being in Norway, even Hurtado isn’t sure, laughing when we ask him about the seeming randomness of it all.

But behind the move lay one burning question for many. Wasn’t the Whitecaps USL team specifically started for the very reason of getting these young, fringe players competitive minutes as opposed to loaning them out overseas?

Hurtado was strangely absent from the majority of WFC2 matches, as rumours swirled as to why. A registration error was the initial reason, but before he headed off to Norway, Hurtado had only played three USL matches, clocking up just 141 minutes. Less than Robert Earnshaw and with no goals or assists to show for it.

The player’s choice not to play or the clubs?

Whatever the merits of playing more USL minutes would have been for Hurtado (surely it could have only helped), playing in the top tier of Norwegian football is a more competitive option and a fantastic opportunity for any young player. It just seemed to come out of the blue.

Hurtado had just played 77 minutes for Vancouver in their first ever CONCACAF Champions League game against Seattle on August 5th. Eight days later and he was starting a Norwegian Cup quarter final at Rosenborg, playing 62 minutes in a 4-0 defeat.

It was a mixed time for Hurtado with Mjøndalen. They were a struggling team, ending up relegated from the top flight at the end of the season, finishing second bottom of the Tippeligaen, eight points adrift of safety.

Hurtado started his first league match for the Norwegians three days later. That was a 2-1 home victory over FK Haugesund, with Hurtado scoring an unfortunate own goal before his side fought back for the three points. Mjøndalen didn’t win another game all season, taking just two points from their remaining ten matches.

Hurtado played 12 matches overall for Mjøndalen (11 League and 1 Cup), starting seven games and playing a much needed 649 minutes. He scored his one and only goal against Stabæk on October 3rd, a glancing header in a 4-1 home defeat.

Although it may not have been the happiest times on the pitch for Hurtado, or a good ending to the season, off it, he made the most of the experience and loved his time over in Norway.

“When I got there it was August,” Hurtado tells us. “It was hot, it was nice, it was sunny. Beautiful country. Fjords all over out in the valley. And then September, October, it got pretty cold! But it’s cold here in Vancouver too. I came back right around the time the season ended here, so I didn’t see any snow and it wasn’t too cold. It was probably right around freezing.

“There was a lot of valleys so I did a lot of hiking and then in fjords I would go in a boat in the summer and just go through it. It was pretty nice.”

Did the experience give Hurtado a taste of playing in Europe again in his career?

“Yeah, maybe,” he said. “But for now I’m just focused on the preseason here… It feels great to be back in Vancouver” 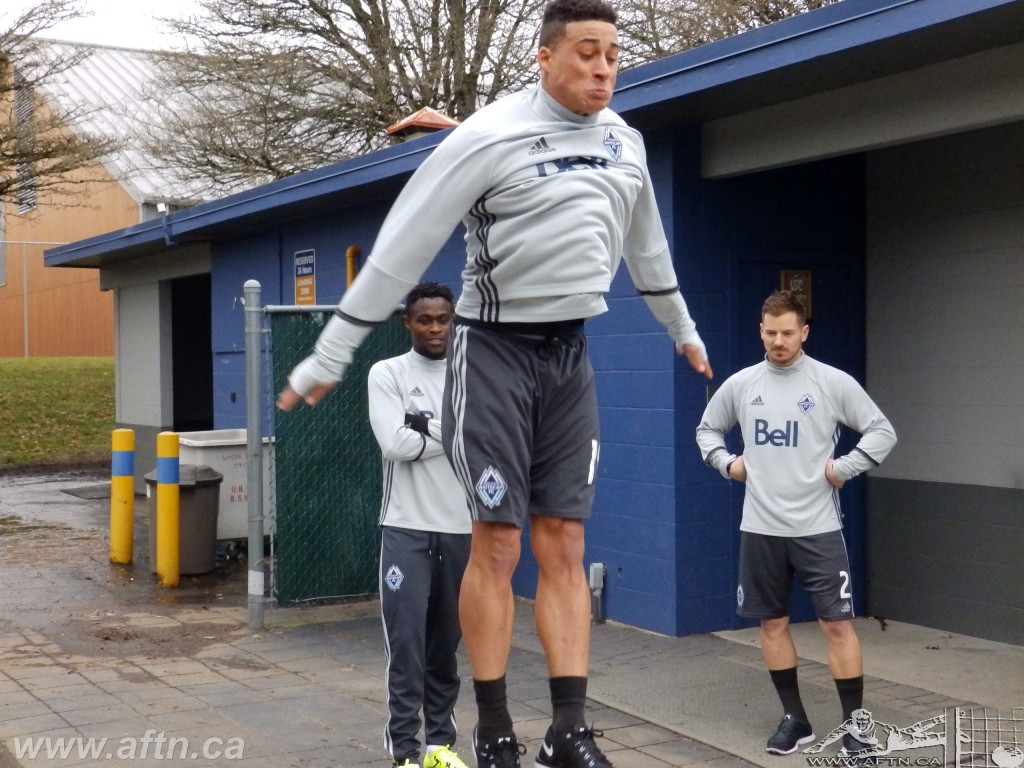 Hurtado is back in preseason camp with the Whitecaps and is keen to try and show Carl Robinson that he should still be part of his plans.

The ‘Caps coach has already said he is, but with Robinson previously telling AFTN that he’s keen to bring in a big target man, and with the addition of Kudo and two strikers from the MLS SuperDraft, the writing would seem to be on the wall for Hurtado and the high ticket Darren Mattocks, and once again he finds himself low in the pecking order of Whitecaps attacking options.

“That’s football,” Hurtado says philosophically. “It happens. You’ve just got to keep your head up. You’ve got to think about the bigger picture.”

That picture right now is first showing the Whitecaps management that he deserves to be part of the MLS squad, then the gameday squad and then meriting minutes.

It’s going to be tough for the Beaverton native. All he can do is go out and impress in preseason. Banging in a few goals would help him a lot.

“Right now I’m just trying to work hard,” Hurtado tells us. “Do what I can. Just do my best… I need to focus on getting fit and getting back into the flow of the team.”

He’s started camp well, coming third in the senior player’s beep test and he looked to have won the jump testing and was fast in the sprints. He also looks a lot leaner, fitter and sharper after his time in Norway and the work that he’s put in during the offseason. There was a lot more running and fitness work with the Norwegians training and as tough as it was for him to initially adjust, he does seem to have reaped some dividends.

But you have to feel there’s a long road ahead of him if he is to remain a Whitecap, or at least an active one. Another loan deal is always a possibility. Robinson clearly sees talent in Hurtado but knows he needs to be playing to develop it to the level he’s needing.

So after all his travels, trials and tribulations in the world of soccer in 2015, what has Hurtado taken from the past year.

“It’s a long season,” Hurtado says with a smile. “A lot can happen.”