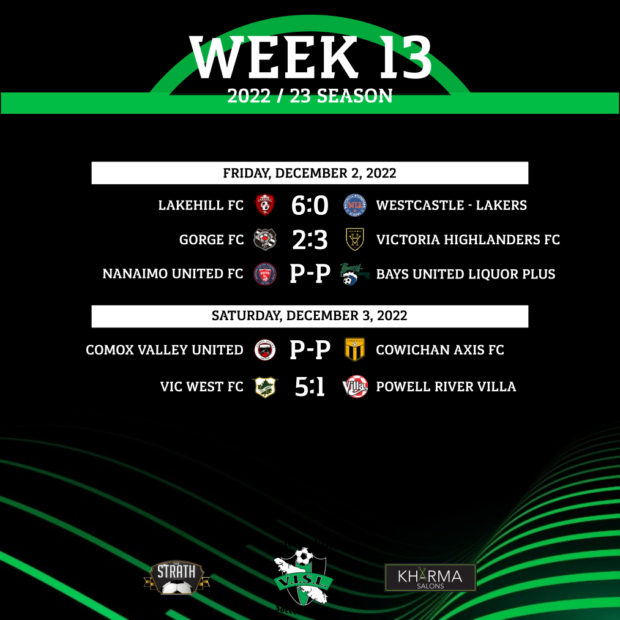 It was an odd weekend of amateur men’s top flight soccer on the Island. Snow and travelling conditions played a factor as two of the five Vancouver Island Soccer League (VISL) Division 1 games were not able to be played because of those conditions.

But six teams were in action and here’s what took place over the weekend.

Friday also saw a dandy of a match at Hampton where the Victoria Highlanders defeated Gorge 3-2. Zidane Mwinyi scored all three goals in succession, and within a nine minutes for the Highlanders. Matthew Olaks and rookie sensation James Cameron were on target for Gorge.

The Nanaimo versus Bays Utd game had to be postponed because of the travel advisory first and foremost, but also because there was still snow on the Nanaimo fields.

Another cancellation on Saturday saw Comox not being able to host Cowichan as the snow was still on the field there as well.

With travel advisories removed, Powell River were still able to get their road game in against Vic West.

Vic West were not hospitable at all and defeated the Villa squad by score of 5-1. Scoring for Vic West was Kaelan Cooke, Salem Almardy, Daniel Pritchard, and Yassin Guitourni hit a double. The lone marker for Powell River Villa was courtesy Patrick Osakabe-Green.

So after all of that action, the VISL Division 1 table looks as follows: 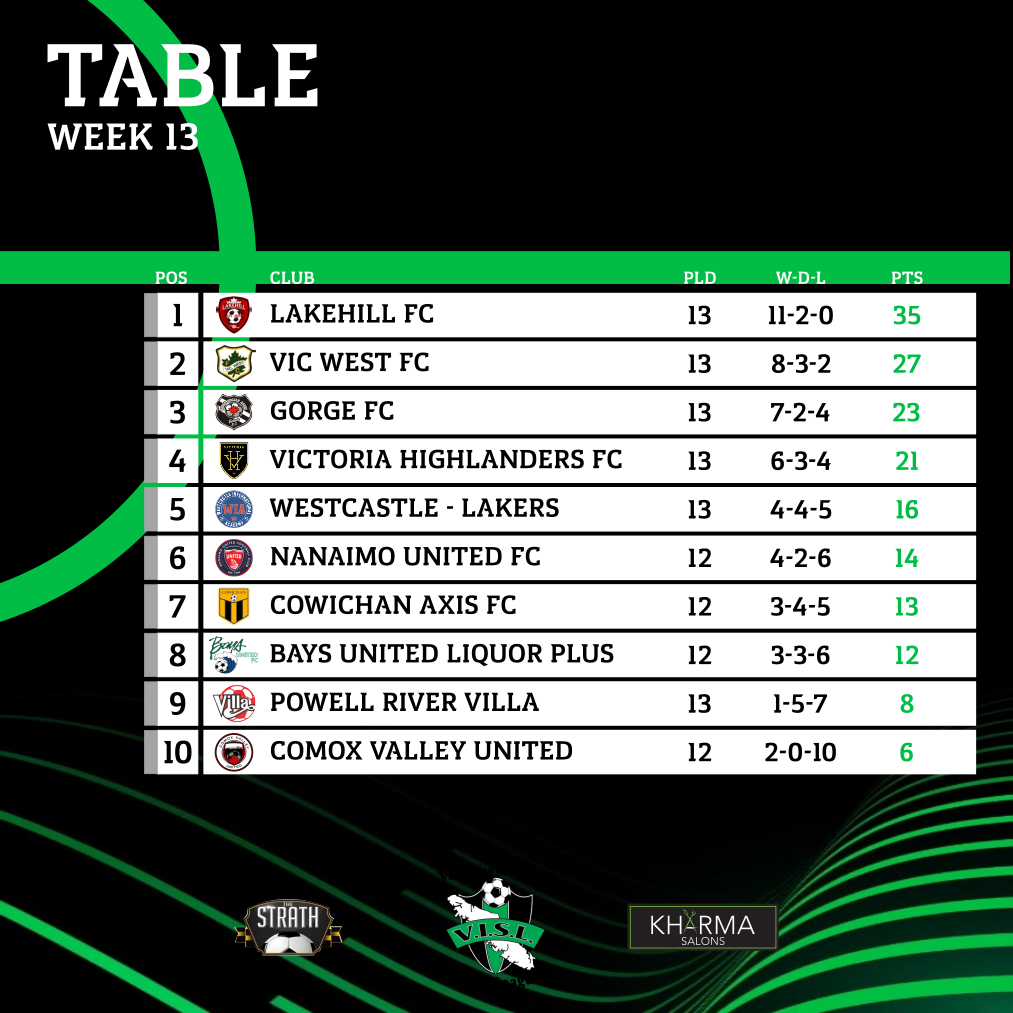 Lakehill were able to keep their undefeated streak intact and did separate from some teams. Vic West and Highlanders wins allow them to move up the standings some in 2nd & 4th spots respectably.

The bottom four of the division still look exactly the same – and they will be anxious to get back at it.

Patrick Nelson was the big individual winner over the weekend and he vaults up to first place all alone after his four goal performance. Of note though, everybody else on the leaderboard also scored at least one goal over the weekend.

Here is how the Golden Boot leaderboard now looks: 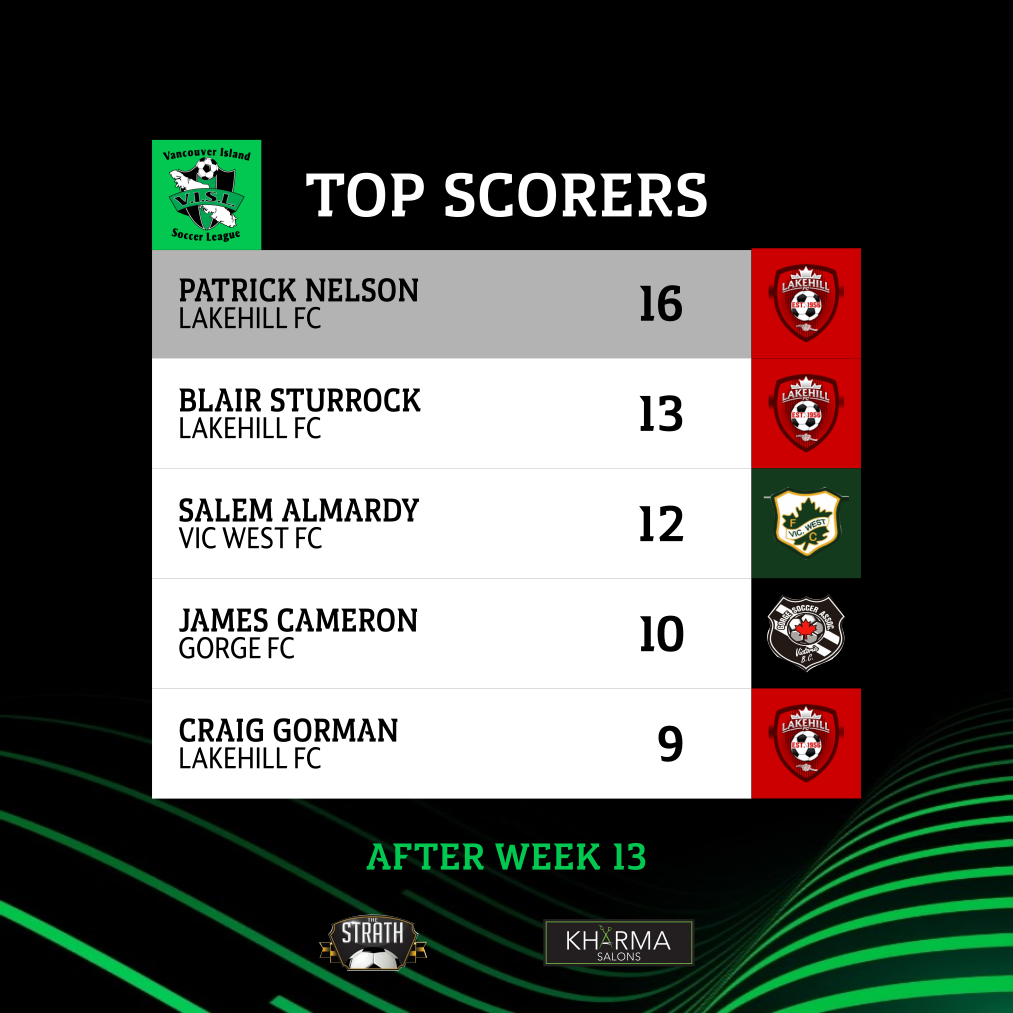 While there was a shutout over the weekend, for the second week in succession, it does not affect the Golden Gloves leaderboard with five players sitting on two clean sheets each.

Week 14, a week that will give teams a strong indication of where they could finish up, a very important week in all divisions. Here’s what on the slate. 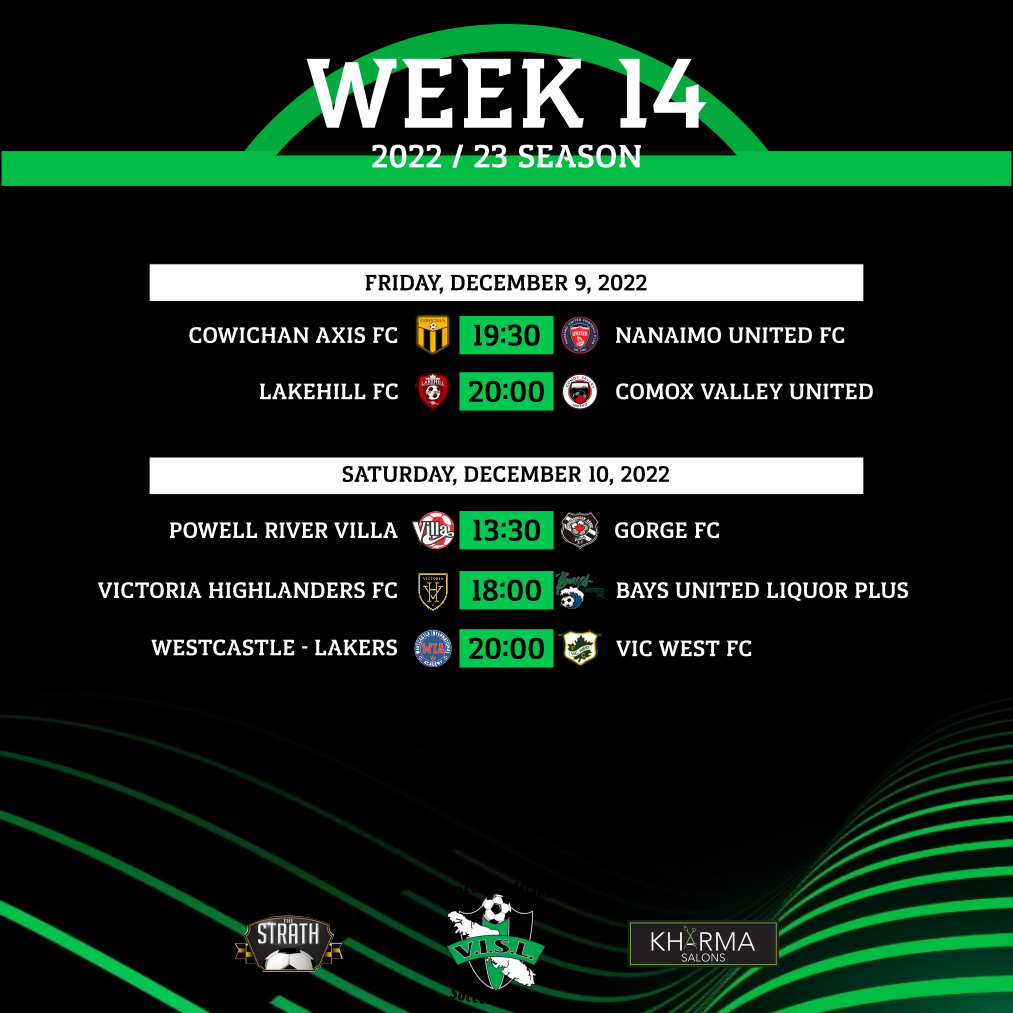