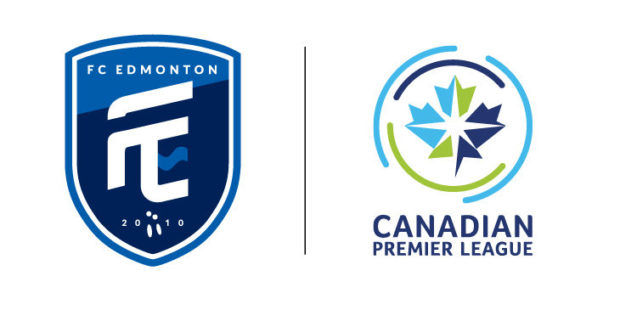 May 4th, 2019 to some was Star Wars day, but to this Canadian soccer fan, it was the first FC Edmonton League match in over 500 days and my first time ever watching my team win a match in the Canadian Premier League.

It was also the first time FC Edmonton played a league game against a Canadian team since September 2nd 2016, when they faced Ottawa Fury in the NASL.

This is the fifth attempt at having a pro soccer team in Edmonton.

The Drillers played four seasons in the NASL from 1979 to 1982. The name was then resurrected in 1996 to play in the indoor National Professional Soccer League, lasting five years before then coming back again in 2007 in the Canadian Major Indoor Soccer League for four years.

The Edmonton Brick Men played in the Western Soccer Alliance and then the Canadian Soccer League from 1986 to 1990. Edmonton Aviators/Edmonton FC were founded in 2003, played the 2004 USL A League season, then subsequently folded.

Pro soccer finally returned when FC Edmonton were founded in 2010 and played from 2011 to 2017 in the new NASL. With that league subsequently folding, FC Edmonton had to take 2018 off, but they’ve returned this year in the fledgling Canadian Premier League, and Saturday saw them finally get to play their first match.

A lot of founding and folding over the years, but this time, it already feels different.

When FC Edmonton were in the NASL while I knew they existed for the longest time, I thought they were an amateur team. Their only publicity was a weekly 10 minute talk between Colin Miller and Jason Gregor on TSN 1260 during the 2017 season, which informed me that they were actually a pro team. 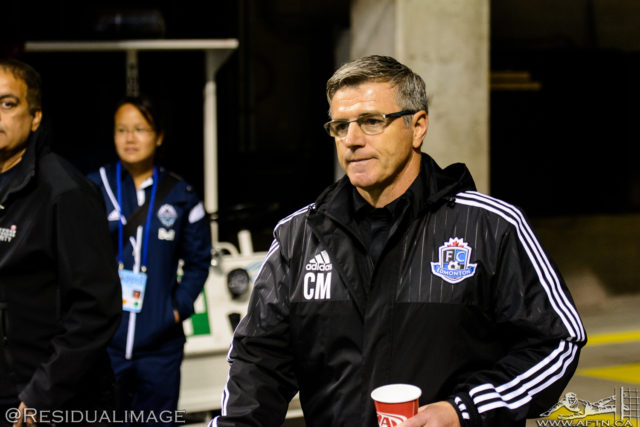 Before, the club did not have regular nationally televised games, instead they were mostly streaming them on Facebook. Now they have a minimum of two televised games, with the rest being streamed by a professional company.

Before, they never had any radio time except for that 10 minute talk, now they are constantly on local radio on both sports and non-sports stations.

Before, they had never sold out the supporters’ section, now they have to add more seating. You would be lucky to have two tables of people at a bar to watch FC Edmonton away games, now the bar is packed with fans, where the majority have season seats many for the first time.

Before, our closest rivals were 2,379 KM away, in a different time zone, and a 24 hour drive away in San Francisco. Now we have our closest rivals only 299 KM away, in the same time zone, and a three-hour drive to Calgary. For the average Edmontonian, Cavalry FC are easy and fun to hate, whereas it’s hard to hate people in San Francisco or Puerto Rico.

As I said, this all feels so different this time around. Edmonton teams have came and went in the past, as have the leagues they have been playing in. The Canadian Premier League already feels like it is here to stay.

It’s early days, but while the League and FC Edmonton have many detractors claiming that they will not last and that it will fail like the previous times, they will surely be proven wrong. This time the League has committed owners who are in for the long haul and want to see Canada be placed on the soccer map.

FC Edmonton are also out in the community and are becoming increasingly popular by the day with many new soccer fans. A community club capturing the attention and imaginations of both old and new soccer supporters in the city.

This time it is different. This time the CPL will stay, as we are many, we are one.