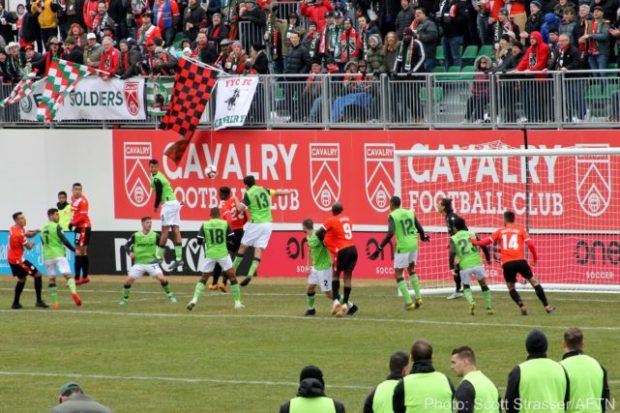 The week kicked off last Wednesday evening as Pacific FC welcomed a second team to Westhills stadium after a victory three days earlier against HFX Wanderers. The cards weren’t to fall in a similar fashion this time as Valour FC triumphed in their inaugural CPL match.

During the triple header on Saturday, both Alberta teams, Cavalry FC and FC Edmonton also kicked off their seasons, both picking up 2-1 victories, against York9 FC and Valour FC, respectively.

The other game in the books this week was Halifax righting their previous weekends wrongs and picking up their first win of the season, against a Forge FC side still looking for their first three point haul.

Too Early For a Golden Boot Segment?

Yes the spring season is ten games long and teams have only played one or two games so far but Forge’s Kadell Thomas has scored a goal in both games his team has played so far, producing a goal every 62 minutes. It is worth noting that Thomas was started on the bench during their initial league game and definitely earned his start. He didn’t disappoint as he tallied his second of the year against a Halifax team who managed to pick up their heads and bury Forge.

Although Forge will take solace in the fact that they seem to have a player who isn’t afraid to put the ball in the net, it will be a concern that two games in, they only have one goal scorer and boast a record of 0-1-1.

One player who will be hoping to come good sooner rather than later is Pacific’s Marcus Haber who leads the league with 8 shots in his first two games, including an extremely unfortunate double post denial against Valour this past game.

Haber should be expected to turn the tides in the coming games as we have seen how much he likes taking a shot (15.5% of his touches against Valour were shots) but with just 2 out of 8 of his efforts being on target, the Pacific faithful will be hoping for a slight tweak to his accuracy game.

As mentioned, Cavalry kicked off their season on Saturday at Spruce Meadows in front of 3,486 spectators. 22-year-old Elijah Adekugbe (younger brother of former Vancouver Whitecaps defender Sam) got the nod in central midfield and dominated the game for the large part of 90 minutes. Elijah attempted more passes than any other player in the league this week, totaling 72 altogether. He also boasted an 84.7% pass accuracy. Not bad at all. 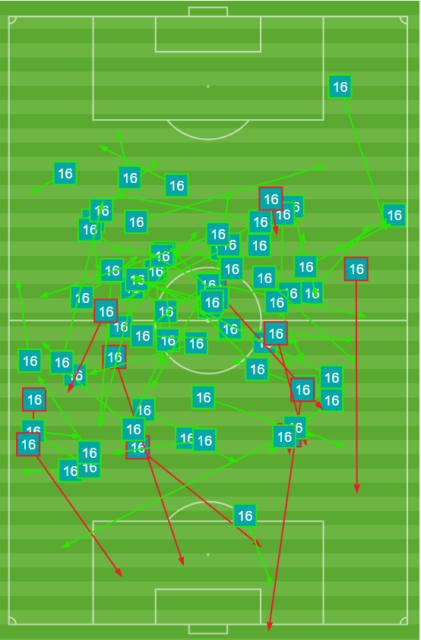 Six games in, one clean sheet.

That honour belongs to Mark Village and Pacific FC. The goalkeepers have been tested plenty in their opening matches, with teams managing to score 11 out of 12 times.

* = only played in one game

As the table above shows, York9’s Nathan Ingham has been tested more often than any other keeper so far. He is yet to keep a clean sheet but produced 5 saves in the league opener against Forge and 6 against Cavalry. He might not have been expected by some to get the job between the sticks for York after the Ontario side signed their number one Matthew Silva from Sweden, but has since proven to be vital if York are to survive this early bombardment of away games.

It may have seemed like York have had a mediocre at best start to the season, but they have had to come up against two teams playing their home openers. Not an easy situation to come out of on top. If Ingham’s performances stay at the same level, we should expect to see some clean sheets on his resume soon.

We finally got to see Winnipeg’s side play last Wednesday away from home against Pacific FC and then travel back for their home opener against FC Edmonton.

They picked up 3 points out of 6. Those points came away from home. They might feel a little hard done by as they outplayed Edmonton for much of the first half before coming undone by the experienced Alberta outfit.

Valour only made one change over the two starting 11’s and eight players went the full 90 in both games. Because of the consistent lineups we can pull significant stats and look at who their key players seem to be:

Diego Gutierrez was the outlet in both matches contributing a team high 167 touches to the cause.

26-year-old Jordan Murrell was a force to be reckoned with at the back of the pack, with a team high 8 clearances in game one, followed by 8/11 duels won in game two.

The same player led Valour in chances created over both games, and that was Michael Petrasso, with three against Pacific followed by four against Cavalry.

There are two Wednesday games this week.

First we see Forge (0-1-1) host Pacific (1-0-1), with both teams looking to bounce back from a loss in their last match. This will be Pacific’s first away game of the season, and the first of back to back ones in the space of five days.

The other midweek game involves Cavalry (1-0-0) taking on Valour, who will hope to have better luck against their second Albertan opposition in as many matches.

Valour are at it again in Saturday’s lone game when they host Halifax (1-0-1), hot off of their inaugural home victory.

Sunday’s double header starts with Forge against Cavalry at 10:00am PT, followed by Edmonton (1-0-0) trying to maintain flawless on the season against Pacific FC.

Don’t forget all matches can be seen at onesoccer.ca.