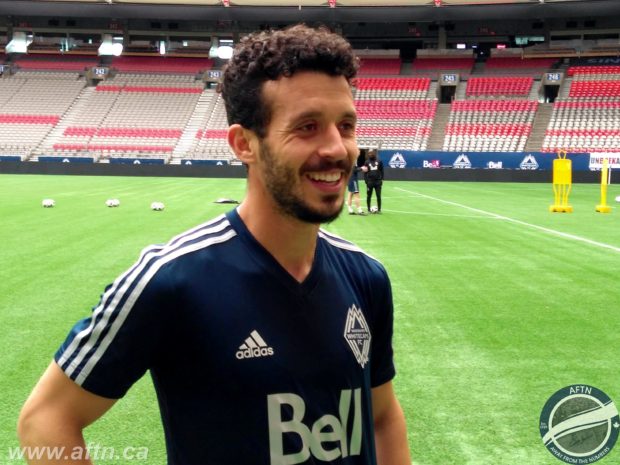 The latest Whitecap has arrived in Vancouver, and is raring to make an immediate impact as the Whitecaps 2018 season gets underway on Sunday.

Felipe Martins landed in Vancouver in the early hours of Saturday morning, eager to get the next stage of his career started. His flight from New York got in around 1am, and he was already on the pitch at B.C. Place just a few hours later, excited to be at the club and meet his new teammates ahead of the ‘Caps First Kick match up with Montreal Impact.

Carl Robinson has coveted Martins for a few years now. The Whitecaps had made previous enquiries about acquiring the Brazilian, but before Tim Parker came into play, the New York Red Bulls had no desire to move an integral part of their team. Then the parameters changed.

Robinson’s admiration of the 27-year-old has been well known, and that desire to land his man has left Felipe feeling valued and delighted to finally be here.

“That’s the maximum [compliment] for a player,” Felipe told AFTN after his first training stint as a Whitecap this morning. “When you know that a manager, or a team, or an organization wants you, you want to be here. The players welcomed me very well. I was very happy to train with them [today] and get going with my new brotherhood. My new guys that are going to be in battle with me.

“I want to show them how much I care about soccer, this life. For me, it’s not a job. It’s a way to live. It’s a lifestyle. I’m going to give everything I have for them, for this club, for this organization, and I’m looking forward to getting going.”

Felipe already has six seasons under his belt in Major League Soccer, three in Montreal and three in New York. Whatever your feelings about the Parker trade, landing a talent like him was too good an opportunity to pass up.

The Red Bulls didn’t want to lose him, and it looked at one point in the trade rumours that they still weren’t prepared to give him up. It’s still surprising that they did, and heading into this preseason, leaving New York was the last thing on Felipe’s mind. It’s left the Brazilian surprised, but delighted and excited at the same time.

“In this league, you always have to be ready, because these things happen,” Felipe told us. “We just need to be able to accept it, but for me, it was a big surprise. From the moment it happened, I was extremely happy. Really happy from the bottom of my heart to just be in an organization like this.

“This team, we have only one goal. Win. With this team, we know the competition we play. We have the quality and personnel to win everything and that won’t be changed from my mindset. I’ve come here to win and I want to bring the MLS Cup and make history.” 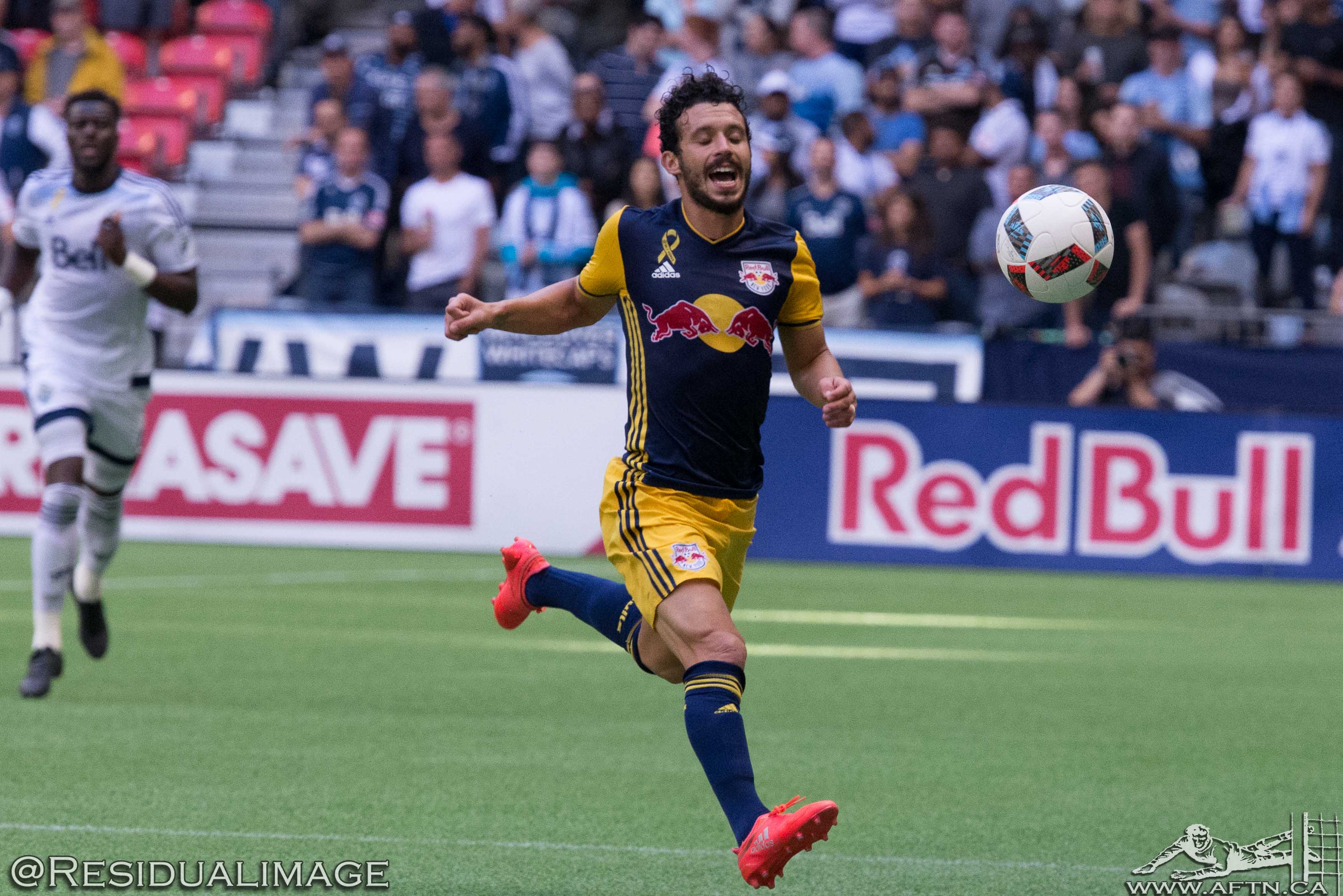 Felipe spent three happy years in New York, making over 100 MLS appearances for the Red Bulls and adding 10 goals and 17 assists during his spell there. He was love by the fans, and Felipe and his wife Nina seemed really settled and expected to be there for a while, having just celebrated the birth of their second son, Liam, on February 15th.

But this is MLS, and things can change in an instant. It can be tough for players and their families, but Felipe is grateful for the support and understanding he has from his wife, and both of them are already looking forward to their new adventure on the West coast of Canada.

“Sometimes it’s hard on the family,” Felipe admits. “But my wife, she’s my rock. She’s the person that gives me the balance in my life. She’s always been there for me, and now isn’t different. I want to thank the Red Bulls fans and the organization for everything they did. For the tremendous respect and the appreciation they showed me the past three years.

“But I’m excited to be here. Very happy. My family’s happy. We were looking already last night at apartment and places we could live. We can’t express how happy we are to be here. Now it’s time to get to business and tomorrow it starts with a big game against the team that I played with.”

Whether Felipe starts against Montreal or makes an appearance off the bench awaits to be seen. It may be a risk to start him so soon after arriving, but he will be in the squad and should see at least some minutes during Sunday’s game.

Felipe came to MLS before Montreal’s inaugural season, joining the Impact from Swiss side FC Lugano in December 2011. He went on to make 94 MLS appearances for Montreal, scoring 12 goals and adding 24 assists.

As with New York he enjoyed his time there, and had even talked about getting citizenship to qualify for the Canadian national team. He won two Canadian Championships with Montreal, one of them in Vancouver in 2013 where he scored in the second leg of the final.

B.C. Place holds special meaning for Felipe and he can’t wait to get back playing there as his new home stadium.

“My first ever MLS game was here in 2012 against Vancouver,” Felipe remembered with a smile. “So it’ll be a special moment for me, and I hope to get the three points.” 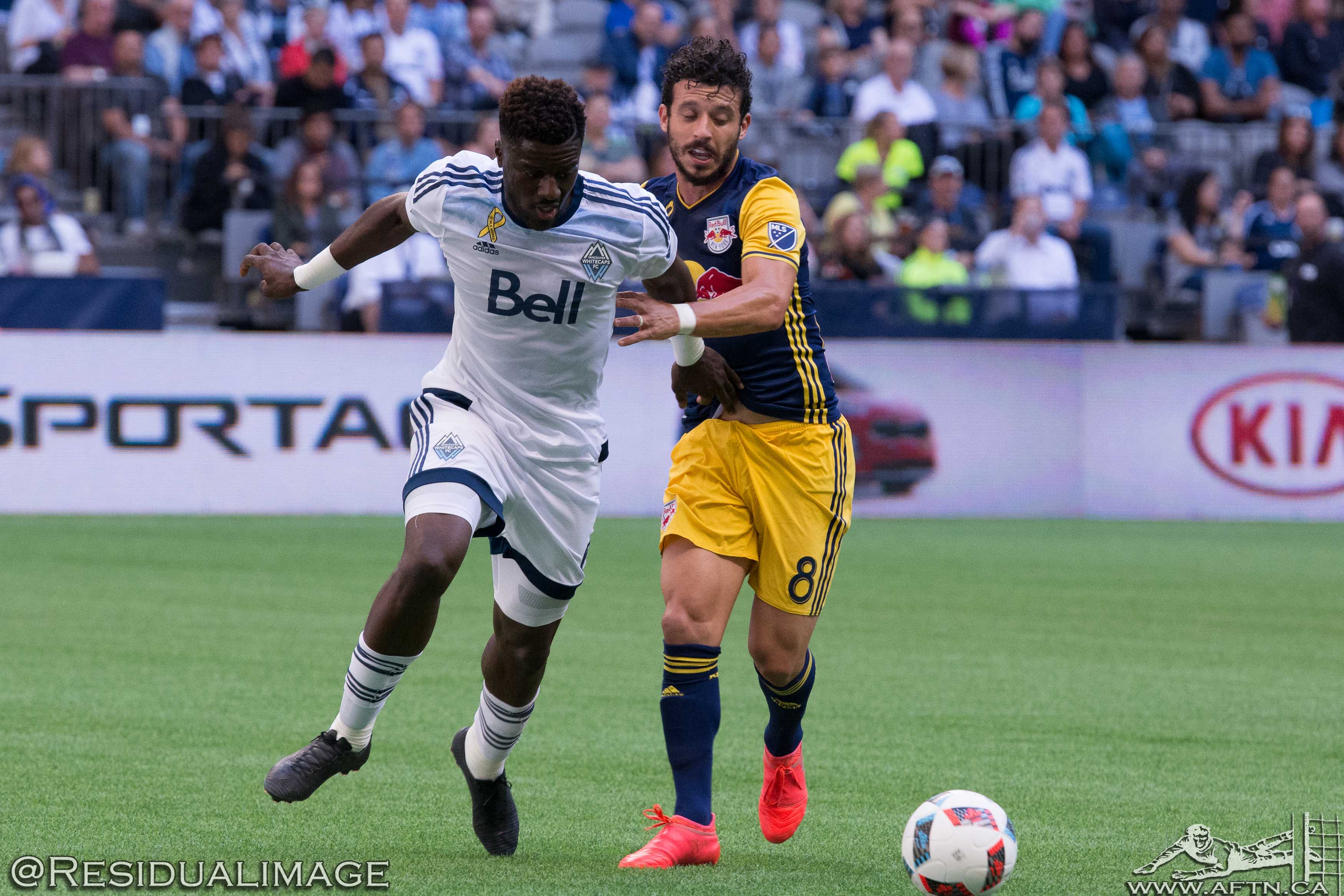 As well as his experience and proven track record in the league, Felipe brings with him a much needed midfield versatility, and along with the other additions in the centre of the park, he should help to make the Whitecaps a much better team, and especially in keeping the ball more.

It’s a stacked Whitecaps midfield right now, with the additions of Efrain Juarez and Jordon Mutch the other key pieces. It gives Robinson a bit of a headache but a lot of options in how best to utilize them. Felipe doesn’t mind where he fits in to it all. He just wants to be out there helping in some capacity.

“In Montreal, I played as a number 10, as a number 6, and as a number 8,” Felipe said. “In New York I played more as a deep midfielder. Over the years I’ve played in different positions so I’m able to play wherever the team needs me. I’m here for the team. The most important thing for me – the team always comes first. And I will be there to do whatever it needs for the team at this moment.”

[** You can hear our full chat with Felipe in Sunday’s AFTN Soccer Show on CiTR Radio (11pm PT – 101.9 FM on your dial and www.citr.ca online). The podcast will be out Monday evening **]