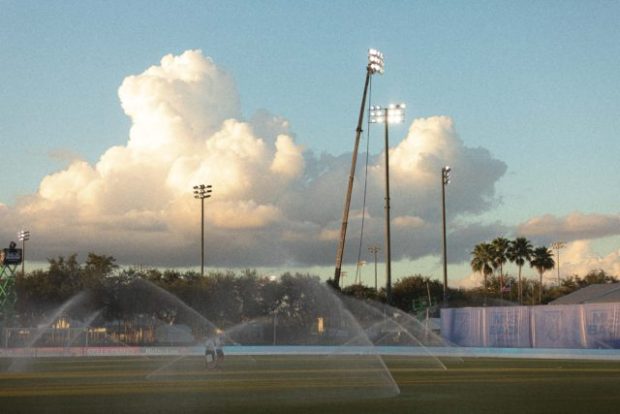 The MLS is Back tournament has been gruelling on a number of different levels. from the heat and the humidity to the worries about Covid, it’s all taken a toll on the players and coaches both mentally as well as physically.

Then there’s the kick off times. Staggered over the course of the morning and evening, none of them have felt optimal. Professional football isn’t meant to be played at 9 in the morning or to finish in the wee small hours of the morning after the night that a game kicked off.

When the draw was initially made, the Whitecaps looked to have lucked out. All three games were in the 10.30pm kick off time slot. Cooler temperatures, no beating sun, and the chance to plan their eating, sleeping, and training routine around that one gametime.

That was probably the last bit of luck that the ‘Caps have had at this tournament.

A delayed departure, a depleted roster, injuries to key players, and their first opponents withdrawing from the tournament have been aspects of the tournament that the Whitecaps have had to deal with. But perhaps the most difficult thing to deal with is the change to their body clocks and routines ahead of their final group game against Chicago on Thursday morning.

After kicking off their first two matches at 10.30pm and 8pm in Orlando, the ‘Caps have now had to quickly readjust to playing a crucial morning match just 80 hours after they finished their second game against Seattle in the early hours of Monday.

It’s not been an easy transition to make.

“I’ll give you an example,” ‘Caps coach Marc Dos Santos told us on Tuesday’s media zoom call. “The day of the [Seattle] game, we had dinner at 1.30 a.m. Then guys were not able to fall asleep, because of the game and dinner, till 3.30 more or less. 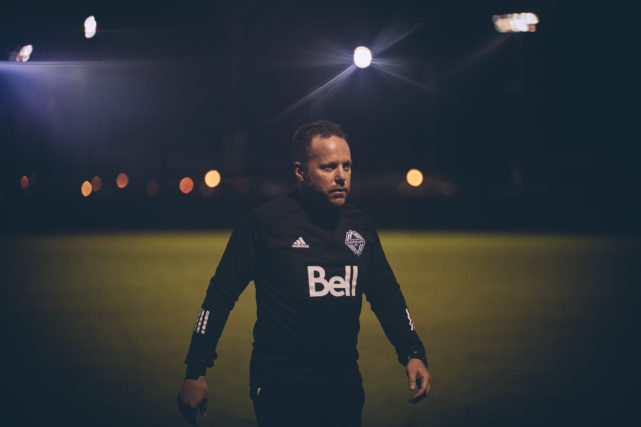 With all of that comes a change to sleeping patterns, eating patterns, training patterns, and an initial feeling of being absolutely out on their feet. Jetlag without actually going anywhere.

No matter how much you may feel your body is prepared for it, the reality is a completely different animal.

“What is important, and what we told the players, is that they can’t sleep in the afternoon,” Dos Santos added. “Now everybody is tired. Me, I’m destroyed, I’m telling you. I feel if I go to my room and stop for an hour I’m going to fall asleep. But it’s important that we don’t fall asleep.

“We have to be like that Freddy Krueger movie. We don’t go to sleep or the guy comes. So we can’t fall asleep. We have to try and stay awake until it’s more or less 6.30 when we go for dinner and then fall asleep. It doesn’t matter [when], even if it’s at 8 or 8.30, at least you have an incredible night of sleep, and then you wake up at 6.30 for the next day.”

So is a turnaround of three days enough time for the players to get their bodies adjusted and be in full game shape?

Probably not, and you may see the Whitecaps tactics adapted as a result.

“That reshuffle has to be quick and I’m telling you, it’s incredibly different,” Dos Santos said. “It’s like we’re going to another country in one day. It’s really challenging. That’s going to be part of the gameplan.

“Where you might see us in the first 15 minutes and say “oh these guys don’t want to attack, they don’t understand we need two goals”. No, we do understand, but we have to feel the game because of the temperature. Let the game open slowly. Not be us opening, as it’s a real challenge to play like that.”

Vancouver now know their fate. Beat Chicago by two goals and they are in the knockout stages of the tournament.

Their destiny is in their own hands, and if things don’t work out, they won’t be using the time change as an excuse.

“Everyone’s tired, for sure, but that doesn’t change anything,” Whitecaps forward Theo Bair told us. “We come in focused, we come in ready to work, and I think by Wednesday everyone will be fine. It’s just making sure we get sleep, taking proper melatonin before you sleep, and make sure you stay in bed and don’t nap during the day. Everyone’s tired though, for sure.”

A feeling echoed by his fellow young forward Ryan Raposo.

“It’s nothing that I’ve personally done before, but it’s 2020, anything can kind of happen and everything is kind of everywhere,” Raposo rightly mused. “At the end of the day, it’s no excuse for the match against Chicago. We got up bright and early today [Tuesday]. Obviously a bit tired because I know for some guys it was maybe a bit harder to fall asleep with different sleeping patterns.

“At the end of the day, it’s no excuse,” Raposo added. “We got up, we had a good session, we did what we had to, and today it’s all about recovering. I just got out of the boots, the NormaTec boots, going to hop in the pool, do a recovery session there. Massage. Roll out. And making sure I’m eating properly and drinking properly as well.”

Sleep is certainly going to be key.

It’s easy telling players not to fall asleep during the day. Not to have that quick nap. But when they’re alone in their room, drained and exhausted, how do you make sure that doesn’t happen?

“Honestly, it’s not too difficult because as long as you keep some light around and you walk every hour or so, you keep yourself awake,” Bair said. “Just keep people around you, try not to sleep all together, stuff like that. Make sure that there’s outside light and you don’t just sit around in your room all day you should be fine.”

“I’m just trying to keep busy, stay outside,” Raposo sighed. “Because I know if I’m in my room I’ll be tempted to be ‘fine, I’ll take a quick nap’. Keeping the blinds open, so that there’s lot of natural sunlight. And just keep busy, keep busy, especially during the day.

“Even when I was in the NormaTec, just before lunch, my eyes were heavy and I was just making sure that I stayed awake so that I could sleep nice and early tonight.”