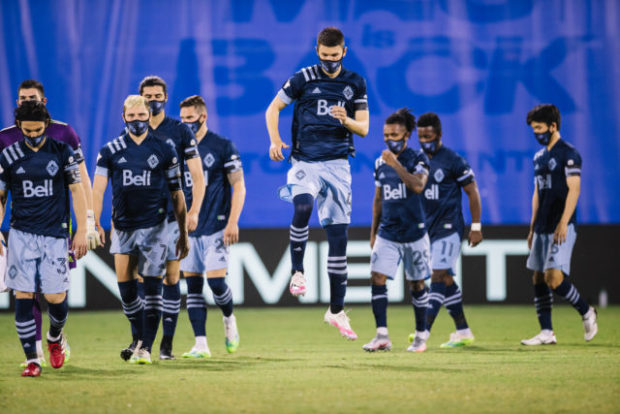 Well, this tournament hasn’t been that much fun for Whitecaps fans, has it? A shellacking at the hands of Seattle has left the ‘Caps adrift at the bottom of Group B, with just one more opportunity to get anything positive from their stay in Orlando.

It all comes to a head Thursday morning, against a team no one expected they’d play, at a time no one wanted them to play, and missing players everyone would like to see play. Waking up at 6am to watch a match is annoying at the best of times, and when it’s to watch a team in as dire straits as the ‘Caps, there’s a definite voice in the back of your mind questioning whether it’s all worth it.

Thankfully, I have a PVR, so I can record the match and watch whatever glorious train wreck might unfold at my leisure. Of course, while doom and gloom might be the atmosphere du jour, the ‘Caps do still have a shot at making it to the knockout round. It will take a little help from outside results, but if they beat Chicago by multiple goals that could be enough to get them through.

Of course, that would require them to do two things: score multiple goals, and also not concede multiple goals. The ‘Caps did do the first in their opening match (thanks to San Jose gift-wrapping a couple golden chances for them), but they’ve failed miserably at that second objective. Only the Galaxy conceded more goals through their first two matches, with the ‘Caps defence remaining as porous as it was last season.

And they’ll have to try and right the ship without their number one goalkeeper, as Maxime Crépeau fractured his thumb in that nasty collision with Handwalla Bwana on Sunday. Thomas Hasal made his MLS debut in his stead, and will make his first career MLS start on Thursday. He did keep a clean sheet in the 30-odd minutes he played against the Sounders, making a couple of saves, so we’ll see if his nerves are settled against the Fire.

With Crépeau and Bryan Meredith both gone, this would normally be the time when the ‘Caps would call upon an MLS emergency pool goalie to provide backup for Hasal, but due to some peak MLS, that will not happen. For you see, SKC enlisted that goalie’s services earlier this tournament, and so he cannot join any Canadian team until a transfer window opens, as they cannot get his ITC. There was originally a second emergency goalie, but he arrived with Nashville and so has since left the bubble.

Beyond the hilarity that this situation could even happen, what it does mean is that there will be no backup for Hasal, so if – god forbid – he gets injured or sent off, a ‘Caps outfield player will be sent in goal. My guess is that it would be Theo Bair, as he has the best combination of size and quickness of any player they’ve got in Orlando.

Outside of Hasal starting, it’ll be interesting to see if there are any other changes to the XI. Leonard Owusu managed to make it 55 minutes on Sunday, but he did not look sharp for much of it, and putting another start on his banged-up hamstring might not be the best idea. Putting Raposo in for him, however, might be too dangerous for a team that really needs to keep a clean sheet.

Elsewhere, Jasser Khmiri and Ali Adnan were subbed off against Seattle for Derek Cornelius and Cristián Gutiérrez, the latter of whom also made his MLS debut. In Adnan’s case it was likely to just give him a bit of a rest for Thursday, but for Khmiri it might be a sign that Cornelius will play ahead of him against Chicago. The Tunisian didn’t do himself any favours with that handball.

Finally, if one of the forwards is to be replaced it would likely be David Milinković, as he looked off the pace for most of his 55 minutes on Sunday. Both Bair and Raposo are waiting in the wings for an opportunity to start, and for a team looking for any sort of creative spark, now would seem to be the time to throw one of them out there. 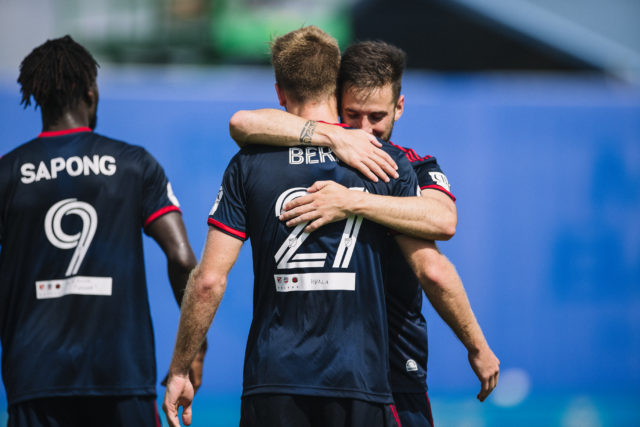 Looking at Chicago, they started the tournament with a big 2-1 win over Seattle, before they were handed a 2-0 defeat at the hands of group-winners San Jose. Like the ‘Caps, they struggled to create chances on Sunday, and held just 37% possession, putting them at under 40% for both of their tournament matches. It’ll be interesting to see which team holds more of the ball on Thursday, as the ‘Caps have often been anemic in that regard.

Interestingly, Chicago’s young DP attacker Ignacio Aliseda has seen just one minute of action so far at the tournament, with fellow DP Robert Berić and MLS vet CJ Sapong preferred in his place. Aliseda is primarily a winger, and given the Fire’s preferred 3-5-2 setup he doesn’t seem to have a place at the moment. Maybe Thursday is when we’ll see the 20-year-old Argentine given a shot.

It is unclear as to what will happen with MLS following this tournament, so if the ‘Caps fail to advance this will be their final match for who knows how long. Given just how long we all waited to see them in action in Orlando, the last week has been a tremendous disappointment, with only one more chance for redemption. Get your alarm clock ready, because otherwise you might miss it.