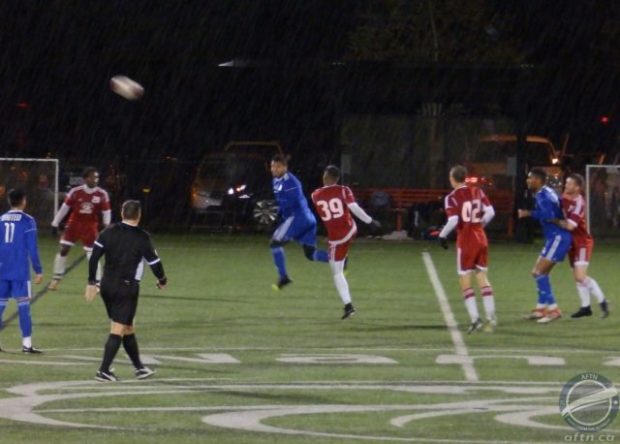 It was a high scoring second week of the 2019/20 Vancouver Metro Soccer League (VMSL) Premier Division season. One that saw four teams finish it undefeated and with maximum points from their first two matches, and three teams still looking for their first point of the season, including BC Provincial champs CCB LFC United.

One of those teams, BCT Rovers Hurricanes, kicked the action off on Friday night with a narrow 3-2 win at Burnaby Lake over promoted side ICSF Columbus. David Chohan, Pavi Dhillon, and Harpreet Khakh got the goals for the Hurricanes, with Adriano Negri bagging a brace for Columbus.

Khakh secured the three points for the 2017/18 Premier champs when he headed home a Nick Soolsma cross, which you can see in the video below.

A post shared by BCTFC ANNUAL SOCCER TOURNAMENT (@bctfc_annual_soccer_tournament) on Sep 14, 2019 at 9:46am PDT

Last year’s Premier champs, Croatia SC, got their first win of the season under their belt with a comfortable 5-2 win at Coquitlam Metro Ford Wolves.

They did it with five different scorers as well, with Daniel Davidson, David Malamura, Mark Malamura, Emile Saimovici, and Alejandro Varela all getting on the scoresheet for Croatia. Juan Sanchez hit a brace for Metro Ford, who are still looking for their first points of the season.

SFC Pegasus continued their strong start to the new season and made it two wins out of two at Burnaby Lake on Friday, coming away with a 2-1 win over Club Inter EDC Burnaby.

Former WFC2 player Sahil Sandhu hit his second of the season for the Horsemen, with their other coming from an own goal. Marco Visintin hit Inter’s first goal of the season but it wasn’t enough to prevent their first loss of the new campaign.

Friday night’s action was rounded off at Newton Athletic Park with the VMSL Premier match of the week, and a repeat of this year’s BC Provincial A Cup final, as CCB LFC United hosted Rino’s Tigers. 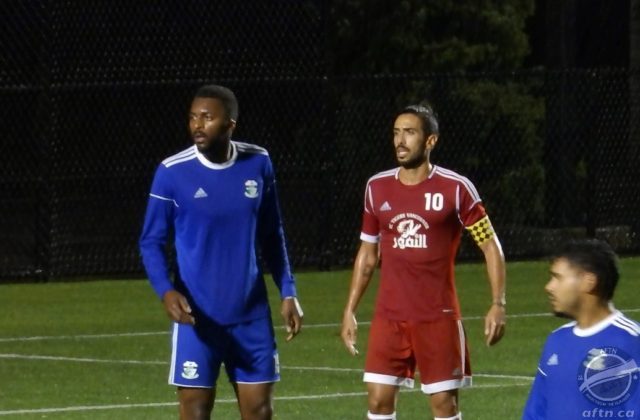 CCB were handy winners back in May and they’ve perhaps got one eye on the upcoming nationals next month as they’ve had a tough start to the new league season, suffering a shock opening day loss to Guildford FC FASA.

They’re starting to get some of their key players back now, but that wasn’t enough to stop them going down to a 2-1 defeat to the Tigers in this one, and Rino’s were worthy winners and unfortunate not to have put the game to bed earlier than the final whistle.

Rino’s went ahead in the 14th minute when Ismael Longo fired them in front from the spot. The Tigers nearly doubled their lead shortly after, but Yuto Kimura could only look on in despair as his curler crashed off the right post, much to CCB’s relief.

The home side found their feet though and both teams exchanged chances before CCB got themselves back level a minute before half time, and it was through another penalty. Kristian Yli-Hietanen was brought down in the box by the keeper’s outstretched leg and Caleb Clarke fired home the resultant spot kick to send the teams into the half all square.

The parity was to only remain for five minutes after the restart, with Kimura firing high into the next from a tight angle after a quickly taken free kick on the left. That was to prove to be the winner, although Rino’s Farivar Torabi could have made for a more comfortable finish for the Tigers with a bit more luck in finishing and offside calls.

The only blot for Rino’s was the sending off of defender Danylo Smychenko for a second yellow card midway through the second half.

It was a big win for Rino’s this early in the season, keeping their 100% record intact and giving them a six point advantage already over the still pointless CCB.

You can see our highlights from the match in the video below (although I did miss most of the second goal due to my unhealthy Scottish diet and getting a chocolate bar out of my bag at the worst possible moment!).

West Van FC are the fourth and final team to have maximum points from their first two matches.

The Amblesiders are looking strong defensively once again this season and came away with a fairly comfortable 4-0 win over NVFC Norvan at Fen Burdett Mahon stadium on Saturday afternoon.

Dylan Bams had West Van in front nine minutes in, but they had to wait until the 56th minute to double their lead, with Eoin McCormack finding the back of the net. Matthew Loveland made it three in the 78th minute before an own goal completed a miserable afternoon for the North Van lads three minutes later to round off the scoring.

The match finished 5-1 in favour of the Burnaby side but there could have been at least double the goals and double figures for the White Eagles with the amount of chances created then squandered. 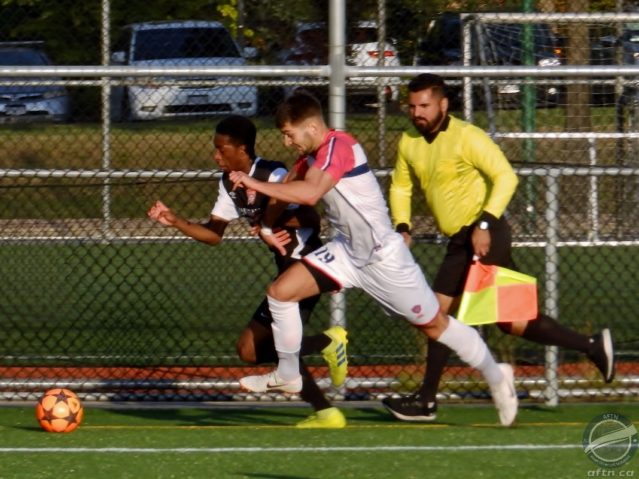 After their shock 2-1 win over Provincial champs CCB win the opening day fixtures last weekend, no-one was really sure just what this new look FASA side would be like this season. Many had expected them to be the potential whipping boys of the division, as they had originally been slated to join the U21 division before the chance to buy Guildford’s spot was afforded to them. That first day win shook up those thoughts, but on the basis of this performance, it could be a long season ahead for the team.

That’s not to say that they’re not playing nice football and creating chances, they are, but they have some serious defensive issues to sort out if they are to be competitive.

The White Eagles nearly went ahead early when they had an effort cleared off the goalline at the last possible seconed but it was FASA who took the lead in this one, with Othmane Kabbadj scoring from the spot ten minutes in.

It was an entertaining end to end match, with both sides having their chances, but Burnaby Selects tied things up in the 26th minute when Vladyslav Matlash fired home a free kick at the near post that seemed to confuse the FASA keeper all ends up. Vuk Erbez then had a headed goal ruled out for offside before the White Eagles went ahead with a penalty of their own from Mladen Ljumovic in the 34th minute.

FASA then had a great opportunity to hit right back, but they didn’t take it and were punished immediately when Matlash finished off a nice move in the 38th minute. After that it was all downhill for FASA.

Matlash completed his hat trick in the 55th minute, volleying home, and then missed a penalty and the Burnaby boys had a lot of other chances saved before Erbez completed the scoring in the 74th minute.

There were still some good chances before the end but no more goals and the White Eagles will be happy with their night’s work.

You can see our full highlights video from the match below. Definitely worth checking as entertaining from start to finish.

You can also find some more of our photos from the two featured matches above over on our Flickr account and in the slideshow below. 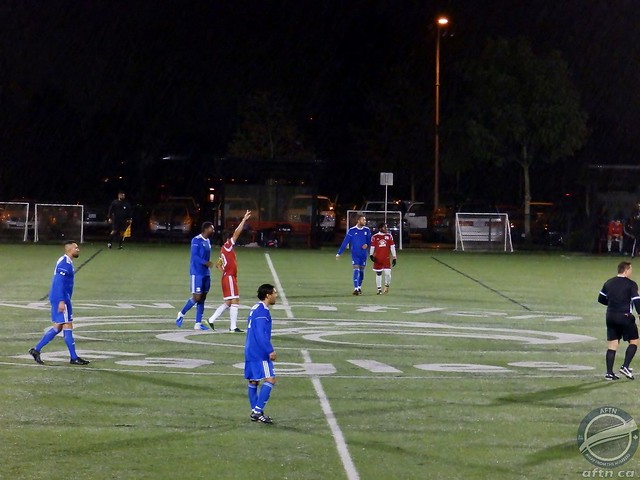