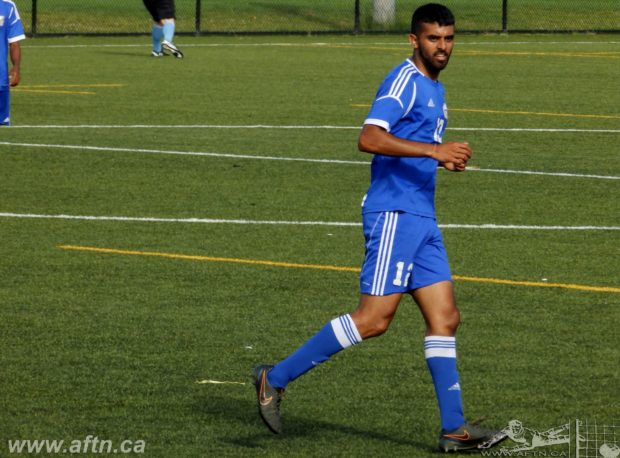 Our latest player profile is another UBC Thunderbird and another Surrey United product, midfielder Karn Phagura.

Last year was Phagura’s third CIS season with the Thunderbirds. After a first year on the fringes, where he made eight sub appearances and clocked up 261 minutes, Phagura found his place in the team as seniors moved on.

In his second year in 2015, Phagura made 17 appearances, six of them starts, and clocked up 649 minutes for the season, as the Thunderbirds brought home a bronze medal at the nationals in York, Ontario.

Heading into the last CIS (U Sports) season, UBC head coach Mike Mosher sang the praises of Phagura to the team’s website, highlighting how key he now was the Thunderbirds side in his third year with the team.

“Karn Phagura is going into his third year, and he’s made consistent progression in training, he’s worked hard, and now we feel he’s ready to step in and be a really important guy for us,” Mosher said. “We’ve seen a huge improvement in his all-around game in the last eight or nine months. Karn is a perfect example of how important recruiting is, even years down the road – you always need to have guys who are able to grow and step in when needed.”

That was evident in his stats, with Phagura playing in 24 matches for the Thunderbirds in 2016, all but one of them as a starter, contributing his first three assists for the team.

Here’s the video package put together for Phagura during his college recruiting year.

The central midfielder came through the BCSPL system with Surrey United but he also played at adult VMSL level as a 17-year-old with Surrey United Firefighters, heading to Halifax with the Provincial Cup winners to play in the nationals, and scoring a crucial 89th equaliser and then the winning penalty in the shoot-out in their semi-final Challenge Trophy win, eventually coming home with a silver medal.

That experience against older players will serve Phagura well at PDL level. Having played last summer with Vancouver Thunderbirds in the PCSL, (where he scored two goals during the season and won the Championship) this now gives the 21-year-old an ideal platform to showcase his talents ahead of the next U Sports season.

You can see Karn and the rest of the TSS Rovers squad at Swangard Stadium this summer. The Rovers home opener is on Friday May 12th against Lane United. Season tickets cost only $70 for seven PDL matches and a marquee friendly. If you haven’t got yours already, then click HERE to get your season or individual tickets. #SupportLocalSoccer