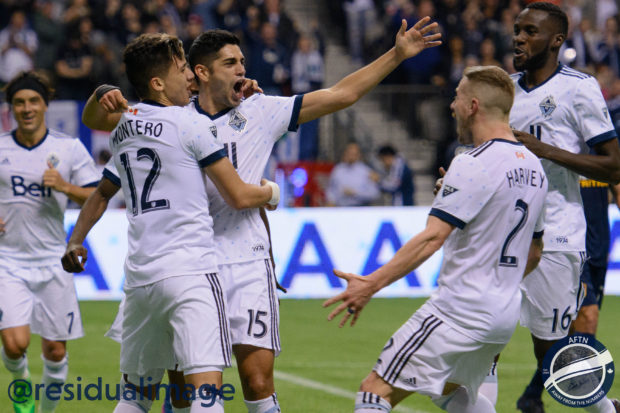 One of Carl Robinson’s many favourite sound bites is that he doesn’t care about formations, but rather about who, and how, the players are deployed. His actions have not spoken as loud as his words, however, as he has seemed to be forever tied to a 4-2-3-1 with two very defensive midfielders as the shield in front of his backline with only the odd departure, most notably with trying Pedro Morales as one of the two holding midfielders with less than exceptional results.

For what feels like ages, Whitecaps pundits and bloggers such as yours truly have been yearning for a deployment where the midfield players are more involved in not just the defensive aspects of the middle third, but also in the build-up and as an extra attacker in the form of a late runner to break the lines of the opponents defence.

Saturday, at home against Los Angeles Galaxy, observers got what they wished for, in what was a familiar line-up and shape, but a drastically different performance.

Whether Robinson finally committed to having his holding midfielders release forward, or it was just opportunistic play from individuals due to a flaccid Galaxy midfield, it worked to perfection for the full 90 minutes, resulting in an offensive output not often seen from a Vancouver side that’s been lacking attacking ideas for over a year.

Early in the match, Andrew Jacobson was seen repeatedly near the top of the Galaxy box, and even made a few darting runs into the area, causing the Galaxy defence to scramble. As the game progressed, the continued pressure from midfield directly resulted in two goals by Vancouver’s most unlikely position player.

Following on Jacobson’s early forays, the second half had Matias Laba crashing in at a rebound that was put away by Fredy Montero only inches away from Laba, followed shortly by a sweet strike for the winner from the top of the box, and a headed goal by the often conservative midfielder from the six yard box. He also had a hopeful volley attempt go miles high, but it was plainly obvious that the Whitecaps midfield was aggressively involved early and often, and they were justly rewarded for their attacking impetus.

While a similar game plan may not result in such success in every circumstance, such as an away game in Portland, who have a brutally dynamic midfield capable of incisive counter attacks, it is certainly evidence that releasing his central midfield pairing forward is a tactic which must be revisited, especially at home. For far too long teams have been able to come to BC Place and play conservatively with only having to defend an outnumbered front four Whitecaps attackers.

Yet for those who have hungered for a tactical approach beyond ‘get it to the fast guys out wide and hope for magic,’ the more frequent involvement of the holding midfielders at least generates some hope to an otherwise bleak start to the 2017 campaign. 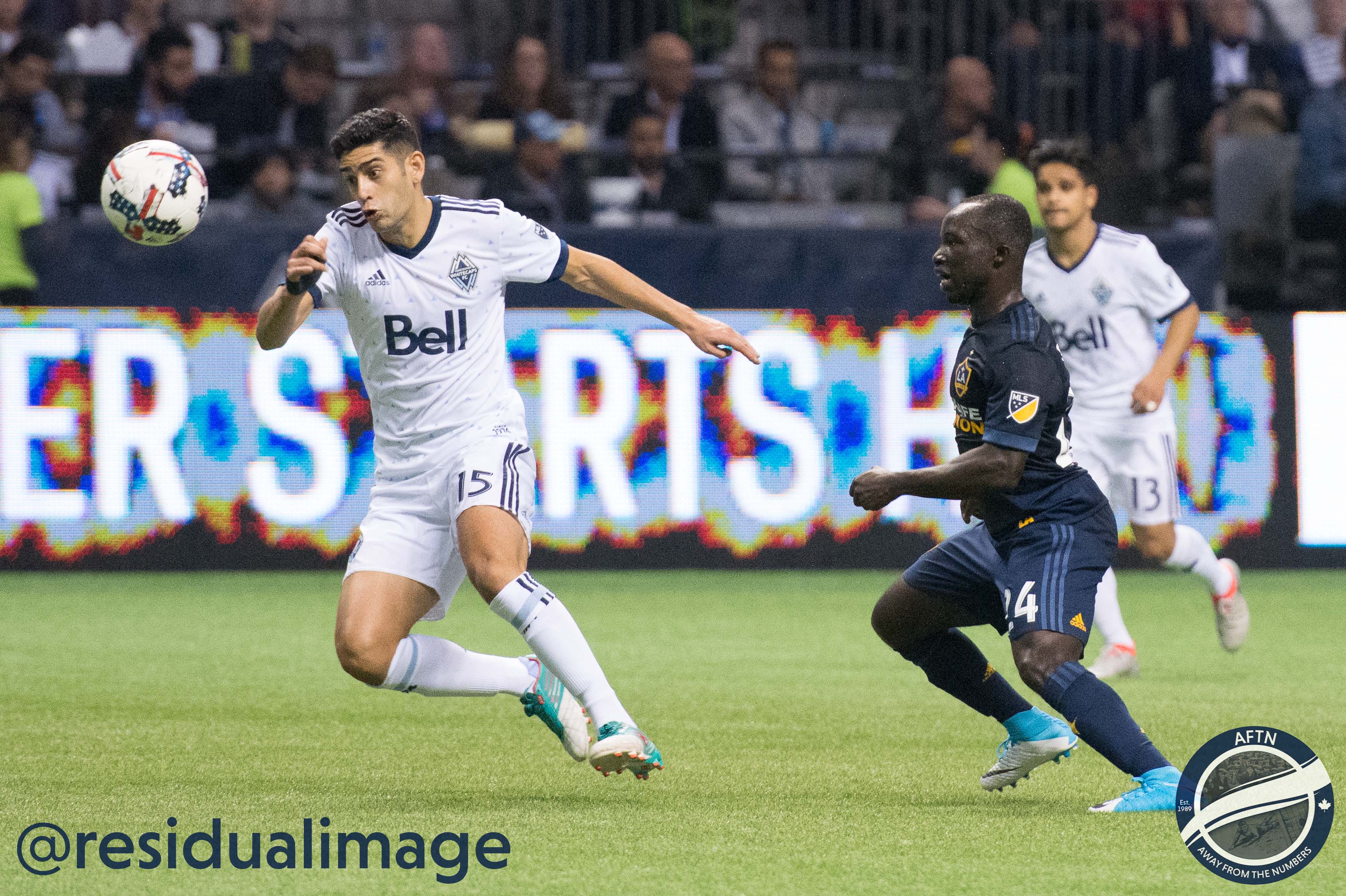 The timing of this tactical revelation for Robinson couldn’t have come at a better time. In a critical month which includes crucial league matches against LA, RSL, Seattle, and Portland, one of the most potentially significant matches in the club’s history is only days away.

The Whitecaps face one of the finest club teams in all of the Americas on Wednesday, as Mexican side Tigres head to town in the return leg of the CONCACAF Champions League semi-finals.

Despite a valiant effort in Monterrey, the Whitecaps have a two goal deficit to overcome if they wish to continue in their march towards the Club World Cup. Only days ago, it seemed like scoring two or more goals against Tigres would require some form of divine intervention. However, Tigres current poor domestic form and some of the Mexican club’s star players, such as Jürgen Damm and Luis Quiñones, are battling injury, coupled with the fact the Whitecaps have recently found their shooting boots, suddenly makes the fixture that little bit more interesting.

Momentum is a funny thing, and if the Whitecaps players are able to parlay their recent victory into a little bit of conviction on the pitch, it’s not unreasonable to think the ‘Caps could snatch a goal early and really have a go at a Tigres club not used to the long travel, chilly climate (the roof WILL be open no matter what the weather and rain is in the forecast), and plastic pitch.

Even if everything goes to plan early, it’s still going to be a tough task for the Whitecaps who are no doubt outmatched on paper, and have still shown some defensive vulnerabilities. Even with a decidedly second choice side, Tigres have all the talent needed to rip apart a Whitecaps team that’s spread itself thin pressing for goals.

It will be interesting to see Carl Robinson’s tactical approach to the match on Wednesday, as pressing to hard too early and conceding an away goal will surely mean the tie is done and dusted, but on the heels of a compelling four goal output on Saturday, it may be best for the team to try and pick up where they left off and put the throttle down see if maybe something magic can happen.

And like Saturday, we may find that the Whitecaps defensive midfielders will be the important key to unlocking some more history.