It’s been a difficult first MLS season for Vancouver Whitecaps.

Monday’s performance against Manchester City showed that the talent we have in the current Caps squad belies the current lowly League position.

One player in particular who excelled in the friendly was goalkeeper Jay Nolly. 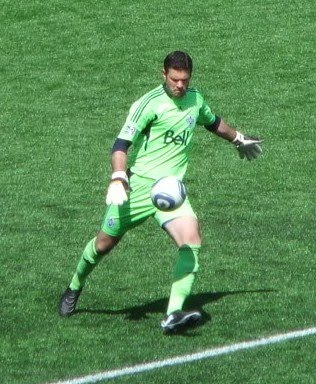 Jay started the season as the number one goalie choice for Teitur Thordarson. There were a couple of shaky moments that all keepers have, but they were countered by three clean sheets, a string of important saves and ‘Man of the Match’ awards.

When Thordarson was fired at the end of May, new manager Tommy Soehn rang the changes in the team and unfortunately for Jay, that meant him being benched in favour of veteran Joe Cannon.

Cannon has done well, but has also made mistakes, and many fans are calling for the return of Jay Nolly to the starting line up. After his performance on Monday, he will have done his case nothing but good.

With the season being just past the halfway stage now, what are his thoughts on how the Caps have performed so far:

“You know, we’ve pretty much been in every game. We’ve done well creating chances, but when we’ve gotten those opportunities we haven’t put them away. And the times we’ve had where we’ve had to kill off games, we haven’t done a good job of it and that’s led to a bunch of ties and then dropping some games at the end.

That’s something we’re starting to work really hard with, with Tommy, to play the full ninety minutes, get the good work in and hopefully we can start to do that consistently now.”

How frustrating has it been for Jay to lose that number one spot?

It’s a gut check and you gotta just rebound from it and for me now, I gotta challenge Joe and try and get back in there.” 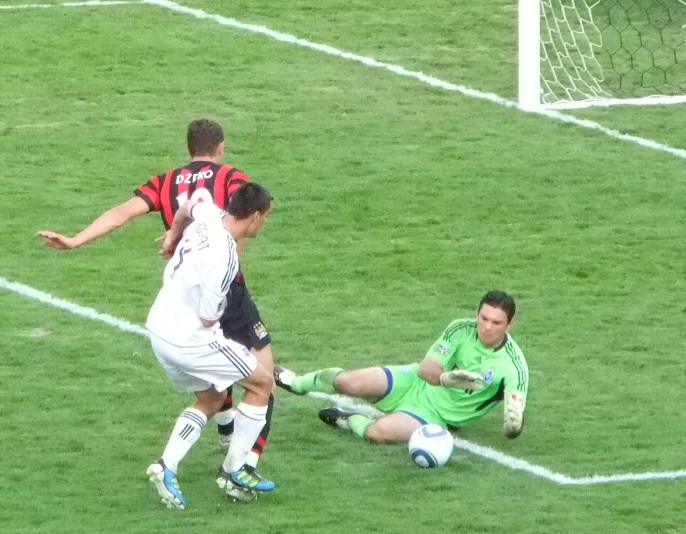 The Caps have added Mustapha Jarju, with some more additions expected. Where does Jay see the missing pieces to get the team winning again?

“The consistency with being healthy too, I think that’s a big one for us.

Jarju looks like he’s going to be great. He could be huge for Hassli. He’s very unselfish and that might be something that we need up in the box area. I’m excited to see him play.

I think just getting that consistency, where guys are healthy and no suspensions and you can get through games and get scoring. We’re creating chances, we’re just not putting them away. I think we’ll be a dangerous team.

I think teams don’t want to play us. If we can get on a roll, we’ll be tough to beat.”

It’s been a tough season. We may not have a lot to play for now except pride, as high a league position as possible and the Cascadia Cup. All three are important.

If we can some wins under our belt, it will raise optimism for what might lie in store for next season.