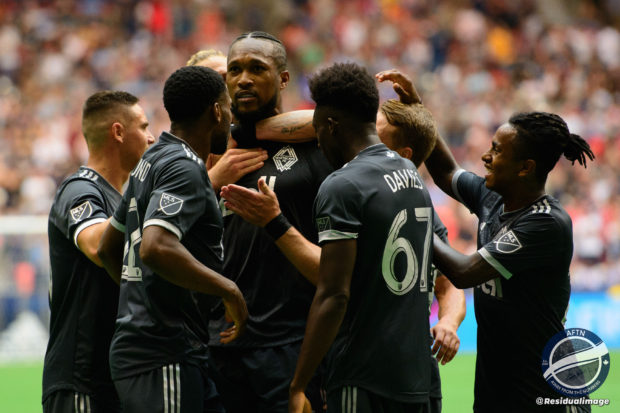 Vancouver Whitecaps’ 2018 season is over, so that can only mean one thing. No, not team implosions (well yeah it did mean that this year), but it’s time for us to kick off our end of season analysis with our annual In, Out, On The Bubble feature.

While the season ended with a whimper and a second one in three years out of the playoff picture, there was plenty of fireworks down the stretch with the firing of Carl Robinson, Russell Teibert’s presser after the SKC game, and end of season press conferences.

We may not know who is returning and who exactly is leaving until the new head coach (*cough* Marc Dos Santos *cough*) is appointed, but there is no doubt that there will be plenty of upheaval and new faces next season.

Below is listed is our thoughts on who we think will be brought back, who definitely looks to be on their way out, and who is in limbo.

There were minor changes due to what we learned at the end of season press conferences (Kendall Waston going from “on the bubble” to “out”), but for the most part nothing has really changed over the past few weeks.

Of course anything can happen depending on who the new coach and the style of play they want to implement on the pitch. 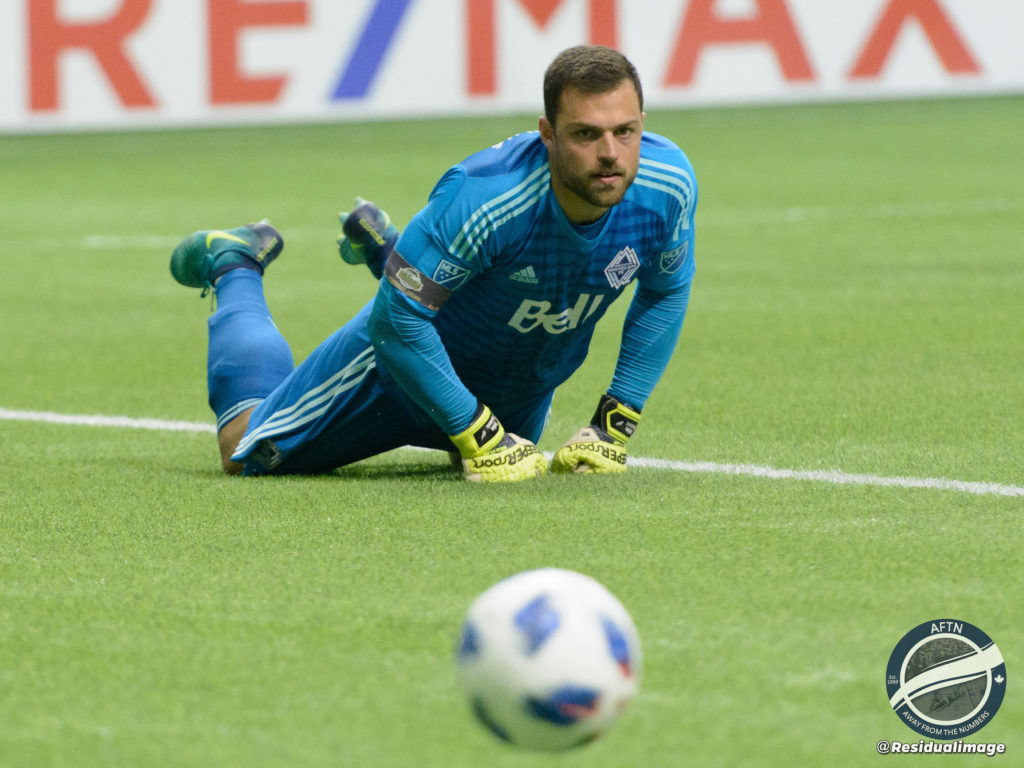 It was a difficult year for Stefan Marinovic dealing with multiple injuries and getting little support from his teammates on the defensive side. While he wasn’t poor while tending the goal, he wasn’t able to steal enough points to get the ‘Caps into the playoffs and the new keeper coach will have to decide whether Marinovic is their type of keeper.

Some may not rate him as a starter but Brian Rowe did an adequate job when he had to fill in for Marinovic. Despite that I expect the ‘Caps to fill the backup role with an inexpensive and younger keeper.

That backup spot could go to Residency grad Sean Melvin, who has seen time as the third keeper this season and moved up to the bench when Marinovic was out, but then you have the undecided future of Spencer Richey to factor into the equation.

Richey spent the season out on loan with FC Cincinnati in the USL, finishing the season as a starter and putting in some strong performances. Will Alan Koch make a play for the former Washington Huskies keeper for their first MLS season or will the ‘Caps have seen enough to put their faith in him for next year? Our gut feeling is we’ll see Richey in Cincinnati in 2019, whether as part of the expansion draft or as an agreed trade. 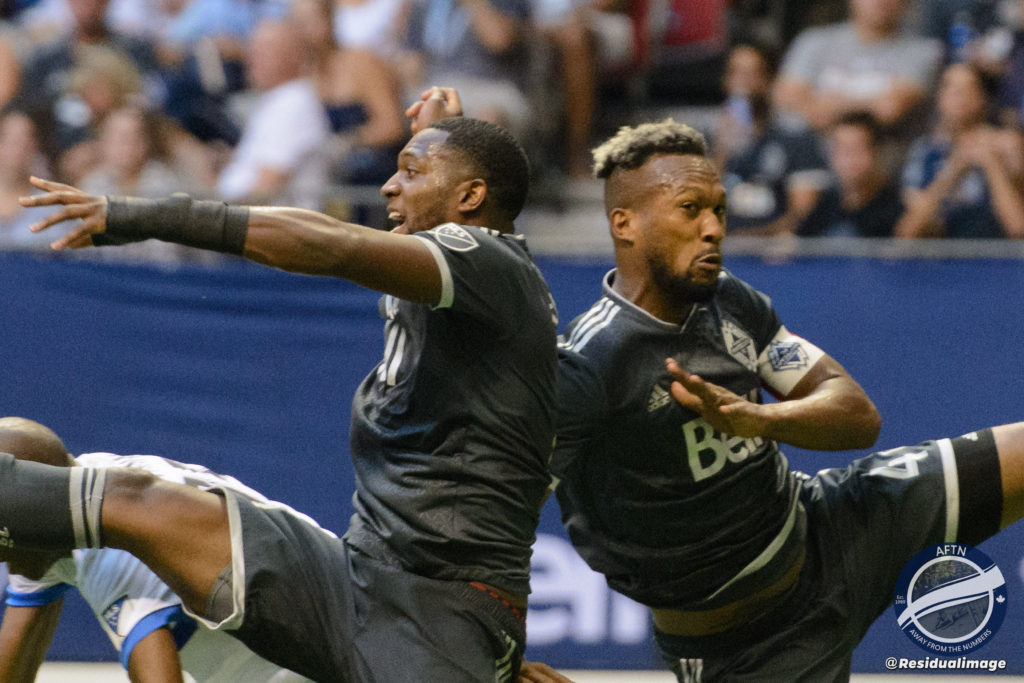 It’s been a great era for Kendall Waston since he joined the club four and a years ago, despite the last few weeks, but it seems like the Captain will be moving onto greener pastures. He will be the most difficult to replace as it is very difficult to find a central defender of his size, athletic ability, and toughness.

Now that Waston is leaving, there is potential for both Doniel Henry and Aaron Maund to return and pair with a new starter in the backline. Henry, coming back from a serious injury, had an up and down season as he tried to return to his previous form while Maund got better as the season went on and even exceeded expectations.

Another disappointing acquisition was Jose Aja from Orlando and a major strike against him returning is that Vancouver will have to send more TAM to Florida in order to retain him. There’s also a question over Roberto Dominguez. We haven’t seen the El Salvador international in action but he’s just arrived and it would seem strange to just cut ties right away, but a new coach will mean a new direction, so he’s definitely on the bubble right now.

The sophomore season started slowly for Jake Nerwinski but eventually the right back reclaimed his spot in the line-up and was one of the few consistent performers down the stretch.

During the rough patches for Nerwinski, Sean Franklin did a decent job as a replacement. However there were clear signs that he was unable to keep with the pace of the match and he may not be a safe bet for the backup role next season and it will be a surprise to see the veteran back.

The other side of the backline will depend on one major factor – the ability of Brett Levis being able to play a full 90 minutes and improve his defensive game. If Levis can do that then the starting spot is his. He’ll definitely be back, but whether the biggest challenge to him will be another left back or his own health is the big question.

Marcel de Jong looks set for the backup role, and he has been signed for next season. De Jong started out strong but his play deteriorated down the stretch so much that the coaching staff didn’t trust him on the pitch. Whether that sees the new management team keen to move him on is what puts him on the bubble for us. 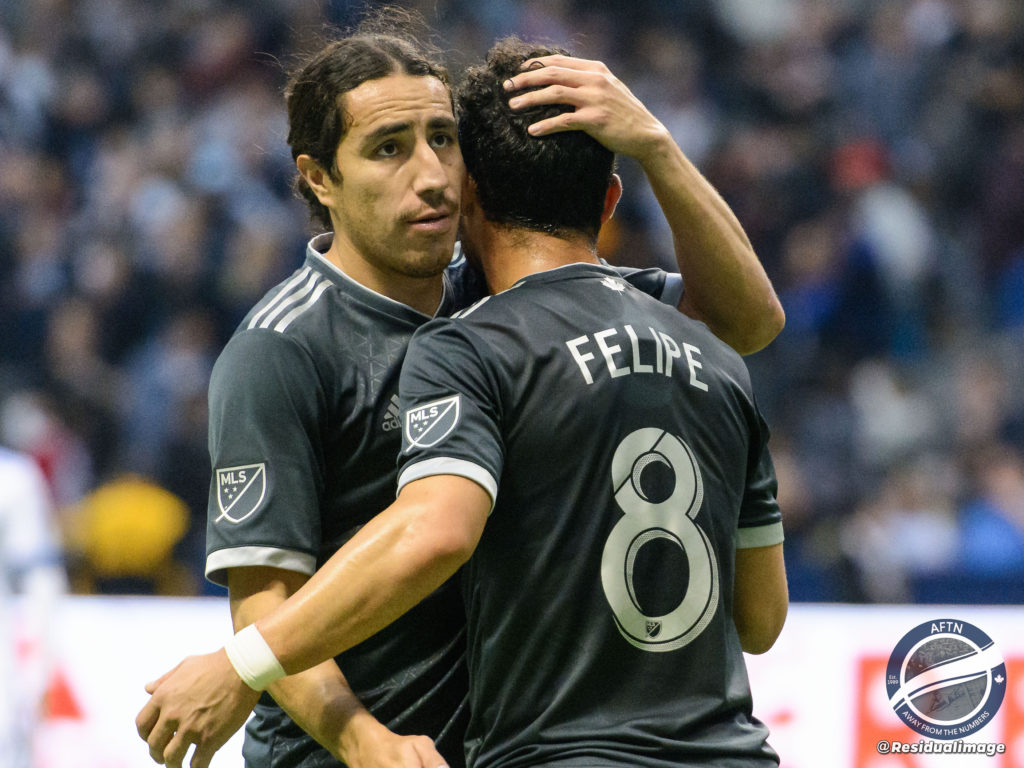 After playing a number of years in a stagnant pattern, it seems like Russell Teibert has earned more time on the pitch and is arguably looking like a leader off it. He will be returning to the club next season and might be named the captain of the team if he earns a regular starting spot under the new coach.

While I was optimistic about the Efrain Juarez signing prior to the season, he could arguably be regarded as one of the worst signings in the ‘Caps MLS history. He was brought in to provide leadership in the midfield but for the most part he lacked discipline and was unable to gel the midfield together.

Coming in exchange for Tim Parker, Felipe had some of the best attacking stats amongst the Whitecaps players. Unfortunately his form degraded when he moved to a deeper midfield position, where we’re placing him for this roundup, exposing his lack of defensive acumen. He could be back if he’s seen to be more beneficial to the team in an attacking role, and his previous MLS track record would suggest he is.

If Jordon Mutch was healthy for the majority of the season and played to his levels then the ‘Caps are most likely in the playoffs. He will return to England now that his loan deal to Vancouver is expired and is unlikely to return due to his high price tag and injury concerns.

There’s a big question around Aly Ghazal. He’s had a fairly good season, not a great one, but by the end of it the starting role was his. He’s on a big ticket and has just got back into the Egyptian national team, so a move closer to home seems likely and social media messages from himself and his wife seem to indicate his time in Vancouver has come to an end.

If the Whitecaps are serious about being a developmental club, then David Norman needs to be integrated into the 18 and eventually the 11. He has the ability to be the hard tackling and dependable holding mid and he will not be coming at a high price tag. He’s gone out on loan to Queen of the South in Scotland till the end of the year and has just broken into the starting line-up, where he’s impressed. If this continues, he could end up staying there till the end of the Scottish season.

Homegrown Michael Baldisimo is signed for next season out of the academy and will mostly be eased into getting playing time. Depending on the new regime’s integration plan, this could see him featured on the bench over the course of the season. 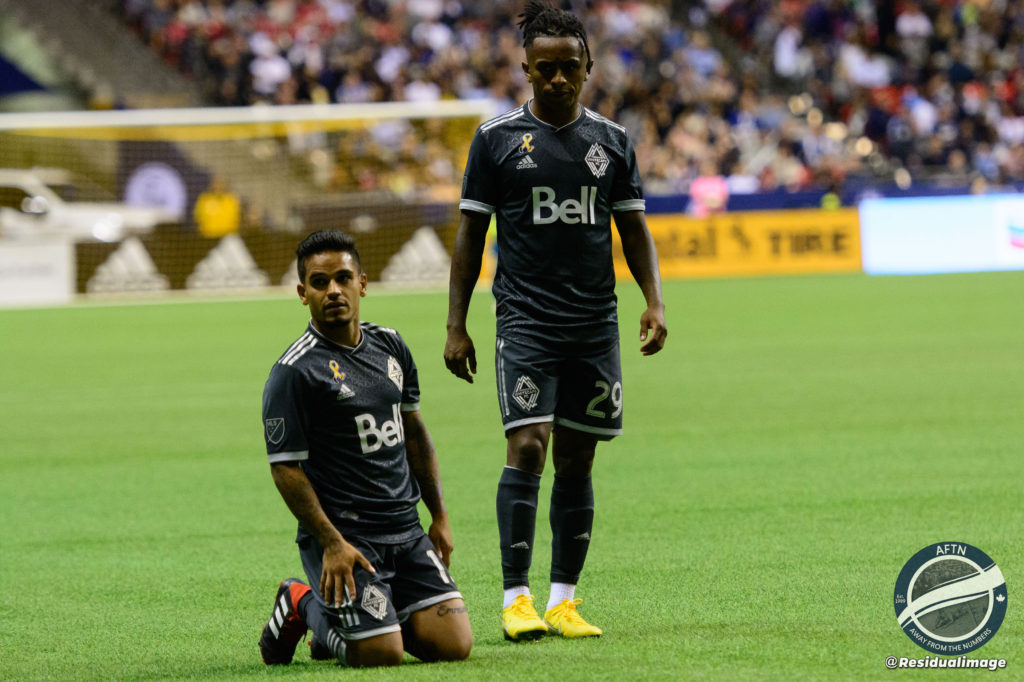 No matter who was dictated by the sponsor, the best player on the pitch for the majority of the season was Alphonso Davies, as he brought people out of their seats whether at home or on the road. He’s off to Germany now to play for one of the biggest clubs in the world in the next stage of his career (not sure if you heard!).

Yordy Reyna has all the ability and skills to be a dynamic scorer and he was a key cog when the ‘Caps were rolling with their attack. It was a rough start due to off the field issues and eventually his play started to resemble his usual ability but the consistency was lacking.

Both Cristian Techera and Brek Shea display talent to be dangerous players on the pitch but both also lacked the ability to do it every day. Techera’s contract has run out and AFTN has already been told that he will not return to the club next season. It’s a similar situation, contract wise, for Shea and there is doubt that the ‘Caps will not be re-signing the Designated Player to a new contract. No weird triggers will be in play this time around!

After five seasons with the Whitecaps there is no question what you’re going to get with Nicolas Mezquida. A super sub off the bench, Mezquida made a difference in limited roles, but his ability to make an impact from the starting eleven was limited and when he did get his opportunities, he failed to rise to the occasion. He’s been linked with a move to Europe, whether that transpires will remain to be seen, but it’s almost certain that will Robinson away, his time in Vancouver is coming to an end.

There was definite promise shown in the final five minutes of the finale when 16-year-old Simon Colyn made his MLS debut and he should see an expanded role on next season’s team. The club and veteran players are high on him, and although you don’t want to put any additional pressure on a young player, he has what it takes to make the grade.

After a season of scoring 14 MLS goals (his second best ever season in the league), meeting and even exceeding expectations, Kei Kamara seems like a no brainer to return to the Vancouver. Especially with his ability to be a solid influence on the up and coming players like Alphonso Davies. Kamara has stated that he would like to come back and it would depend on the style of the new coach and his position on the team. He should be back. We want him back. But will this be another producing striker that is made a lowball offer by the club to remain?

To say that Anthony Blondell was a disappointment would be a massive understatement since the ‘Caps paid a decent rate for him. While I don’t expect him to be released or bought out, I could see him getting a loan deal somewhere, similar to Octavio Rivero, and then either brought back or sold outright.

Next year’s number three striker will be between Myer Bevan or Erik Hurtado so I highly doubt that both will return. Hurtado clearly has the MLS experience and has been solid in short spurts when called upon but he may have plateaued. Bevan, on the other hand, would be considered by most to be more of a technical player and does have some experience at an international level. Both are cheap in MLS terms.

Theo Bair, whose contract will take into effect in 2019, is a speedy winger/striker with size and could be an exciting prospect in the wide areas. He has all the attributes to continue to grow in MLS. A loan deal could also be in his plans.

Marvin Emnes, we hardly knew thee. That said, we wouldn’t be surprised to see him brought back for preseason training so the new management team can have a look at him.