What a difference a week makes. Well, eight days if you want to be picky!

Concede four goals, for our heaviest defeat of the season last weekend, yesterday, bang in four and it could have been more. 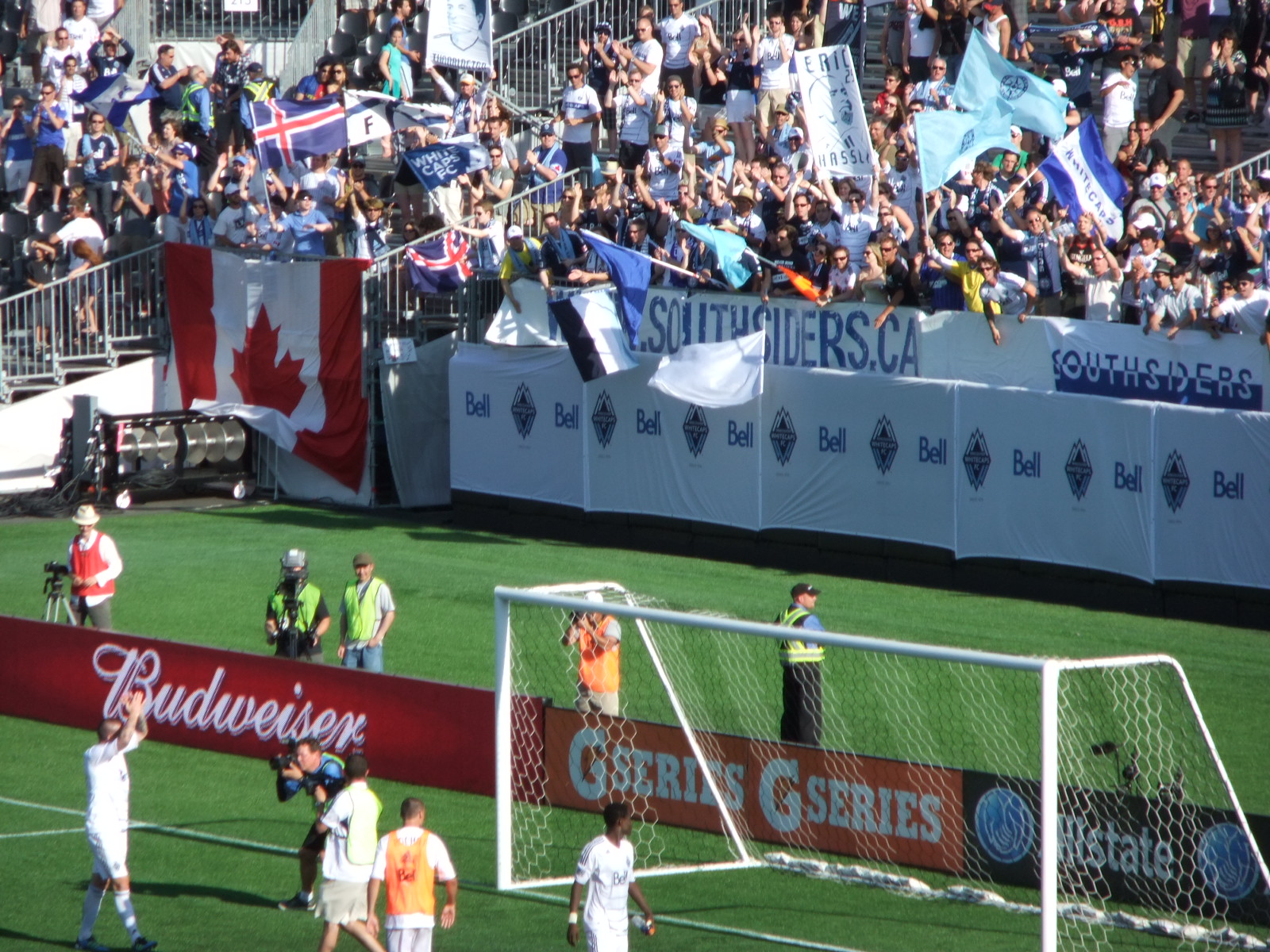 And the fans certainly lapped it up.

When you’re looking at what maybe made the difference, you really don’t have to look much further than the opposition.

Chicago were a very poor side.

You can tell they come from the Windy City, for they certainly blow.

If ever the chant of “can we play you every week” fits a team, it was this Chicago Fire side.

We may be bottom of the heap, but we’ve competed well in pretty much every game this season. The only game that instantly springs to my mind where we haven’t, was Real Salt Lake away in June.

We haven’t gotten the breaks. We haven’t taken care of business ourselves and held on to our leads. That’s football.

Next season, we might just find ourselves one of the luckiest sides going. Who knows? We can’t really get much worse luck than we have in 2011, and we’re going to have an exciting new manager trying to get the best out of us.

This was another basement battle. Not sure how many such games the Caps can have in one season, but they certainly seem to be coming along at a fair rate of knots.

We mentioned on Friday that the Caps had their work cut out to stop them being the worst team in MLS history.

As it turns out, we may not have that much work to do.

As long as we finish with one more win than Chicago, then we don’t have to worry about that. It’s looking pretty likely, although Chicago certainly did show some glimpses of what they can be capable of, and Vancouver had a few worries of their own at the back.

Let’s get the few negatives out of the way first.

Our defence is woeful at times. No matter what combination we have back there, things just seem to happen that allow the oppostion to get back into games. Silly schoolboy errors.

Obviously the constant changing of personnel doesn’t help, but even our experienced guys are getting caught out.

Alain Rochat was turned inside out for that first Chicago goal. It was actually embarrassing to see Dominic Oduro leave him so flat footed. He’s such a good defender, but was made to look so average. Hey, it happens to the best of them I guess.

I have to say that the jury is still out for me with Jordan Harvey.

The Philly fans were disappointed to see him go. I found it strange that the Union did. Now I’m kinda wondering if there was a reason that they were so keen to accept the offer they just couldn’t refuse.

He hasn’t impressed me so far and has been responsible for a couple of goals conceded now.

The penalty he gave away last week against LA was ridiculous and he clearly isn’t able to cover as a central defender, as his clumsy footedness for the second Chicago goal showed.

He may be a great defender. We just haven’t seen that in a Caps shirt yet.

It was great to see Jay Nolly back between the sticks. Not just because he’s a friend of AFTN, but we feel he is the better keeper and the long term goalie of the team.

He could have done better with the second Fire goal, and he knew it. That was written all over his face. He had some fantastic stops though and hopefully this will see him back as the starter for the remainder of the season.

In a way though, it’s a strange one.

Joe Cannon has been very outspoken about the team and the performances. He is now no longer on Twitter and no longer the starter. That conspiracy theory side of me wonders if the writing was on the wall for him as soon as he gave the Southsiders $1000 for drinks after the Galaxy defeat.

At the other end of the pitch, things were simply sublime.

Eric Hassli had a fantastic game. It’s frustrating in a way because he doesn’t show it all the time and does blow a little hot and cold.

He was hot as hell on Sunday. 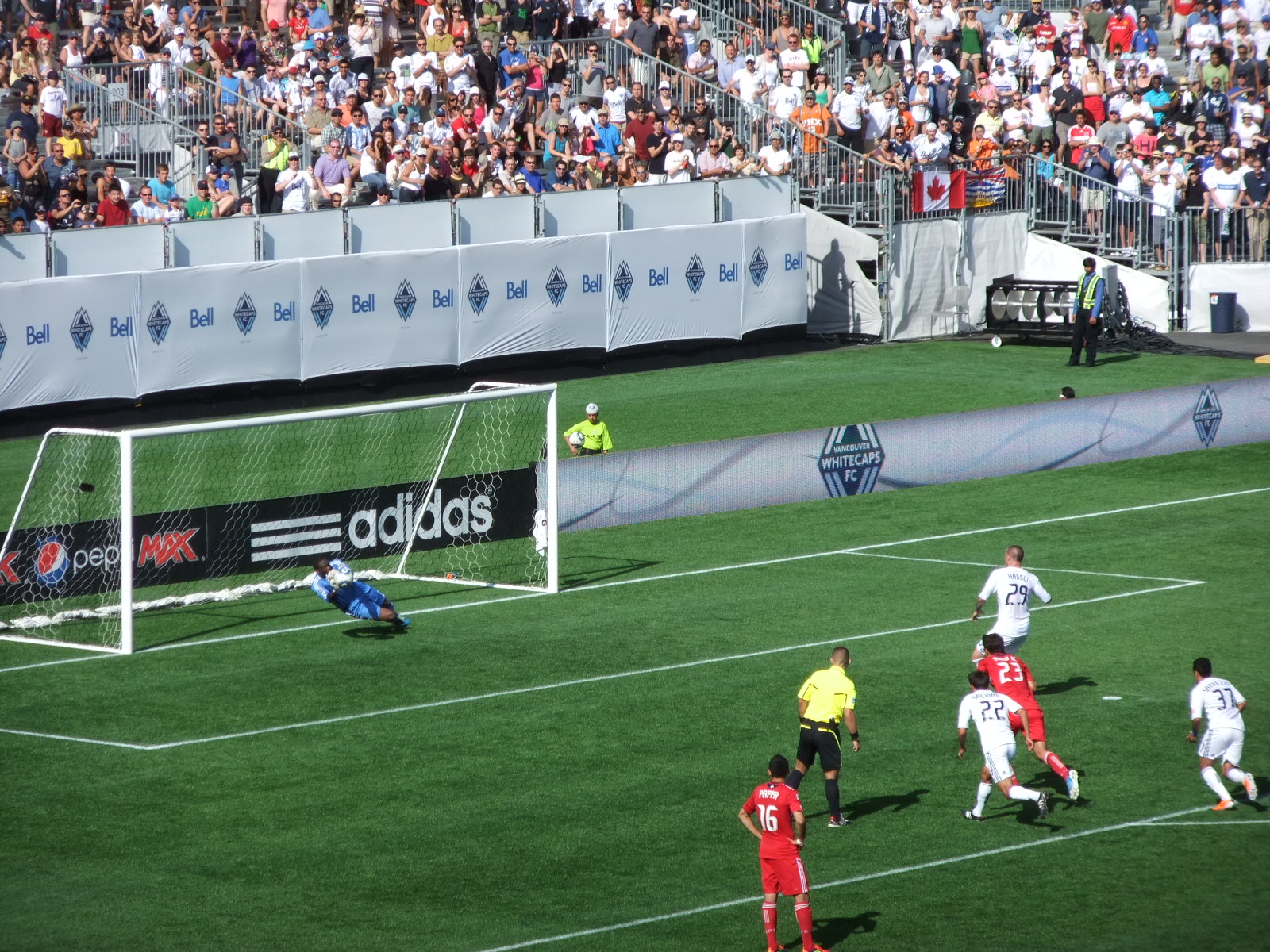 He’ll be kicking himself at the penalty miss that deprived him off his hat-trick, but that strike for the opening goal was simply perfect.

When he went to shoot instead of taking it in further, I was saying to myself “don’t shoot from there”. What do I know?!

To have that composure and that confidence in the opening seconds, to find the perfect postage stamp corner, is the mark of a class player.

His footwork and contribution to the third goal was his highlight of the game for me.

I love how he spins around and used his build to prevent getting knocked off the ball. Doesn’t work all the time, but it makes it so difficult to defend and to dispossess him.

That third goal is possibly my favourite Whitecaps goal of the season.

It was almost perfect football. 13 passes, 41 seconds, spraying the ball all around the pitch. That’s how football should be played.

Hassli may have been getting all of the post-game plaudits, but I think a case could be argued that Camilo earned the actual ‘man of the match’ award.

It was nice to leave Empire on a high for the first time, in a long time.

We may not have much to play for but I want to see us build some momentum to take into the off season.

We don’t do well after a win. We need to change that.

Let’s go on a run and keep it going well after Portland.

Everything in the garden isn’t quite rosy yet, but it’s starting to look like we’ve done the watering.