The managerial hotseat at Vancouver Whitecaps doesn’t really get much chance to get warm these days.

It’s become more of a game of musical chairs in the dugout, but today, Vancouver Whitecaps announced their new manager, and this time I think we’ve got a keeper.

Martin Rennie was officially unveiled as the new Whitecaps boss at a press conference this morning. 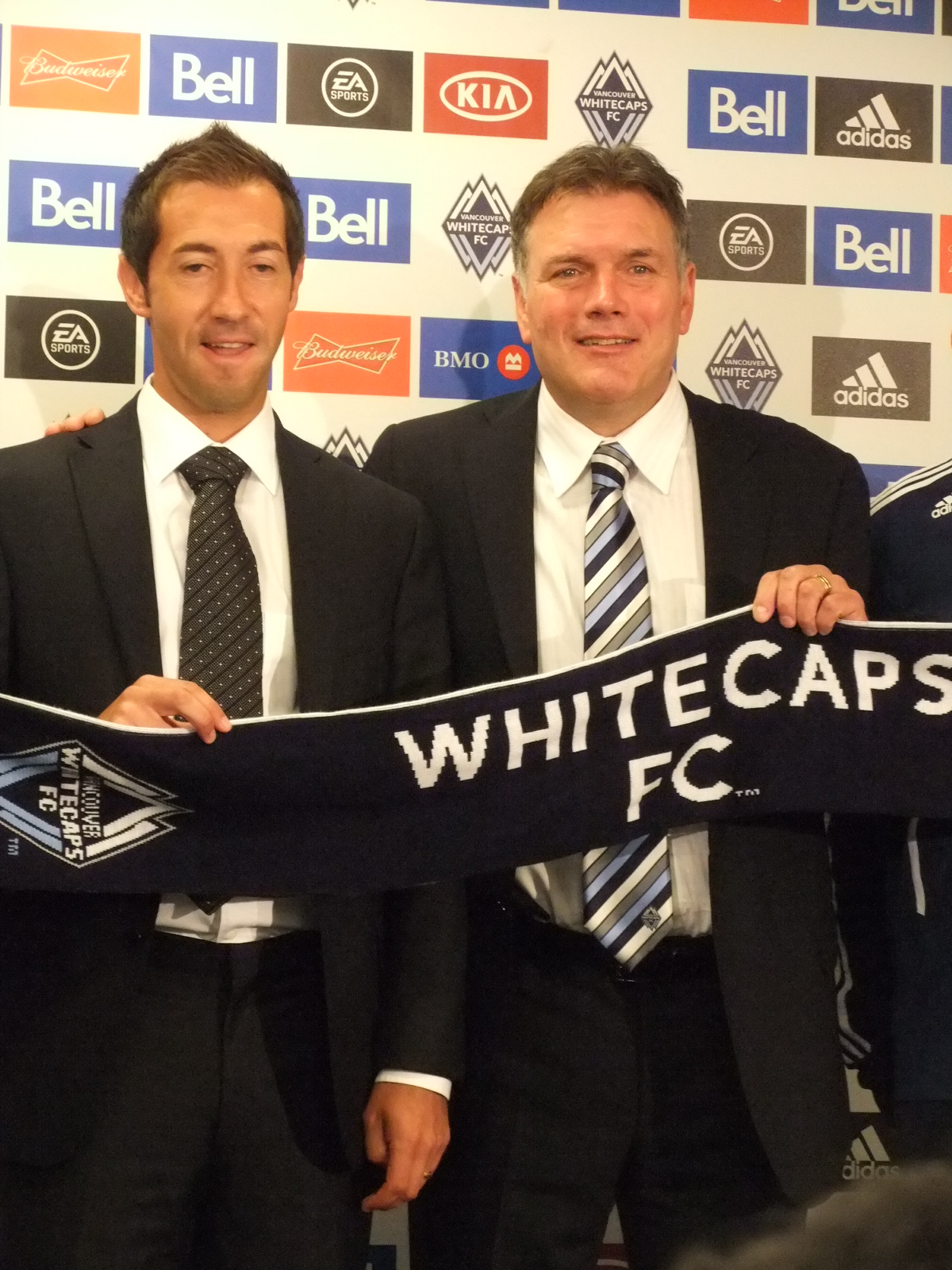 The internet was abuzz last night with the breaking news that the current Carolina Railhawks manager was to become the Caps third manager of the season.

As far as we’re concered here at AFTN, it’s a fantastic move.

Rennie is very highly thought of in managerial circles and many consider him to be the best young manager currently working in North America.

Others are comparing him to the likes of Brian Clough and Alex Ferguson.

Rennie will not officially take the Vancouver reigns until after the end of the season, choosing instead to stay with NASL leaders Carolina until their season and Championship push is over.

I can’t begin to tell you how much I admire Martin for doing that.

By choosing to stay at Carolina and see through what he started there, shows that he is a man of principle and loyalty. These are two traits sadly severely lacking in modern day football.

Rennie was linked with the Montreal Impact job, but the word on the street is that one of the stalling points in these talks was the fact that he wanted to stay with Carolina until their playoff push was done and dusted.

Montreal’s loss is most certainly Vancouver’s gain. Of course, the fact that Martin has allegedly turned down the Frenchies has already endeared him to Caps fans no end.

Many Whitecaps fans will not be familiar with the name of Martin Rennie. Believe me, you soon will be.

Although a very young manager, he has achieved so much already in his fledgling career.

So who is the new man in charge of guiding the Whitecaps to future glories?

Martin Rennie was born in Thurso and grew up on the outskirts of the town in a village called Bettyhill, in the very north of Scotland, but moved to the central belt at the age of ten, living in Larbert. His father was a Reverend and this has given Martin his strong faith.

A lifelong fan of Falkirk FC, Martin Rennie has had a love of the game from an early age and was a former ballboy at Brockville, watching his beloved Bairns week in, week out.

As a player, he went over to the States at the age of 19 and played for Charlotte Eagles when they were in the A League. He tore his anterior cruciate ligament on his first day here and struggled to recover.

Upon returning to Scotland, he turned out at Junior level (that’s adult football, not kids! Scottish non league, around tier 6, and pretty good – better than some League sides). His Clubs included Rosyth in Fife and Bo’ness United and Dunipace FC, but his playing career was unfortunately cut short in his late 20’s by another cruciate ligament injury to his right knee. 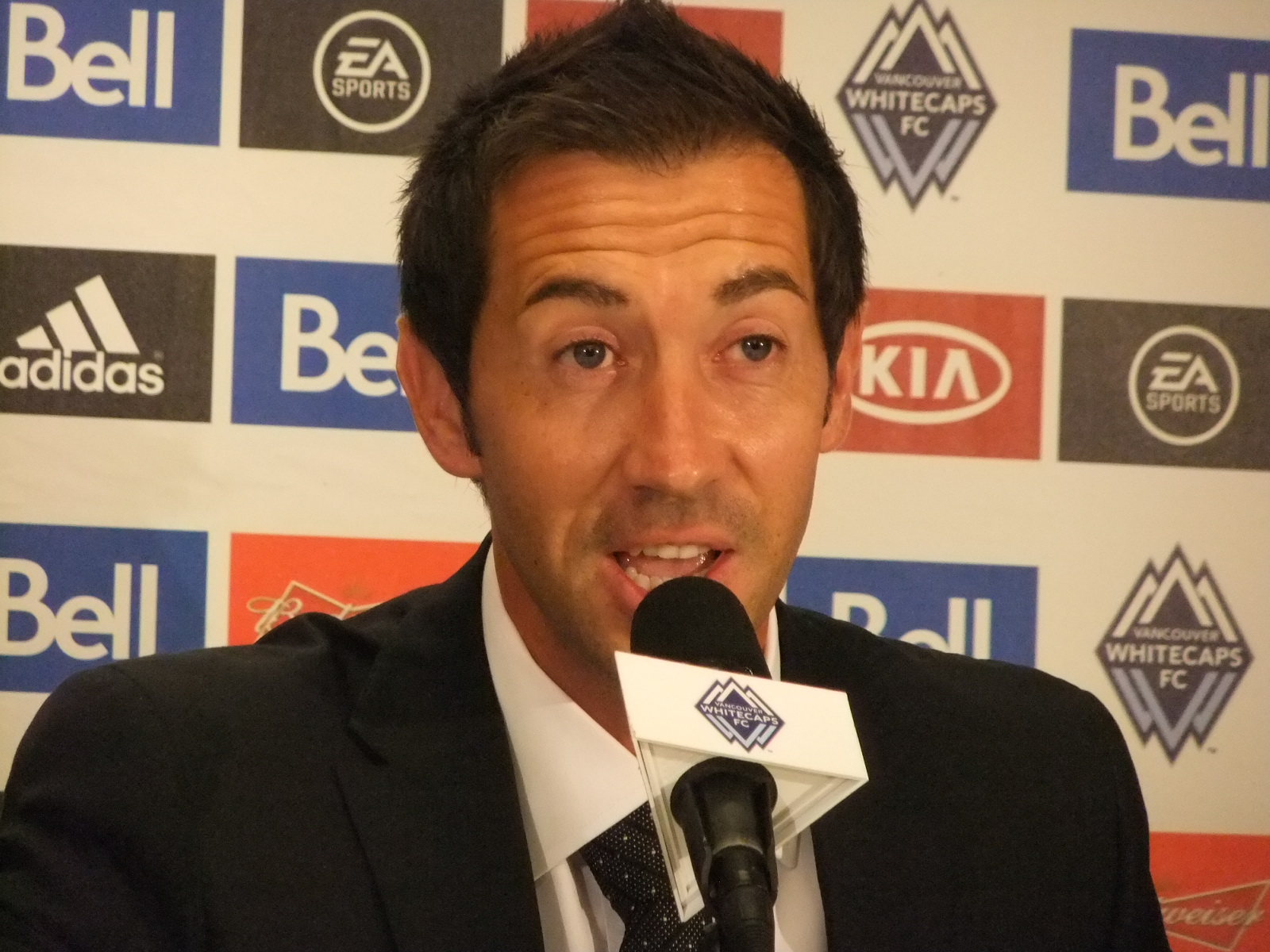 Many players would have walked away from the game. Some would have been bitter. Not Martin.

He threw his heart into the coaching side of the game and he had already achieved his UEFA ‘A’ licence by the age of 26. He now holds 12 SFA and UEFA badges and is one of only a handful coaches in the world to hold both the UEFA ‘A’ licence and ‘Youth’ licence. Impressive for any coach, never mind a 36 year old one.

Having played in Scotland and the States, Rennie decided to commence his coaching career in the US and took over the Salem PDL side Cascade Surge in 2005.

In his first season as a coach, the Surge lived up to their name, winning the Northwest Division title by eight points, before going on to lose the Western Conference Final to Orange County Blue Star.

Martin left Cascadia and went back to the UK to get more coaching qualifications before returning to the US to become manager of Cleveland City Stars in the USL Second Division in 2007.

In his first season in charge in Ohio, the City Stars finished runners up in the Division in their inaugural season and Martin was awarded the USL D2 ‘Coach of the Year’.

The team went one better the next season, and won the 2008 USL Division Two Championship.

This success landed him a job in USL Division One for 2009 with Carolina Railhawks and the his transformation of the team has been impressive, to say the least.

In his first season at Carolina he had a clear out of players and took the team from not making the playoffs the previous season to regular season runners up.

The Railhawks made the jump to NASL with the Whitecaps in 2010 and won the NASL regular season title, before going on to lose the USSF-D2 Championship game to Puerto Rico.

Carolina have run away with the league again this season and they currently lead the NASL by 12 points, with nine games remaining. Another Championship could be heading Martin’s way before he leaves for pastures new in Vancouver.

So what will a Martin Rennie Whitecaps side look like?

Going on his past records and former glories, it could be pretty exciting. He’s been nominated as Coach of the Year for the last four consecutive years (winning once). We’re getting a good ‘un.

His Cascade Surge side were the highest scorers in all of the PDL in 2005, but to show that it wasn’t just attack minded teams he put out, his Cleveland side of 2007 conceded only 13 goals all season – a USL record that still exists.

In 2010 his Carolina side conceded just 14 goals for the season in NASL and they’ve only let in 16 so far this season. I don’t think I need to tell you how big a hole this is that we need to plug in Vancouver. 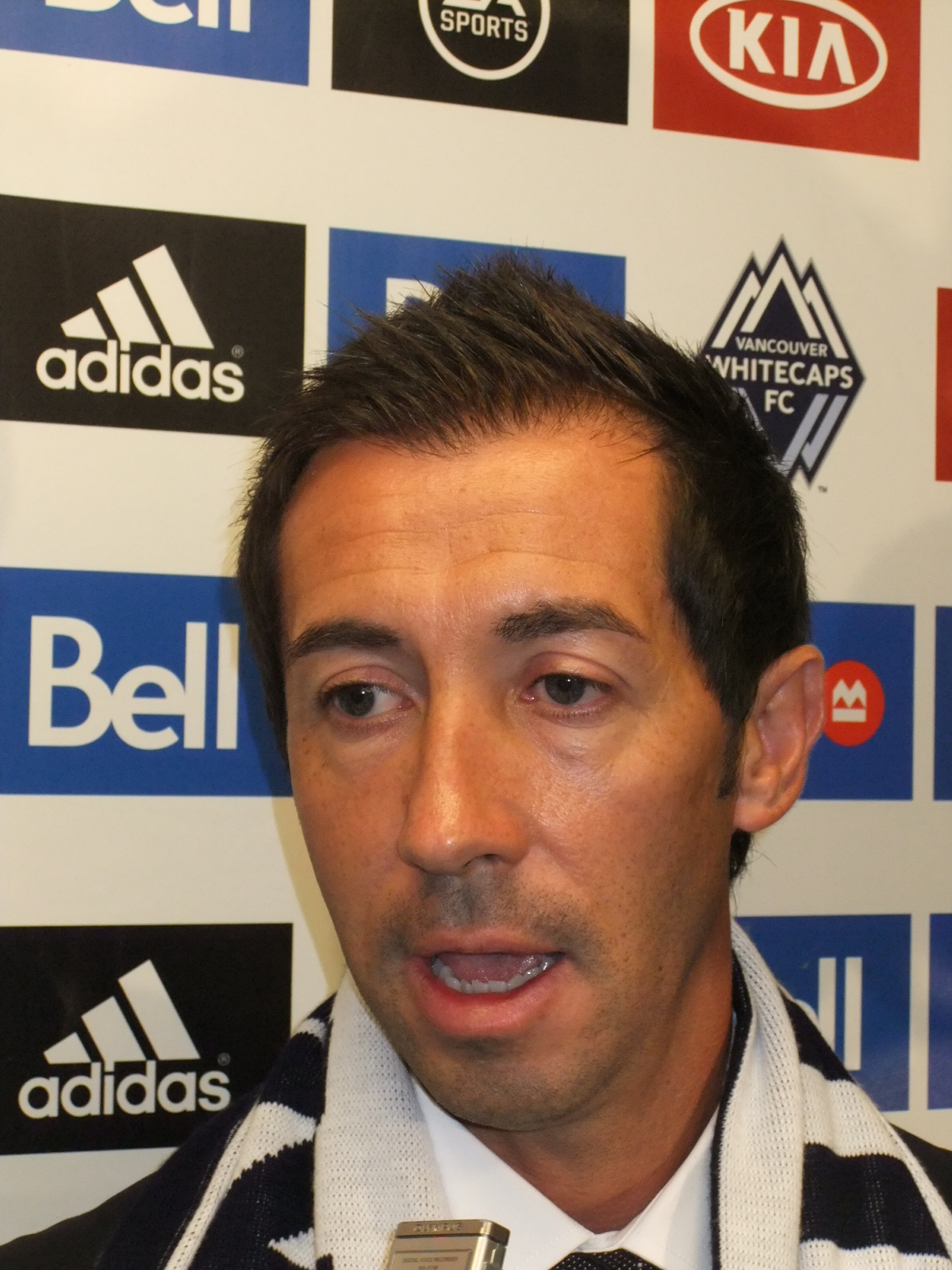 One of the things that excites me about Martin coming to the Caps is his history of rebuilding teams and developing young talent.

We have a lot of promising young players in the Residency program and PDL side, who were unlikely to get a look in under the likes of a Tommy Soehn style manager.

From what we have seen from Rennie’s managerial career to date, he has never shirked the responsibility of building for the future. Sometimes this proves to be to his detriment, as at both Cleveland and Carolina, he has seen his best talent transferred to bigger and better things. Always the curse of the smaller teams.

At both Clubs he has been forced to rebuild from team decimation, but on both occasions he has bounced back stronger. He certainly has some rebuilding work to do in Vancouver.

He lost a lot of his Cleveland players at the end of the 2007 season, but rebuilt and landed a Championship the following year with a brand new squad.

With Carolina, a change of ownership and uncertainty about the Club’s future saw further rebuilding there and again this didn’t prevent the success from coming.

Another exciting element that Rennie will bring to the Caps is his belief in using psychological concepts to get the best out of players. It’s something he’s studied back in the UK.

He believes in caring for his players, as this interview with Indyweek.com in 2009 shows. This type of man management will be good to see in Vancouver. It was something I think Teitur was good at, but Tommy not so much.

That said he has a clear tactical concept that players must abide to and playing as a team is a key part of that.

There are a couple of interesting points that we will need to see how they develop.

The first is around his assistants. Rennie has worked very closely with his fellow Scots Brian Irvine and Paul Ritchie for a few years. If he can bring them with him to Vancouver then this will be a huge asset for us (as well as obviously pleasing me with having an increased Scottish contingent at the Club – especially with Ritchie being a Fife lad like myself).

The other issue I see is who will decide which players are being kept and which are being released.

Martin Rennie should be the one to have a look at the guys and make those decisions. He is not going to be coloured by Soehn’s draftees and make the proper decisions based on what kind of players he is looking for and what style of play he will be playing.

He needs to have full control of who stays, who goes and who joins the Caps. No outside interference.

Although he may not be a household name to many out there, the buzz is there amongst those who do know Martin Rennie and his achievements. He has won 87 of the 159 games he has coached in his career – a winning record of 55%.

Carolina will be gutted to lose him, but hopefully he will leave them with the NASL Championship. We in Vancouver have got a talented young manager and all of a sudden, the future is starting to look a lot more promising.