That particular monkey is now off our back and perhaps we can now concentrate on the playoffs and Champions League qualification.

You can read AFTN’s full match report of the Philadelphia Union game over at Prost Amerika. 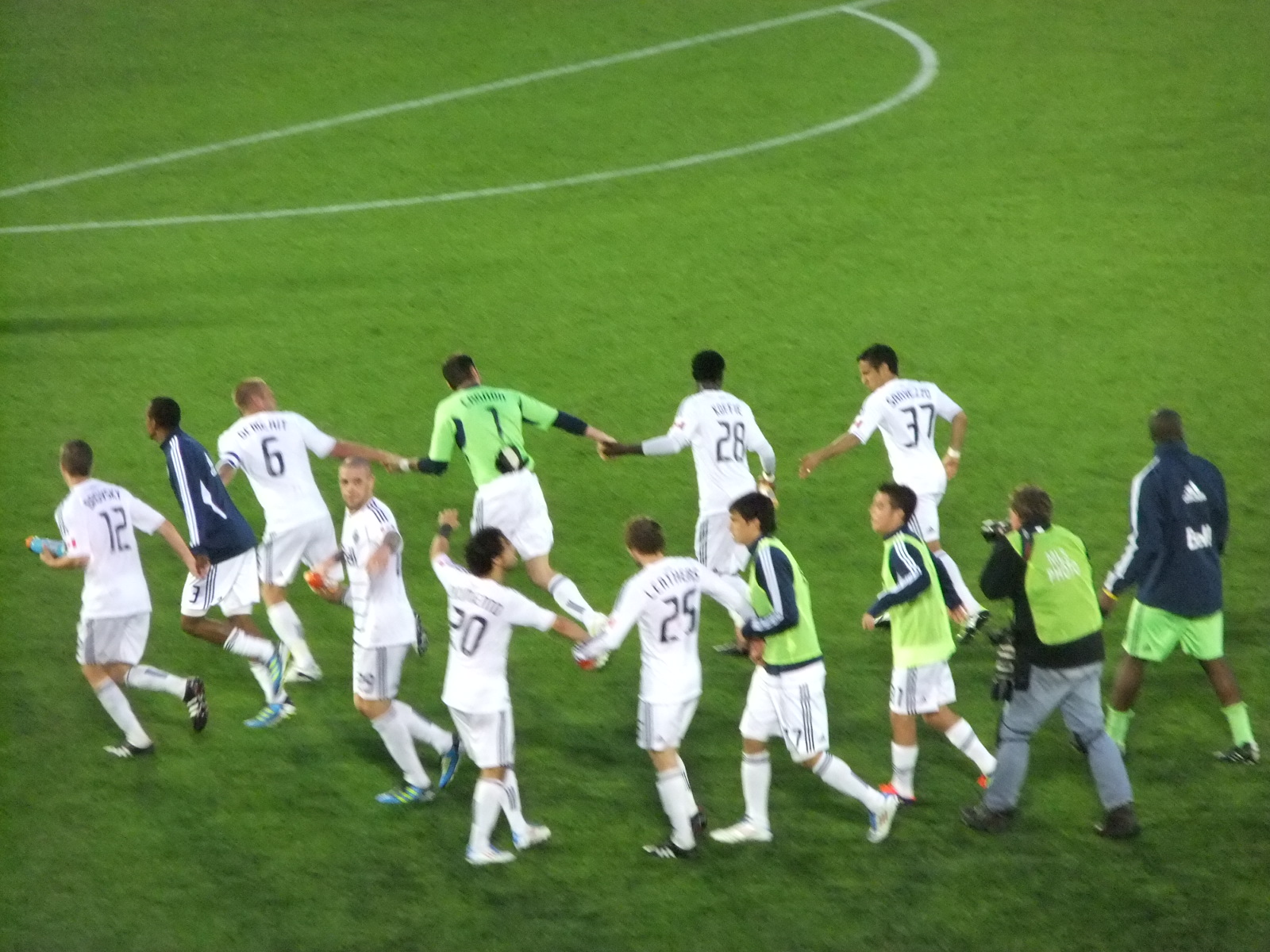 We’re not ones to get carried away here at AFTN but we know, and we’ve been banging on about it for weeks, that we have the players at the Whitecaps that could, and should, make the playoffs this season.

Our faith has been shaken at times but the players have restored it.

Sure we’re still firmly rooted to the foot of the Western Conference, but more importantly, we’re currently only four points off the final play-off spot, with more than half the season remaining.

There’s still a lot of work to do though to be where we need to be.

With summer signings and releases surely imminent, the right acquisition here, the right deal there and we could be looking at a successful end to an inaugural season to remember.

I can’t in all honesty say there’s been a steady improvement since Tommy Soehn took over. Salt Lake was dreadful and went back the way from Chivas and what had gone before.

There has been some improvement though. Some due to Soehn, some due to the players played, some due to injuries clearing up, some due to a tightening up of the defence (at times) and some due to finally getting the breaks.

The last two games have shown a spirit, desire, passion in the team (call it what you like), that we haven’t seen since the early games.

The belief is there and the results are coming.

[youtube http://www.youtube.com/watch?v=XT_uUz78dp0?hd=1&w=500&h=314]It was a commanding performance. I don’t really want to say comfortable, as I don’t think many of us were 100% convinced that Philadelphia wouldn’t snatch something at the death the way our luck’s been going.

A well deserved win though.

The defence in particular looked strong. Not so many heart attack inducing moments. A lot of that is down to the partnership between Jay DeMerit and Michael Boxall on Saturday. They bonded and Boxall will only come on leaps and bounds under the stewardship of old man Jay!

It was great to see Boxall back in the centre of the defence and I would put him above Greg Janicki and Mouloud Akloul now in the pecking order. Janicki is great in the air, not so much on the deck. Mouloud I love to bits but is a little bit too rogue at times. The starting centre half position is now the Kiwi internationalists to lose, and vacate whilst away on international duty.

I do have concerns that our left and right backs play too much towards the middle. Been like that for a lot of the season, especially Jonathan Leathers of late. We’ve not been fully punished yet, but there were times on Saturday that a long ball to the wings would have had us struggling.

Alain Rochat’s goal was a beauty. What a strike and worthy contender to follow Eric Hassli’s wondergoal as the MLS “Goal of the Week”. Get voting!

It doesn’t just deserve to win it for the actual finish, the build up was what we’ve been missing. Five passes from the back to find Davide Chiumiento just inside the Caps half, then a mazy run with the ball glued to his feet (including that neat one-two with Hassli).

Like the cuckoo clock and Lindt chocolate, that goal was made in Switzerland to perfection. 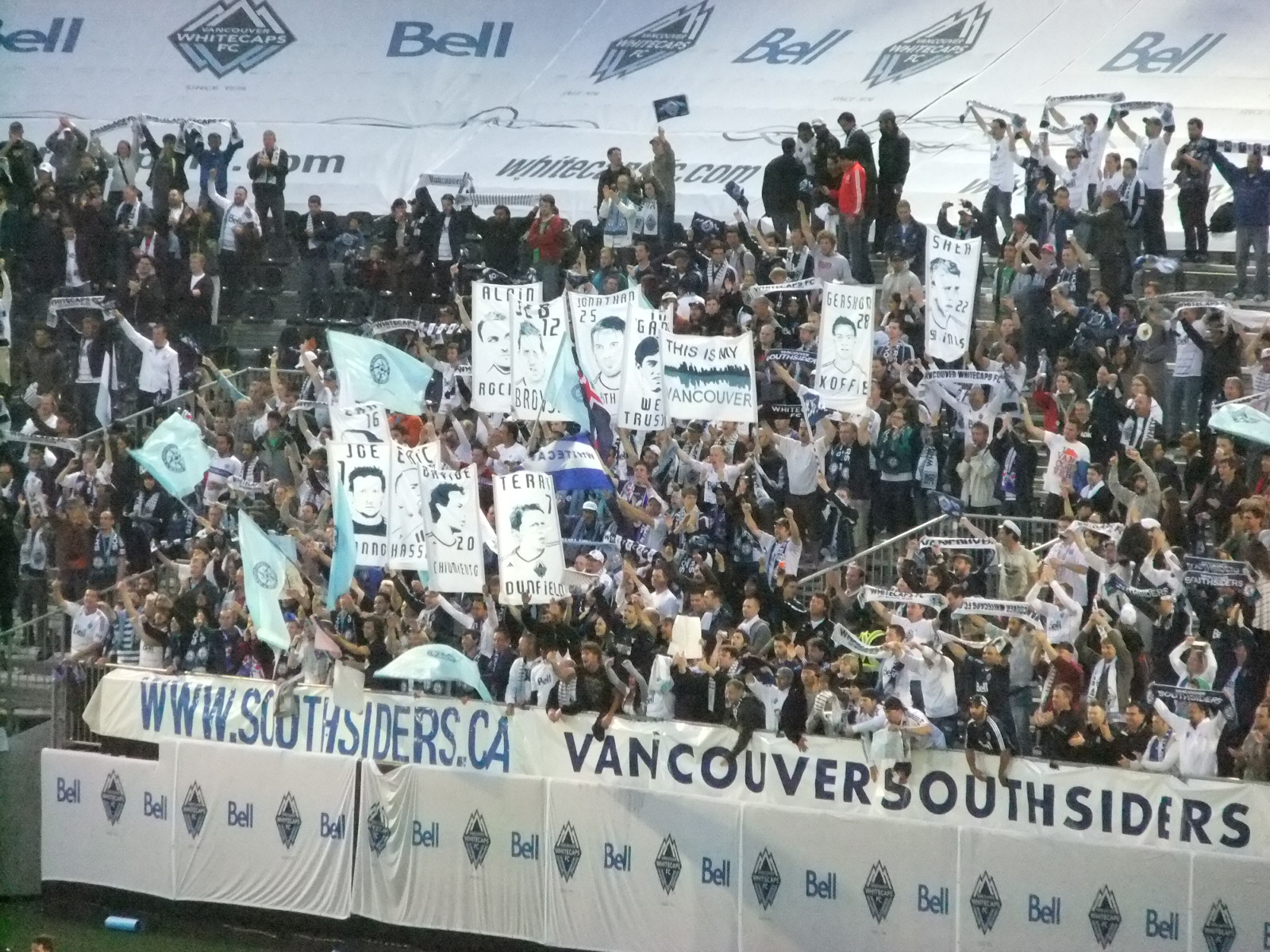 The midfield is still the big problem. That surely has to be where we will strengthen during the transfer window.

I was stunned to find Gershon Koffie on the bench. Stand out player all season. Tiredness may have played a part, but he offers so much more than Terry Dunfield, whose star is waning in our eyes.

We could do with two experienced midfielders. A dominant central player that can hold up the ball and spray it about with ease and a wing maestro.

We seem to have too many players that are good impact players off the bench but not from the first whistle.

Camilo doesn’t cut it as a midfielder. Has he played his last game for us? Is he off to pastures new in Kuwait? I, and many others, were hoping to ask him this post game but he was out of that dressing room faster than snow off a dyke.

It would be sad to see him go. He is putting the ball in the net semi-regularly after all and sadly others can’t claim that. I just don’t see how he’s going to fit into the Soehn style of play and formation.

One win does not a season make, but at least we can take some good heart from Saturday and it is a huge springboard to build on.

Going in to the game, so many Philadelphia fans felt they were facing an easy spell of their season. After the weekend, it the Caps fans that can lay claim to that.

Eastern Conference basement dwellers Kansas City are next. They’re looking better at home than they did away. Another six goal thriller? Highly unlikely but it’s the kind of game we need to get three points from. One would be acceptable. Defeat and we almost go back to square one.