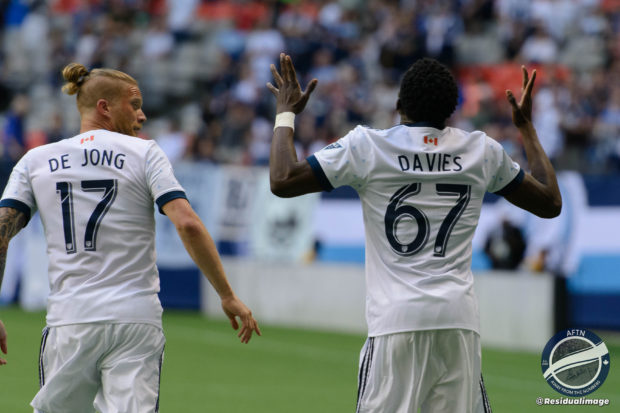 A week has passed since the heartache of Vancouver Whitecaps disappointing exit from the Canadian Championship. A week to think back of where it all went wrong and what could have been. Time is great for perspective, and just like Freddy Montero’s new hairdo, there is a silver lining to it all.

The ‘Caps shot themselves in the foot in Montreal last week, gifting the Impact four opportunities on the night. The home side responded with something that we haven’t been used to recently in Vancouver, they took all their chances. Tough to take, but with hindsight, it’s not all doom and gloom. Outside of the four goals, the ‘Caps generally played well defensively and Robbo stuck to his guns with the young guys, giving them the chance to get through to the final after playing our fourth game in eleven days.

Say what you want about Russell Teibert or Marco Bustos, or any of our Canadian players that put on our beloved blue and white, this is their tournament. For all of them, this isn’t only a two-legged chance to give Robbo some headaches over line-ups and to push for some first team minutes or call ups, there’s also national pride at stake.

They deserve these minutes to prove to us what they can do, and that they want to be the best in Canada. Not just because of a three Canadian rule that forces the ‘Caps to play them, but because this is the Voyageurs Canadian Championship and we want to showcase and grow Canadian talent. This is a tournament that provides a great chance for young Canadians like Alphonso Davies and Ballou Tabla to develop into great players and take centre stage.

At some point, these players have to play or there is no point in having them on the roster, untested until it’s too late.

Though the ‘Caps fell 5-4 on aggregate, I think the most important aspect was the fight back. These young guys could have hung their heads and folded up shop in the second half after going into the break down three. Instead, with Davies coming on for the injured Nicolas Mezquida, instantly having an influence on the match, we started putting Montreal on their heels a bit like we did in the opening minutes of the game and the first half of the first leg.

And we all know how it played out, with Davies putting the team on his back in this head to head, scoring his second of the tie to add to his goal and assist in the first match.

Setting up this goal with a brilliant overlapping run was Jake Nerwinski, who at times looked shaky defensively but continued to make strong runs offensively, serving up some nice crosses. 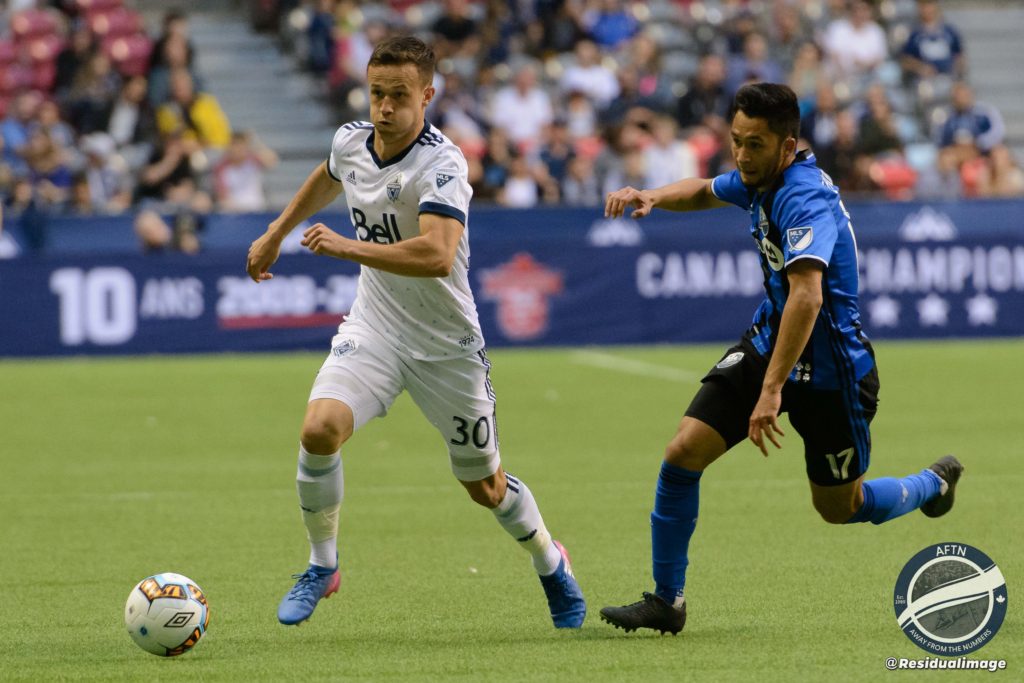 Another Whitecap that had a good game was Ben McKendry, who was calm, cool, and collected under pressure in the centre of the park, spraying passes around while staying stuck in defensively, giving Robbo, in my opinion, a tough decision to take Teibert’s bench spot away from him.

Kyle Greig was on fire and Montreal’s defence was terrified. Although it took a while for him to get service and to get going in the match. That came from a great ball in from substitute Cristian Techera and a beautiful flick from Greig to the back post and past Maxime Crepeau. I think Greig had a good showing, battling up top with 2015 MLS Defender of the Year Laurent Ciman. Similar to Fredy this season, Greig was left on an island up top but did not get frustrated with the lack of chances and missed opportunities. He kept his head down, worked hard and was rewarded with a great goal, and hopefully some MLS minutes in future games.

Spencer Richey had a night he probably will have mixed feelings about. First giving away the penalty to open the scoring, and on the final goal probably should have called off Tim Parker and claimed the cross himself. Despite this, and the four goals he conceded on the night, Richey show us his mental toughness. He never gave up and made some key saves to keep us in the tie, coming up inches away on the second Ignacio Piatti penalty. A kick so well placed that no keeper in the world is saving with getting off his line early. He’s a young keeper with lots to learn, but he’s shown us his heart and determination to continue to battle from the opening kickoff to the final whistle. What more can you ask of your keeper? Well, maybe clean sheets, but that’s a team effort.

The disappointment of once again falling short in this tournament hurts, but I think all ‘Caps fans can take comfort in the fact that though our kids fell short against what was essentially Montreal’s first team, these kids have shown us the heart, fight and skill that they have. Our depth is still growing and the future looks bright.