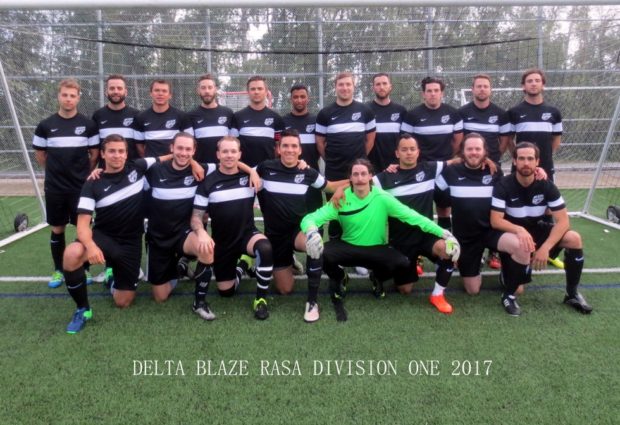 The league runs from April to July, comprising of two divisions and playing host to a number of sides from the VMSL and RASA winter leagues, amongst others.

TSS FC Rovers players Kristian Yli-Hietanen and Alejandro Varela were both playing in the league prior to signing PDL contracts.

The league is looking to provide regular weekly round-ups, the first of which is brought to you on AFTN today.

In Division One, Delta Blaze are undefeated with five consecutive wins giving them 15 points. This sees them tied for 1st place with Rino’s Tigers but Blaze have a game in hand. Last Thursday night Blaze faced Binger’s Army in a close fought contest that seemed destined for a tie until Matt Rota sealed the victory for Blaze to earn a 1-0 win.

That leaves the Division One table, as follows:

Two new teams to the RASA Summer League, Vancouver Greencaps B and Vancouver Strikers met last Tuesday in Division Two action and the result was a 1-1 tie on goals scored by Ryan Morgan for Greencaps and Kyle Hildebrandt for the Strikers. Bombastic FC meanwhile beat Richmond Olympics 2-1 to take control of first place in the division with Vancouver Strikers two points behind them.

Tuesday’s top of the table clash could go a long way in determining the Division Two Champions. Bombastic met the Strikers in a crucial game at King George Park, which ended in a 1-1 draw. That keeps Bombastic with a narrow one point lead at the top, with United Nations closing in now in second, following a 5-0 win at EPFC on Tuesday night.

That leaves the top of the Division 2 standings as follows: 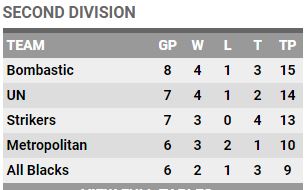 You can follow all the action, and find out this week’s fixtures on the RASA league website.