We thought we’d wait a couple of days till after the fact to reflect on Saturday’s game this time. As always, you can read our full match report over on Prost Amerika.

For a game with no goals, it was fairly entertaining stuff, especially in the first half. We can’t have goalfests and incident packed matches every time at Empire. Let’s just hope we’re not going back to last season’s glut of eight 0-0 scorelines over the course of the season.

So we didn’t score. Only the second game of the season that this has happened and we made so many chances. No need for any panic stations just yet. We need to nip that in the bud quickly and this coming Saturday, against a Dallas Burn team licking their wounds from a battering at times in Portland, is where it needs to start. 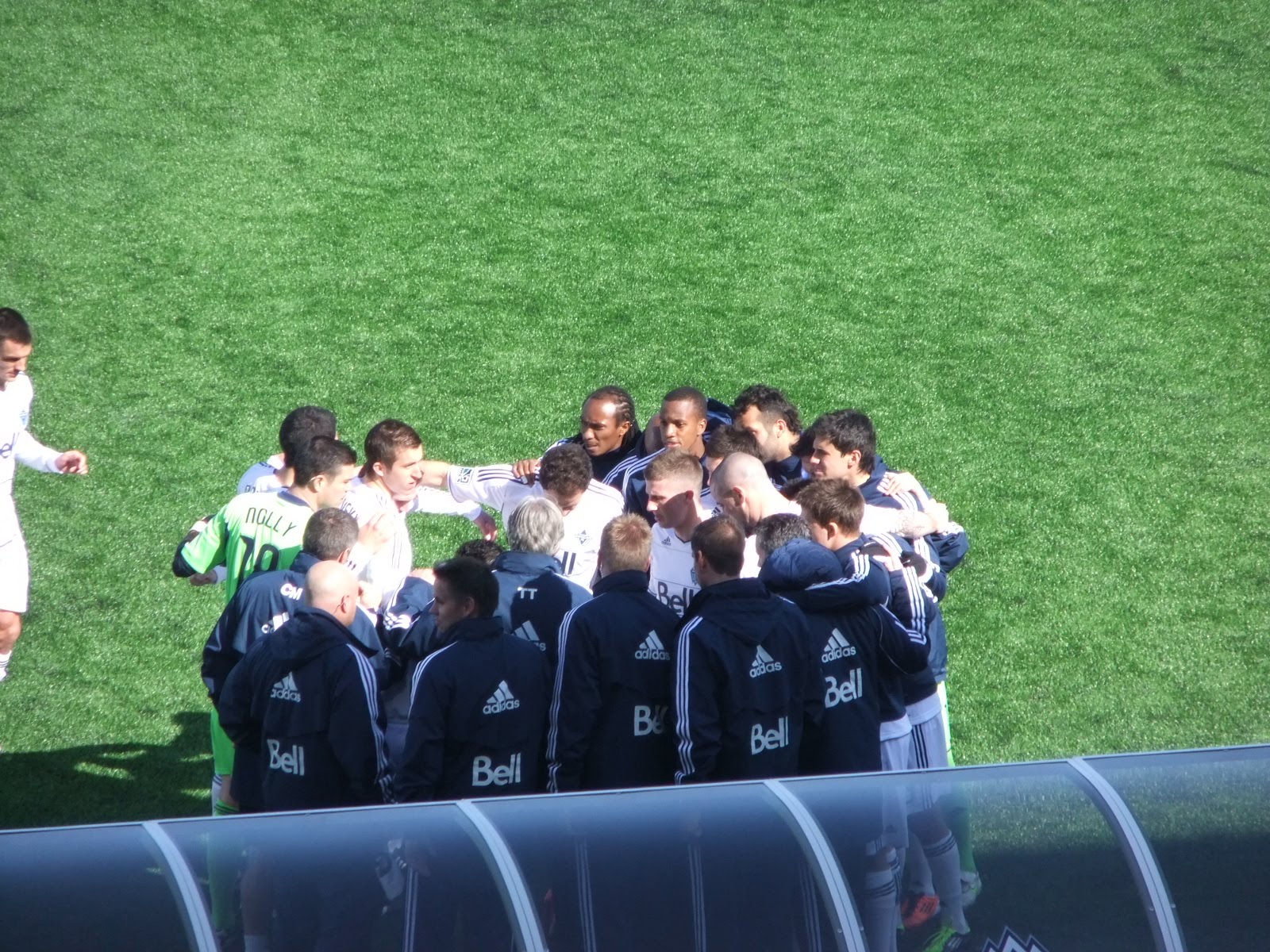 Dan Kennedy was in fine form in Chivas USA net but the visitors weren’t really that much of an attacking force though, despite dominating possession at times.

These games are the ones that the Whitecaps need to be winning if we are going to make a solid push for a play-off spot. And when these games are at Empire, we can’t let teams like Chivas away with even a point.

The game was our first match against Western Conference opposition and probably the weakest team in the Conference, so we’ve let a good chance for a vital win slip away. The opposition is only going to get harder.

The injuries plaguing our team, especially in the midfield positions, aren’t helping of course. Players that have come in have done well on the whole, but we have to remember that many of these players would have been fringe players at best this early in the season. To expect them to suddenly be consistantly setting the heather on fire is unrealistic.

But enough of the negatives. There were a lot of plus points that we can take from Saturday.

For weeks I’ve been dying to see the combination of Camilo and Hassli starting up front. I just think they have styles which contrast and compliment and which will make them very deadly together as an attacking force for the Caps. 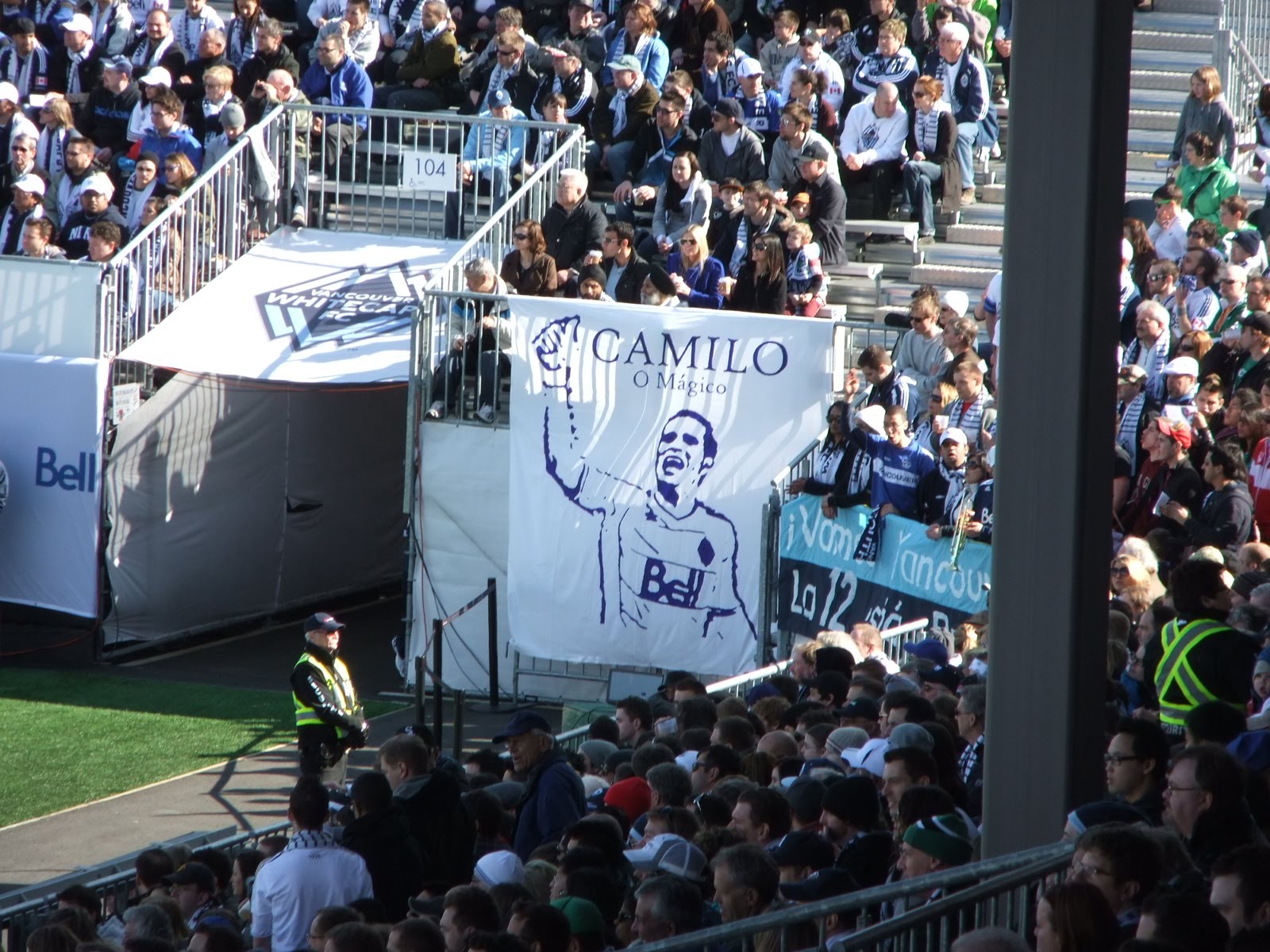 I finally got my chance to see this on Saturday, but as it turned out it wasn’t Camilo who was magnificent playing with Hassli, but Chiumiento. Maybe it’s some kind of weird Swiss League connection but the interplay and linking up between those two was breathtaking at times.

Hassli seemed to be playing a lot deeper on occasions and being unleashed on his many charges at the Chivas defence by Davide’s little flicks and through balls. When we signed Hassli, the one thing that stood out for me was his height and build. A guy built like that is always going to cause damage in a league like MLS. We saw that side of his game on Saturday. The Chivas players had no answer to his surging runs. They tried to hold him off but he just breezed by them time and again, often hitting the byeline and sending in some dangerous crosses. We just need to clone him and have a second Hassli in the middle to then bury these chances.

Omar Salgado could have done that and I was really surprised that Teitur waited so long to bring him on, especially as he brought Long Tan into proceedings first. Omar showed, with his controlled finish in the reserve game on Sunday, that he is more than ready to move up to this level. I don’t want to see him pressurised too much too soon, so no full games just yet, but a good half hour every game could be just what we need right now.

The midfield weren’t bossed like many of us feared Chivas may do. Jeb Brovsky has done well coming in, but needs to watch his discipline in tackling. After his booking, for which I thought he clearly won the ball and didn’t take the man (as did Hassli to my mind for his), he went flying in a couple of times that made me a bit jittery.

We mentioned in our interview with Wes Knight on Saturday that we felt he had a stand out game. He didn’t score but I don’t think you can fault him too much for the post and a goal-line clearance preventing him doing that. A couple of the other chances, yes he could have done better, but at least he’s getting into those goalscoring positions.

Final word has to go to the defence and Jay Nolly. Nolly earned the ‘man of the match’ plaudits on Saturday and it can’t be easy for Jay not knowing who he has playing in front of him on a weekly basis. It was our first clean sheet of the season and that in itself is cause for celebration. Let’s hope there’s many more to come.

We now have a full week’s rest before Dallas come a visiting on Saturday. Hopefully some of the injuries will be healing. We don’t need to rush anyone back for the sake of it. We’ve still got a long season ahead.

Six games in and six points isn’t the worst start we could have hoped for. The win column is needing some ticks though before some doubts may start to creep in. We have a squad very capable of being in the playoffs.

Let’s continue to make Empire a fortress and burn some Texas butt at the weekend.