The entertaining game ended in a 1-1 draw but unfortunately only a handful of people were able to watch it in person, with other fans having to make do with watching a live stream from the comfort of their living rooms and not the freezing cold of the stadium (photos). 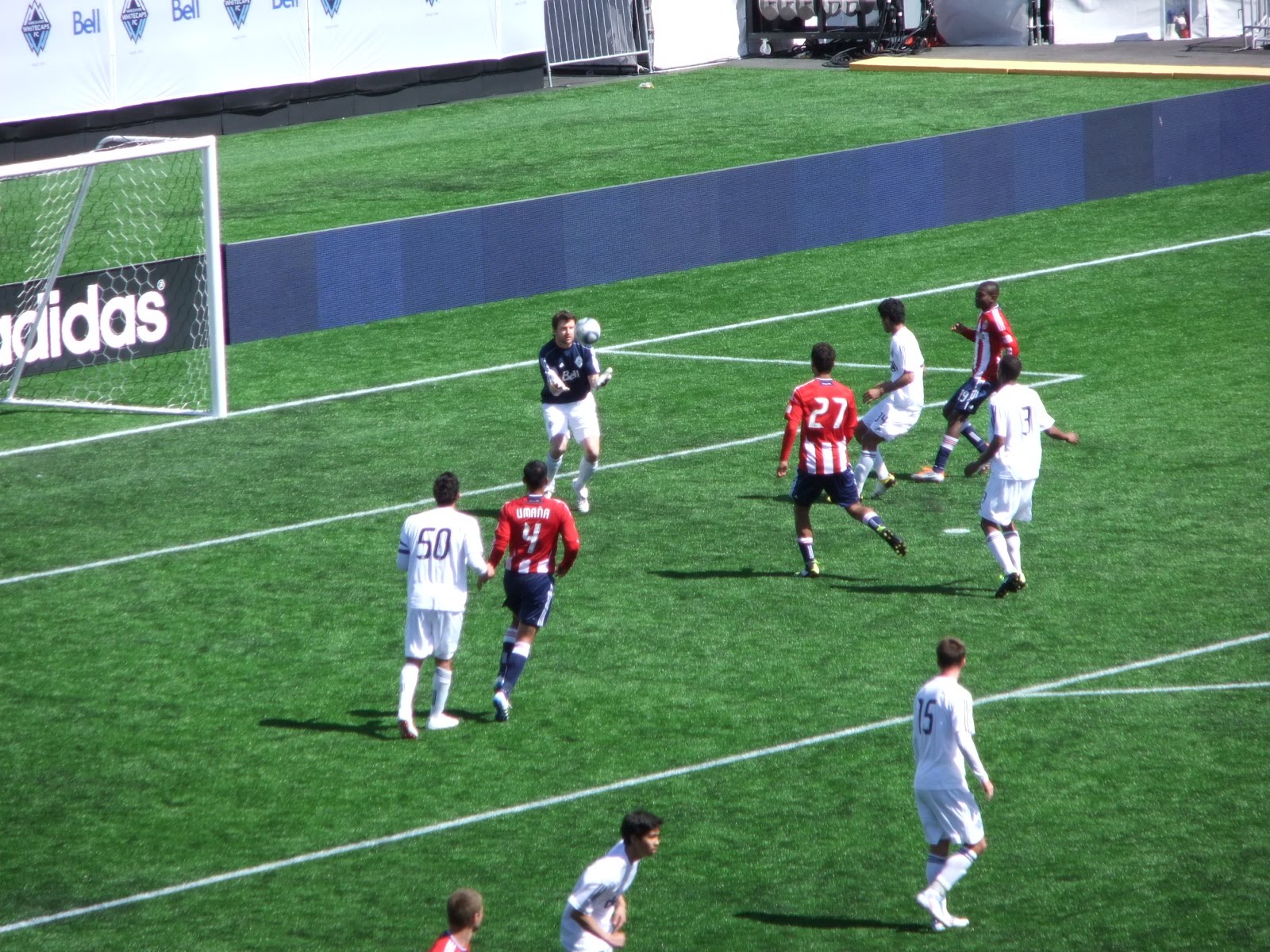 We’d spent weeks trying to find out the location of the game and whether it would be open to the public, only to find out late last week that it would only be officials, family and media that would be able to attend.

The reason given has been logistics and costs.

With the game being played the day after a first team match at Empire, the cleaning of the stadium was not possible. Opening it up to the wider public also meant additional security costs and possibly concessions as well (although surely people can go two hours without having to stuff their face).

I fully understand these points. Yes, it would probably only be a few hardcore fans that would turn up to see the games and does that merit the additional expense?

For me, the reserve league games are a key tool for the growth and development of the Whitecaps in MLS and as such, fans should not only be encouraged to go along and watch them, they’d be crazy not to.

It took a while for MLS to implement a league wide reserve set up, but it finally came in 2005. Unfortunately it only lasted four seasons before being disbanded after 2008. Now it’s back.

The new MLS Reserve League is split into East, Central and West divisions of six teams, with Clubs facing each divisional opponent twice for a total of 10 games per team.

Eligibility rules are strict as to which players can participate in the matches. Only players who are on club rosters or are on trial with the club or are members of the club’s academy can play.

Vancouver’s West Division opponents are ChivasUSA, LA Galaxy, Portland Timbers, San Jose Earthquakes and Seattle Sounders and the Caps kicked off their campaign with a 1-0 loss in San Jose on March 22nd.

Chivas and Portland play their reserve games at the home of the first team, the Home Depot Center and Jeld-Wen Field respectively. Seattle Sounders play their matches at Starfire and LA Galaxy and San Jose at their training facilities.

From what we can gather, all of our opponents open the games up to the public. Paul Barber stated on Friday’s It’s Called Football podcast that the Whitecaps hope to do this with our remaining four games.

Whether this will mean the games being played away from Empire is unknown, but it would clearly make sense in many regards. Once the Whitecaps finally get their own training facility, any problems with regards to public access to the matches should hopefully be eliminated.

Now we accept that many fans wouldn’t cross the street to take in a reserve match. Well that’s their loss.

From a Whitecaps point of view, these games are vital for players coming back from injuries; to keep up the fitness levels of squad players; for the management to see the potential of fringe players and for these players to show the management why they should be in the first team squad; to trial potential new players; and for young residency players to get the chance to shine.

All very important for the Caps development.

From a fans perspective, it’s a great chance to show all of our players that they have our support and it gives us the chance to see the potential stars of the future. 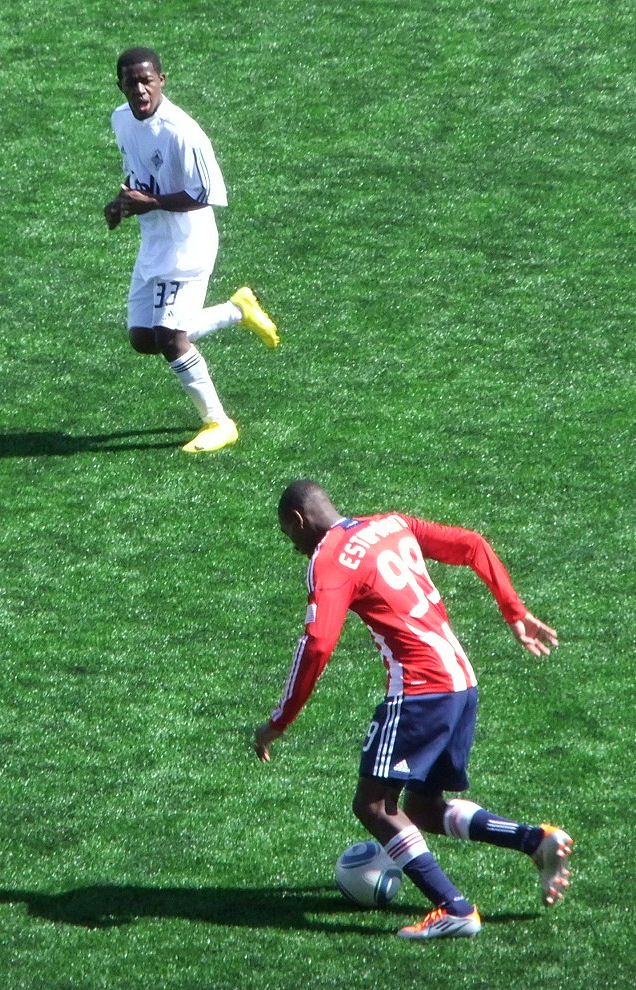 This morning I got to see Nelson Castillo and La’Vere Corbin-Ong play in defence. They did well. One day we may see them in the first team. That’s part of the whole experience of going to these matches.

On a lot of occasions, like today, it’s also going to give us a pretty entertaining game.

I’m from a background where I just want to watch live football. I often stop in parks whilst walking my dog just to take in some action. It may be sad to some, but it makes me happy!

As for this morning’s game, it was pretty end to end stuff. Chivas had the better of the possession but Vancouver had the greater attempts and a draw was probably the fairest result.

Omar Salgado scored the Caps goal on 37 minutes when he ran onto Alex Morfaw’s brilliant through ball, closed in on goal and the superbly chipped the onrushing Chivas keeper.

Chris Cortez grabbed a point for the visitors with a fine strike three minutes from time.

The last 15 minutes in particular were pretty entertaining. Joe Cannon, who had a couple of dodgy passback moments in the first half, made a number of fine saves to keep Chivas at bay and produced a great double save in the closing stages.

It was great to see Mouloud Akloul out there, barking out orders in French. I’ve no idea what he was saying but he would have terrified me into doing whatever it was he wanted! He’s a clear leader and reads the game so well.

Cannon is another one who is very vocal and that’s also good to see and hear.

Alex Morfaw had a good game and hopefully we’ll see him in the first team reckoning soon. He’ll definitely add something to our midfield.

One day, one of Nizar Khalfan’s fierce long range efforts will be on target. One day. Today was not that day.

The young guys all did well. No real standout performances, but it’s still only their second game of the campaign.

It was great to see the match. All we can hope for, is that when the next one comes around on July 31st against LA Galaxy, everyone that wants to attend will be able to.

The Caps have three and a half months to sort this out. If they don’t, we’ll be very disappointed.