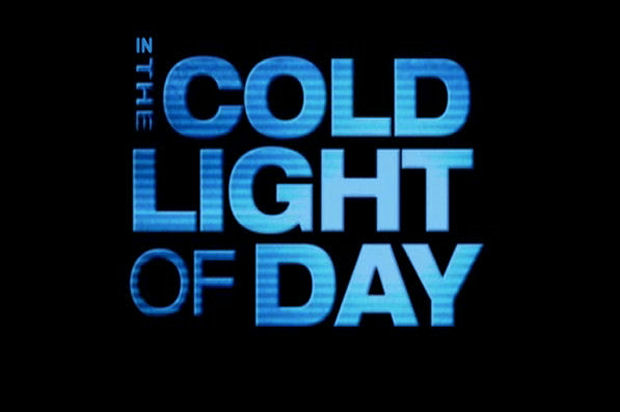 Based on the start of their first MLS game of the season on Saturday, you’d be right to question whether the Whitecaps even had a preseason. The ‘Caps found themselves all over the place in the opening exchanges, with Columbus Crew dominating the game comfortably, controlling the ball and taking up strong offensive positions.

The Whitecaps were clearly struggling to find cohesion amongst their defensive unit, with the back three and wing-backs looking dangerously out of sync. Vanni Sartini’s instructions had seemingly been left in the dressing room because no-one seemed sure of their role.

As a result, it wasn’t long before the Crew fans had something to cheer for when Miguel Berry’s shot took a double deflation and trickled past a scrambling Thomas Hasal in the 8th minute. The goal itself was unfortunate for the ‘Caps, but it had been coming.

There was little that Hasal could do with a double deflection once wrong-footed. But he has to expect more of those in front of him. Defensive miscommunication can be expected early in the season, and a lot of that falls on the other positions helping out too, but the backline needs to play far tighter.

Following the opener, the bewildered ‘Caps continued to lack cohesion. Time and time again, wing-backs, Christian Dajome and Javain Brown were caught out of position, with the Crew constantly having an extra man in wide positions.

And it was that space afforded to the Crew wingers that proved costly in the 25th minute when Derrick Etienne Jr found himself in acres of space at the back post to make it 2-0.

The winger controlled a diagonal ball from Yaw Yeboah comfortably, before stabbing the ball past Hasal with the outside of his boot. The griddy dance followed — cruise control for the Crew.

THE TOUCH, THE GRIDDY @detienne_10

If you’re playing a three at the back system with two wingbacks, a high workrate is the demanded minimum from the latter. You simply cannot just saunter back as Brown unfortunately did on a number of occasions. There will be times when one of them is caught upfield, for whatever reason, as Dajome was on the second goal, but that then makes it even more imperative for the midfield to be switched on and provide adequate cover, which they didn’t.

It’s early in the season and a new system. There will be growing pains. Sartini described the game as a “wake up call” and if they learn as a group and move forward and improve from this then it will be a very valuable lesson learned.

The Whitecaps continued to struggle in the wide areas after the second goal and began to give away fouls in an effort to stop the Crew’s speedy wingers. Both Déiber Caicedo and Jake Nerwinksi were cautioned for their challenges, and although both cards seemed harsh given the soft nature of the tackles, for the latter it was to later prove costly and frustrating. You can certainly question some of the consistency of the refereeing, as there were many worse fouls throughout the game that received no caution.

In addition to struggling in the wide areas, the ‘Caps were also losing the battle in the middle of the park. Russell Teibert and Michael Baldisimo were outnumbered by the Crew’s midfield three, which at times became a four, with Berry often dropping into a playmaker role. Central midfielders, Artur and Lucas Zelarayán in particular seemed to have endless time, picking out passes and taking shots on goal. Both players had sighters in the first half and could have easily put the game to bed before the break.

The midfield has been a weak spot for the Whitecaps for a few seasons now. The missing personnel of Caio Alexandre, Leo Owusu, and Pedro Vite (who did at least come on an help) should make a difference, but you can’t allow such dangerous opposition playmakers the luxury of controlling the game.

A look at the two heat maps for the teams on WhoScored.com shows just how outmuscled the Whitecaps were in the middle of the park, along with where the rest of the blame for the poor results can be placed. Sartini’s desire to move the ball forward aggressively through the middle was nowhere to be seen.

The lack of penetration in the final third felt like a throwback to the dark days of the MDS era. When the ‘Caps did manage to make their way up the pitch, Lucas Cavallini and Ryan Gauld were able to have some nice touches, however, the Crew proved well drilled in transition, securing men behind the ball quickly, snuffing out any real chances.

Going into the break, it was obvious that Sartini would need to make changes. Baldisimo, who had been chasing shadows for much of the first half, was replaced by the former Columbus Crew player, Sebastian Berhalter for the second period and the Whitecaps started brightly in the second half — clearly Sartini’s message had been more effective this time.

The second half started competitively, however, just as Whitecaps fans began to dream of a comeback, Nerwinksi was sent off. The ‘Caps defender received a second yellow for a push on the Crew’s Yeboah who had broken through on goal. Whilst a yellow card was fair punishment for the challenge, the ‘Caps can feel hard done by given the harshness of Nerwinksi’s first caution.

Down a man, Cristián Gutiérrez was bought on in place of Teibert to fill Nerwinksi’s place at the back and following the sending off, the ‘Caps showed some fighting spirit and actually started to play their best football of the game.

Gauld started to get on the ball more and the introduction of the exciting Pedro Vite created some bright sparks for the visitors. Dajome also showed some fighting spirit having assumed the captain’s armband from the substituted Teibert. Positives to build upon for next week and already raising questions around which players are best suited to the formation and style of play Sartini is looking to achieve.

Unfortunately for the ‘Caps, they were unable to capitalize on these good moments. There were some scoring opportunities available from corners and free kicks in offensive areas, but the deliveries were poor, often hitting the first man. This was a previous area of strength and needs to be quickly addressed.

With the ‘Caps pushing for a goal, the game became increasingly stretched, opening up counter attacks for the Crew and they were able to capitalize on the counter in the 84th minute when substitute Luis Díaz put the home team 3-0 up, blasting the ball past Hasal after a 3 on 3 counter attack.

The quickness, and success, of this transition play from Columbus was another area of concern. Yes, you have to push forward to get yourselves back into the match, but defensive responsibilities can’t go out the window at the same time.

By this point, the Crew were really lining up to pile further punishment onto a dejected Whitecaps back line and two minutes later in the 86th, they added insult to injury, scoring again as Zelarayán tiptoed through opponents before smashing another past Hasal.

Zelarayán was excellent throughout, scoring a mightily impressive 9.7 rating on WhoScored, but the ease with which he waltzed through that Whitecaps defence certainly has you questioning how fleet of foot some of the Whiitecaps defenders are.

The final whistle was welcomed by the ‘Caps who could have easily lost by a bigger margin than four, given the chances that the Crew had. Sartini will have to rally his troops quick as the Whitecaps welcome the champions, New York City to BC Place on March 5.

It’s the first game of the season and there’s a long way to go. It was a heavy defeat and a poor performance.

There are areas of concern in all parts of the team right now. Defending has to improve and they have to communicate better and work as a tighter, more cohesive unit with the midfield and the wingbacks.

That midfield also has to be more aggressive and control the middle of the park. They need to be creative and get Gauld involved more. The front line lacked impetus and I’m not sure Brian White alone can solve that.

But it’s the first game of 34. They may have looked a very different animal to the team that finished so strong last season, but they certainly have time to address the issues and they have to. They need to learn from this or it will be a very long season ahead.