“In the future we’ve got to find out who’s got the heart. Who wants to play for the Vancouver Whitecaps. I’m not going to point any fingers, and I’m not different from any guy on this team. We just need more heart and that’s the bottom line.”

Those are the words of Vancouver Whitecaps goalkeeper Joe Cannon to the press scrum after Sunday’s 1-0 loss to Portland. He said a lot more. 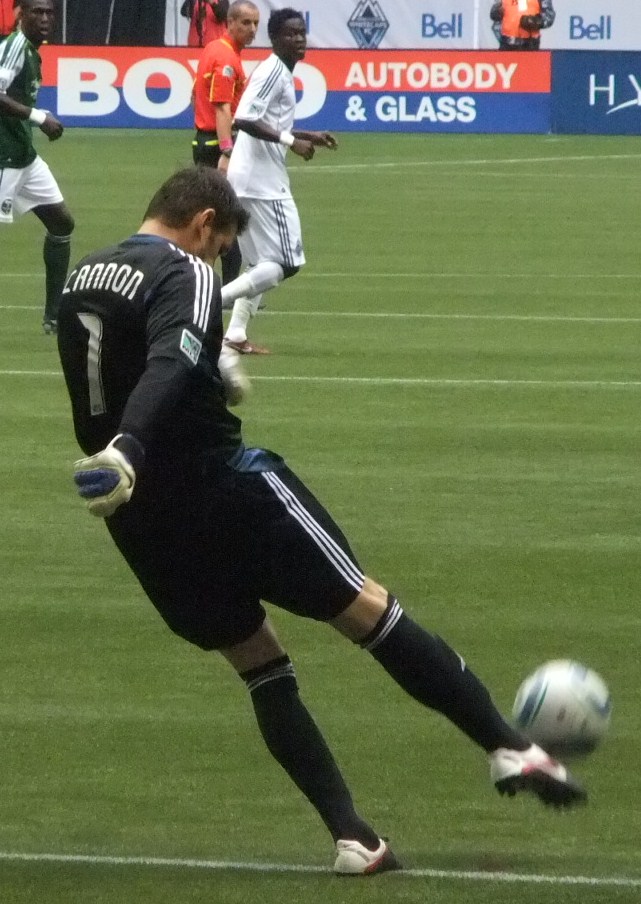 Another weekend, another defeat and another half hearted underperformance from many in a white shirt. This season really can’t end fast enough for everyone.

For all that’s gone wrong this year, and all the spin and bullshit that has covered up so many of our inadequacies and weaknesses, we should all be thankful that we have a player like Joe Cannon who is not afraid to stand up and say it like it is. We need more like him.

As we’ve said for weeks now, overanalysing the game itself and what went wrong is pretty pointless at these stage in proceedings. We can only look forward and what has been the biggest disappointment for me in the last few months is that we are not seeing any improvements at all.

Have the players given up? Do they feel it is not worth playing for the manager as he is leaving and basically just a lame duck waiting to be out of his misery? Do they know they’re not likely to be here next season and can’t get the motivation that is demanded?

Whatever it is, it isn’t good enough and we deserve better. The proud history of Vancouver Whitecaps FC deserves better.

When you have Tommy Soehn saying “I didn’t think we had the best of energy in the first half and it’s hard to explain when you look at this venue and the excitement.”, then you don’t have to look at any other starting point.

If the manager cannot bring this energy to the dressing room, then what is he doing there? Soehn’s body language on the bench for these last two games is that of a man who has simply given up. He would dispute that fact obviously, but that’s what we see when we look at him and that’s bound to rub off on the players.

His seeming inability to get his players fired up is not the only aspect baffling us. I would say that even more so, is his stubbornness in not fielding reserve and fringe players and keeping with the same starting players who are clearly not good enough and getting the job done at this point in time.

I’ve been going on about this for weeks now and it’s starting to feel like I’m a broken record. The good this now though is that others are also now starting to ask why this is not happening. There was a good debate about it on Team 1410’s post game show.

Everyone appears to see that this is the way forward for the remaining four games of the season (and the many that have just gone before it). Everyone that is apart from the Whitecaps management.

Players like Alex Morfaw, Philippe Davies, Michael Nanchoff, Long Tan and Omar Salgado need to get a run in the team at this season end and get some proper evaluation minutes under their belts. They may be making it on to the bench, but they’re hardly getting any playing time, if they are lucky enough to even be subbed on. It’s ridiculous.

How can anyone make proper judgements on the future of these players if they don’t get tested in proper MLS competition and not intersquad matches and sporadic reserve games?

Martin Rennie is watching tapes of all the games. I dread to think what he’s making of everything. At least he hasn’t made any ridiculous comments that it won’t take much to turn this team around. He’s bound to know by now that we need a mechanical digger to get ourselves out of the giant hole we’ve put ourselves in. 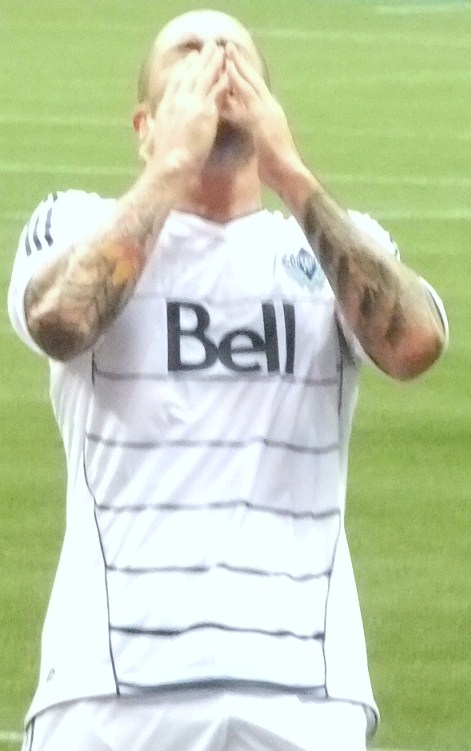 If you want a picture to sum up the entire 2011 Whitecaps season, then I think this one does just nicely.

Despair and frustration. That just about does it.

Hassli showed both of these on Sunday. I loved that he banged the ground in frustration at his failings. I’d much rather have that than a player screaming at his team-mates because a pass or shot went astray.

With Rennie making evaluations, you’d think that some Whitecaps players would be trying to play out of their skins to prove their worth and not phone in a performance.

We started with quoting Joe Cannon, and we’ll finish with him.

His view is that all of these matches should be treated like auditions and he knows just what’s at stake at the end of it all:

“If anything you would think with these guys you’d see a bit more bite because I’ll tell you what, as some of us will find out who won’t be with the team next year. They’re going to find out that this city and the support and the facilities and the franchise, it’s the cream of the crop off the field.

It’s the best it is and they’re going to find out and wish that maybe they’d sucked it up a bit more, whether in practice or games, and to me that’s the frustrating part.”

The BC Lions have made a marketing play on “pride” and heart. Perhaps if the Whitecaps had a few more players with that pride and heart and desire like Joe Cannon and Eric Hassli, we wouldn’t be where we are today.