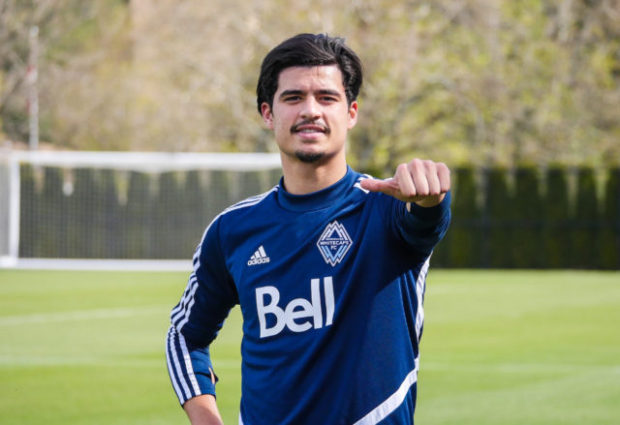 Jasser Khmiri’s first season as a Vancouver Whitecap was a frustrating one for both club and player. Despite only being able to play one match all year, the lasting signs were that the 22-year-old Tunisian centre back is an exciting prospect for the ‘Caps and one many of us hope to see a lot more from in 2020.

Khmiri’s move from Tunisian top flight side Stade Tunisien in February saw him head to Vancouver as something of an unknown quantity. The first Tunisian player to play in Major League Soccer, no-one really knew what to expect from him. Would he be challenging the likes of Doneil Henry, Erik Godoy, and Derek Cornelius for a starting spot or was he a depth player for the future?

We never got a chance to find out. Khmiri arrived injured and stayed that way for most of the year. A meniscus injury to his left knee saw him require further surgery in the spring and he was sidelined until the penultimate match of the season. Even after a good performance in that one, he picked up some tightness and wasn’t risked for the season finale the following week.

It was a season to forget and that’s exactly what Khmiri is looking to do as he prepares to stake his claim for a starting role in 2020.

“It’s a case of forget about last year,” Khmiri told AFTN through a translator. “Now the focus is on next year and I’m very focused for next season. Last year was tough with not playing, but outside of that a lot of people helped me mentally and physically with the physio and doctor and all of that and I feel very good with that. I just want to thank the medical staff for helping me this past year.”

Khmiri had played three seasons in the Tunisian Ligue Professionnelle 1 prior to making the move to MLS, but this was the first time he had played his football outside of his home country.

A tough transition to make at the best of times, as you struggle to settle into a new environment, learn a new language and culture, and bond with your new teammates. Add in that injury that kept him away from the action and it could have broken the spirit of a lesser man.

It’s a testament to Khmiri that it didn’t, although he admits it wasn’t easy at times.

“In the beginning, when I came here and I had to stay off the field, it was very tough for me,” Khmiri told us. “I felt that I wasn’t part of the team because of my injury even though I stayed close to the team, but now I’m back on the field and feeling much better.” 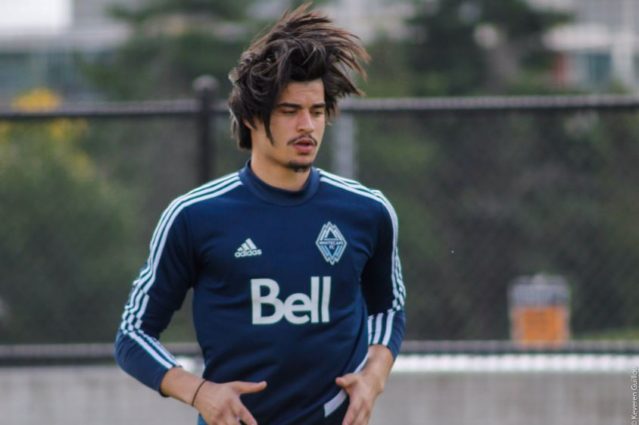 There may have been times when he briefly questioned whether uprooting himself to the other side of the world had been the right decision, but any such thoughts were fleeting.

After turning pro at 18-years-old, Khmiri wanted a bigger challenge. A bigger window to showcase his talents in. So when Marc Dos Santos came-a-calling, he had no hesitation on coming to Canada and to MLS.

“Players want to come to MLS because the league is growing year after year,” Khmiri feels. “I knew the league and I always wanted to come one day to MLS. When this opportunity came for me, I had to take it, and now I’m here!”

He’s only had the one on-pitch experience of the league so far, playing 90 minutes against the LA Galaxy in the Whitecaps’ penultimate game of a difficult season. But he acquitted himself admirably, impressing in a barnburning 4-3 victory and dealing well with the threat of Zlatan Ibrahimovic.

It’s a small sample size but Khmiri certainly didn’t look out of place in that Galaxy game, and while he may not have had much opportunity to actually play in MLS yet, he’s been able to watch the league from up-close in the stands. From what he’s seen, he doesn’t feel it’s necessarily that big a step up from what he’s been used to playing in Tunisia.

“Tunisia is an old league and they have more experience when they play,” Khmiri feels. “MLS is a younger league, only 25, and Tunisia is 100 years. The play there is fast and they have this culture of football.” 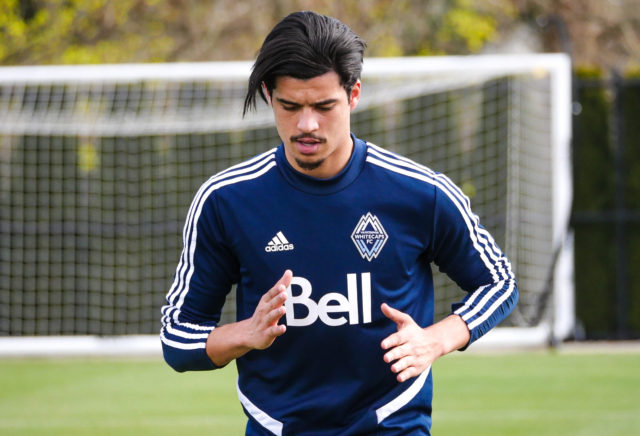 The big question now surrounding Khmiri is what will 2020 hold in store for the 6-foot-4 centre back and just what role he will find himself playing. With Doneil Henry moving on, Khmiri is one of only two centre backs currently officially on the Whitecaps roster, along with Cornelius.

The acquisition of Godoy on a permanent deal has been confirmed in South America but not yet by the Whitecaps. That takes it up to three, with Andy Rose also able to provide emergency back up and FC Edmonton’s Canadian international Amer Didic reportedly coming into the Whitecaps’ preseason training camp for a look.

The opportunity is certainly there for Khmiri to win that starting role. The Galaxy game aside, he’s impressed in training, flying into tackles, winning balls, and being a physical presence in both boxes. He’s the kind of centre-back you want in your team, although also the kind you worry about with MLS referees and how tackling can be viewed in the modern game..

That’s something ‘Caps coach Dos Santos is very aware of, but he’s been liking what he’s seen from him so far and what is hopefully still to come.

“Jasser is a player that, before his injury, was spoken about to go to clubs like Metz and a lot of Ligue 1 clubs in France were looking at him,” Dos Santos told AFTN. “He was the captain of the U20 in Tunisia and he was already being called up a couple of times for the full Tunisian national team. That is a national team that is very good and one of the best in Africa.

“He has attributes that are fantastic – lively, incredibly solid in the air, very good passing ability. Technically for a centre back he looks very comfortable for a tall player. I think he’s our fastest centre back. He’s quick and very aggressive, which is a problem I’m going to have. But I was telling his coach in the national team, I prefer dealing with that than dealing with a guy that’s too soft. But I think he’s going to have tackles in MLS that are going to be wow.

“We’re excited. What I’m excited is having him in a full preseason and then in the exhibition games to see what he does, then winning a spot. He’s at a great age too and has all the attributes to do very well.”

As for Khmiri, he’s more coy about what he feels he’ll bring to the team, but he wants to repay the faith shown in him by Dos Santos and the club.

“For me, it’s not just a case of adding more,” Khmiri explained. “I want to back what the coach gives me and what the club gives me. I’ll give a hundred percent every game.“