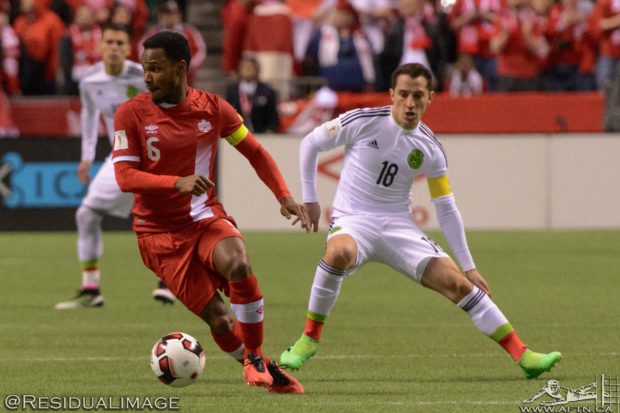 It was a heartbreaking occasion at BC Place on Tuesday night, but one Canadian soccer fans have got all too used to. Another World Cup qualifying campaign ended early, as the quest not just for another appearance at the Finals fell by the wayside, but the first step of that in qualifying for the Hex for the first time since the 1998 cycle.

It was always going to be a tall order to expect a Canadian team that had struggled to score goals in their previous five group games to suddenly find their shooting boots and fill the net with the goals that they needed. They hit three, but ultimately it wouldn’t have mattered if they’d scored double digits with Honduras getting the vital point they needed in Mexico to advance to the final round of CONCACAF World Cup qualifiers on the ‘Road to Russia’.

A tough night all round for Canadian players, fans, and officials alike, but it was a particularly emotional one for the veteran players in the squad, who have been through multiple campaigns and disappointments. Perhaps none more so than veteran midfielder, and national team captain, Julian de Guzman.

De Guzman has been a stalwart of the Canadian program for 18 years. A loyal servant to the cause, the Ottawa midfielder travelled with the team but was forced to watch from the sidelines for Friday’s loss in Honduras and last night’s win over El Salvador after picking up a knee injury at Fury training.

For a player that’s been involved in numerous World Cup cycles, it was hard to sit the end of this one out, but he feels the team gave their all, and although it wasn’t enough to advance in the end, he’s optimistic of what the future holds in store.

“There’s still a future to work with and to believe in,” a clearly disappointed de Guzman told reporters after the match. “Going in to this game beforehand we knew a lot depended on us and our result, but also another result beyond our control of. I personally believe a lot of the guys did what they needed to do.

“To enter the changing room at half time with ten shots on goal, that, for me, you could see the energy and the belief the guys had. They all believed in going to the next round. We finished 3-1. We won the game, but we also depended on another game and that’s just the unfortunate part at the end of the day.”

The general feeling amongst the veterans is one of optimism. Atiba Hutchinson commented postgame that he feels this is one of the best, if not the best, assembly of Canadian talents he’s worked with. De Guzman echoed that and feels that the team are not too far away from that long-awaited return to the Hex, and further international success.

“Yeah, I believe it,” de Guzman stated. “I still believe a lot of these guys will be around for another cycle, maybe two cycles. There’s quality there. There’s a lot of up and coming quality as well that will definitely bring the national team up to another level. But just seeing what we saw today, playing at home, with that confidence going forward and attacking, that’s something I think Canada has a lot of and more to come in the future.”

Tuesday’s attacking display was both encouraging and infuriating.

Canada peppered the El Salvador goal with 18 shots, half of them on target, but the finishing was woeful at times. A 3-1 scoreline could easily have been double or more with the chances Canada created and squandered. That’s what happens I guess when a team is asked to play attacking after a campaign of being overly defence-minded.

Missed chances aside, the infuriating part is that the performance showed just what Canada is capable of achieving as an attacking unit, so where were those displays during the other five group games? That’s what really cost Canada their World Cup hopes.

“It’s very difficult when you play against someone like Mexico,” noted de Guzman. “Those two games against Mexico really hurt us. It did do a lot to our confidence. It was unfortunate. We were also hoping to get a result in El Salvador. That was also a game changing moment for us.

“But letting in five goals against Mexico really did a lot to us going in to these last two games. You worry about going forward, but we’re also conceding, and if we didn’t concede that many goals against, maybe it could have helped us going forward.” 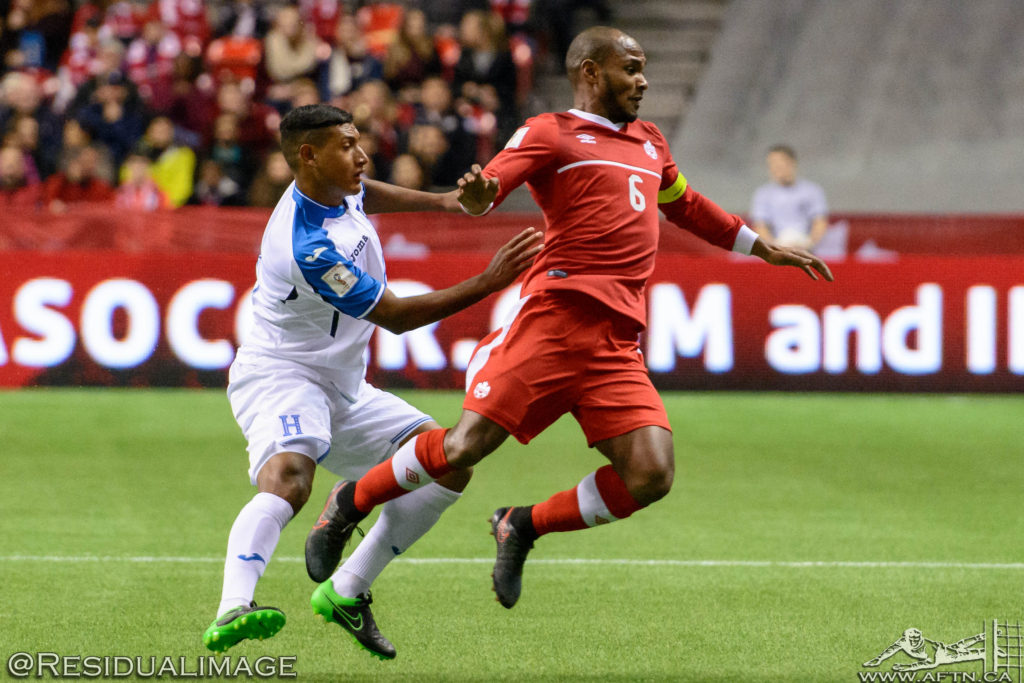 Watching the last two games play out from the sidelines hit de Guzman hard. The 35-year-old leads Canada in all-time appearances. But with the current World Cup cycle now over, those 89 caps look like being de Guzman’s final total.

The midfielder was in full reflected mood after the El Salvador game and has done a lot of contemplation over the last few weeks about his own footballing future. The end result is that this season with be de Guzman’s last for both club and country.

“Emotionally it’s been very heavy,” de Guzman reflected. “For me, dying to be on the pitch, unfortunately I couldn’t due to injury. Knowing that this is probably my last moment as well [with the national team]. For me, it’s been heavy on the heart. I’ve been doing a lot of thinking, but at the same time I’m very proud and it’s been a huge honour in my entire life just to witness this and experience this for the past 18 years I’ve been part of the program.

“Now, for me, this has been my major push to continue to play football, and because we’re no longer going to the next stage, I think that’s probably it for me. It was really hard to see the game go down like that, but at the same time, I’m really proud, not just of myself, but of the entire squad.”

De Guzman’s retirement will be a huge loss to the national team, but he hopes not to go too far and would like to have some involvement off the pitch in shaping Canada’s future in the international game.

“I still want to be a part of this,” said de Guzman. “I still bleed red. This is my degree right here, Canadian football. I still believe we’re going to major places. We’re going to eventually have our league. That’s going to be something that could definitely help us make a World Cup at some point, and I want to be a part of that and I’m someone who believes in that. That would be a dream for me to be on the other side for the national team.” 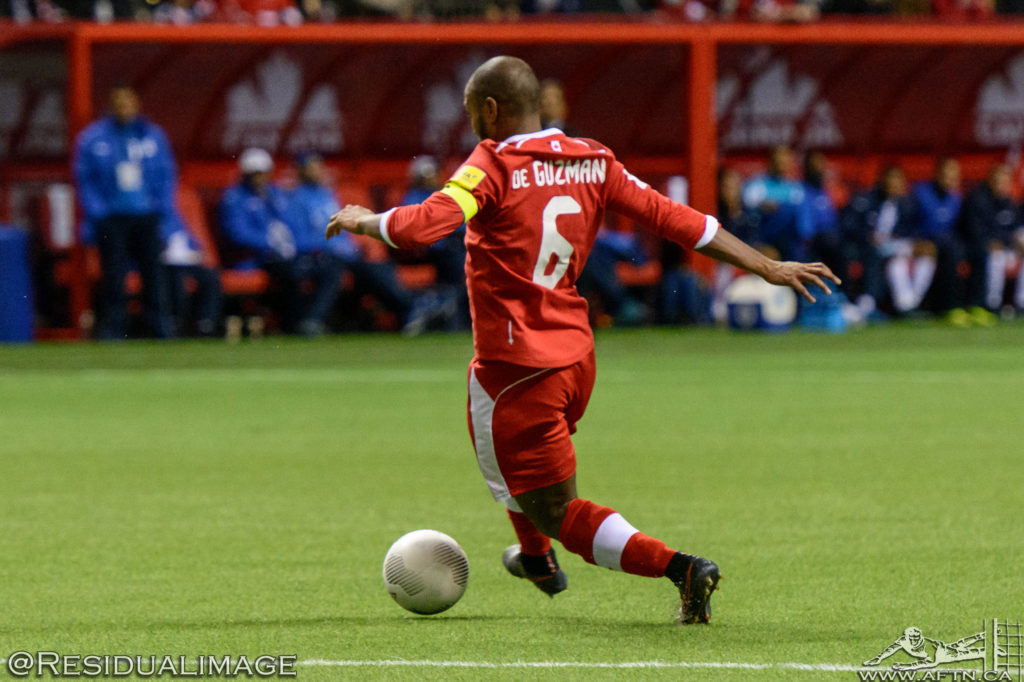