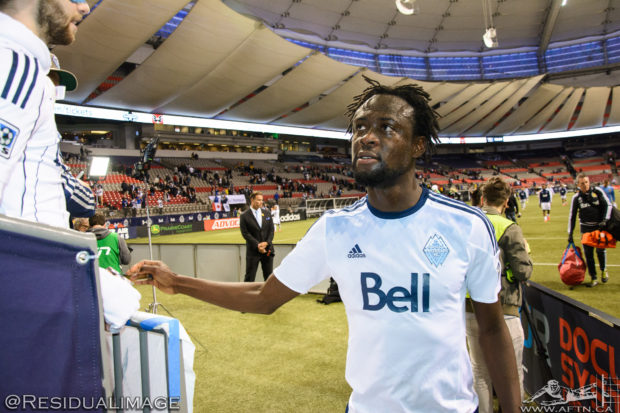 There’s not a lot that still surprises Kei Kamara in the world of football.

At 33, and with 11 years of experience in Major League Soccer, he knows the twists and turns that the league can bring. The latest of those now sees the striker heading to Vancouver Whitecaps for the 2018 season, and hopefully beyond.

He’d long made it known to New England Revolution that he didn’t think he was a great fit for the team and would like to move on this offseason. Just where that would be was still an unknown, and even with all the online chatter after we first tweeted last Thursday about the ‘Caps being keen to bring him here, Vancouver as the final landing spot for the Sierra Leone striker still caught him out a little.

“It’s a bit of a surprise, definitely,” Kamara admitted on a conference call to Vancouver media this morning. “But it was something that I have been pushing towards. To be honest, I made it public with the Revolution during the summer that I would like to forward my career elsewhere, because I didn’t feel I was the right piece for the puzzle into the system, or the play, that was happening in New England.

“A bit of a surprise, obviously, ending up in Vancouver because all you ever hear is the fans talking about it. You don’t get a direct phone call to say from the club ‘hey, I’m trying to get you’, so definitely that’s where surprise comes from.”

Part of that surprise was due to previous history.

Let’s take you back to May 16, 2016 for a moment. AFTN’s Aaron Campbell broke the news that Vancouver and Columbus looked set to swap Octavio Rivero for Kamara. Twitter was abuzz.

The news broke during the ‘Caps home game with Chicago Fire and Kamara himself added fuel to the fire when he tweeted out a video of him watching the ‘Caps game that night, captioned “Midnight Studying”.

Always in class in my career 🤓. pic.twitter.com/xip0JjHgsH

Heavyweights such as Ives Galarcep soon piled in to confirm the rumour. Carl Robinson denied it at that night’s post game press conference, but the feeling was the deal was done. Even Kamara himself felt that, and headed in to Crew training the next morning all set to be told he was heading to Vancouver.

“I felt that one was closer than what happened yesterday,” Kamara revealed. “At Columbus, I’m thinking I’m going to end up in Vancouver, and really excited about it. The day I was getting traded to New England, I went into training knowing the fact that I got traded.

“In my head, from all the Twitter craziness that was going on, I went in to training thinking, oh yeah, I just got traded to Vancouver Whitecaps. So they told me I was going to New England Revolution and I was like ‘oh’. “

But things didn’t work out great for Kamara in New England. He got goals, 19 in 32 appearances, but the team missed the playoffs both last year and this. Kamara felt he was a bit of a square peg in a round hole with the Revs and wanted a move to a team that more suited his style of play. It’s hard to argue that there’s many better teams to match that in MLS right now than the Whitecaps.

Kamara is a goalscorer. He’s a big lad, 6-foot-3, and has made his name and reputation as a dominating striker in the box, and in the air especially. 32 of his 50 goals since he returned to MLS in 2015 have come off crosses. 19 of them from headers. He had his best ever MLS season in 2015, scoring 26 goals as he helped Columbus make the MLS Cup.

Like it or not, the ‘Caps lump a lot of crosses and long balls into the box. Their set play piece this season was exceptional. The delivery has been there for the past couple of seasons from the likes of Christian Bolanos and Cristian Techera. Goals came, but certainly not as many as there could have been. What’s been missing has been a big, target man to bury them or to knock the ball down for someone else to.

Kei Kamara and Vancouver Whitecaps seem to be a match made in heaven right now.

“Yeah, I hope so, I hope so,” Kamara said. “I’m attracted to the system, I definitely am. I’ve watched Vancouver play numerous games. The atmosphere in that stadium, the ways the guys play, the speed of attack, and the crosses in the box. I’m a striker that lives off just being in the box and feeding off of that.

“Really, just watching that, sometimes you just sit on the outside and you’re like ‘oh man, I wish I could be in there’. So, I’m really interested to join the team and hopefully that’s the same drive and system that continues with the boys, and putting balls in the box.”

And Kamara’s confident if Vancouver keep their current style of play, the goals will come.

“If I’m that guy that one or two of the players rely on and say ‘well now if I put a cross in, I know Kei’s going to fight for it’,” Kamara added. “Whether or not I’m scoring it, I’m always going to make myself known and distract defenders or anything else, so that we can continue to get goals.”

When Kamara was first mooted as a possible Whitecap last year, reaction was mixed. Concerns were raised around what kind of person and vibe he would bring to the locker room. He’s been accused of being disruptive and being all about himself.

I’m not entirely sure where the reputation came from. Previous teammates have spoken highly about what he brings to locker room, and he comes to Vancouver as some much needed experience and brings some equally much needed character.

He has a reputation for being outspoken, something he readily admits. If done in the right way, I see no issues with that at all. Vancouver needs vocal leaders that will challenge Robinson and the team when things are not going well. Soft and sensitive doesn’t win trophies. 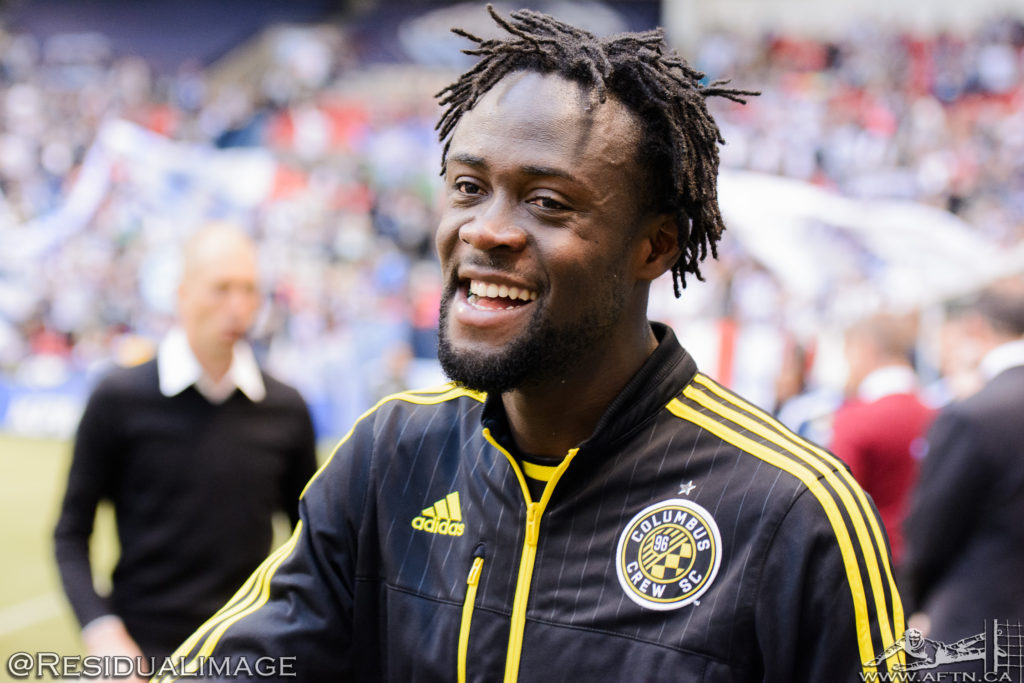 That personality isn’t for everyone. He has bounced around the league and clubs. Vancouver will be his sixth club in the league and his third since returning from England for a second stint with Columbus in 2015.

But he’s hoping he’s finally found home again. He knows Carl Robinson on a personal basis and has loved what he’s seen of the city and the supporters here when coming as an opposition player. Kamara certainly isn’t looking at Vancouver as being another stop gap or quick visit. He wants to be here for the long term, maybe even ending his career as a Whitecap.

“Yes, I was in Columbus, New England, and now going to Vancouver and definitely looking to stay, looking to win something. I’m not looking to test the waters. One year here and then move and if it doesn’t win, then try a different club. It’s about building something.”

And he also wants to win that elusive MLS Cup.

“I definitely want to be part of something that’s going to build a championship team,” Kamara said. “Whether it’s next year or the year after or the year after. I’m looking forward to just being there and seeing what the plan is.”