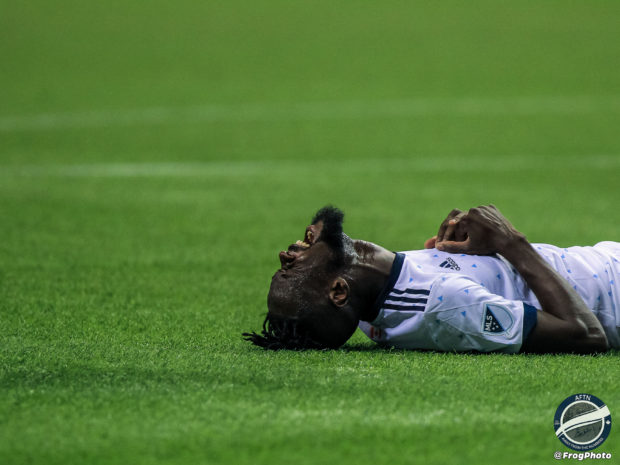 Kei Kamara is in the midst of his 12th season in Major League Soccer. Three and a half of them were spent in Columbus, over two spells.

The Crew were the team that drafted Kamara. His 26 goals helped guide them to the 2015 MLS Cup final. He was very highly thought of in the Buckeye State. Then it all went sour.

An on field bust up with Federico Higuain over a penalty and some brutally honest postgame comments saw Kamara shipped out to New England just days later by head coach Gregg Berhalter, and left the Sierra Leone striker with a bitter taste in his mouth and when Kamara returned to the city in Revolution colours, he was booed.

The striker now heads back to Columbus this weekend as a Vancouver Whitecap. He’ll no doubt get a similar reception, but after all he’s been through with the Crew, and the off field struggles the team is now facing, is there still a little bit of love left in him for his former team?

“No, no love for Columbus,” Kamara emphatically stated at Whitecaps training on Tuesday. “Definitely no love. [But] I’m excited to go back and play in Columbus.”

It certainly wasn’t the way any player wants to leave a club, especially the one that gave you your start in the pro game. So does he feel he still has something to prove to them? That they made a mistake in letting him go.

“No, nothing at all,” Kamara believes. “Nothing to prove with them any more. It’s been a couple of seasons. Neither one of us have done anything since we both left. We’re all in the bottom and this is a new season. I don’t have to prove anything over there, but definitely getting a win over there would be great.”

The infamous bust up with Higuain was nearly two years ago now. A lot of water has gone under the bridge in that time and Saturday certainly won’t be the first time the pair have met since. And for Kamara, the situation between them is all good.

So while it may not be a case of heading back to see old friends in terms of the Crew, it will be something of a homecoming for Kamara in Columbus.

“I have family in that town,” Kamara said. “It’s my second biggest home base in America with my family and friends, so I definitely am happy to go back to Columbus. I’m happy to go play in that stadium again. It was the team that drafted me, what, 13 years ago, so there’s a lot of history. But to me, about what happened a couple of years ago, come on, that’s way gone.” 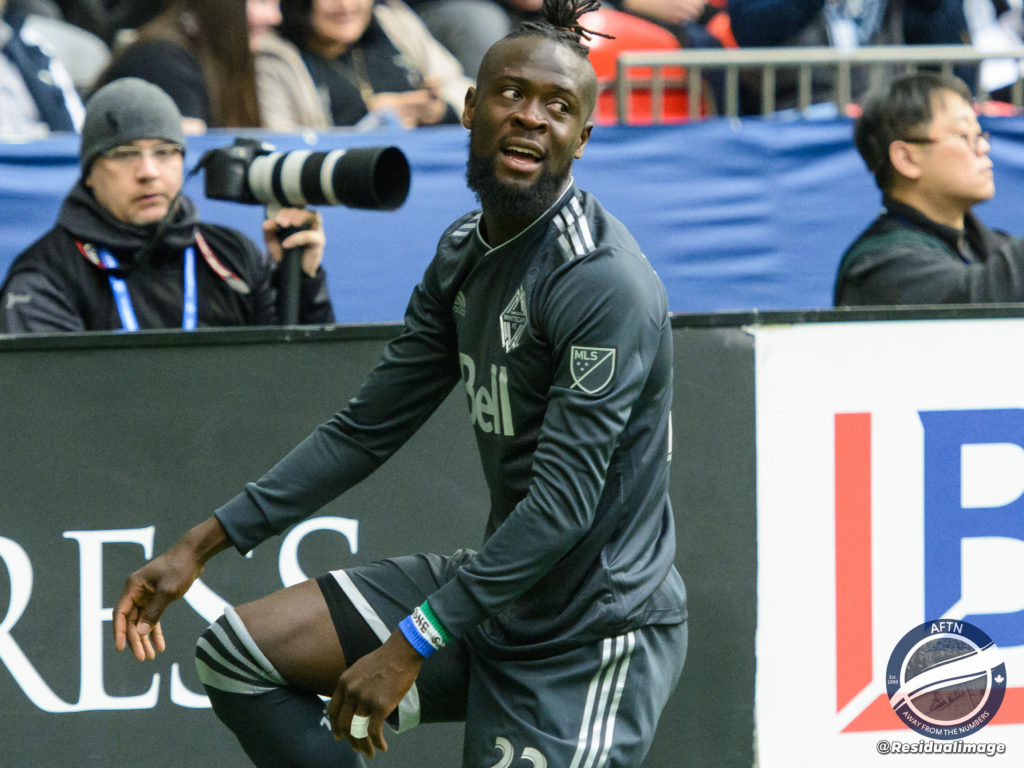 While Kamara’s return will no doubt draw a lot of talking points this weekend, the Whitecaps are looking to bounce back after a horrible showing at home to LA Galaxy on Saturday night.

The ‘Caps hit the road now for two matches, taking their excellent away form to Columbus and then Salt Lake.

Vancouver have one win and one asterisk marked loss on the road so far this season. Kamara was forced to sit out of that loss in Atlanta due to a groin strain, but there’s no way he’s missing this one and he can’t wait to get going again.

“For us, just to be on the road is good,” Kamara said. “I didn’t make the last road trip, so I’m definitely looking to be on the road with the guys and putting in a good shift. Columbus are a good team. A really good team, moreover at home. So we have to be ready, and I know I’m ready for it, so I’ve got to translate that energy to the rest of the guys.”

Columbus are a fired up team this season and sit unbeaten at the top of the Eastern Conference with three wins and a draw from their first four matches.

Led by Gyasi Zardes’ three goals in his first three matches, the Crew are a force to be reckoned with this year and Kamara knows they’re going to the one of the toughest tests for the ‘Caps yet this year and a dangerous opponent.

“They stick to their game plan,” Kamara feels. “They do the good stuff. They possess the ball, play it wide, put it back in. They have a good striker now also in Zardes, ready to score some goals. They’re a good team. You have to respect the way they play, but at the same time, definitely when you play them in Columbus, you have to be compact and ready for it.”

For a player that began his pro career in Columbus, this could also be Kamara’s last ever trip to play a game there if Precourt gets his wish in moving the team to Austin. And for all that Kamara has said above about his feeling in heading back to the city, he did have some heartfelt words for the Crew’s fanbase regarding the situation.

“Going in, if I can get a win there, and say that’s the last win we get in Columbus before they move, then probably I’d be more happy with that,” Kamara admits. “You don’t want to see anybody lose a team that they support for a long time. They do have some diehard fans that have been with the team since ’96 and you feel bad for them. But at the same time, I guess business is business.”

So does Kamara feel they should stay in Columbus?

“If I was the commissioner,” Kamara said with a smile, “I’d probably move them to Vegas.”