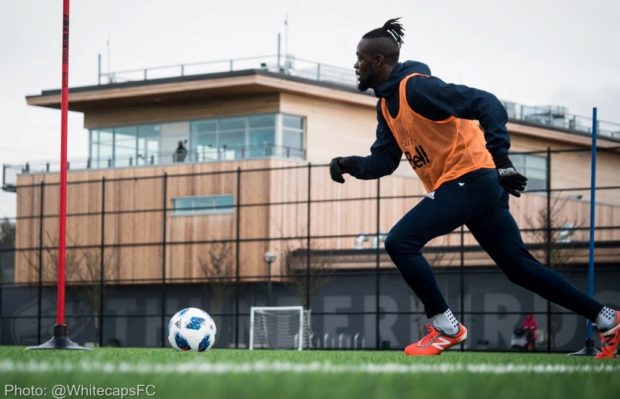 Fairly or unfairly, Kei Kamara has a reputation. One of being more disruptive to locker rooms than bringing harmony and team chemistry.

When Vancouver Whitecaps were first linked with signing Kamara in 2016, and then again last year, there was a common response from some in the ‘Caps fanbase and supporters around the league – stay clear.

Since returning to Major League Soccer in 2015 with Columbus Crew, Kamara hasn’t been too far away from some locker room discontent at his two clubs.

At Columbus in 2016, it felt that tensions had been simmering with several players within the squad for a while. They seemed to boil over in May’s 4-4 draw at home to Montreal, with the Crew giving up a three goal lead. Kamara scored a brace in that match, but was denied his first ever MLS hat-trick when Federico Higuain refused to give Kamara the ball when Columbus were awarded a penalty and an on-pitch argument ensued.

Kamara certainly let his feelings be known in the post match interviews and it didn’t take much to see that the relationship between the two Designated Players was irrevocably broken. The penalty incident was the tipping point.

Kamara: "To me and to the relationship to believe in my (number 10), my playmaker, there is none. I never have to worry about it." #CrewSC

Kamara was subsequently suspended by Columbus for how he handled the post match media. Five days after the incident, with Vancouver a rumoured suitor, the striker was gone to New England. The Revs paid a lot to get Kamara, but it didn’t work out as the striker looked like a square peg in the round hole of their system. He wasn’t happy, he suggested both parties would be better parting ways, New England agreed, and now he’s a Vancouver Whitecap.

To some, Kamara is a trouble maker and not a team player. Someone who calls out his teammates and doesn’t hold back his views on their performance. To others he’s the pulse of the locker room and a great team player. A man with a fierce desire to win who doesn’t tolerate his teammates not giving their all and will give a dressing room the kick up the ass it needs.

For those that fall into the first way of thinking about the striker, they’re missing the point. Every team needs a player like Kei Kamara to do just that – to challenge the team to do better. If you hurt people’s feelings along the way, it’s unfortunate, but suck it up. If that causes a split in dressing room dynamics, then the message has got lost because people can’t handle criticism.

Now yes, it all comes down to the delivery and tone, but all players need to be challenged if they underperform or give a half assed effort, and Kamara certainly has no problem doing that and no intention of changing, even if it does make him public enemy number one with some.

“You have to,” Kamara told AFTN this week. “To me, it’s not just about how long I’ve been in this league. It’s my personality. You’re not here to babysit, but maybe a little bit of babysitting so that you can help the young guys go forward.

“But players and everybody have to take responsibility to know that if I tell you something that’s harsh, it’s not personal. I’m just trying to win and we’re trying to win together. On and off the field, we’re family, but when we come in here we have to battle together.” 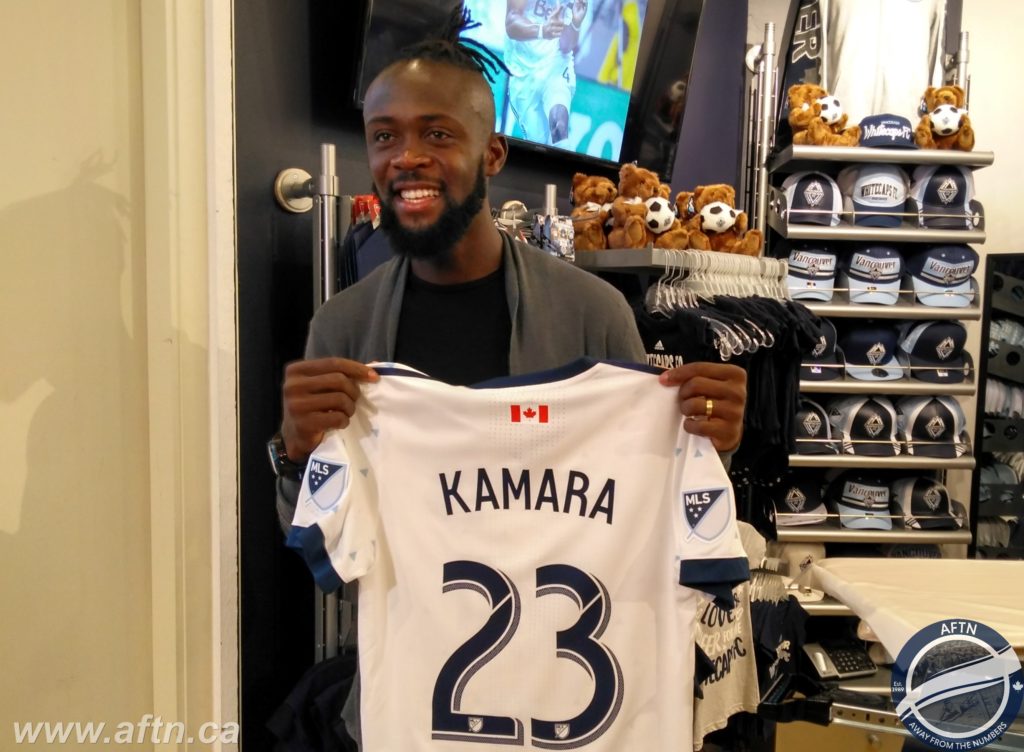 Part of it is cultural too. There are many places around the footballing world where players fully expect a bollocking when things aren’t going well. The full hairdryer effect. And not just from the manager or coaches, but from senior players. It feels different here. From chats I’ve had with both coaches and players, that approach doesn’t go down as well over here. Players can go into their shell.

It’s something that Kamara has learned from his many years in the game here and he’s trying to adapt his style to suit the audience. So are North American players just too soft?

“Yeah, it’s a bit different,” Kamara admitted. “I have been told before to try and find a way to talk to North American players. Maybe it’s because of how we grew up. Where I grew up in Sierra Leone, or even players coming from overseas and other countries, they’re really matured and been in harder or tougher situations.

“But these are things that I’ve learned from my time of playing in the different cultures, so hopefully I’m able to manoeuvre that and reveal my message the right way because it’s all about getting our younger guys to do well because if they do, then the club’s obviously going to do well.”

How Carl Robinson views him is unmistakably clear. Robbo has pegged Kamara as his locker room leader, which will likely raise some eyebrows.

“Kei’s a player that I’ve admired for many years,” Robinson said at training this week. “Bringing him in was very important for us and I think he’ll bring something different to Fredy [Montero]. People will compare them but they’re two totally different type of players. Obviously he’s a little bit older, he’s got the experience, he knows the MLS travel. He’s a leader. He’s a character. Make no doubt about that.”

There is no doubting that Kamara brings with him a big personality. He’s a social media phenom and a colourful character. It’s that personality that brings with it the criticism. He’s brash, he’s opinionated, and he has no qualms at all about speaking his mind.

He also feels like a much needed breath of fresh air because of all that, in a sometimes too-comfortable seeming Whitecaps locker room.

“He’ll rub some people up the wrong way,” Robinson told us. “He’ll get on to people, he’ll get on to players, but I don’t mind that. That’s what football’s about. We’re not robots. Players aren’t robots. If you try and clone them and make them robots, then they’ll lose their ability to show what they’re good at.

“But it’s just keeping it in check. I’ve had a good conversation with Kei this morning. We’ll get his family out here as soon as we can, because a happy wife if a happy life, as we know, and he can do his talking on the field.”

Robinson has made it clear to Kamara that the only mandate he has for calling out his teammates is if he’s doing the business on the pitch himself. If he isn’t, he has no recourse to have a go at others, and that’s an approach the striker is fully on board with.

“For me, if I’m not scoring goals, put me on the bench,” Kamara said. “It shows me that I’m not doing well and I need to work a little bit harder. I can’t wait. If the pressure’s going to come from the city, then that’s great because then the city knows that when you’re winning games everybody’s going to fill out the stadium. We look forward to that.”