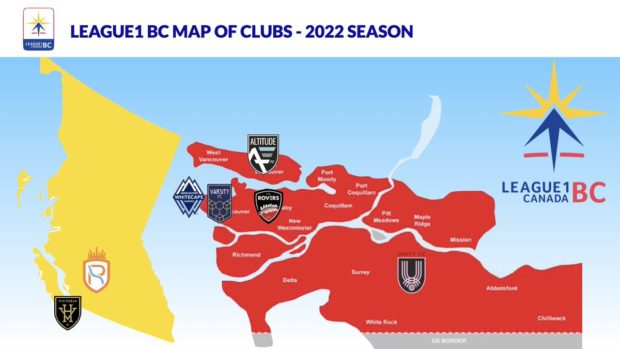 The inaugural League1 BC season kicks off on May 22. Seven men’s and seven women’s team will battle it out to become the league’s first champions and with the squads starting to take shape, the countdown to kick off is fully under way and the excitement is building.

Over the next month we’re going to bring you an in-depth build up to the new league on both the site and the podcast, with an almost daily selection of articles and features.

We kicked things off on Friday with a quick primer on all seven teams, and yesterday we profiled the seven coaches charged with leading the men’s teams into the inaugural season.

In the second part of our ‘Get to know the L1BC coaches’ we look at the seven coaches that will be leading the ladies in this year’s league. 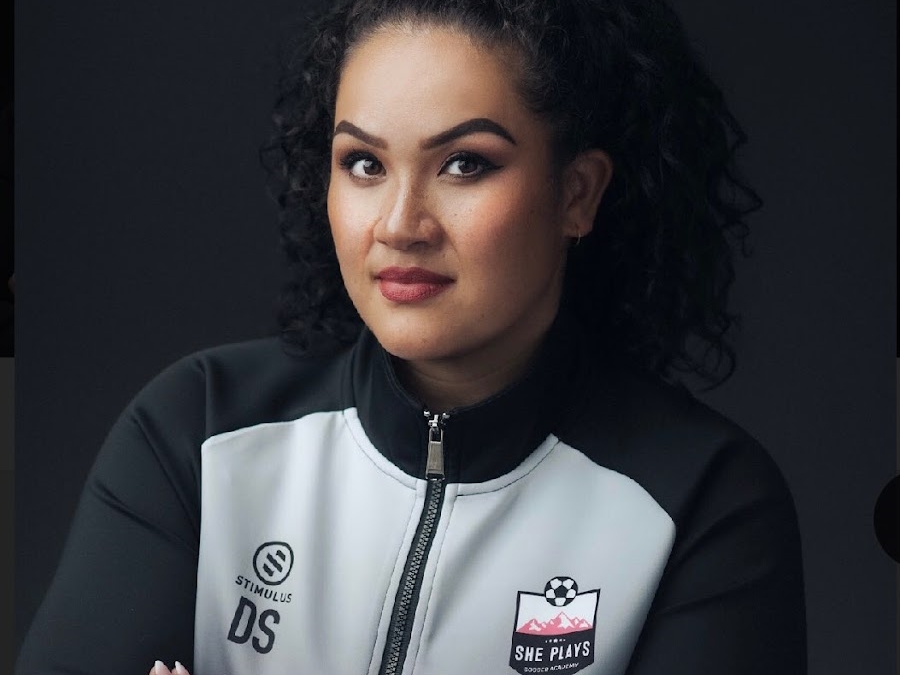 We profiled Altitude co-owner Faly Basse in the first part of this feature. Basse will be the head coach of both Altitude’s men’s and the women’s sides, but on the latter his assistant will be the very experienced Dehara September.

September is a founder and head coach at the all-female She Plays Soccer Academy and along with being the assistant with Altitude this summer, she’ll coach the academy’s adult Venus FC team in the PCSL. She’s been involved with girls’ soccer on the north shore for a number of years now, coaching with NSGSC and West Van FC.

As a player September played professionally for Newcastle United in England and Northampton UK Laurels in the WPSL in the US before injury ended her playing career and she moved into coach. She also played internationally for the South African national team.

September holds a Canada Soccer C licence, a Provincial B licence, and a US Soccer E licence.

Away from the football pitch September is a very talented jazz and soul singer and is the secretary and treasurer of the Vancouver Anti-Racism Coalition. She also serves on the viaSport BC Diversity in Coaching committee. 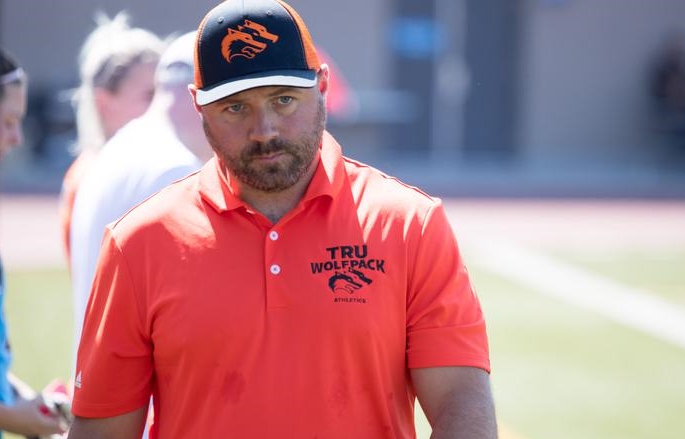 Like the men’s side, Rivers FC’s women’s team will be led by the head coach of the Thompson Rivers University Wolfpack women’s team, Mark Pennington.

Pennington was appointed the head coach of the Wolfpack in 2019 after three years as an assistant to Jesse Symons at UBC and two years before that under Graham Roxburgh at Trinity Western, both now fellow L1BC coaches. It’s been somewhat of a baptism of fire for the Englishman, whose young team have managed just three wins in the two seasons of play he’s been at the helm.

Outside of the college game, Pennington was a guest coach with the U17 national team, was a Vancouver Whitecaps prospect coach, and coached teams to a National Championship gold medal and bronze medal at youth level. He also coached two winning programs in the PCSL and spent time as a guest coach at Tottenham Hotspur with their U18 program.

Locally in BC, Pennington has previously been the Club Technical Director of the SurDel Soccer Club in Delta, and was the head coach of the Coastal FC U18 and U13 girls programs in South Surrey in the BCSPL. 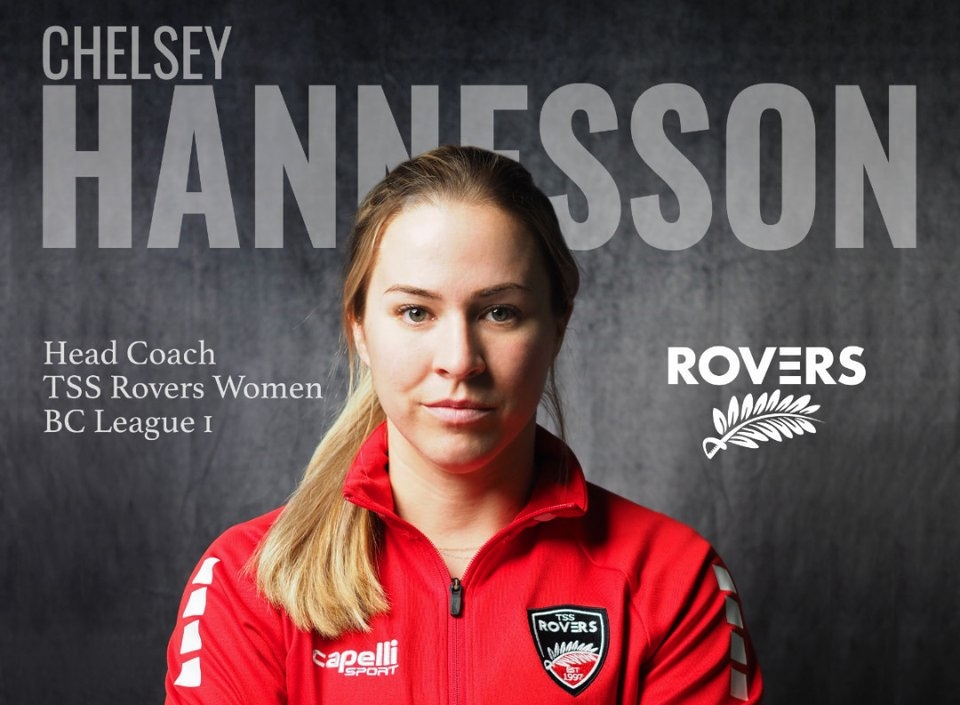 Chelsey Hannesson was appointed the TSS Rovers women’s head coach in January and will lead the team into their first L1BC campaign this summer, having previously been a Whitecaps REX staff coach where she worked alongside Rhian Wilkinson amongst others.

Hannesson brings a wealth of coaching experience in the girls’ game including spells with River City SC and Surrey United, and she is the current Assistant Technical Director with the Langley United Soccer Association. She has previously been a staff coach with BC Soccer and is currently working with Canada Soccer as a Coach Developer for the Youth Licence and A Licence courses.

As a player, Hannesson spent four years playing at Eastern Washington University, where she earned herself a reputation as a free kick specialist. 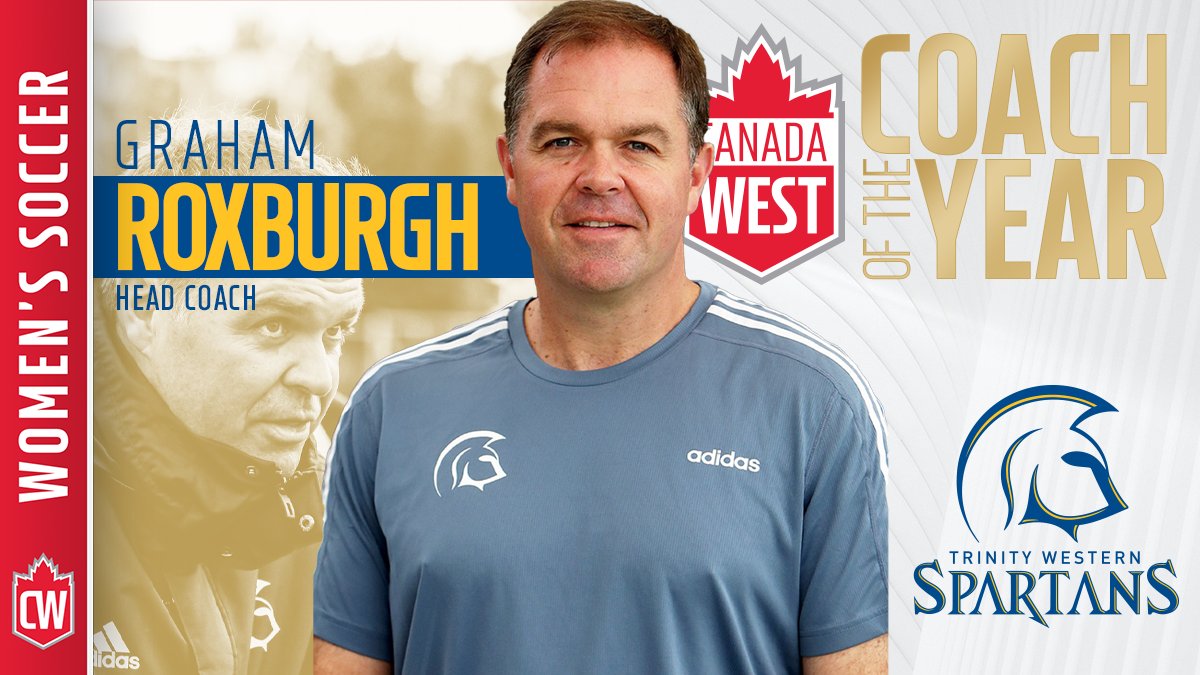 The most experienced and decorated head coach among the L1BC women’s sides, Graham Roxburgh has been the man in charge at Trinity Western University since 1999, guiding the Spartans to five USPORT national championships and a slew of Canada West titles.

Roxburgh first came to TWU in 1993 as an assistant to the men’s team before being appointed head coach of the women’s side in the fall of 1998. He has won the USPORTS Coach of the Year in 2011 and 2021, the latter of which came after an undefeated Canada West season and a silver medal in the national championship game. Roxburgh has also been named Canada West Coach of the Year on six occasions.

Roxburgh is also the director of TeamUp, which works alongside local organizations to use sports for the greater good, whether that be the beginning of sustainable impact or a component of a long-term community development strategy. 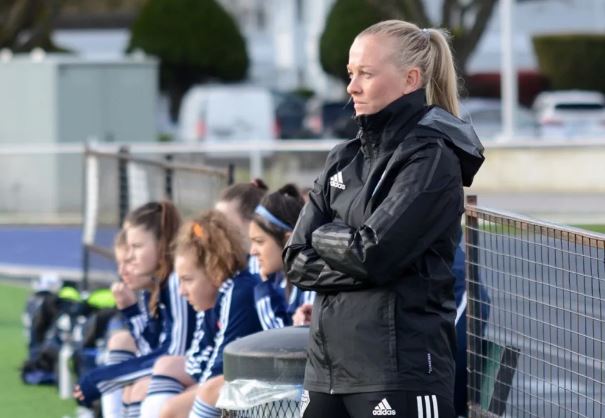 As a player Collar made 68 appearances in a five-year NCAA career at Eastern Kentucky and had a youth career with Calgary Foothills Colts, winning back to back Canadian National Championships at U16 and then U18 level.

She is in the process of completing her Canada Soccer A Licence. She currently holds the B licence. 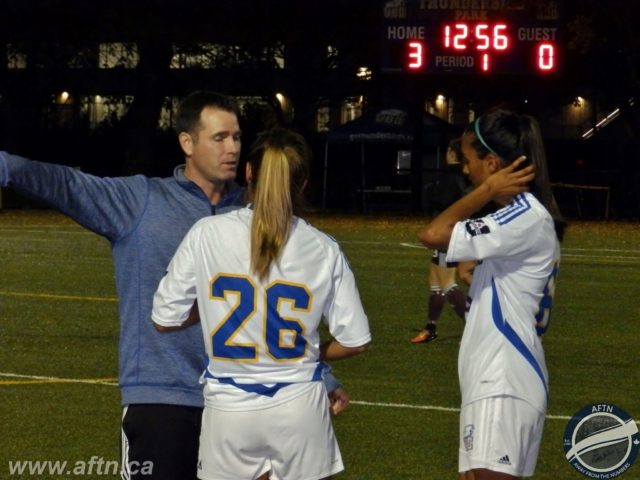 UBC Thunderbirds women’s head coach Jesse Symons takes the reigns at Varsity looking to build on a solid six seasons in charge of the T-Birds that saw him guide the team to a USPORT national title in 2019.

Symons came to UBC in 2016 after 10 years in the Whitecaps system that saw him as head coach in the academy, the ‘Caps W-League team in 2012, and the Girls Elite program.

Most recently, Symons has taken on a role last month as Manager of Coach and Player Development at BCSPL side Fusion FC where he will be “supporting staff who build curriculum, providing coach development for partner clubs, and helping establish and support academy programs”.

Symons was named a MLS Works Community MVP in 2020 for his work with Hope and Health, an organisation who work with Indigenous children and youth in many communities, putting on clinics and camps. 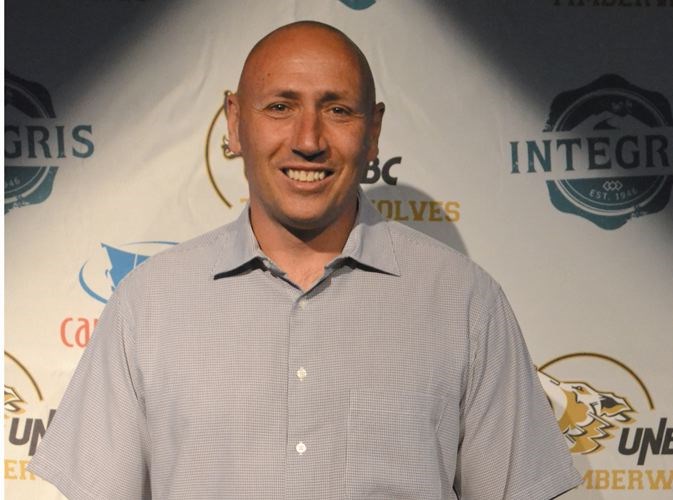 Neil Sedgwick has been the head coach with the University of Northern BC Timberwolves in Prince George since 2016, but he’ll be heading back to Vancouver Island this summer to lead the Highlanders women’s team in L1BC, returning to the club where he served as assistant coach on their PDL team for four seasons from 2011 to 2014 and was their Director of Youth Development.

Sedgwick guided the Timberwolves to their first ever Canada West playoff victory in 2017 and then set team records for wins, points, and goals the following season.

A native of Leeds in England, Sedgwick achieved his Masters degree in coaching in Victoria in 1998 and holds both a Canada Soccer and US Soccer A licence. He is the co-founder and Director of Youth Development for Victoria based academy EPIC Sport.