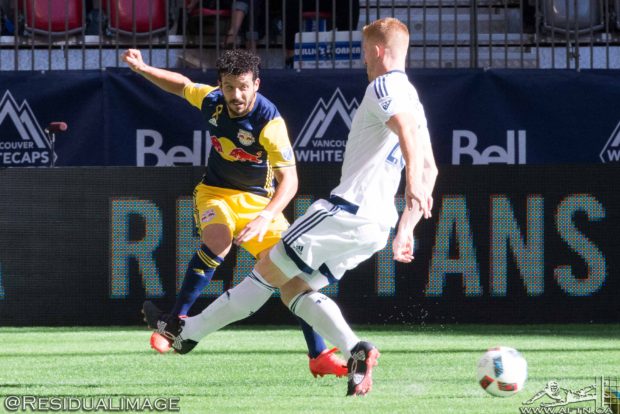 Well the saga is finally over and Vancouver Whitecaps centre back Tim Parker has finally departed for pastures new. Or he’s heading back home to New York, depending on how you want to spin it.

Despite the talk earlier in the week that he could still remain a Whitecap, the writing seemed pretty much on the wall that the ‘Caps were going to lose one of their key defensive pieces, but the return they got back for the 25-year-old should certainly sweeten the deal.

As we’ve talked about several times in the past two weeks, Parker simply wasn’t worth the $1.4 million over three years deal that the ‘Caps were offering him, never mind his demand for more than that. You can’t overpay for potential in a league like MLS, especially in the position of centre back. But if someone else wants to, then bite their hand of if the deal is right, and this case, what is coming back from New York Red Bulls is certainly the right deal.

Not only do the Whitecaps get long sought after experienced midfielder Felipe Martins, they also have $225,000 of 2018 Targeted Allocation Money (TAM), $275,000 of 2019 TAM, and a 2018 international roster spot heading west from New York Red. Plus, as part of the deal, the ‘Caps will retain a percentage of any future transfer fee if Parker is transferred outside of MLS. I don’t know when Dick Turpin was hired by the ‘Caps to do their contact negotiations but well done.

A nice bit of business. but losing Parker two days before the new season gets underway was far from ideal though. With Doneil Henry out injured, it leaves the ‘Caps with just two serviceable centre backs to partner Kendall Waston against Montreal on Sunday and one of them, Jose Aja, only arrived with the team this week.

“Obviously we would have preferred to have done it sooner, but the one thing we didn’t want to do was to do a bad deal,” Lenarduzzi told reporters at the Whitecaps media day on Friday afternoon. “We were quite prepared to actually have him back. He had a year left on his contract.

“So for us it was trying to find out what was available out there. There was a lot of interest in him and the deal that we’ve done, we think that we’ve got a player who can certainly help us in Felipe, and we got 500 of TAM that has enabled us to invest that in other assets that we currently have.” 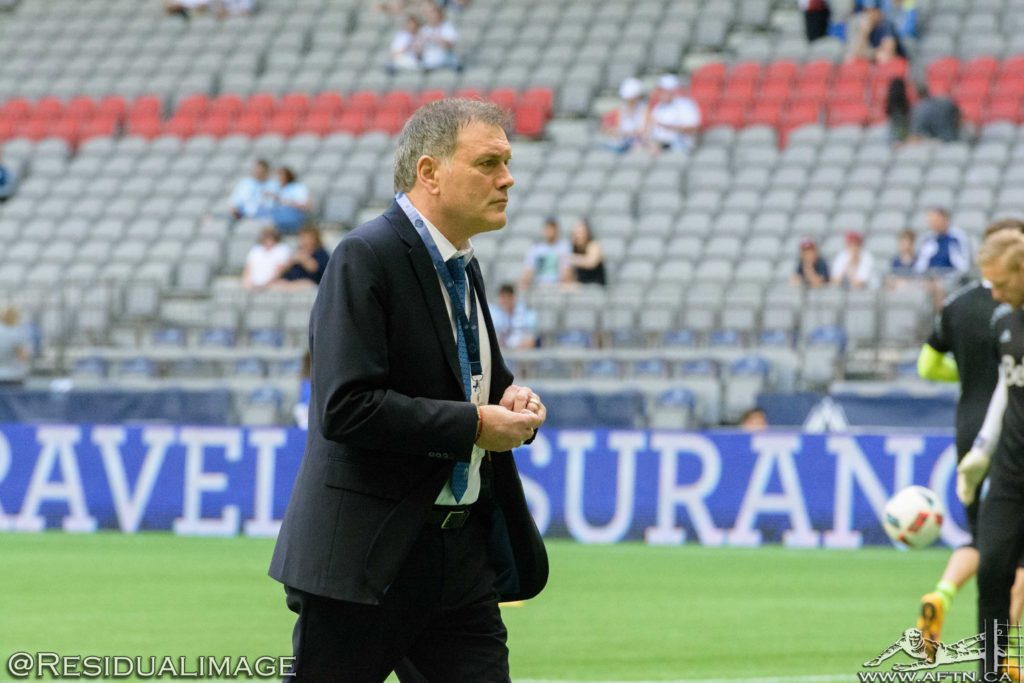 As disappointing as it is to see a key player move on, Lenarduzzi feels that the Whitecaps are “a better club now because of the deal that we’ve done”. So did it all simply come down to money?

“It was a question of us giving him what we thought was our best offer,” Lenarduzzi revealed. “And when you look at American centre backs around the league, it was a very good offer. Between him and his agent, they chose not to accept it, so at that point it was something that we needed to decide, okay, so what do we do.

“So we looked at if he was going to move, and we could become a better club as a result of moving him, then we would entertain that option. So we had conversations with a lot of different clubs.”

Lenarduzzi confirmed that most of those conversations were with clubs out east, and there wasn’t one Western Conference side showing any real interest. But the Parker camp had no say in where he would end up. For the Whitecaps, the only thing that mattered was getting what they wanted in full in return and they were equally happy to wait it out until they got it.

In the end, it all worked out for both parties. The Whitecaps got a whack in return, the Red Bulls got a defender they’ve coveted for a while but were previously told was “a non starter”, and Parker got a move back in the midst of his family.

All good, but one thing Lenarduzzi wasn’t particularly pleased about was how the contract and trade talks were played out in the public realm of social media towards the end of it all.

“It is disappointing, because you wonder where the information comes from,” Lenarduzzi said. “It wasn’t us! But I think when you get into dialogue with a player as high profile as Parker is, and more than two people know, then I think there’s a good chance this stuff is going to come out.

“For us, we weren’t prepared to comment on it at the time because there wasn’t a deal done, but I guess it makes for interesting conversation on the social media side.”

In a lot of ways, the way it all played out actually benefitted the Whitecaps. If Parker had just been traded out of the blue, the ‘Caps fanbase would have thrown fits, accusing the club of being clueless and accusing them of being cheap. With the advance knowledge that this was coming, the shock element was removed and a number of fans had turned on Parker for what was perceived as being greedy or overvalued contract demands.

There’s also the question of just how good is Parker now, and how much better could he be or will he be?

When he wasn’t beside Kendall Waston, he often was not as commanding in the box, and his distribution skills were often lacking, and for all of the Whitecaps strengths last season, they shipped 49 goals and had a goal difference of just plus one.

The majority of those matches were with a Waston/Parker partnership, so breaking that up doesn’t necessarily make the ‘Caps weaker, a point very much noted by Lenarduzzi.

“I don’t mean this is any disrespect to Tim or to Kendall, but we’ve leaked a lot of goals,” Lenarduzzi stated. “We’ve given up a lot of goals over the last two seasons, so I guess if I were to flip that on it’s head, ideally, with a different pairing, we get better at that. We concede less goals.”