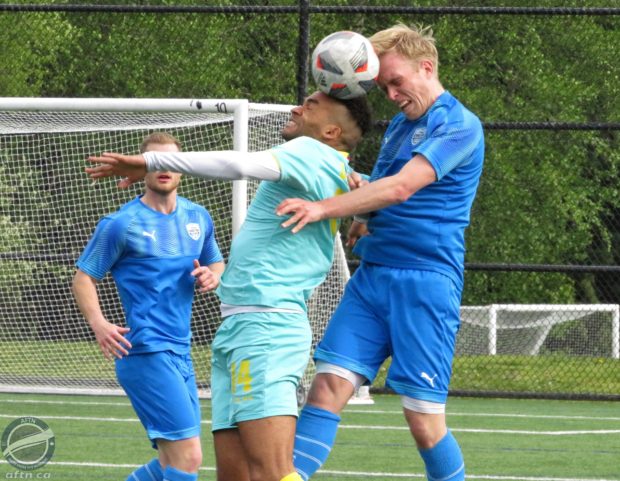 Sometimes cup football doesn’t always give you the final the formbook would suggest. There’s always a fair share of cup shocks along the way, but when the draw was made last month for the 2022 BC Soccer Provincial A Cup, the bracket kept the province’s two amateur powerhouses of BB5 United CCB and FC Tigers apart, setting up the mouthwatering prospect of the two teams meeting in this year’s final at Swangard Stadium on May 15th.

There was the small matter of each team getting through three games to make it to the hallowed turf of Burnaby of course, but despite being given a couple of scares and close contests along the way, the formbook was spot on and this year’s Provincial A Cup final will be an eagerly anticipated battle between Vancouver Metro Soccer League (VMSL) champions, and defending provincial and national champions, BB5 United and Fraser Valley Soccer League (FVSL) treble winners FC Tigers.

“There’s a lot of excitement,” FC Tigers head coach Adam Day told AFTN when asked about Sunday’s showdown. “I think this is the final that everyone wanted to see and our players and staff are no different. You have the FVSL League winners and the VMSL League winners and both teams deserve the opportunity to showcase the quality we have in the final. We have both had to come through tricky knockout games as well so it is fitting we have continued to put in strong performances and get the results needed to get to Swangard.” 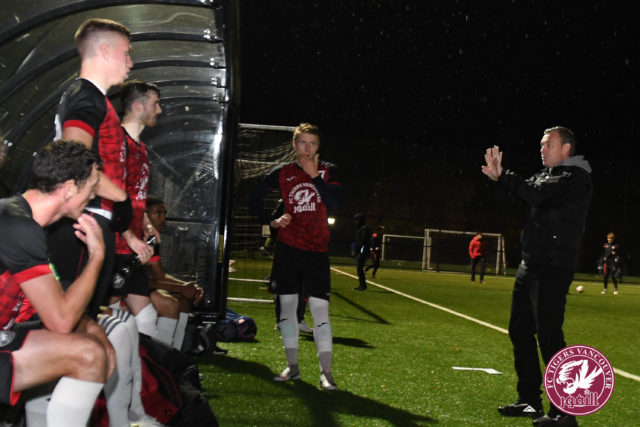 Tigers kicked off their quest for glory with a 7-1 thumping of fellow FVSL side Surrey United in the first round, with leading scorer Farivar Torabi grabbing hat-trick, and they followed that up with a 2-1 victory over VISL side Nanaimo United in the quarter-finals.

That set up an all-FVSL semi-final last weekend against Abbotsford United. The decisive moments came in a two minute spell in the first half, with Gabe Escobar scoring for Tigers in the 35th and 37th minutes to give them a 2-0 victory and book their place in the final. You can see the full match on Sport Media BC’s YouTube channel HERE.

BB5 United CCB kicked off their cup campaign with a very hard fought 3-2 victory over VMSL and Surrey rivals BCT Rovers Hurricanes in the first round and they were pushed all the way in the quarter-finals by FVSL side FC Faly, who came back from going 2-0 down early to force extra time. BB5 were too strong for Faly in the extra 30 minutes, eventually running out 4-2 winners.

That set up an all-VMSL semi-final with Rino’s VSC Coastal, and although BB5 were made to work hard and saw out the last 26 minutes of the match with 10 men, they came away 3-0 winners.

Caleb Clarke put BB5 on their way, firing home a rebound after his 18th minute penalty was initially saved. The VMSL champs were then reduced to 10 men in the 64th minute when second half sub Ramsey Alfantazi somewhat harshly picked up a second yellow for being adjudged to have kicked the ball away and timewasting.

This must have given Coastal hope of getting back into the game, but instead it was BB5 who pushed on and Bobby Jhutty fired home a low free kick in the 70th minute to double their lead, before a nice solo effort from Yassin Essa three minutes from time sealed the deal.

You can see our highlights from the match on our HERE and in the video below:

At the end of all of that action, the champions now collide in a repeat of the last BC Provincial A Cup final that took place at Starlight Stadium in Langford in 2019. Both sides were VMSL teams at that point and BB5 United CCB won that encounter 4-1. So what are FC Tigers expecting this time around?

“I think there will naturally be some caution because it is the final,” Day told us. “But I hope it is an entertaining game, high intensity, and something the neutral will enjoy. I know they have some players that if given chances, can take them, and we have to respect that, but I also know the quality that we possess and we have given professional teams more than a good run for their money this season so I am very confident that our mentality will be at the same level for this match.

“We know if we play to our capabilities, any team who beats us will have to play to their maximum on the day. We will go out and try to put on a performance like we have all season and show people who we are, regardless of whether it’s been in the FVSL, or in the friendlies vs Whitecaps 23’s, Calgary Foothills or FC Edmonton, we have played our way and Sunday will be no different.”

BB5 are the defending provincial and national champions from the last time games were played back in 2019. They come into Sunday’s final as VMSL champs, having won the Premier Division by a 12 point margin, losing just two games along the way. Their 64 goals from their 22 matches were the highest in the league, with Caleb Clarke and Nic Morello leading the way with 17 goals apiece, and their 18 goals conceded the lowest, with 11 clean sheets along the way.

FC Tigers won the FVSL treble, winning the Premier Division title by 18 points and lifting the Soccer City League Cup and the Pakenham Cup. They lost just one game in their 23 game league campaign, winning 21 of their matches and outscoring their opponents 99 to 15. Farivar Torabi won the FVSL Golden Boot for his 36 goals, with Erik Edwardson bagging 19. Defensively, like CCB, they kept 11 clean sheets.

No matter what happens in this final, it’s been a tremendous season for FC Tigers and Day looks back very proudly on what his team have achieved. And with the hope of one more trophy to come, can they make it an unprecedented quadruple?

“Outstanding achievement from the players already over the course of the season,” Day said. “I have been here 15 years as a player and coach and these are the first provincial cup finals I am involved in (my over 35 Port Moody team were in Saturday’s Masters final) and that tells you it isn’t easy to get there. The consistency the players have shown since I took over the team last year (in the VMSL) is incredible. I believe we have won 41 out of my 43 games in charge to date and the two games we didn’t win, we should have.

“It is not easy to play every week against opponents that view you as their cup final, and so we have had to almost be at our best every week and the boys have been great. We operate like professionals when we train and when we play. We get 20 plus players at training every week and the lads that perhaps don’t start every week contribute as much as the ones who do. The environment has been excellent, and it is why we are where we are, so a massive credit to all the players and staff.

“To win the league by 18 points is a brilliant record, we have scored the most goals, conceded the least, and then had to win the two extra knockout games in the cup finals Vs Abbotsford and the Whitecaps U19’s, so it is also evidence we can handle the more pressured games. There is no additional pressure for us on Sunday to make it four, it is simply how determined are we to do it? We have one more game to try and win one more trophy and if we are good enough on the day to do it, we will. If we win, perhaps after we can talk about what winning all four trophies this year has meant, but we have one more tough opponent to beat to make this happen first.”

Sunday’s final at Swangard kicks off at 3pm and it should be an absolute cracker. Admission is free, but if you can’t get along in person, you can watch the match live on BC Soccer’s YouTube channel HERE.