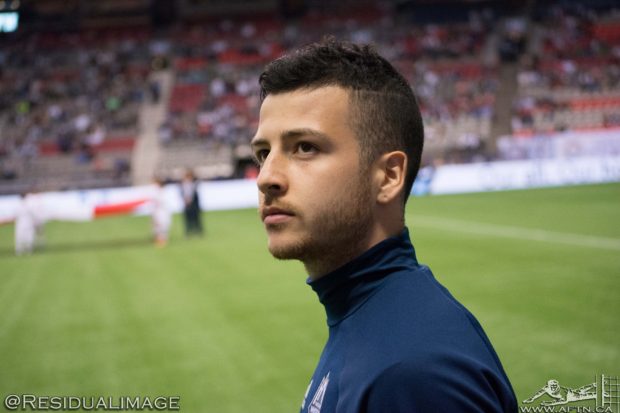 It was a tough season for Marco Bustos. One that’s led to a lot of reflection and an added hunger for the talented young Vancouver Whitecaps midfielder heading into next year.

There were certainly some positives along the way. He made his first MLS start and made three league appearances altogether over the season. Most of his time was spent playing with WFC2 in the USL, where he was tied second in scoring with seven goals and was a key component in the ‘Caps ten-game unbeaten start to the year and their strong end of season run into the playoffs.

But there were times Bustos looked a frustrated figure out on the pitch and his form dipped a little in the summer.

Much of it came from the pressure he puts on himself to perform and his desire to make a regular breakthrough to the Whitecaps first team. Trying too hard? Perhaps, but ultimately, the personal frustration of not being as far along in his footballing journey as he would have liked to be at this stage in his career.

“In the beginning I was doing very well, then the season kind of plateaued for me at stages,” Bustos told AFTN. “Then it was more like an up and down season for me. Lots of learning, lots of learning curves.

“As a young player you want things to happen quick and you want to be in the spotlight, but I think this season was really big for me as another learning curve.”

As much as those MLS opportunities didn’t come, Bustos was a staple of the ‘Caps USL side on the way to their first ever Western Conference final appearance. His performances also caught the eye and he was named 9th in the ULS ’20 Under 20’ series.

But playing with WFC2 has brought its own set of problem for the likes of Bustos. It’s understandably tough to keep your head up at times when you’re playing every week in the USL, seeking to impress to get your MLS chance. Every little setback is magnified in your mind.

“It’s not easy at all,” Bustos admitted. “It’s actually very difficult. I think with the USL team having had the season they did, it’s huge for the club. Even doing it that there’s MLS guys coming down to play and we don’t train with them, and doing it and going to play with guys that you don’t train with is quite big.

“You would think if we all trained together every day maybe we could have won it, you know. Overall I think it was big for the club to get that far with the USL team.”

Bustos’ MLS minutes have been slow in coming. He made his debut towards the end of the 2015 season, coming on for the final 29 minutes of the 2-0 loss in Dallas on October 14th. This year’s three appearances total just 63 minutes with appearances in DC in April, at home to New England in June, and at San Jose in the penultimate game of the season.

The DC game was his first MLS start. It came in a horrendous team performance with the ‘Caps going down 4-0. Bustos was played on the wing and struggled to find his feet. He was taken off at half time.

For all the years we’ve watched Bustos here in Vancouver one thing which is clear is that he is not a winger, but ‘Caps coach Carl Robinson has wanted to take a look at him there in a few games over the season. He’s probably seen enough to know that it’s not an ideal fit, but Bustos is keen to do whatever it takes to not only make that first team breakthrough, but to stay there.

“To get to the top level of my achievements and my success, I need to master that position as well,” Bustos feels. “For me, where I see myself at this club, and where Robbo sees myself here, is predominately as a number 10 of this club. I believe in his process and I believe in the process I’m going to take to get there.” 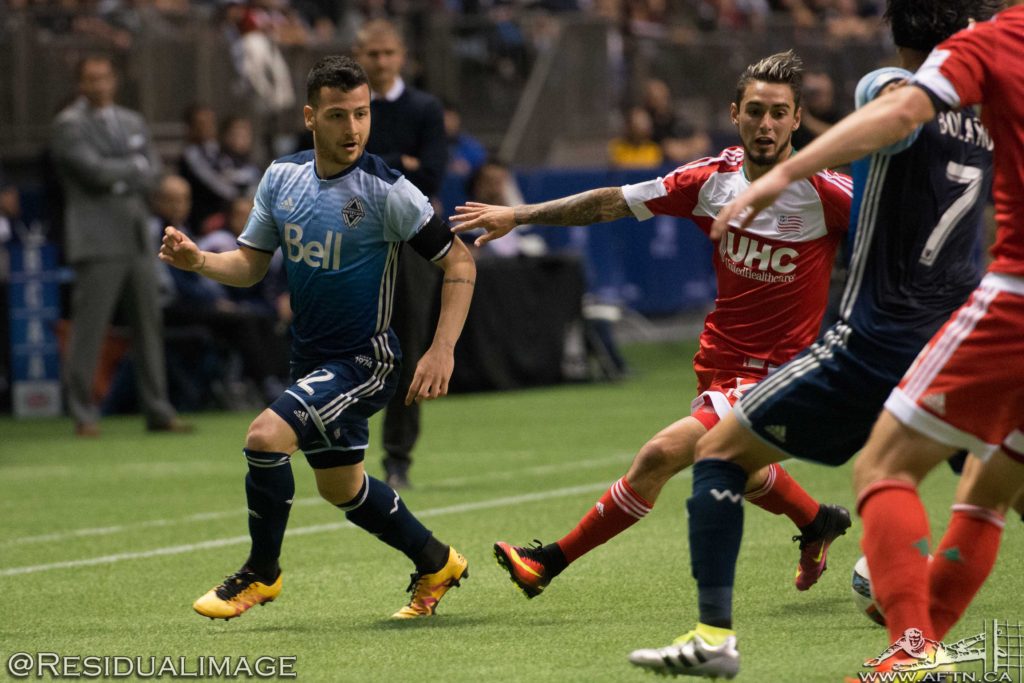 It would have been easy for Bustos’ confidence to be knocked and to wonder just where he currently fits into the Whitecaps’ plans moving forward. Does Robbo rate him? Does he have what it takes right now to be MLS ready?

If Bustos was having any doubts, then Robinson made a big statement in his belief in the player towards the end of the season. The 20-year-old had been away with the Canadian National Team for a couple of friendlies, flying straight to Kansas for WFC2’s Western Conference final against Swope Park Rangers.

Bustos played the full 90 minutes in the 3-0 defeat before getting on a plane and flying to San Jose to play in the ‘Caps MLS game against the Earthquakes the next afternoon, coming on as a late sub. The ‘Caps getting Bustos to do that must give him belief that they have faith in him as player for their future.

With the season now over, Bustos is currently away with the Canadian national team for their friendly in Korea on Friday. After that, there are no immediate plans for Bustos to head overseas for any training stints, but his thoughts are already turning to the offseason, the preseason, and next year’s campaign.

“Right now I’m waiting on the national team,” Bustos told us. “Then I’m going to come back here and leave around the 16th, 17th, to go back home to Winnipeg and do my offseason there and work hard and come back in the best shape possible.”

With a lot of changes in the offing, the Whitecaps midfield could certainly have a different look next season. A number of new additions should be coming in but Bustos is keen to be right in the mix when it comes to who will be filling the starting and gameday spots come March.

“Whoever comes in has got to fight for their spot,” Bustos said. “This gives me a little break now to look back at my season, to look forward to the next and what I’ve got to do better. Next season I have just as much a shot as anyone else in getting in to the team.” 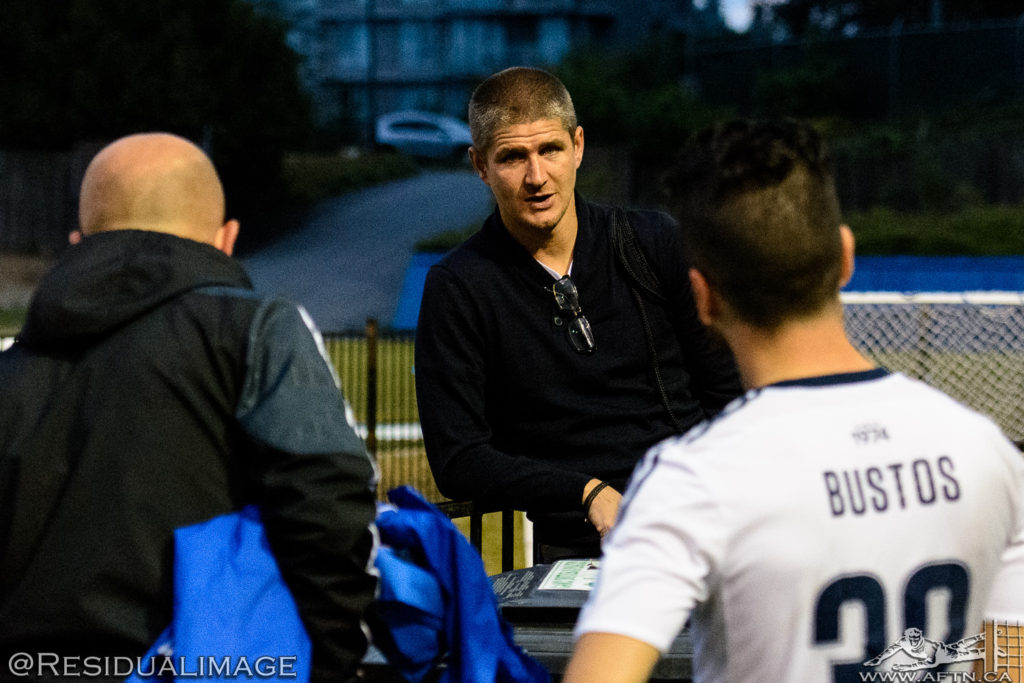