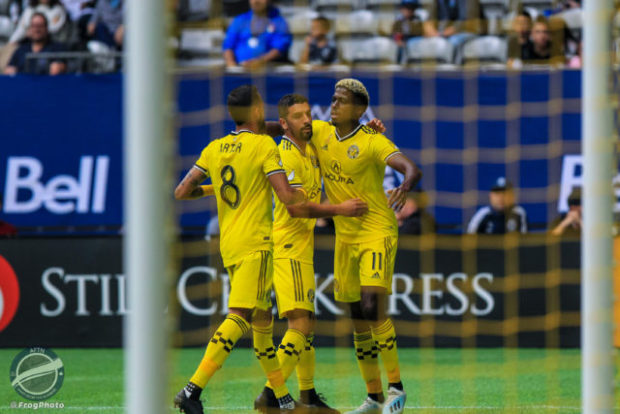 After many months on the sidelines, the Whitecaps are ready to get the 2022 season underway and…what’s that? The first match of the year isn’t at home? Well, that’s quite unusual, isn’t it?

Yes, for the first time in the club’s MLS era (not counting the temporary relocation last year) the ‘Caps will play their first MLS match of the season on the road. The squad has set off to Columbus, and Vanni Sartini and his players will look to prove that the great run of results they went on to close 2021 was not a fluke and can be replicated this year.

Trying to form a sense of continuity is the name of the game for the ‘Caps, as the squad by and large is mostly unchanged from the group that ended last season. It’s a bet on internal growth from a young team as well as that Sartini can drill in a sense of identity and cohesiveness that has often been lacking in recent years.

There are a couple of noticeable absences, however, none more so than the reigning Whitecaps Player of the Year Max Crépeau, who now will don the black and gold of LAFC after being traded to California for a hefty sum. It was a move that sent shockwaves around the ‘Caps fanbase, as Crépeau was truly the one constant for the team – when healthy – the last few seasons.

He’s one of the top goalies in MLS, and the ‘Caps now turn to the much more untested Thomas Hasal to man the sticks this season. Given how often Crépeau came up big to bail out the ‘Caps last year, Hasal has big shoes to fill. Still just 22-years-old, he has a lot of room to grow and will be getting a lot of experience under his belt this season. We’ll just have to hope the process isn’t too rocky.

The one big addition this offseason was Tristan Blackmon, arriving as part of the new VWFC-LAFC talent exchange program. Blackmon appears to fit Sartini’s setup well given his ability to play both as a right-sided centre-back as well as a right-back, and provides needed cover given how the ‘Caps defensive corps (particularly Érik Godoy) have struggled to stay fully fit.

Assuming fitness is not an issue, I would guess that Godoy and Florian Jungwirth would be likely to start on Saturday, along with one of Jake Nerwinski, Ranko Veselinović, or Blackmon in the backline. Cristian Dájome, set to be predominantly a wingback this season according to Sartini, should also figure to start along with either Javain Brown or Cristián Gutiérrez on the outside.

In the middle, the big name to watch for this season in my eyes is Caio Alexandre. He showed definite flashes in the early season under Marc Dos Santos, and then never got the chance to play under Sartini in 2021 due to injury. Fresh off sorting out some visa issues he should be a key player for the ‘Caps this season, and a likely everyday starter when fully up to speed alongside either Russell Teibert or Leo Owusu.

But he’s not quite there yet so at least one of the latter two should see the start in this one, with new signing Sebastian Berhalter or Pedro Vite a possibility in a DM role. Owusu would seem to be the shoe-in.

Up front, the trio of Ryan Gauld, Déiber Caicedo, and Brian White should all see plenty of time this season. Gauld and White especially formed a fantastic partnership in the final months of 2021, with the one concern for this weekend being that White picked up a knock in training before flying out to Ohio. Should he not be ready to go then the oft-maligned Lucas Cavallini will draw in, and we’ll see if a full training camp with Gauld was enough to build up some chemistry between them. 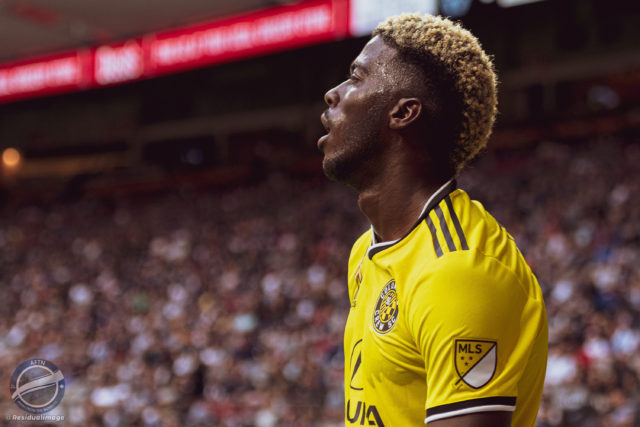 Looking at the hosts, the Crew finished 2021 9th in the East with a record of 13-13-8, along with a +1 goal difference that demonstrates how perfectly okay they were overall. Attacking midfielder Lucas Zelarayan remains the man to watch after he recorded 12 goals and four assists in 2021, leading the line along with Gyasi Zardes.

These two teams have not played each other since September of 2019, a match that saw players such as Yordy Reyna, In-Beom Hwang, Doneil Henry and Zac MacMath start for the ‘Caps. Columbus has surprisingly been a historic stomping ground for Vanccouver, who have won in each of their last four trips to Ohio, dating all the way back to 2012.

2022 stands to be either a continuation of a new era of sorts for the Whitecaps, or it could prove to be a stumble back down to closer to where the club was before. As someone who always wants to see things optimistically, I will have my hopes it’s much more of the former. Of course, a single match isn’t going to determine the entire season, but coming out and setting a tone in this one would be a fantastic way to set up the home opener afterwards against the defending MLS champs.