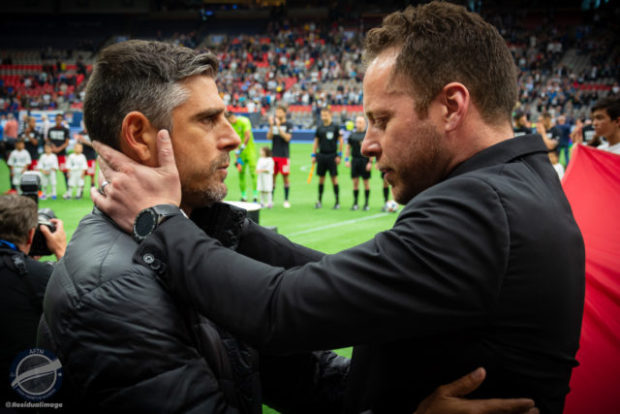 The losing streak is over! Unfortunately, the winless streak remains and the Whitecaps are still under a point per game on the season, now firmly adrift at the bottom of the Western Conference. Up next, a clash with the also languishing FC Dallas. Surely this is a prime opportunity to win, right?

Feeling assured about anything ‘Caps-related at the moment is difficult. There have been heavy rumours linking the club with a new number 10 of the Scottish persuasion, but there’s no one walking through the door this weekend and even a golden lifeboat can’t help if no one can swim on their own a little.

The fact that a 2-2 draw in Seattle last Saturday was the ‘Caps’ best result in close to two months is pretty telling. Of course, taking a point from the still-undefeated Sounders is good on paper, but it feels like a hollow achievement coming on the back of such a long losing skid. There’s only so many times that the broadcast can use the term “moral victory” before it becomes quite grating.

Marc Dos Santos returned to the 4-3-3 to begin the match against Seattle, though Janio Bikel, to that point ever-present in the midfield this year, dropped to right-back to cover for the fact that all three natural right-backs on the roster are hurt with Javain Brown the latest name on the shelf.

Given that it was in emergency duty, Bikel filled the role quite adequately. This meant that the three-man midfield was the trio of Caio Alexandre, Michael Baldisimo, and Russell Teibert, a group that is likely to continue to start together if none of the regular fullbacks are ready for Sunday. That is, of course, assuming Baldisimo is fit to play (he was listed as questionable on Thursday).

Really, it would not be surprising if Dos Santos rolled with the exact same starting XI as last time out. Maxime Crépeau, Cristián Gutiérrez, Lucas Cavallini (with one off the bench after returning from Canada duty), and Cristian Dájome have also been ever-presents this season. Déiber Caicedo fits the 4-3-3 system with Cavallini much better than Brian White. And with Bikel at the back the only potentially likely option to slide into the midfield is Leo Owusu.

That leaves the centre-back pairing, which has been Érik Godoy and Andy Rose for the last three matches. Given how poorly the season has gone, and where the ‘Caps are in the standings, it’s honestly disappointing how sparingly both Ranko Veselinović and Derek Cornelius have featured as of late – neither has started since May 18th against SKC.

Of course, neither of them have set the world on fire when they have played this year, but it’s not like many people have on this team and if you’re gonna lose it makes sense to see what one of your two younger defenders can do rather than the older veteran who has already begun the slow transition to an off-the-field role.

But given how desperately the ‘Caps must be looking to cling to any sort of positive results, a copy or near copy of last week’s XI seems likely. It’s not the most exciting thing in the world, but there’s not much they could throw out there that would be at the moment.

Looking at the hosts, Dallas is coming off a big 2-1 win over New England last Sunday, a victory that snapped a long winless run of their own (six matches). They sit on 10 points from their first 10 matches, tied with San Jose for second-worst in the West, only ahead of – you guessed it – the ‘Caps. 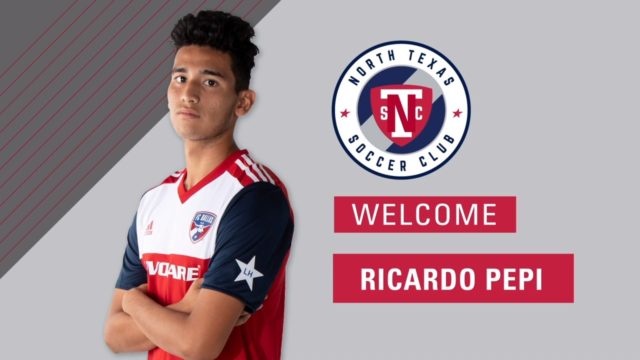 The biggest bright spot for the Texan outfit is the play of Ricardo Pepi, an 18-year-old American attacker who has scored three goals in his last three matches (including both against the Revolution). That now takes him to first on the team with four goals on the season, with no one else scoring more than two.

This is the first meeting between these two sides in just over two years. That last match was a 2-2 draw in Dallas in June 2019, where a Lucas Venuto extra-time goal stole a point for the ‘Caps. Only two ‘Caps who started that match (Godoy and Rose) are still on the team now – though that’s not counting Ali Adnan who is still stuck outside the US. Six Dallas players who started that match are still on the team, two of which (Ryan Hollingshead and Jesus Ferreira) also started their match last weekend.

The Whitecaps do have a solid recent record against Dallas, only losing to them once since 2016 (2-1-3 overall), though they have traditionally struggled when playing in Texas, and all of Dallas’ points have come at home this season. The ‘Caps will not have many chances to play teams struggling to a similar degree to them, so they have to make this one count. Otherwise, even just climbing out of last place could become its own sizable hurdle.