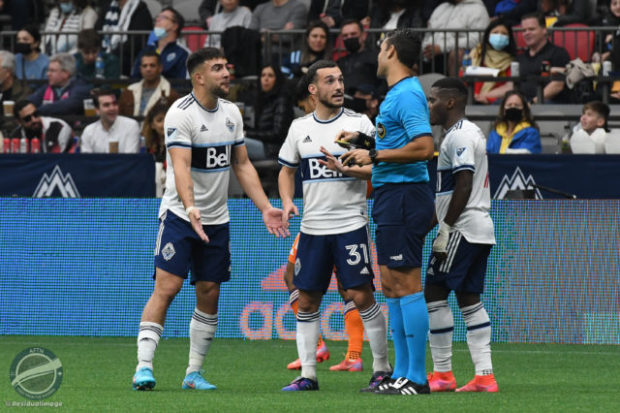 Two matches, one point, zero goals. That’s where the Whitecaps stand heading into Week 3, with a clash against the likely-improved-but-still-not-a-powerhouse Houston on the docket Saturday afternoon. Yes, another afternoon game, quite the adjustment from past years.

The biggest storyline coming into this match is how the ‘Caps have been firing blanks on the offensive end through the first 180 minutes of play. There were brief flashes in the home opener, but the ‘Caps were not dominant by any means and the visitors did have the better chances overall.

There has been a lack of cohesion in the attacking third to this point, with the feeling at times that the only plan is to pump the ball up to one of the front three and hope that they can do something with it. The two Cristians, Gutiérrez and Dajome, were able to get involved sometimes (with Gutiérrez perhaps the closest of any ‘Cap to scoring against NYCFC) but there wasn’t a sense of controlled play for the most part.

The change to the lineup that’s most likely to happen this Saturday is the insertion of Brian White back into the starting XI. He didn’t make much of an impression in his substitute appearance last weekend, but given his form last season and the fact that it was his first action of 2022 he’ll have more of a leash to get himself involved in the early going here. If fully fit.

The question is whether it will be Lucas Cavallini or Déiber Caicedo who makes way for White. On the surface it seems like White for Cavallini is more of a natural like-for-like swap, but Sartini did say after the NYCFC match that he would have kept the two big number 9s out there together longer if Cavallini hadn’t picked up his standard booking earlier in the match. 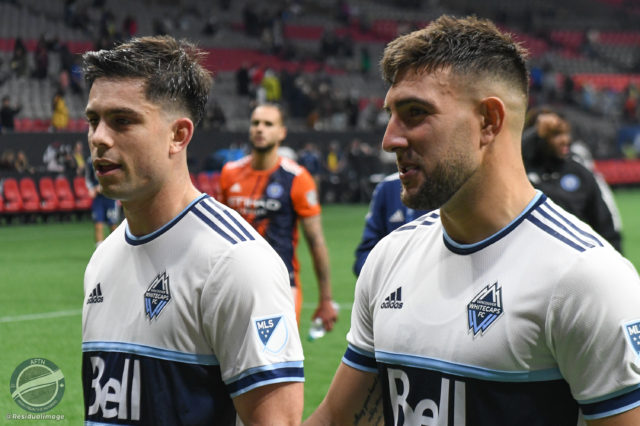 Playing both White and Cavallini up front together provides multiple big targets to aim for when looking to play more direct, which fits with what the ‘Caps have tried to do through the first couple weeks of the season. The midfield pair in the centre of the park (whether it’s Russell Teibert, Leonard Owusu, Sebastian Berhalter, or Michael Baldisimo) haven’t figured as much into buildup play.

They’re often bypassed, as the ‘Caps throughout their MLS history have traditionally lacked that star number six or eight who can truly put their stamp on the ball and control the flow of the game. Although Owusu had his moments at times last weekend, both he and Teibert often felt like they were just there, and that’s a common theme. Axel Schuster has said they’re looking to bring in another number six, and that’s the position I’d be looking to spend big bucks on next for this team.

At the back, Tristan Blackmon looks like he’s started to settle in as he put in a MOTM-worthy performance along the backline (although perhaps a little overshadowed by Thomas Hasal pulling out a couple clutch saves). It’ll be interesting to see if Vanni Sartini immediately puts Jake Nerwinski back into the XI, likely in place of Florian Jungwirth. The German was definitely shaky with the ball at his feet last weekend, but helped provide more stability defensively and the ‘Caps as a whole were clearly more solid on that end compared to the match in Ohio.

Looking at the hosts, the Dynamo are also 0-1-1 and also have not yet scored a goal this year! They opened with a 0-0 home draw against RSL before falling 1-0 on the road in Kansas City last weekend. In that home opener Houston held over 60% possession, and given how the ‘Caps played against NYCFC you’d expect there to be similar numbers on Saturday.

The Dynamo have a new owner and changes in the front office, looking to revamp their roster. The biggest splash was the signing of Mexican national team captain Hector Herrera, although he won’t arrive until the summer. In the meantime, MLS vets Steve Clark and Daniel Steres were brought in to help shore up the defence, while Houston broke their club transfer record in January to sign Paraguayan forward Sebastian Ferreira.,br>

It’s not been a picture perfect start to the season for the Whitecaps, but after the disaster of the opener last weekend provided some more solidity. We’ll see if that upward trend continues on Saturday.