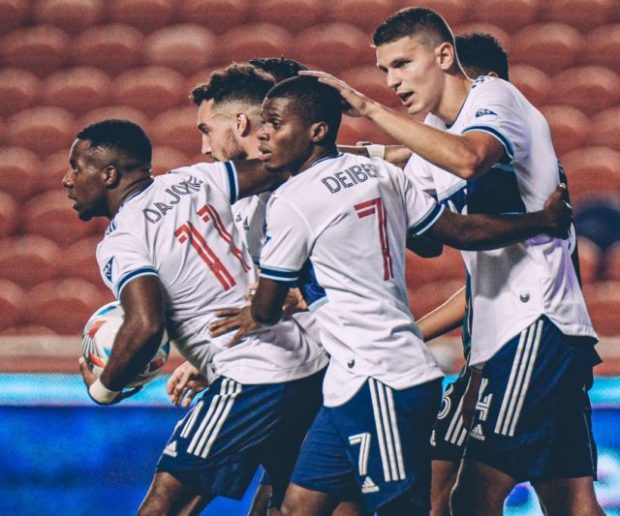 The good news: the Whitecaps are on a four-match unbeaten streak. This is actually the longest unbeaten run the ‘Caps have had in over two years (in 2019 they went six straight without a loss).

The bad news: this current run includes only one win, and they’re still last place in the Western Conference. The fact that you can say they’re on one of their best runs in two years and are still in the basement is not ideal in the slightest, and it’s likely that the idea of a real playoff push is futile.

Of course, that’s not to say that there’s nothing to play for, not at all. There’s still slight odds that things could be turned around with a strong run here in the late summer and early fall, and there’s at least the Canadian Championship to focus on. On top of this, building any sort of identity and momentum going into the offseason would be great to see.

A key piece to that will be Ryan Gauld, the long-awaited and finally announced new signing. He’s the high-profile number 10 that the fanbase and team on the pitch have been crying out for so long for, and I’m sure most people are quite anxious to see him make his debut.

Will that come against the Galaxy? If it does, it certainly won’t be as a starter you’d have to imagine. He’s not played a match for close to three months, so he’ll have to be eased into things a little. Hopefully he can come off the bench though and Marc Dos Santos confirmed to media on Friday that he will be at least travelling down to LA for this one.

The ‘Caps might truly need Gauld to be a spark from the bench in some sort of capacity, as they’ll be lighter than usual on creativity (and there’s not an overflowing amount there to begin with). Michael Baldisimo is suspended, and on top of that both Cristian Dájome and Cristian Gutierrez are out hurt – Dajome from winning a last ditch penalty last week and Gutierrez from training on Wednesday.

Neither one of the latter two sound like they have long-term ailments, which is good because they are two of the ‘Caps most important players. With Dájome out Ryan Raposo seems like the most logical player to insert, while the midfield trio should be Janio Bikel, Russell Teibert, and Caio Alexandre.

The defence is where things get trickier, as Gutierrez is the only natural left-back on the roster. This will likely push one of the right-backs (either Javain Brown or Bruno Gaspar) over to their opposite flank for this match. If Gutierrez is forced into any sort of extended absence that could cause real problems as the MLS transfer window is now closed.

Speaking of the transfer window, one late addition that was made was Florian Jungwirth from San Jose. Capable of playing both centre-back and defensive mid, he should be a solid depth piece for the rest of the season. Unlike Gauld he’s also at mid-season match fitness level so should be able to easily slot into the line-up much quicker and could feature against the Galaxy right away.

The question is whether he’ll be a regular starter. The combo of Érik Godoy and Ranko Veselinović has been solid the last few outings so there’s not an obvious need for Jungwirth to become an everyday starter, but he’ll surely see some time for one of those two at some point.

Finally, this weekend marks the return of Maxime Crépeau and Lucas Cavallini to the line-up after their time at the Gold Cup. They’ll both surely slide back into the starting XI as while Thomas Hasal and Brian White have been decent (the former probably more so), they haven’t lit the world on fire enough to seriously call into question the starting positions of the two internationals as of yet.

The ‘Caps and the Galaxy played each other just a few weeks ago, a 2-1 Vancouver win that began their current unbeaten run. The LA outfit is 2-1-1 since then, with a 4-1 win over Portland complemented by a 4-0 loss at the hands of Dallas. The Galaxy have been dominant at home this year with a record of 7-2, while the ‘Caps are yet to record an away win.

However, the ‘Caps have actually held a solid record at Dignity Health Sports Park in recent years. Since 2015 they are 4-3-1 on the road against the Galaxy, including wins in two of their last three trips. This is the third and final meeting between these two clubs in 2021, with both holding a 2-1 win in the season series so far.

The Whitecaps are almost set to return to BC Place! That will be in just two weeks, but first they have three road tests to deal with. This stretch will determine whether they come home with any possible shot at making a late playoff push, or whether they’ll be playing with much more of an eye on next season.