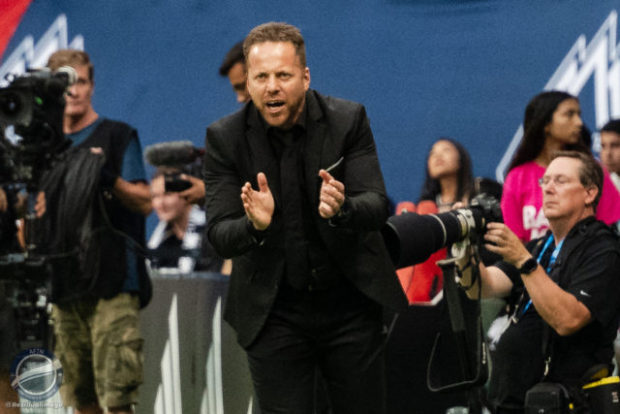 Vancouver Whitecaps head into their match with the LA Galaxy tonight after one of their most positive weeks of the season.

They fought back to grab a point at the death against Minnesota United last weekend, a result that saw them extend their unbeaten run to four matches, and make it just one loss in their last seven games. They unveiled their new Scottish playmaker Ryan Gauld at a press conference on Tuesday and added to that with the announcement of Ecuadorian midfielder Pedro Vite two days later and trading for veteran centre back Florian Jungwirth from San Jose as the transfer window closed.

All in all, a pretty good week for the ‘Caps.

But in amongst all that positivity, midweek results elsewhere saw the Whitecaps fall to the bottom of the Western Conference standings, albeit still just six points out of the playoff places, as they get set to embark on a tough three games spell on the road.

Tonight’s game against the Galaxy will mark the midway point of the MLS season for the ‘Caps. While a quick glance at the table may make for dire reading right now, the reality of a tighter than tight Western Conference is that string a few wins together and you will be climbing up the standings in no time. Lose a few and you can be in real trouble.

With the Whitecaps playing nine of their last 15 matches at home in Vancouver, head coach Marc Dos Santos is very much hoping for the former.

“We had this talk with the players,” Dos Santos told AFTN on a media call on Friday. “We don’t look at where we are in the standings. What we look at is how many points it takes to get there, and it’s been crazy. A lot of draws, a lot of parity. First could lose against last, last could win against second, everything is so dynamic. Every week there’s a change in the standings there.

“So we have to make sure that we stay in the fight in the next three games. These next three games are important for us. They’re on the road and we have to get points. What I expect is that it continues to be tight until the end, because knowing the teams in our division, it’s so close, and if you look at the Galaxy now sitting in third place, we’ve played them twice and in the two games, we never felt inferior.

“We know the qualities they have. We know the team they are. We know it’s a different scenario to go to LA and play in their house, but we also know the tools we have and what we need to do to get points. We have to play the game with the blueprint that we played in Seattle and LA against LAFC. That is the type of game that will allow us to go to the Galaxy and get points.” 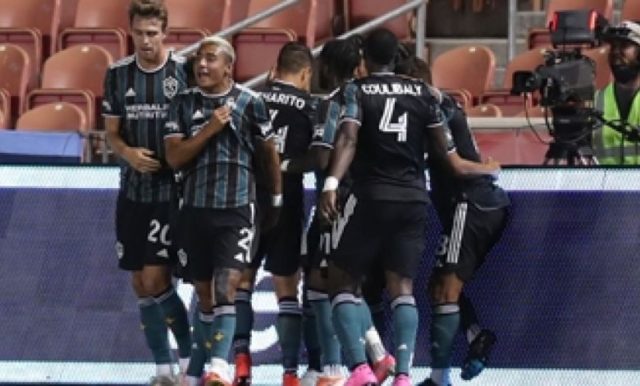 The two teams have swapped 2-1 scorelines in their meetings so far this season. Vancouver could have easily had at least four points from those matches, and their performance in LA earlier this year, coupled with their battling performances in Seattle, Dallas, and LAFC, has seen them play well and take points on the road, although they are still looking for their first official away win of the season.

But the Whitecaps have been a different looking beast on the road this season in the way they play. Aggressive when they can, often playing on the front foot, not sitting back to try and get a point, and certainly not put off with hostile home crowds against them.

Being away from Vancouver for so long in Utah will have build up a lot of that mentality. This is a Whitecaps team that seems to be playing without fear on the road, and after some horrorshow performances last year, it’s been very pleasing to see.

“And we’ll go to LA, I promise you, without fear,” Dos Santos continued. “We’ll press in the right moments. We’re going to be a team that wants to win and what happens is that now that the roster is together, again I’ve touched on it during the year about how frustrating it was to work with a roster in pieces. Slowly we’re getting more and more about what we want to be about as a team.

“We want to be a team that doesn’t go on the road to defend and be happy with a draw. We were in the locker room after the 2-2 against Seattle and it wasn’t a party mode. It wasn’t a party mode in LA and Dallas. It was actually a locker room that was upset at not getting the full three points and that’s the culture we have to develop here.

“But it’s not easy to develop that. It takes trust. It takes time. It takes work and it takes having the pieces together and always working about what we want to be about. But I have no doubt that we’re going to go to LA with the mindset of no fear and in trying to win the game.”