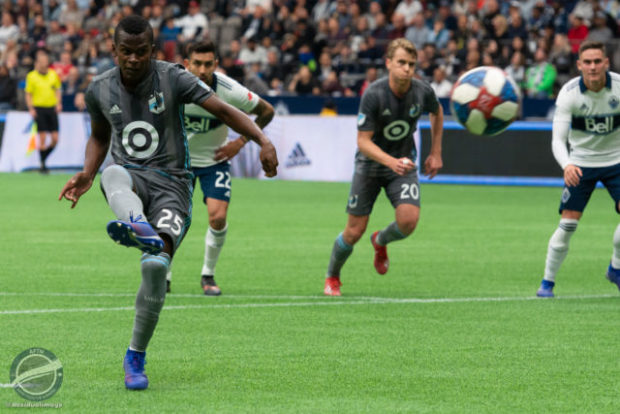 Well, the Whitecaps’ 2019 season is over. With an early exit from the Canadian Championship and a last-place finish in the MLS Western Conference, the ‘Caps must now look to the offseason to rebuild the rebuild as it were, and find some way to sell next year as something to look forward to.

Wait, hold on a second – checks notes – you’re telling me there’s another 11 matches left? The season’s not actually over until October? Damn, what the heck am I going to write about until then?

All dramatic pontificating aside, there are still another two-and-a-bit months of soccer left for the ‘Caps. Of course, they still technically have a shot at making the playoffs, but that would most likely require around eight more wins, or double the amount they currently have all season.

So, for all intents and purposes, the next 11 matches will be a post-mortem of sorts, playing out the string on a season that has been nothing short of a complete failure. Marc Dos Santos and the players know it, the fans know it, the organization as a whole hopefully knows it. Will we see any major changes because of this? Who knows? It’s hard to see how much worse things could get, though I’m sure they could still get much worse. This is the Whitecaps we’re talking about after all.

At this point, the book is not only out on the ‘Caps, but it’s a New York Times bestseller and has been featured on multiple daytime talk shows. They can’t score – or really do anything positive on the attack – anywhere close to consistently, and the defence, which was the reason they picked up some points early on in the year, has fallen off a cliff, and that’s really the thing that worries me the most.

It’s one thing for the offence to look bad all season. But the ‘Caps looked like they actually had something going defensively for a bit, and these last few weeks it’s the same players who were holding down the fort for those few wins that are now shipping multiple goals a game and looking like a traffic cone on a freeway.

That includes the two goals given up against Cavalry: a defensive blunder from ironman Érik Godoy on the first, and a clean header given up from the six-yard box off a corner for the second. Both of them backbreakers, both of them coolly finished by a team made up of players with much less pedigree than the ‘Caps starters, who despite that supposed deficit walked into BC Place with confidence and played them off the field.

For whatever reason (and for probably more than one), it doesn’t matter the collection of players the ‘Caps send out onto the pitch, all of them are being thoroughly outplayed. Cavalry FC, San Jose, New England, Sporting KC, LAFC, the list goes on…all of them look more cohesive than the ‘Caps, and all of them have no problem bending the game to their will against them. The ‘Caps, for all the matches this group has played together, look more like a team playing their first game than they did in their first game.

So, what is there to look forward to these last 11 matches? One would assume that some of the younger players on the squad would get a look in at some point, but Dos Santos apparently feels that aside from Theo Bair, the ‘Caps’ homegrown players are not ready for the first team, even as that first team flounders in the dirt. That is very concerning to hear, as if they aren’t deemed ready to make even a substitute appearance for possibly the worst team in MLS, and with nothing to play for at this point, are they ever going to able to? 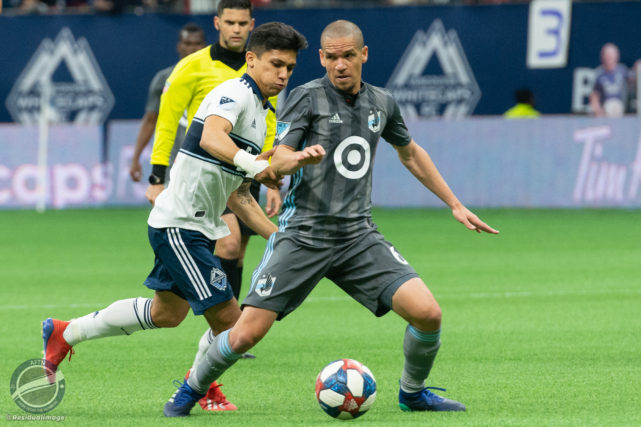 That also means that it’s going to be more or less the exact same group of players for this final stretch, which is far from inspiring. The ‘Caps are winless in their last ten matches in all competitions, and have been outscored 19-3 in their last seven. Despite that, there are no strong rumours of any potential signings, and it seems there won’t be a noticeable injection of change from within the ranks. The overall situation is pretty bleak, and it’s easy to picture this team finishing below the 2011 squad in terms of points.

I haven’t even mentioned the ‘Caps opponent for this weekend yet, which is Minnesota United. The Loons will welcome the ‘Caps with open arms, licking their lips at the prospect of another win at the newly opened Allianz Arena, where they have played very well to this point (6-1-3 at home).

The sometimes maligned “three-year plan” bandied about by Minnesota’s organization seems to be coming to fruition, as after two tough seasons they sit tied with San Jose for 4th in the West, and have won seven of their last eight in all competitions.

Darwin Quintero remains the danger man up front with seven goals in MLS play, while Jan Gregus leads the team with eight assists from midfield. The biggest reason for their turnaround this year, however, is their defence. After posting a bottom-three (league-wide) defence in both 2017 and 2018, the Loons currently sit a respectable 5th in the West in goals against.

What is there to look forward to this Saturday? To be honest, I’m not really sure. The Whitecaps could lose every match the rest of this season and I wouldn’t be too shocked given the way they’re playing right now. I hope to high heaven that that doesn’t happen, but at this point I don’t think anything can be done to save this season from being a catastrophic embarrassment.

That last sentence sucked to type out, but there’s no other way to put it.