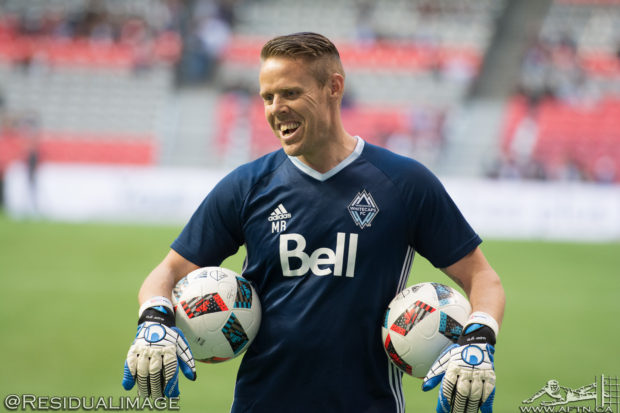 It’s MLS Rivalry week, and what better way for the Whitecaps to celebrate than to go to their greatest rival! A team they have never played. Minnesota United. At least there’s Marius Røvde. But let’s end the sarcasm and move onto the game.

The Whitecaps have been doing fairly well of late, but the summer will show whether this team will be a playoff contender team or if they will be a mediocre side hovering around the red line. Yes, they have had injuries, but a team in MLS is defined by the depth it has and its ability to get results when they should win.

Although Minnesota had a rough start to their first ever MLS campaign, recently they have been doing very well, with all five of their league wins coming at home. The ‘Caps should still be looking to win this game. It’s definitely a road match they can win. Their form away from home has not been the best, with two wins and four defeats from their six matches this season, and if they want to show they are a contender for the playoffs in the West, they will need to get some wins.

The Whitecaps have been able to hold down the fort recently with the 4-1-4-1. The backline has been doing well and it would be a big surprise to see a change to the defence that drew 1-1 with Dallas last weekend, due to available personnel.

Jake Nerwinski had a good showing against Dallas after being forced into action with the suspension of Sheanon Williams by MLS following his recent arrest. Williams is still suspended, so Nerwinski needs to continue to step in and fill the void. He did well against the Dallas wingers and only seemed to misread a few plays. Things he can understand with more practice.

Andrew Jacobson would seem the most likely to deputise for the injured Kendall Waston again, with the big Costa Rican undergoing hand surgery and absent till mid to late July. Waston’s aerial threat will be missed. He’s always a great target for our set piece plays, with eight of the ‘Caps 19 goals coming that way. We are the West Brom of MLS it seems. I am okay with that.

Matias Laba has been the defensive shield and midfield rock of the back four. I look for him to continue in that position and he will have to be at his best against Minnesota’s dangerous attackers.

The middle of the field will likely see Cristian Techera, Russell Teibert, Tony Tchani, and Brek Shea. Tchani has been good getting forward but failed to pick a pass in the attacking half against Dallas and his overall delivery was woeful. I worry about his technical ability. That’s more Techera’s speciality and hopefully he can take more left footed free kicks.

It would be nice to see Davies in there, after adding a spark last week when playing a more central role. That would require Tchani or Teibert to drop to the bench, which could be a risk against some in-form United attackers.

Fredy Montero continues to be isolated up top. Although he has been making runs, we don’t have the precision passing needed to see him turn them into goals. Honestly, I would not mind seeing him being switched out for Shea, who could at least act like a target man.

This would be another way to get Davies into the line up, although perhaps Shea could act as a wide target man. We need to play more to Montero’s feet and have the midfielders join up and support him. Otherwise he is just going to continue to be on an island too much.

Minnesota may have some rotation having played a game just three days before, with the bulk of their key players going the full 90 minutes. They are an expansion team and don’t seem to have the depth of other squads yet, but they will have tired legs out there. Either way the ‘Caps will need to take advantage of that. Their fullbacks don’t press forward, so hopefully Vancouver can use that, then make sure their good forwards can’t generate much due to the lack of support.

Will Minnesota rotate their squad?

Will the ‘Caps be able to get another road win after a long stretch at home?

Kevin Molino – he is a dangerous attacking midfielder, can pick a pass, has a good shot and his movement brings defenders out of position. With five goals and four assists on the year, the ‘Caps need to have him under close watch.

Nick: 2-2 tie. Minny is getting tighter at their place and Whitecaps seem to underperform against teams they should win against once again this year.