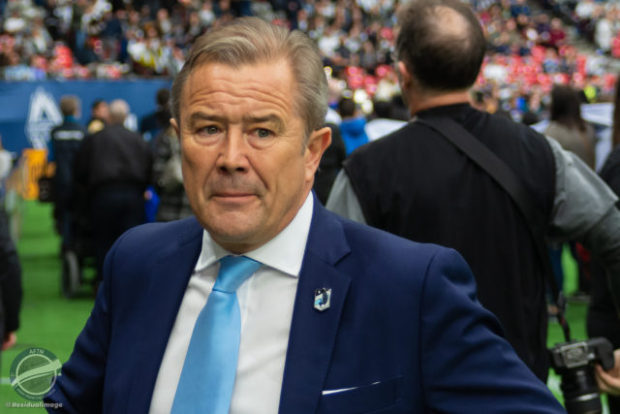 With seven points from their first four matches, the Whitecaps have gotten off to their best-ever start under Marc Dos Santos, and have matched their best start to a season since 2015. They’ve conceded the fewest goals in the Western Conference, and now face off with an 0-4 Minnesota side that is the only team in MLS to not yet record a point.

Does that sound weirdly positive? I mean sure, through four matches there has still not been an open play goal, but there are worse things that they could be grappling with. I mean, just last year it took them ten matches to get to seven points…

This week will be a different test, as the ‘Caps play their first midweek match of the season on Wednesday, before playing again Sunday afternoon, both of them on the road. As mentioned, the opposition for Wednesday have not been playing great soccer, but the scheduling adds onto the difficulty.

This is especially the case because the Whitecaps’ line-up through the first four weeks has been extremely consistent. Ten players have started every match, with the only two that have swapped for each other being Caio Alexandre and Michael Baldisimo. With the win over Montreal beginning a stretch of three matches in nine days, you’d have to imagine that there will be more changes soon, and the question is when will they happen?

Will Dos Santos see a game against – on paper – weaker opposition as the best time to rotate the line-up? Or will he see this as a time to put out his best XI to take advantage of a perhaps easier opportunity to go for a win? Of course, there’s likely no such thing as an “easy win” unless you’re an elite team, which the ‘Caps… are not.

Does Baldisimo come in as the deep-lying playmaker to push Alexandre further up the field again? Does Owusu come in for Bikel, or as a partner for him? Does Russell Teibert start out wide again, or do they bring in one of the more central players and try out a 4-3-3?

Up front seems to be a little more straightforward, as outside of rest I can’t imagine either of Cristian Dájome or Lucas Cavallini being dropped from the line-up. Theo Bair or Tosaint Ricketts would be the most like-for-like replacements for one of them, while Ryan Raposo would be the most natural option to replace Déiber Caicedo. However, given the last match Dos Santos might want to keep all three of them in the line-up regardless of the timing. 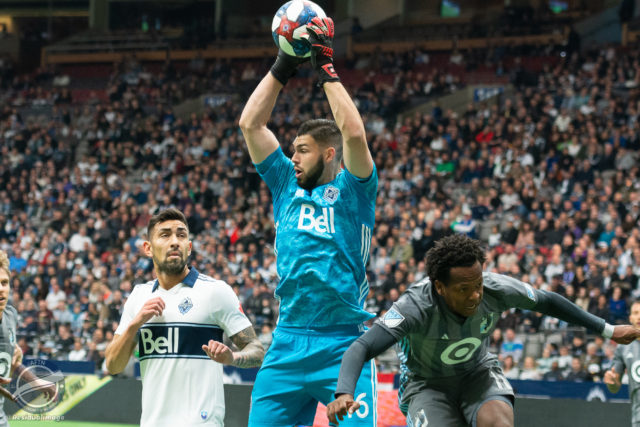 Given how stationary the line-ups have been so far this season, it’s hard to tell what Dos Santos will prefer when he’s forced to juggle things a bit. We’re still very early, and he’s been very conservative so far, even when it comes to making substitutions. Through the first four matches there have been only four total substitutions made before the 75th minute, and despite being allowed five per match Dos Santos has been happy to leave one or two on the table every time out.

Looking at the opposition, Minnesota comes into Wednesday having scored just three goals and conceded 10. Their most recent match was on the road against Colorado on the weekend, where they took a 2-0 lead early, before then conceding three times in the second half to earn their fourth straight loss to begin the year.

Not many of their stats paint a pretty picture. They’ve had 61 shot attempts this season, but only 12 of them have been on target, the lowest accuracy percentage in the league. They’ve allowed 21 shots on target against, and their opponents have scored on 10 of them, the third-worst percentage in the league. And their -7 goal-difference doesn’t look much better in their underlying numbers, as their expected goal differential from StatsBomb is still just over -5.

To put it simply, the Whitecaps are going up against a team that has been very poor to start the season. The ‘Caps have not looked like a juggernaut themselves, but they’ve been able to grind out some results so far. That’s definitely a step up from the past couple years on its own, and if they are to truly turn a corner in 2021, this is the type of match they absolutely have to get another good result from. Can they do it?