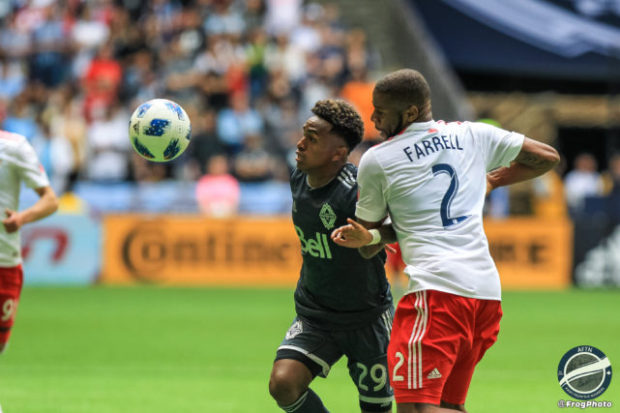 It’s now official: as things stand, Vancouver Whitecaps are the worst team in the Western Conference. The loss to SKC on Saturday combined with Colorado managing to grab a point off Portland means the ‘Caps are dead-last in the West in PPG, wins, goals for, and goal difference.

The ‘Caps have been outscored 10-1 in their last three MLS games, with the goalless draw to Cavalry FC sandwiched in the middle. And the losses aren’t because they’ve been unlucky: the ‘Caps have been completely dominated the last couple weeks. Even just a cursory look at the statistics paints a very bleak picture.

Here is how the ‘Caps fared in three major categories in their three matches against Western Conference rivals Seattle, LAFC, and SKC:

Now, possession is not an automatic determiner of good play, and it’s possible to win consistently with possession numbers in the low 40s, but those shot counts are ghastly. The ‘Caps have given up 20+ shot attempts in four straight MLS matches, and in five of their last seven. Unsurprisingly, they are 1-4-2 over this stretch, and have played some of their ugliest soccer of the season.

Part of the reason for this dip in form has been the mostly-disastrous switch to a three-at-the-back formation, detailed here in an excellent article from @btsvancity. Over their last eight matches the ‘Caps have conceded 2.25 goals per game, which would be the worst mark in MLS history if maintained for a full season.

Meanwhile, the ‘Caps have scored a paltry 1.05 goals per game this season, and are on pace to score 35 for the year, which would be the same as the club’s 2011 expansion season and tied with the 2013 and 2014 San Jose teams for the 9th-worst single-season MLS mark this decade. To put it simply, the ‘Caps have been extraordinarily poor at putting the ball in the net this year, and have compounded their troubles by also playing historically-bad defence in recent weeks.,br>

The ‘Caps have to change something up, and the easiest game-to-game shift to make is the formation. A return to the 4-3-3 against New England seems like the most obvious short-term move, as they at least defended well in that formation earlier in the season (absolutely nothing has led to consistent goals, sadly), and a compressed schedule means a lot less time to try and implement sweeping changes.

Perhaps uncoincidentally, the one match within the last two months where the ‘Caps played legitimately good, exciting soccer for most of the night, was the 2-2 home draw against Colorado a little under a month ago; the only time they’ve played the 4-3-3 since mid-May.

Even if they do switch back to the 4-3-3, a problem the ‘Caps will face in trying to recreate the play they had against the Rapids is that their best player on that night, Ali Adnan, is suspended against New England due to yellow-card accumulation. This means we will likely see Brett Levis draw in to replace him, which is an obvious downgrade (sorry Brett), or possibly PC if MDS sticks with the three at the back. 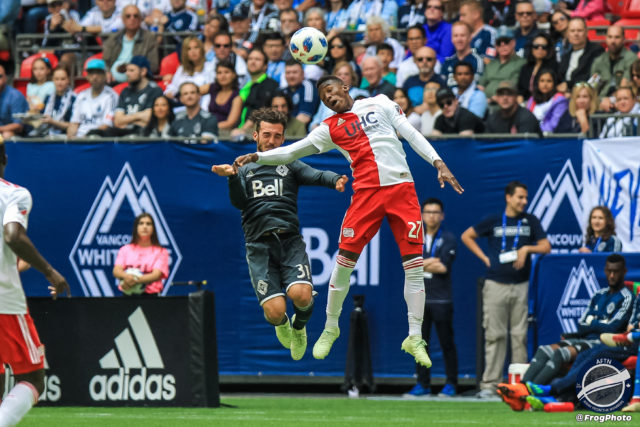 Everyone else is available for selection though, including Lass Bangoura, who has returned after Guinea bowed out to eventual finalists Algeria in the round of the 16 of the Africa Cup of Nations. A 4-3-3 suits both he and Lucas Venuto more than the 3-5-2, though one of them will more than likely sit in favour of Yordy Reyna.

Fredy Montero will be well rested after a suspension of his own, and Marc Dos Santos’ decision to start Theo Bair over Joaquín Ardaiz on the weekend was a clear message that the Uruguayan does not currently figure into his plans. But he also indicated that Bair had earned his start whether Montero had been suspended or not, so the question now is, does the Colombian even figure into these long term plans?

We also now have a goalkeeping duel on our hands, as Zac MacMath was a handed a somewhat surprising start over Max Crépeau against SKC. MacMath hasn’t been awful when called upon, but he hasn’t exactly wowed either. Crépeau’s triumphant return to the team against LAFC was obviously one to forget, but given his play earlier in the season I’d say he still has the edge for the number one spot, with MDS indicating after Saturday’s loss that the switch was primarily to get MacMath some playing time and Crepeau some rest ahead of the latter embarking on a long stretch of games.

Looking at the visitors, New England are only 9th in the East but they are unbeaten in their last eight matches, with four wins and four draws. New head coach/sporting director Bruce Arena has begun to remold the club in earnest, and the ‘Caps will be the team that faces new multi-million-dollar acquisition Gustavo Bou for the first time. The 29-year-old Argentine forward has arrived from Liga MX after recording 21 goals and 14 assists in 55 appearances for Tijuana.

Bou will join forces with New England’s other star, Carles Gil, who leads the team in both goals (6) and assists (5). The Revolution also have a clean bill of health, as centre-back Michael Mancienne is back in training after missing the last two months due to injury.

The Whitecaps might have already passed the point of no return for this season, which is beyond disappointing. The prospect of the last few months of the year being devoted to lowered stakes and constant looking ahead to next season is a dull one, so if the ‘Caps could at least make the following couple weeks a bit more entertaining to watch, that would be greatly appreciated. We can decide where to go from there. 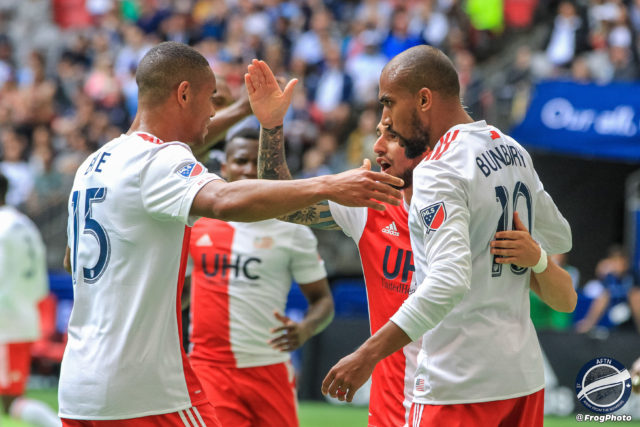