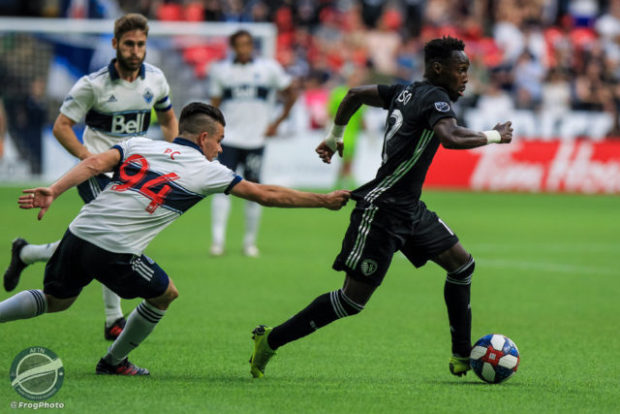 As we’ve all heard before, the definition of insanity is to keep doing the same thing over and over again and expecting a different result each time. Let’s face it, the Whitecaps have become predictable and the other teams have found us easy to defend and easy to frustrate as we try to move the ball forward. Despite this reality, we persist.

The only significant improvement in moving the ball forward of late has been the ability of Ali Adnan to break through on his own from time to time. For the sake of this article, I’m going to briefly acknowledge but then ignore this positive change. Rather, the focus here will be on the middle of the park.

Let’s look at the usual pattern. When one of our defenders gets possession of the ball, we tend to move it laterally and this is often done with limited purpose in mind (other than the neighbouring defender being open and thus able to receive the unchallenged pass). The lateral passes go side to side and often end up at the keeper’s feet.

Sometimes the ball is indeed moved forward to a midfielder who simply returns it to that defender or returns it to another defender (again without purpose). Russell Teibert has mastered this technique. His passing rate is high, but he achieves little.

Also, the receiving midfielder (if his name isn’t Inbeom Hwang), rarely if ever takes a quick glance to ascertain the proximity of the enemy or receives the ball and makes a turn. Worse yet, our midfielders are often static and won’t make a run to create a better passing angle to receive or make a pass.

Eventually the opposing players close in on the above participants (engaged in the charade of going forward with purpose) and the long pass downfield becomes the last perceived option. Usually, all of this culminates in a turnover and we find ourselves on the defensive once again. 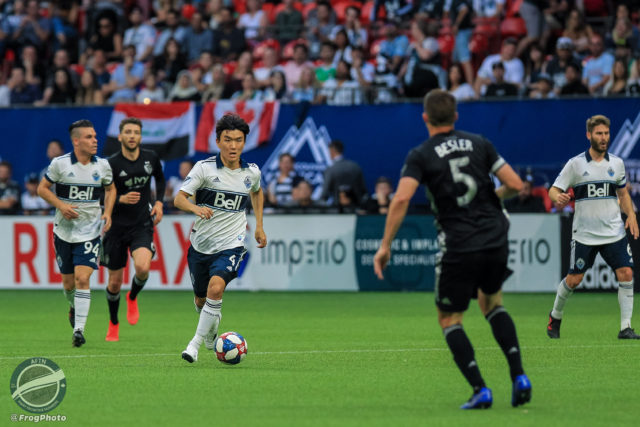 The above oft repeated scenario is the result of:

1. A lack of movement of our midfielders to create space, passing angles or reduce the space between the passer and the pass receiver.

2. A lack of technical skill in our midfielders to turn and to run with the ball at pace.

3. The bad habit of simply looking to safely dump the ball rather than receiving the ball and reacting with positive purpose.

5. A lack of desire or ability to make an incisive pass through the opposition (unless it is hoofed over the top).

One of the obvious results of the foregoing is a lack of service to the forwards. Without service, it is difficult to score. Not surprisingly, the ‘Caps are near the bottom of the table in that category.

Their 22 goals for is the worst in the West by six, the third worst in all of MLS, and a staggering 31 less than table topping LAFC, for whom Carlos Vela on his own is just three goals shy of Vancouver’s overall team tally, and one shy (at 17) of the Whitecaps’ total from open play.

When it comes to the lack of goals, many commentators have pointed the finger at our forwards, and in particular, Fredy Montero. The Designated Player leads the team with six goals, but four of them have come from the spot.

There is, of course, some merit to this finger pointing.

Our manager has reacted to the dearth of goals by moving Yordy Reyna from the wing to a more central forward role. While this has shown promise, we still can’t score with any consistency. The insertion of Theo Bair last game has also failed to increase the goal tally. 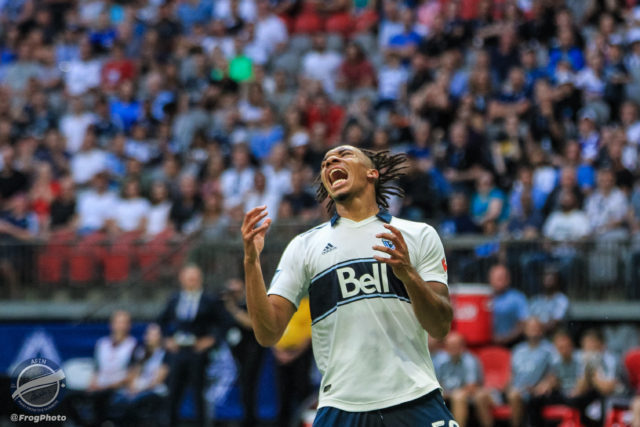 In addition to the less than stellar play of our forwards, I think another factor is at play. That is, we’re lacking in service to the forwards on the ground through the middle of the park.

While our management seems loathe to bring us new troops to help out, we could make a couple of easy changes which might speak to some of the concerns raised above.

First, I’d try something that we saw more of last season. That is, I’d move Reyna into the midfield to, in essence, partner with Hwang. This takes away the other teams’ ability to key on and shut down our sole midfielder who consistently looks forward and creates.

This also puts Reyna on the ball in the middle of the park where he has speed, confidence and technical ability. He isn’t nearly so inclined to simply dump the ball off with a purposeless pass as noted above.

Second, I’d demand that my midfielders constantly move off the ball. This is not an unreasonable demand.

Obviously, with our present roster, we cannot deal with the general lack of technical ability, lack of pace, and lack of savvy in our other midfield players. They simply don’t have those attributes. However, replacing a USL level midfielder such as Teibert, PC, Andy Rose or Felipe with Yordy Reyna brings a significant upgrade in all of those attributes.

Obviously too, Reyna will always have the desire and should be given the licence to go forward to support the attack when appropriate.

The movement of Reyna to the midfield will certainly result in his loss as a front runner and that is a shame. However, the Whitecaps are SIMPLY NOT SCORING ENOUGH doing what they are presently doing. And as I said above, the definition of insanity is…..