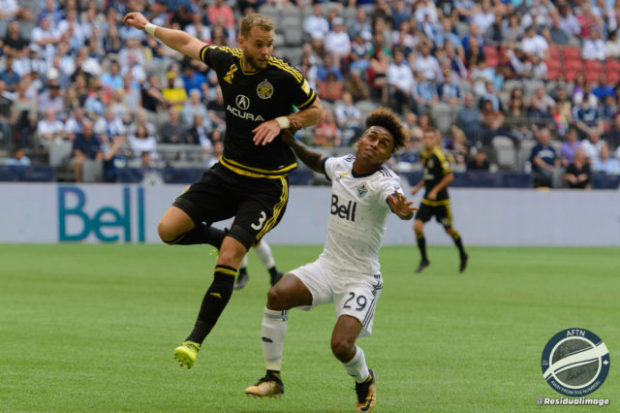 A win! Hooray! It took just under a month since the Whitecaps’ 1-0 victory over DC United for the club to grab another three points, but they managed to do it in style with a Fredy Montero 90th minute winner stabbing the final dagger into Houston’s disappointing season.

That win means two things: first, with just three matches remaining the ‘Caps are nine points clear of FC Cincinnati. That means – barring an insane win barrage from Cincy to end the year – the ‘Caps are safe from receiving the MLS wooden spoon award. Also, the ‘Caps total of 30 points is two higher than the 28 they earned in 2011, which means they are safe from recording a new worst season in the club’s MLS history.

That’s all well and good, but the ‘Caps have one more challenge they can accomplish this year: make it to a point-a-game pace. This pitiful target of 34 points from 34 matches means the ‘Caps need to grab four more points before the season is out, and looking at their three remaining matches, this Saturday’s clash with Columbus is their best opportunity to grab another win.

Not only are the Crew the worst remaining opponent the ‘Caps will face (tied with Houston for third-worst record in MLS), but this is a home match against a team that has had to fly across the country to get here. The ‘Caps might only be 5-4-6 at home this season, and they might have only won back-to-back games once all year, but this is a prime opportunity to do it a second time… and when has this club ever let us down?

All sarcasm aside, the ‘Caps have a good track record against Columbus: they have not lost to the Crew since 2011, going a sterling 5-0-2 against them over the last seven years. Interestingly, they are 4-0 on the road during this stretch and just 1-0-2 at home, with two 2-2 draws against the Crew in their last two visits to BC Place in 2017 and 2015.

Montero and Yordy Reyna combined for a goal and two assists in that 2017 match, and both will hope that they have Columbus’ number once again (Jake Nerwinski also provided an assist in that match, but his injury will make it a bit more difficult for him to replicate that on Saturday). 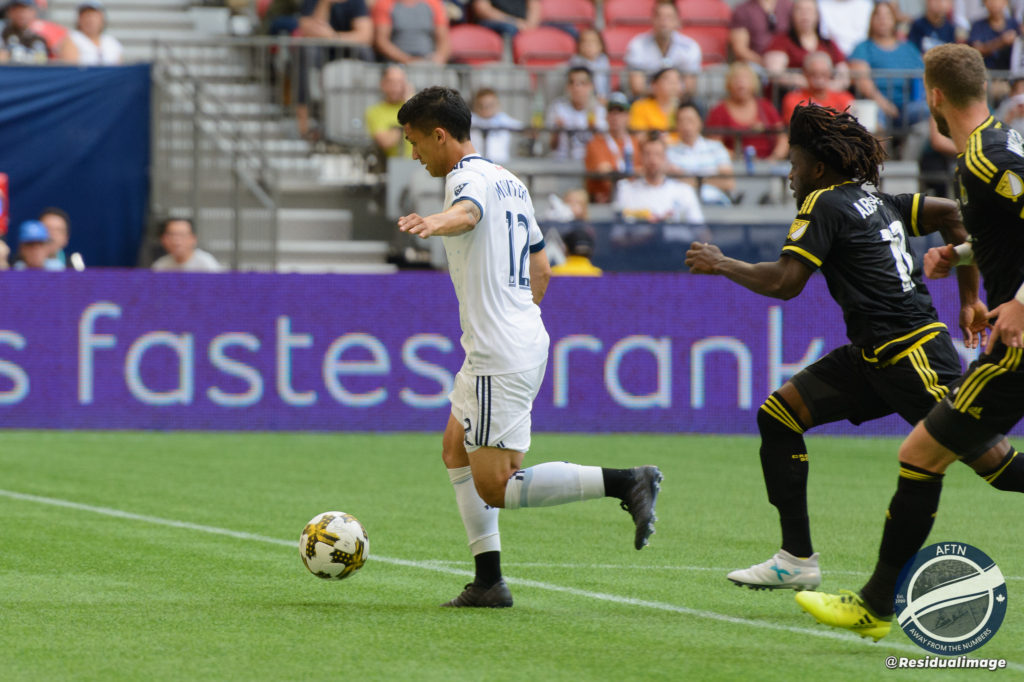 With regards to the starting XI, depending on the injury status of Maxime Crépeau and Nerwinski there’s a solid chance we’ll see an unchanged lineup against the Crew, though Marc Dos Santos might reward Montero’s heroics with a start over Tosaint Ricketts. In a surprising twist, Jasser Khmiri actually made the bench for the first time all year last weekend, but I can’t see him displacing Doneil Henry or Derek Cornelius just yet.

Really, the only thing I found puzzling about the starting lineup against Houston was Dos Santos’ decision to start Andy Rose as the nominal number six ahead of both Inbeom Hwang (pushed further upfield) and Jon Erice (benched). I know I ripped on Erice a bit in my last preview for his poor performance against NYCFC, but I’d still rather see him there than Rose, who has been exceedingly mediocre in whatever position he’s lined up in this season.

Aside from that, I don’t have any quibbles with regards the lineup, except for continued advocacy for more Theo Bair minutes. This is ultimate garbage time, after all: the end of a season that has been over for quite a while. At this point, we know all these players fairly well (except for Khmiri, and maybe Michaell Chirinos), and it will take quite the performance these last few matches for anyone to turn heads.

Columbus is in a similar boat, as they’ve long since lost any hope of a good season. They are, however, coming off an impressive 3-1 road win over Atlanta, and are 3-1-2 in their last six road matches. Gyasi Zardes (five goals in his last six appearances) and Pedro Santos (five goals and three assists in his last nine) lead the line, and though they haven’t recorded a shutout in over two months, they’ve only been shutout themselves once in that time.

This is the Whitecaps’ second-last match at home, both of which kick-off in the early afternoon for some reason. We’ll see if this unusual start time helps or hinders the ‘Caps, and hopefully they’ll be able to string a couple positive results together. I feel like I’ve written the second part of that sentence plenty of times throughout this season…maybe the umpteenth time is the charm?