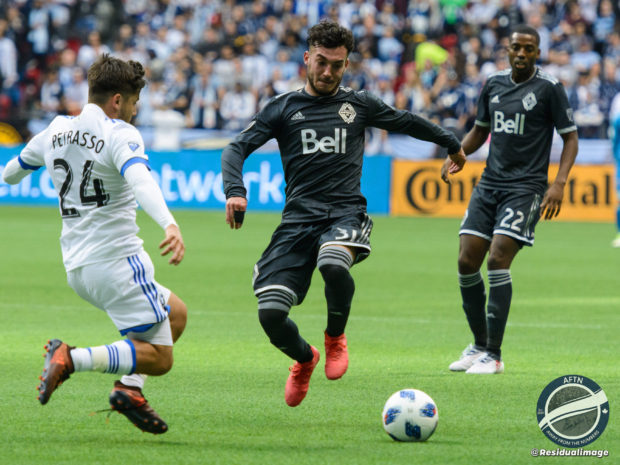 Brian Burke once said after a miserable string of games from his Toronto Maple Leafs that had been preceded by excellent results and great promise, that he had never seen such a collapse in his life. That it was like an “18-wheeler going right off a cliff”. Despite the way last season ended – playing for the draw in the home leg and losing the away match – 2017 was a year which brought hope to Whitecaps fans. This season has eradicated all of those hopes entirely, with the latest embarrassing defeat to a woeful Seattle Sounders team seemingly setting that in stone.

The year is, for all intents and purposes, a wash – and Alphonso Davies, the best show in town, is heading for greener pastures (and real grass) with a move to European powerhouse Bayern Munich, although he looks to be hanging around for a few months for his farewell tour.

Although prior evidence may be to the contrary, you have to hope that the money from the sale of the best young player in North America, rumoured to be between 12 and 18 million US dollars, will be reinvested into top quality players to make contenders out of this faltering Whitecaps team, but if that’s the case, we likely won’t be able to reap the rewards from the record-breaking transaction until next season at the earliest.

With that in mind, the Canadian Championship gets a little bit more meaningful – success in the 2018 competition brings something to look forward to in the early months of the 2019 season. When the Whitecaps experienced a bit of success in the 2017 CONCACAF Champions League, making it to the semi-final, it brought excitement and hope to the city, garnering interest for the excellent MLS regular season that would follow, when the Whitecaps made a late push and ended up top of their conference until the final matchday. Having the Champions League again next year would frankly be excellent, and the recent success of MLS teams – notably Canadian ones – in knockout stages of the tournament bodes well for another run in the season to come.

It also goes without saying that there hasn’t been really much to celebrate this year besides the breakout of the now departing Davies, so being able to lift a domestic trophy would feel quite good amidst the doom and gloom surrounding the club’s woeful MLS performances over the last couple of months. I’m all-in on the Canadian Championship – but where does that leave us for Wednesday?

Unsurprisingly, Robbo played for the draw at Stade Saputo with a negative playstyle and even more negative substitutions, and as a result the ‘Caps are down a goal after the away leg. The Whitecaps are not incapable of winning a game by more than two goals, but they must play offensively and create chances. If they sit back even a bit, Montreal’s capable offence will overwhelm them.

With Davies reportedly in Philadelphia to meet his new teammates, he won’t be in the 18 named to face the Impact, severely limiting the Whitecaps’ offensive potential, creativity, and spark off the bench. 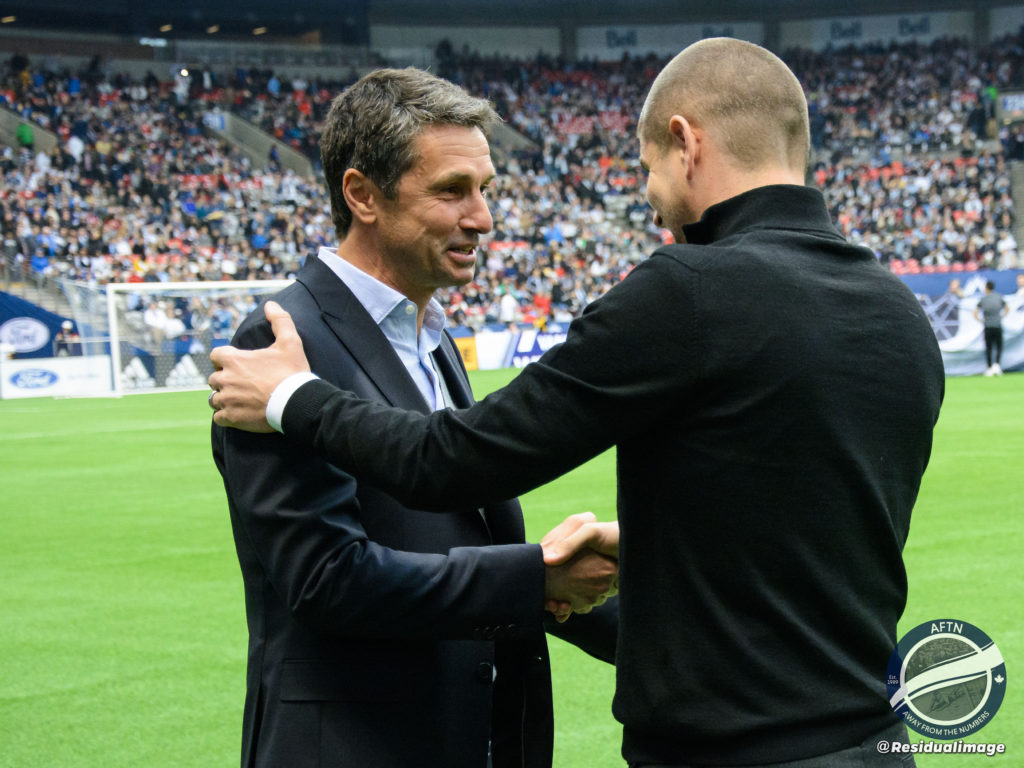 Robinson has two options when it comes to his approach to the match – go with the fringe guys we saw last week, focusing more on the visit of Minnesota at the weekend, or to go out all guns blazing with a full strength line-up that will take the game to Montreal.

I’m expecting the line-up to be largely – if not entirely – the same as the one from a week ago, but hopefully I’m proved wrong.

That could mean the Aly Ghazal at centre-half experiment will continue alongside the out of favour Aaron Maund. That would be a huge risk and the way to go would be to go strong, with captain Kendall Waston marshalling the backline alongside either Canadian Doneil Henry or Jose Aja, who is fresh from not playing in Seattle on Saturday.

Experience should be the focus for this one, so that may see Sean Franklin getting a run out at right back. Jake Nerwinski was one of only two Whitecaps outfield players to start both the away leg on Wednesday and the Sounders match at the weekend. The other was Cristian Techera, although with Davies unlikely to play Robbo may be forced to select him again.

David Norman Jr impressed in his first team debut but will he get a second look in the home half of the tie? If he does, it will be alongside Russell Teibert, who hasn’t been especially busy as of late. But if the ‘Caps go with a strong center back pairing, that will free up Ghazal to partner the young Canadian in the defensive shield.

Other than the potential change of Franklin for Nerwinski, I fear the line-up will remain unchanged, although I would hope that the substitutions are a bit more positive than they were a week prior, especially if the Whitecaps are still down a goal around the two-thirds mark.

Last week’s front two of Nicolas Mezquida and Anthony Blondell simply didn’t work. It won’t be a surprise to see them again, however, but if Robinson really wants to send a message as to how seriously he is taking this competition, he should be putting out Kei Kamara, either with Blondell or alongside Yordy Reyna.

A dark horse to crack the XI, in my opinion, is Brian Rowe – Marinovic looked a bit poor at the weekend, is coming off an injury, and played in both the Impact and Sounders matches. How fresh he is could be the deciding factor there.

The Impact completely outclassed the Whitecaps in the first leg and will not want to change their line-up too drastically either. If you’re Remi Garde, you want to maintain the exact same level of pressure from the last match right from the off and overwhelm a potentially weaker midfield and defence that the ‘Caps may run out.

Anthony Jackson-Hamel played a blinder in Montreal and was incredibly unlucky not to get onto the scoresheet, and his pressure could be just what the Impact needs to stifle Vancouver’s hopes of surmounting their one-goal deficit. Much like the Whitecaps, the Impact had a first-team debut of their own in 19-year-old Mathieu Choinere, who impressed in limited minutes after coming off the bench in last week’s game. Perhaps Garde will feel he has earned the opportunity to start opposite Norman Jr, with the Impact in an advantageous position heading into the second leg.

I really, really hope the ‘Caps can pull this one off. To do that they need to go with the stronger line-up option. It feels like everything has gone wrong this season, and with Davies headed for the glory of one of Europe’s giants, things may be about to get even worse in the league. A cup final would go a long way towards easing the sting of a promising season gone to pot.